Glastonbury festival-goers strip off as festival bakes in scorching heatwave

GLASTONBURY Festival-goers are stripping off today as the temperature soars and the heatwave takes hold of the UK.

The mercury is set to rise to 30C tomorrow – nearing the hottest ever festival record – after a 28C scorcher today. 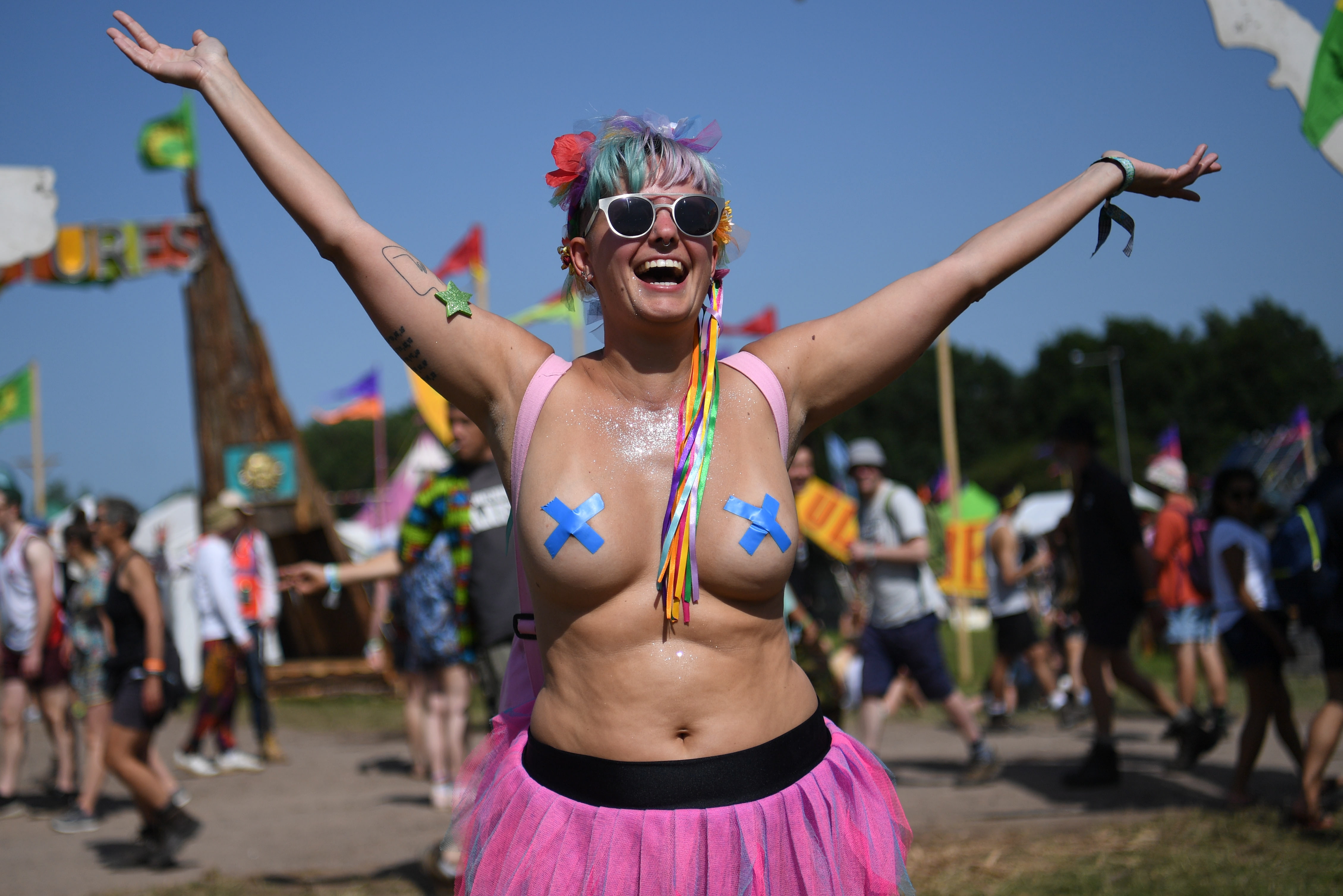 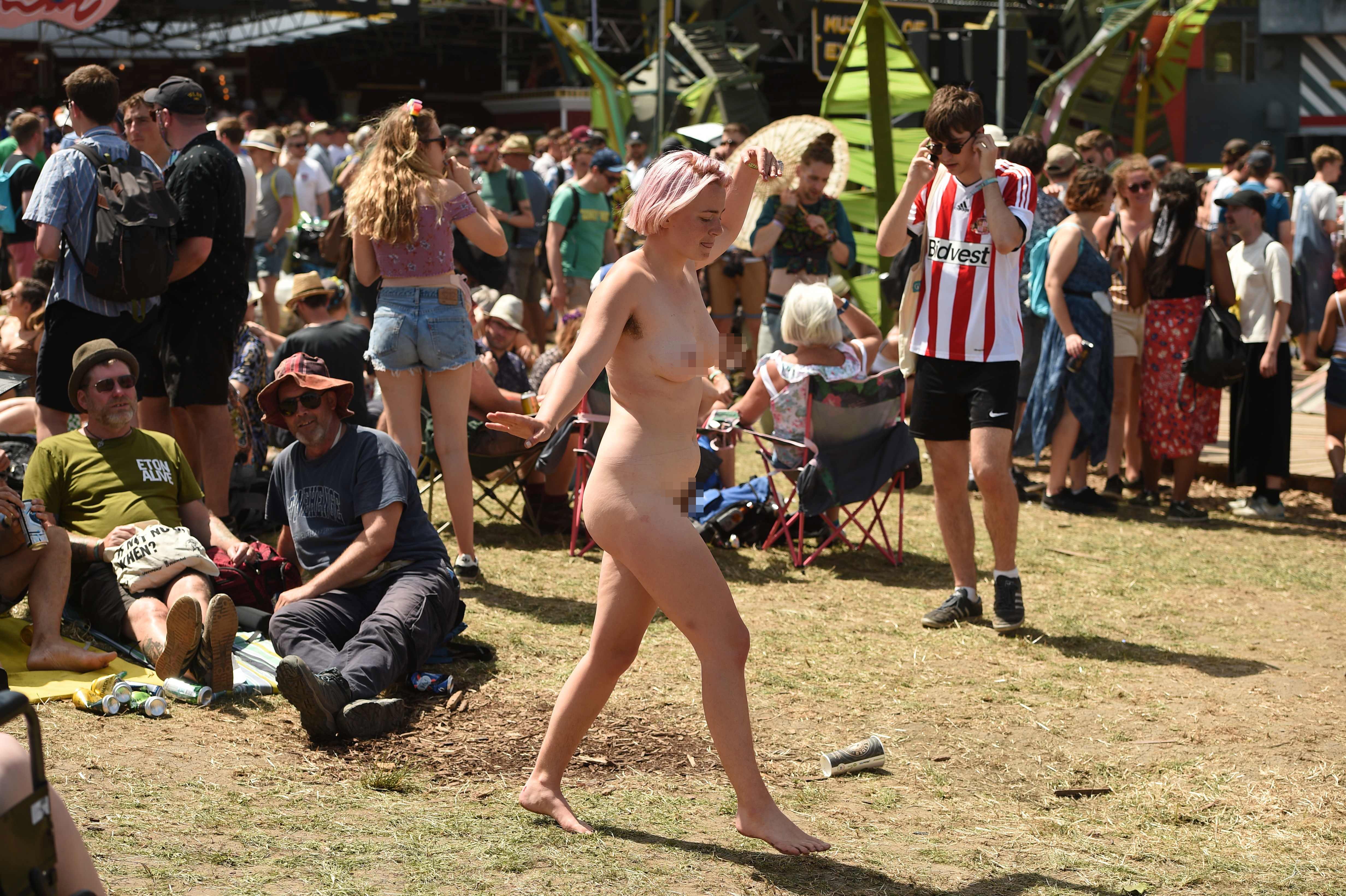 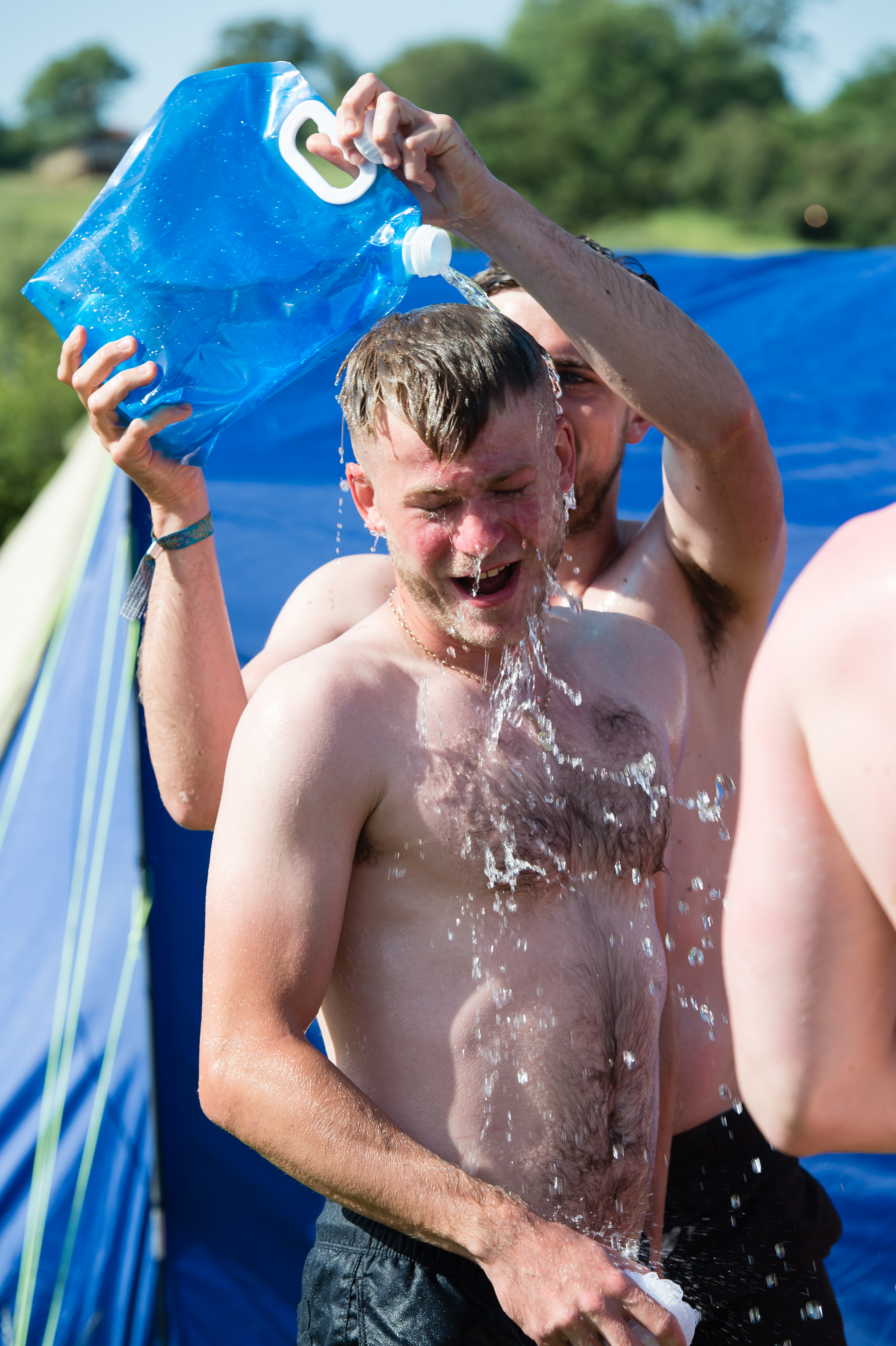 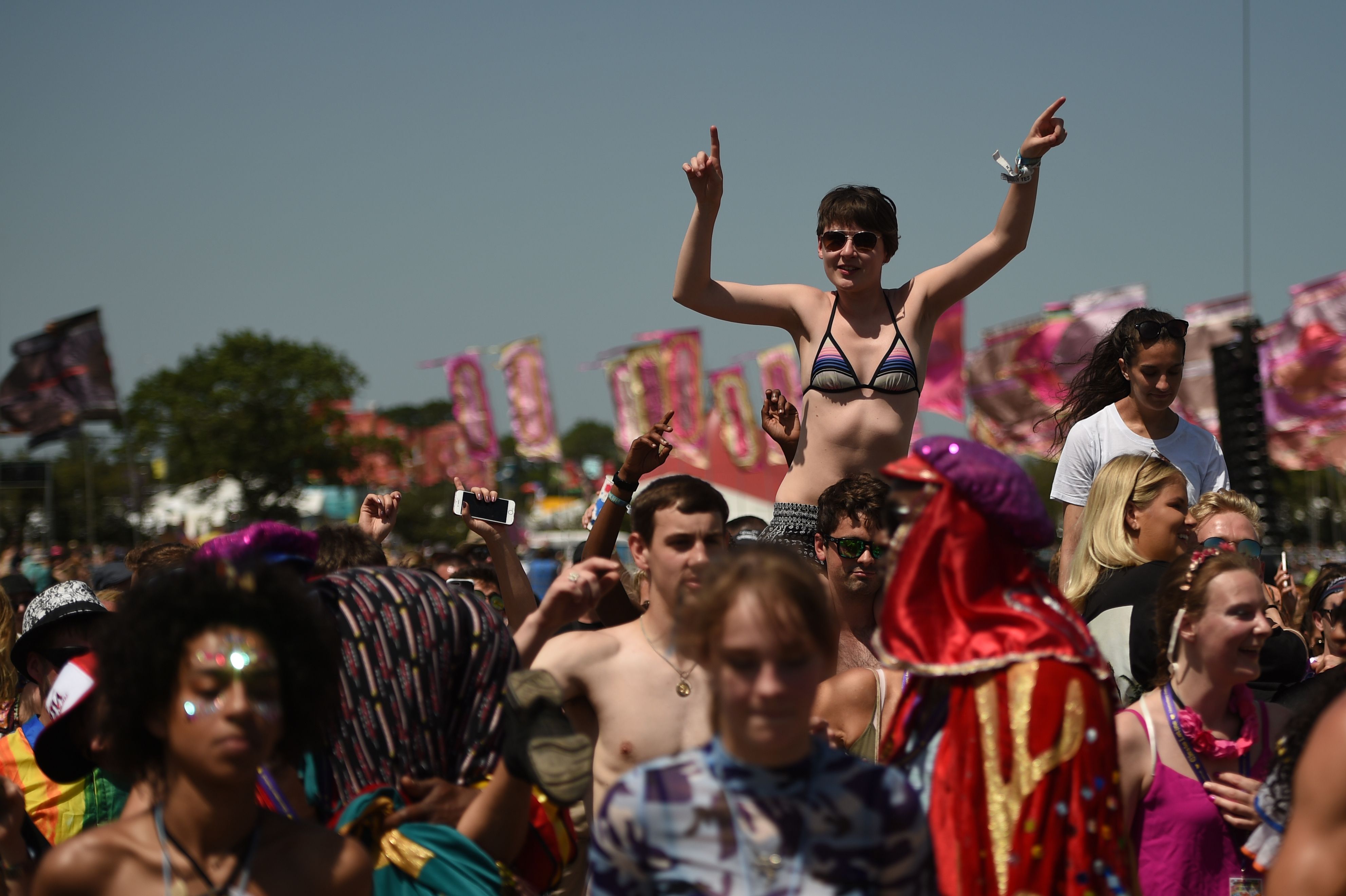 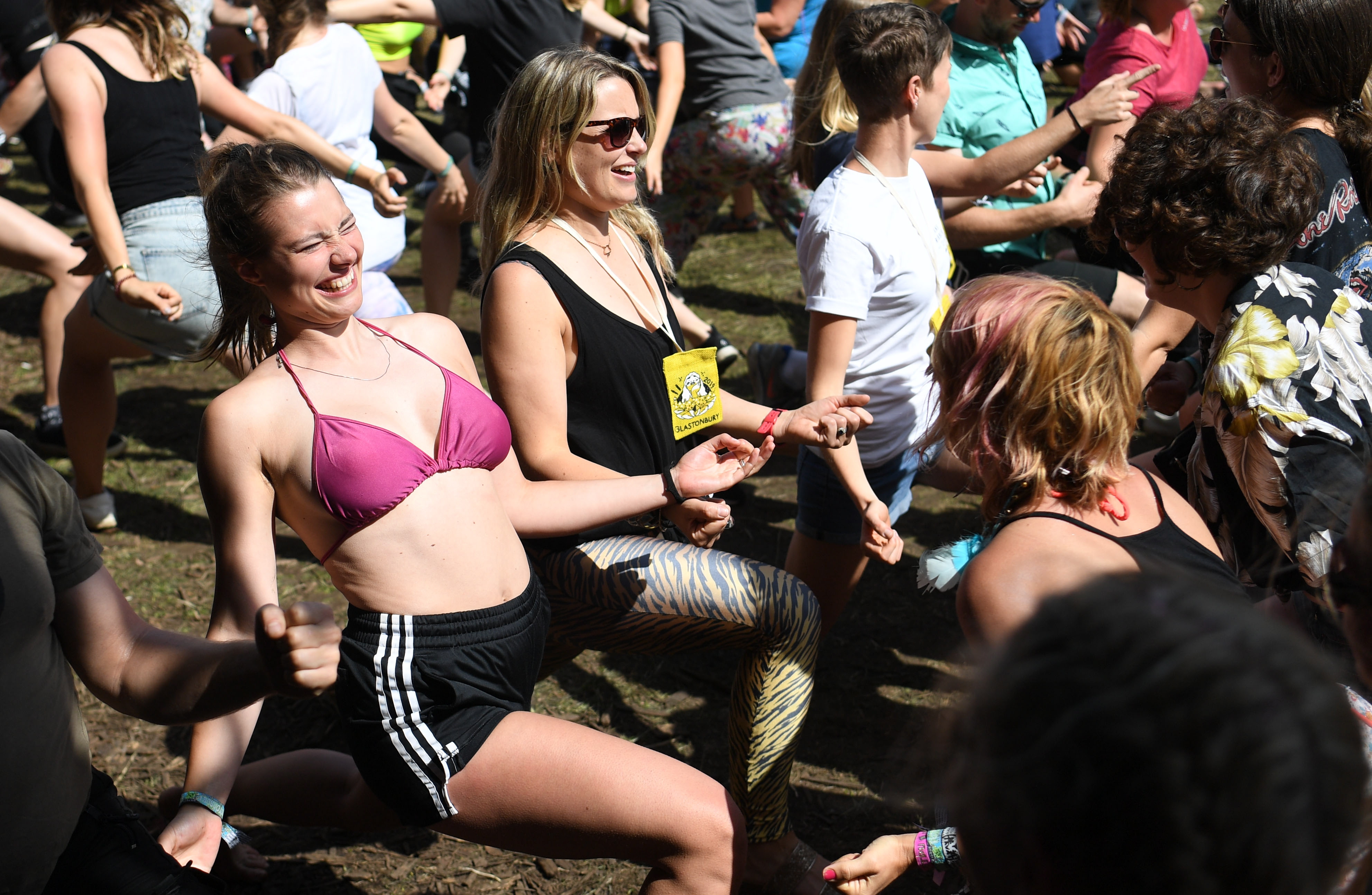 Thousands have donned bikinis and ripped their tops off as the site heats up, with many seen cooling down by pouring water over themselves.

Hot air from Europe is sweeping into the UK bringing a blistering heatwave – as forecasters warn festiver-goers to take care in the heat.

"The weather looks great – marvellous. Thank you for coming. Welcome to Worthy Farm."

Met Office forecasters have warned of a "danger to life" African heatwave approaching – as temperatures across the UK could hit 33C over the weekend.

Temperatures at Glastonbury are likely to stay warm over the weekend, after hitting 28C today – an unexpected change for annual revellers used to the rain and mud the festival has become known for.

The hottest day recorded for the festival was in 2017 when temperatures reached 31C on the Wednesday.

A Met Office health advice page warned: "Healthcare services will be working to ensure readiness and swift action to reduce harm from a potential heatwave.

"Heatwaves can be dangerous, especially for the very young or very old or those with chronic disease." 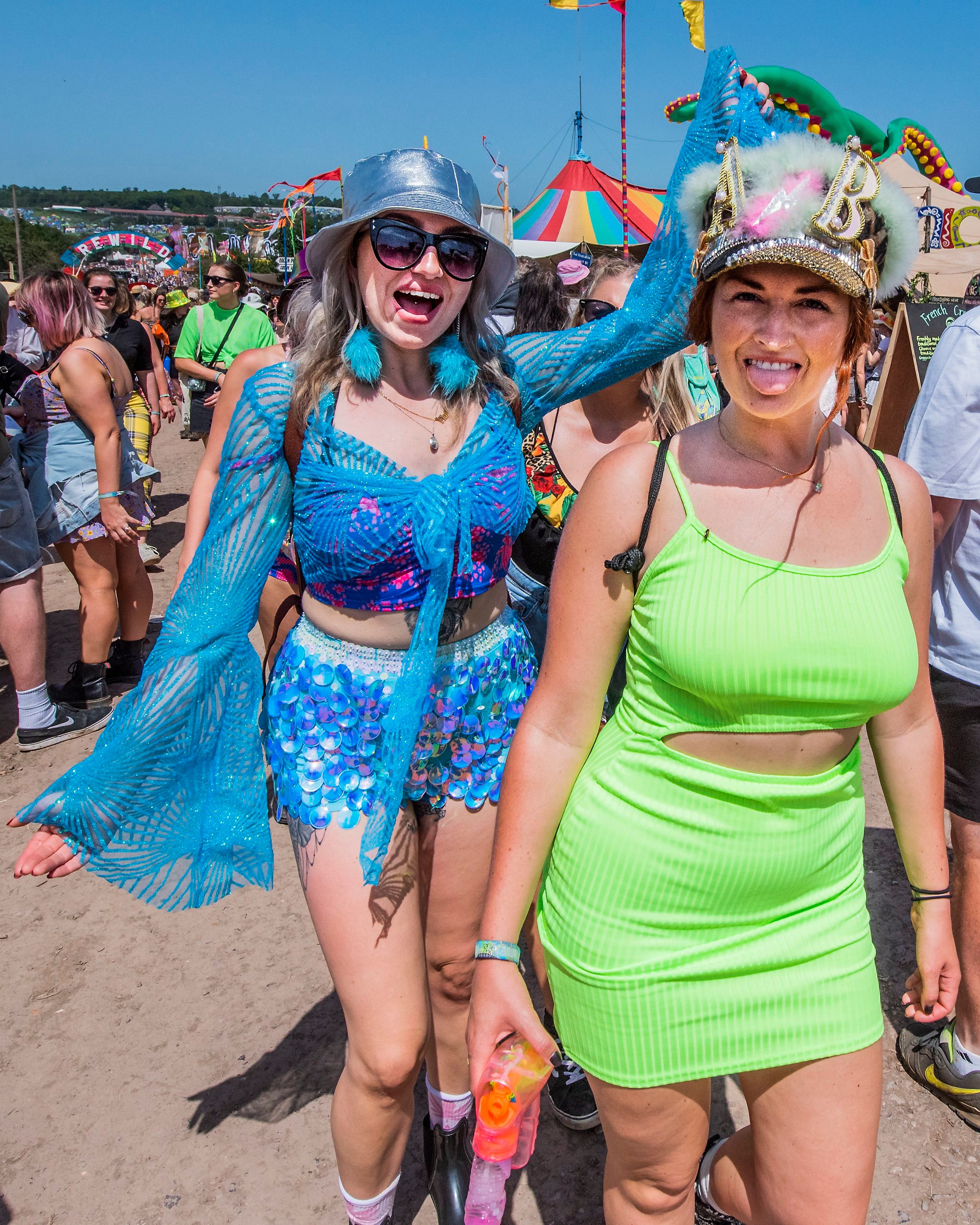 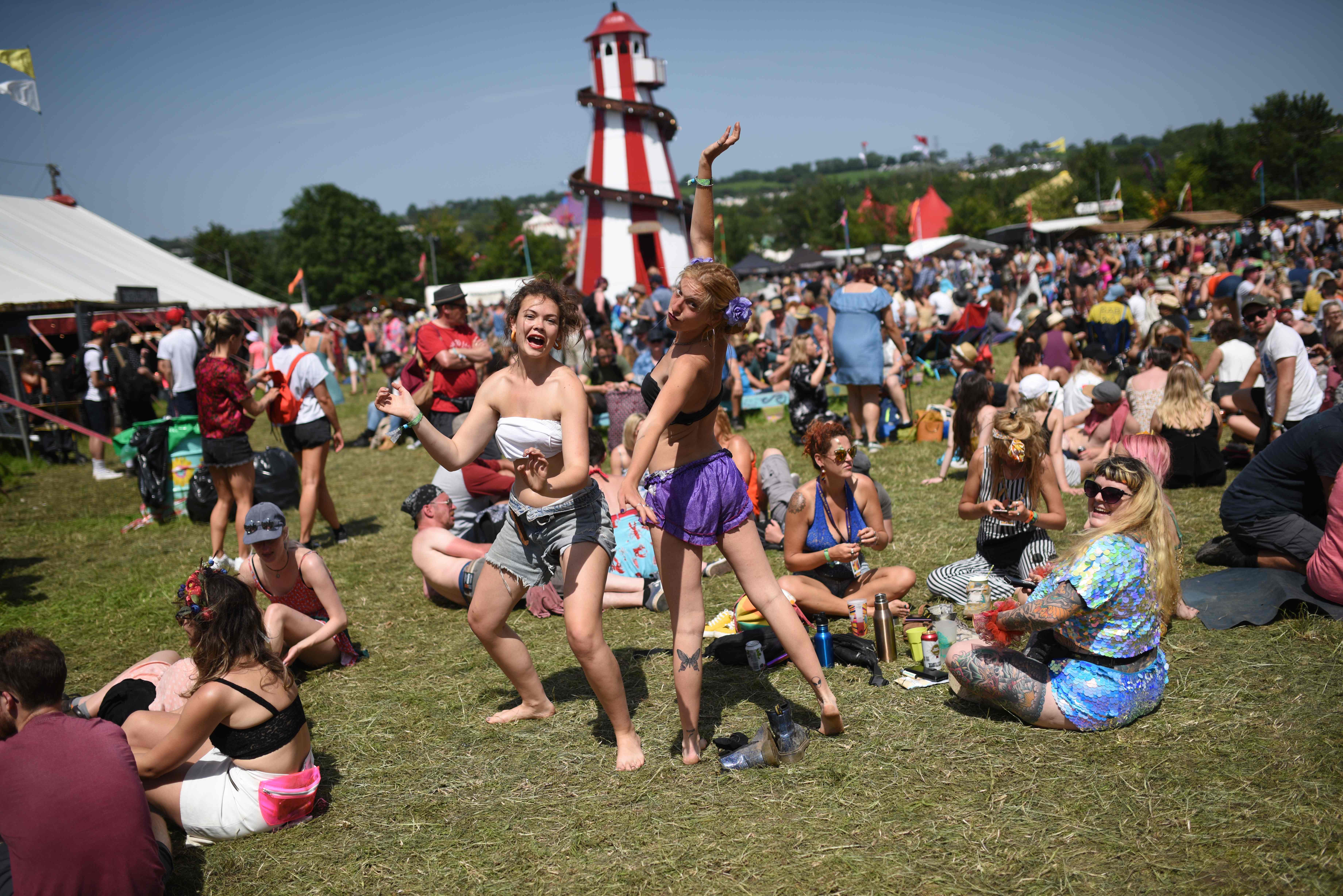 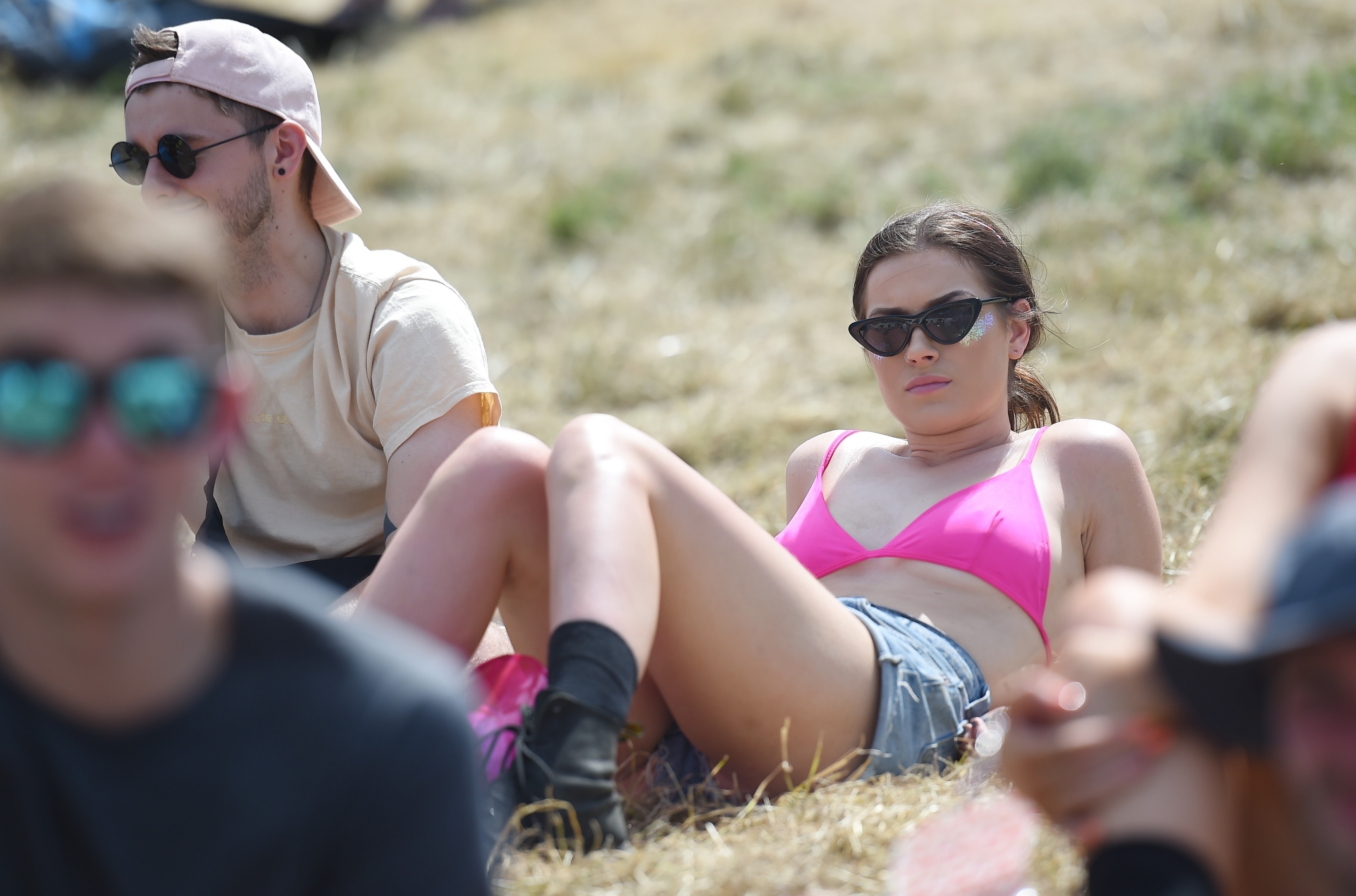 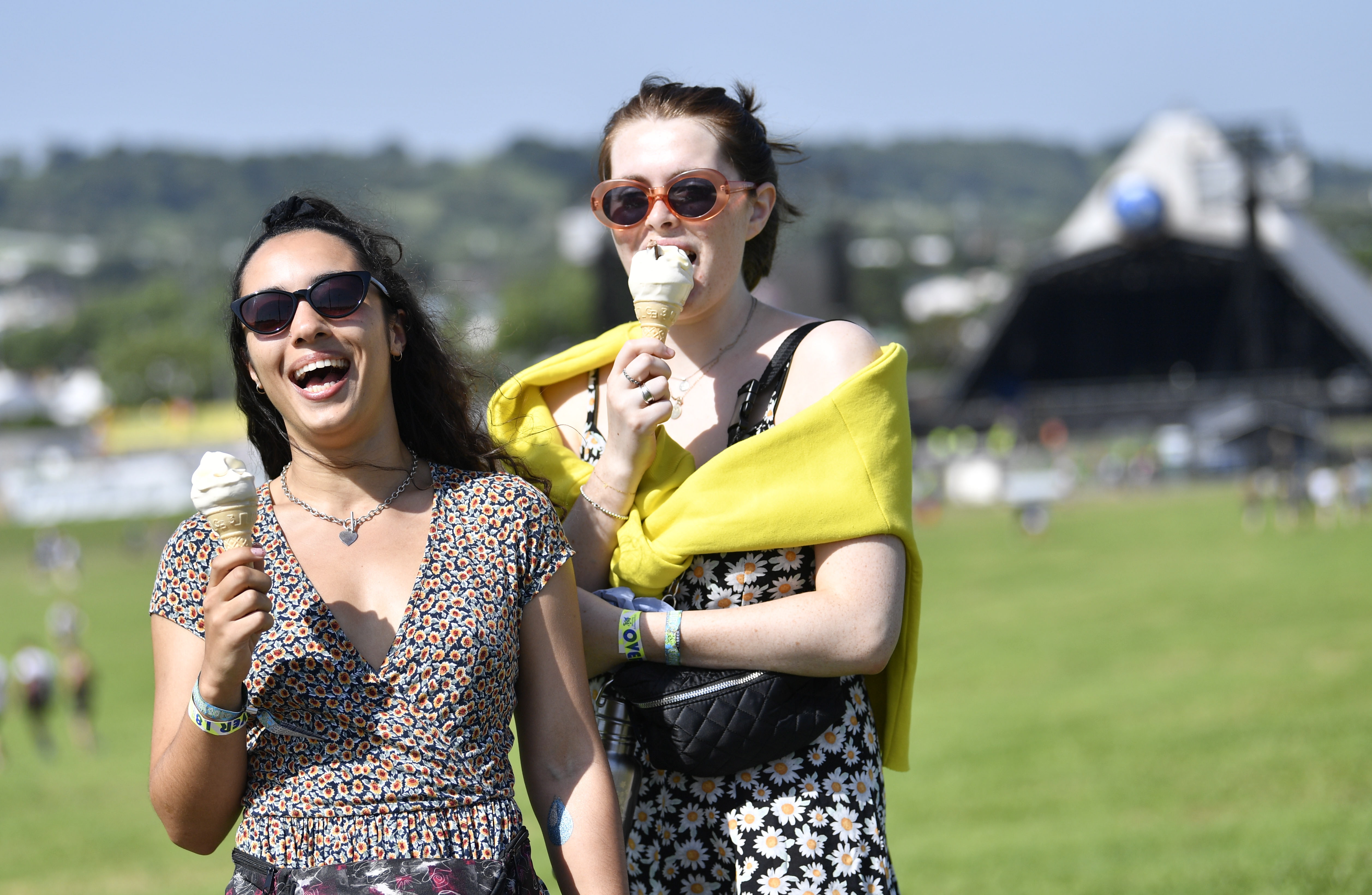 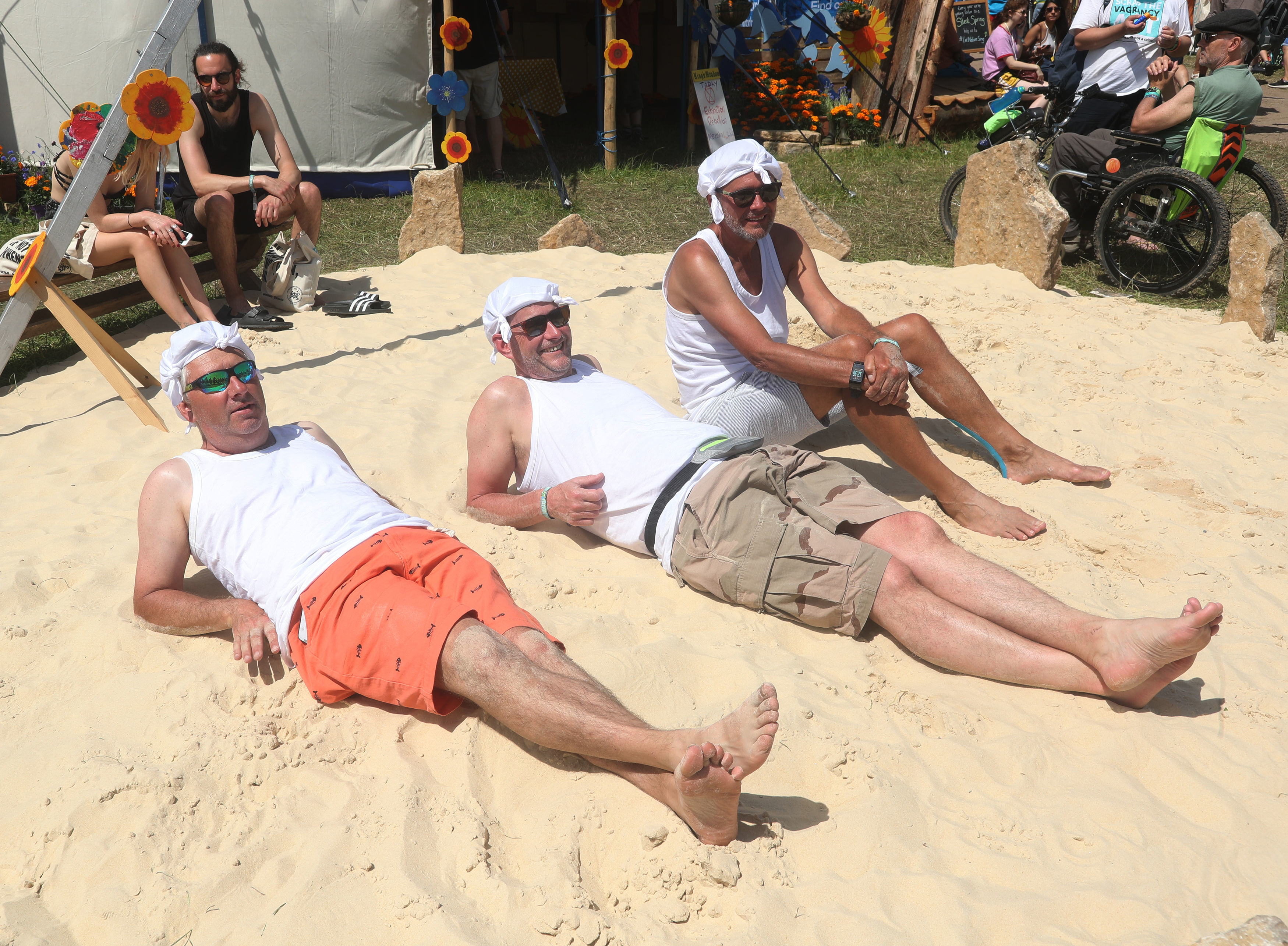 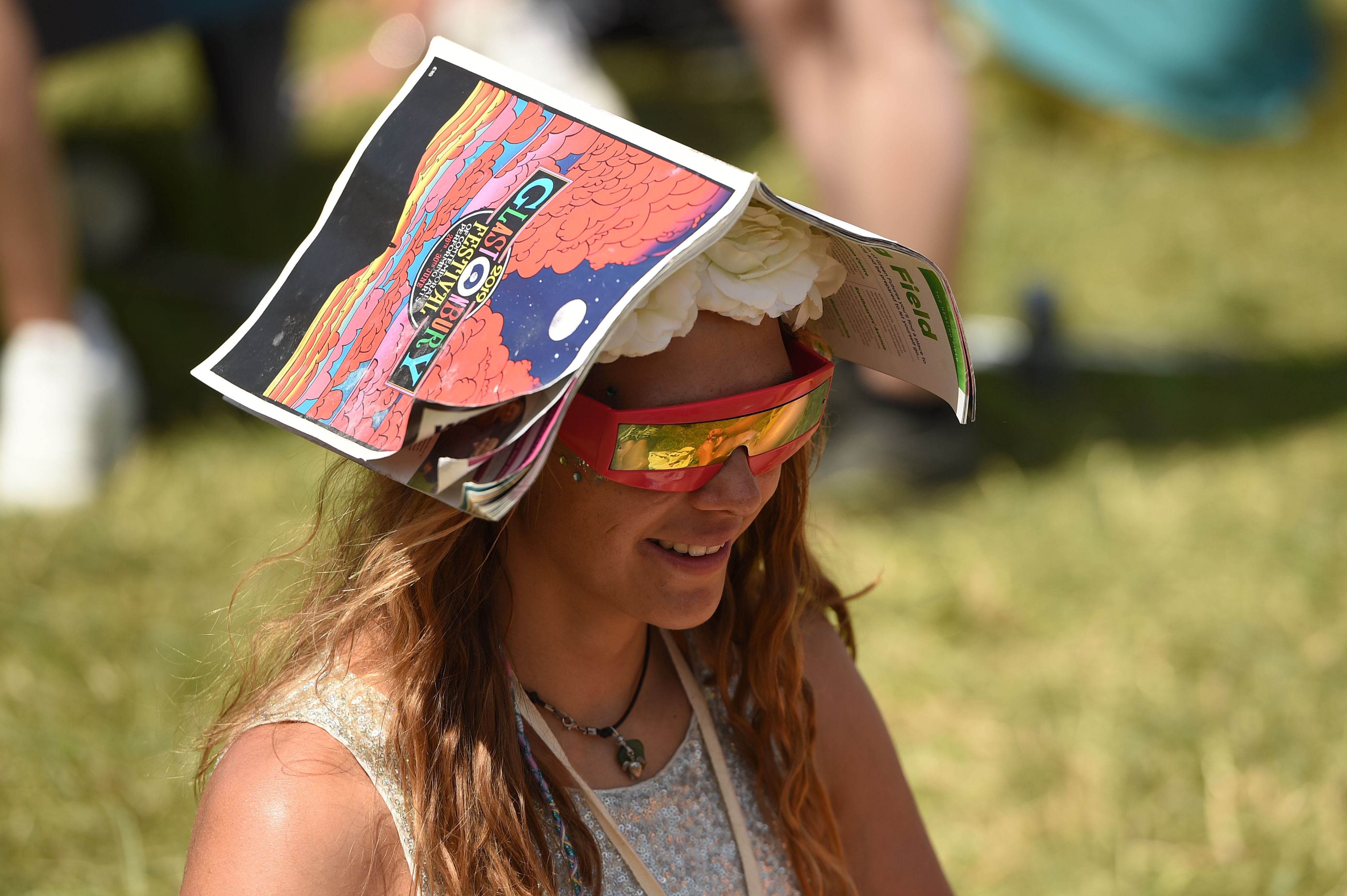 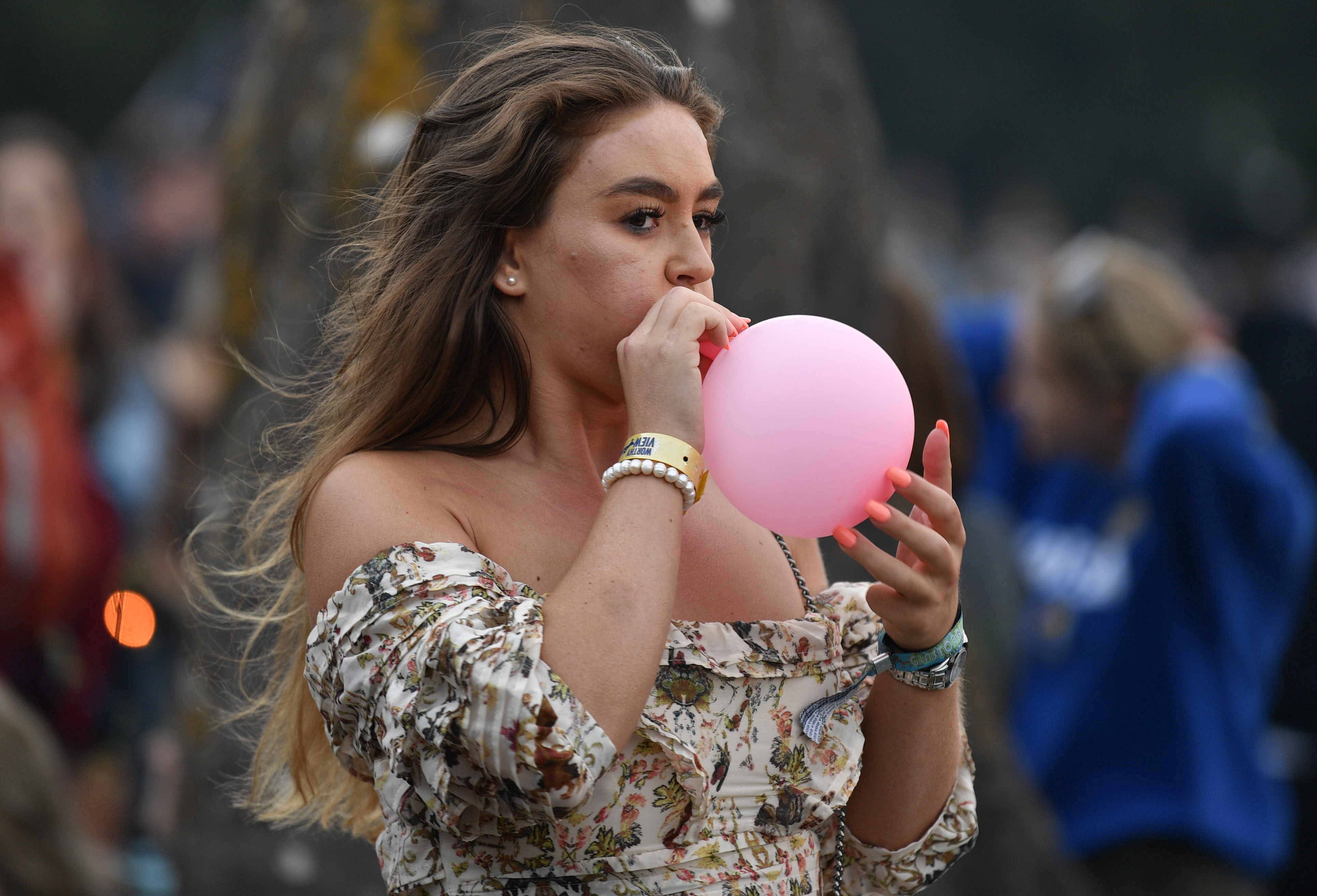 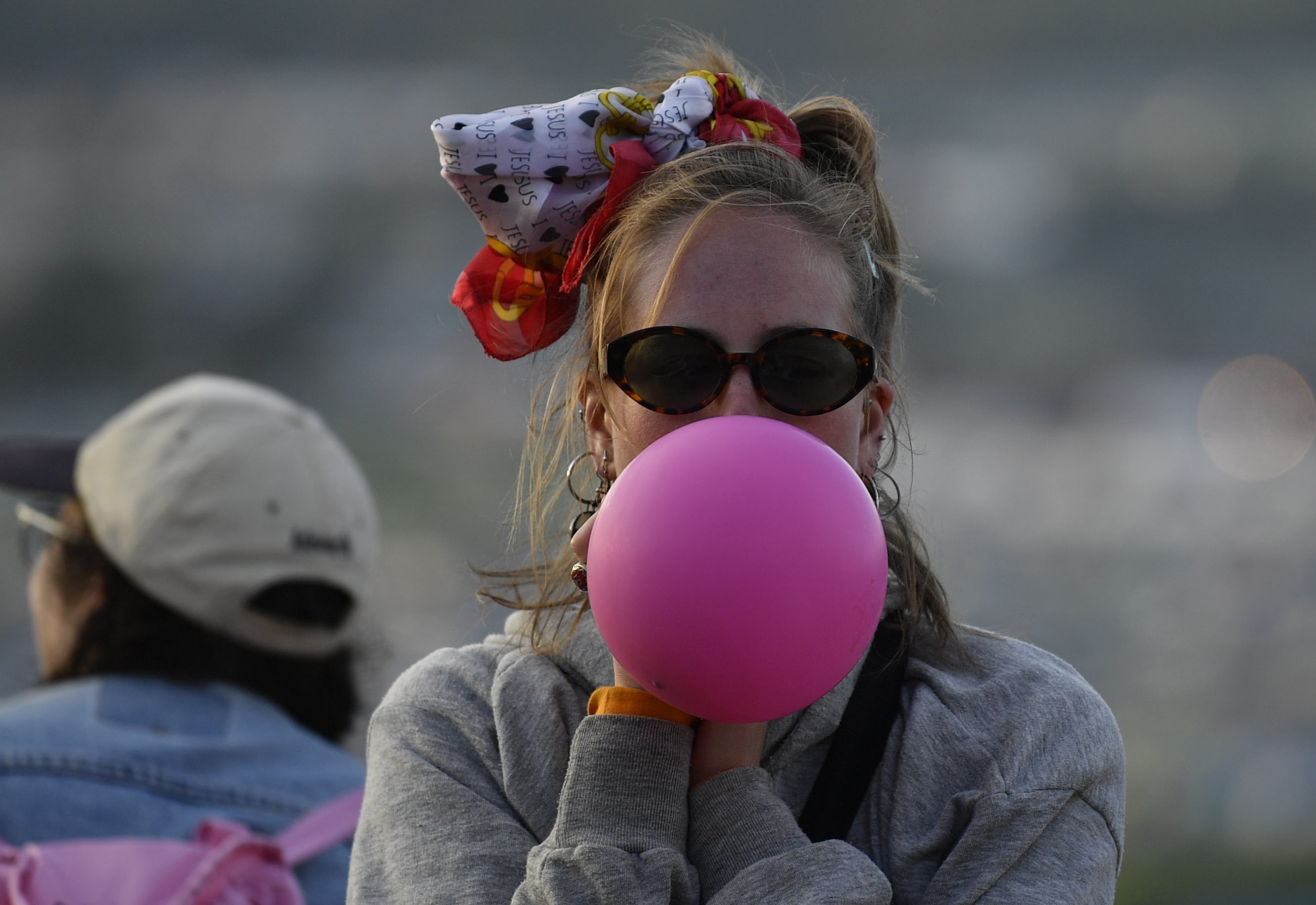 Although the music doesn't begin officially until Friday, thousands have already pitched their tents and got stuck into the festival.

Many attendees are sunbathing, while others enjoy ice creams and regular stops to the WaterAid water kiosks to refill their containers.

A warning for strong winds has been issued, with gusts of 50mph likely today in Cornwall, Devon and Somerset – where Glastonbury's being staged – so festival fans will be tricked and not realise how hot the sun's rays are.

"It's important to be aware of the high levels and take action, including applying protection and wearing a hat and sunglasses."

The Met Office has issued a Level 2 alert for the south-west, including Glastonbury, with temperatures set to top 30C over the coming three days.

On Saturday, Liam Gallagher, Janet Jackson and Hozier will take to the Pyramid Stage, while, Vampire Weekend and Miley Cyrus will perform there on Sunday.

Stormzy, The Killers and The Cure are headlining the event, which is the largest greenfield music and performing arts festival in the world.

Standard tickets for this year's event sold out in just 36 minutes. 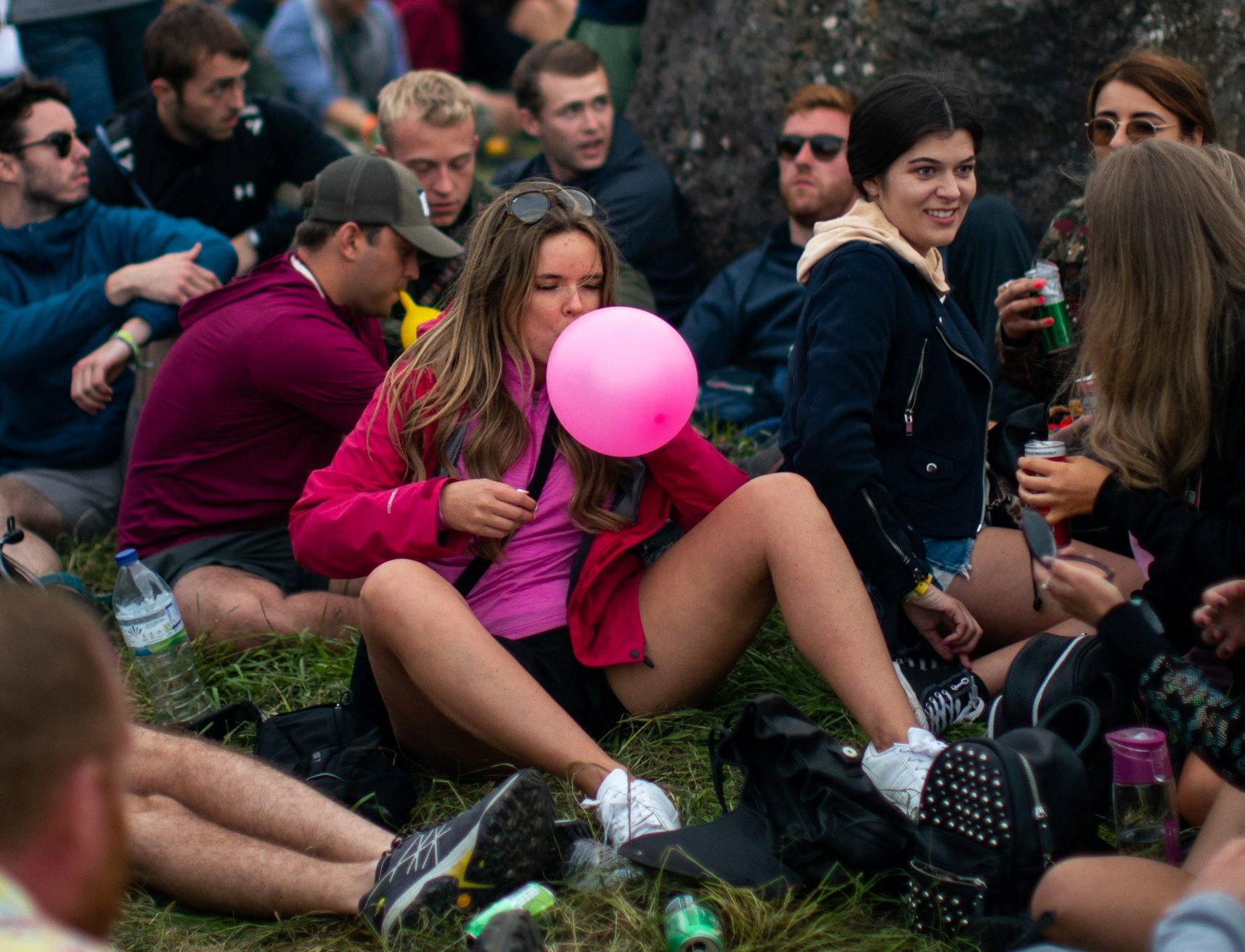 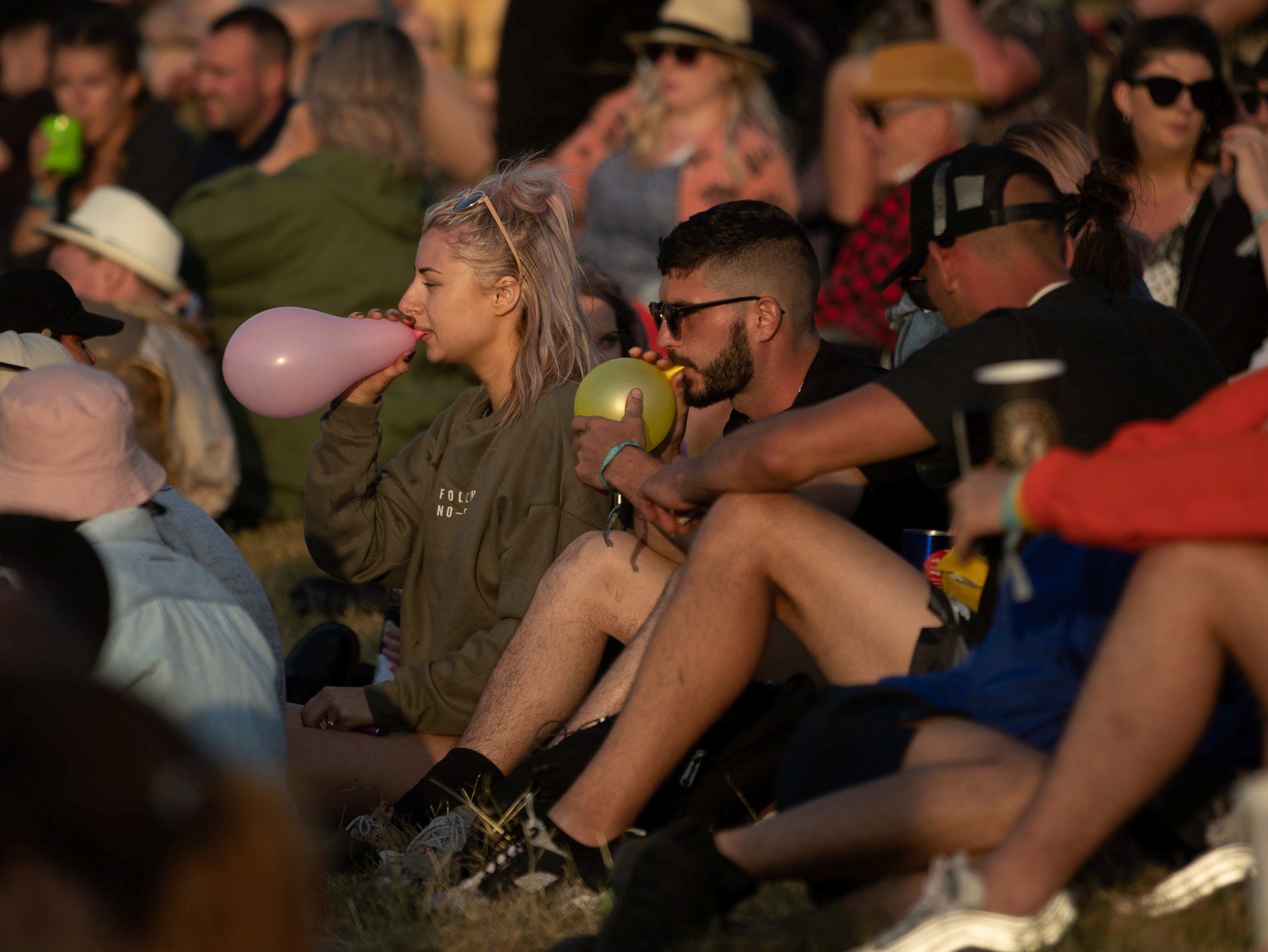 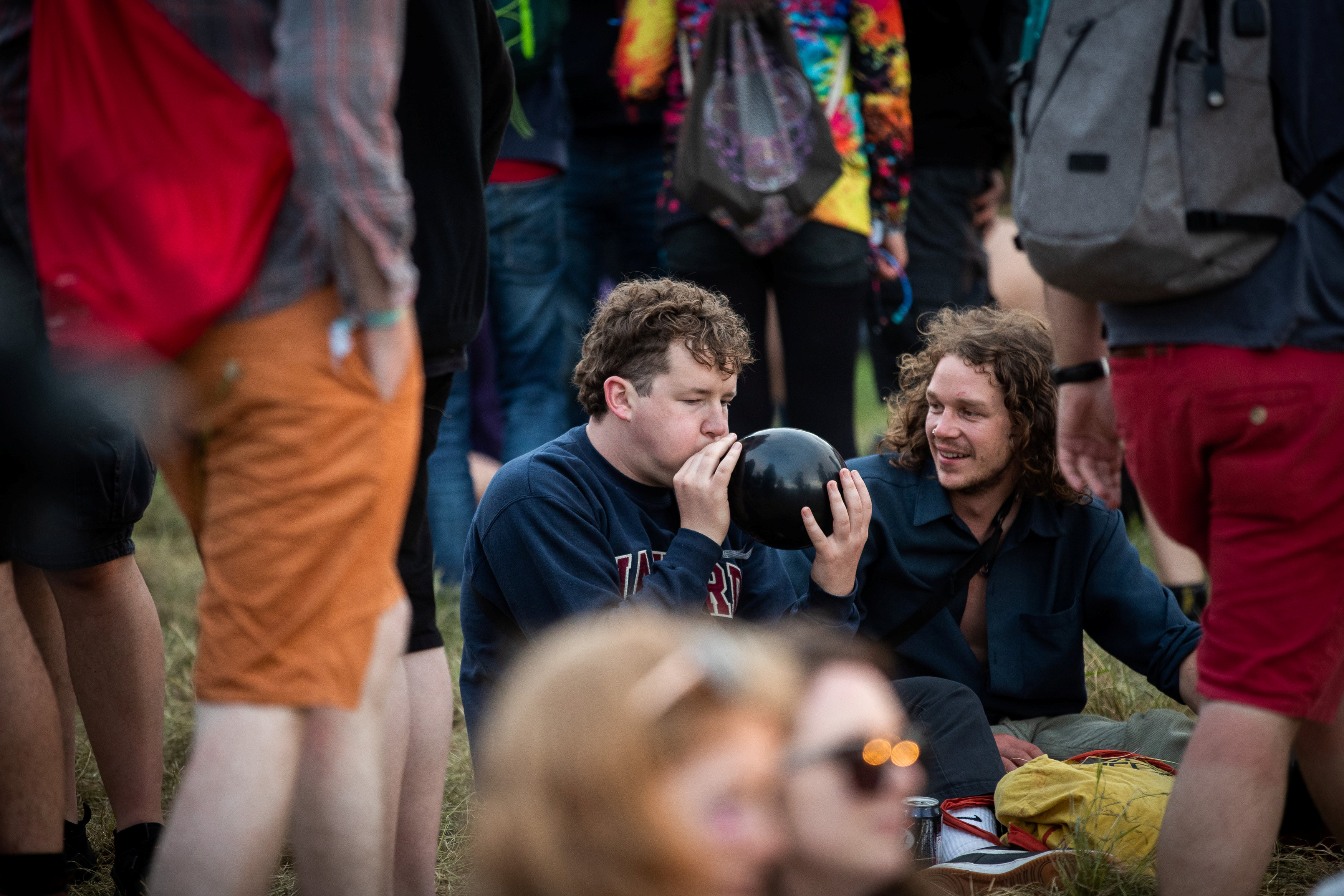 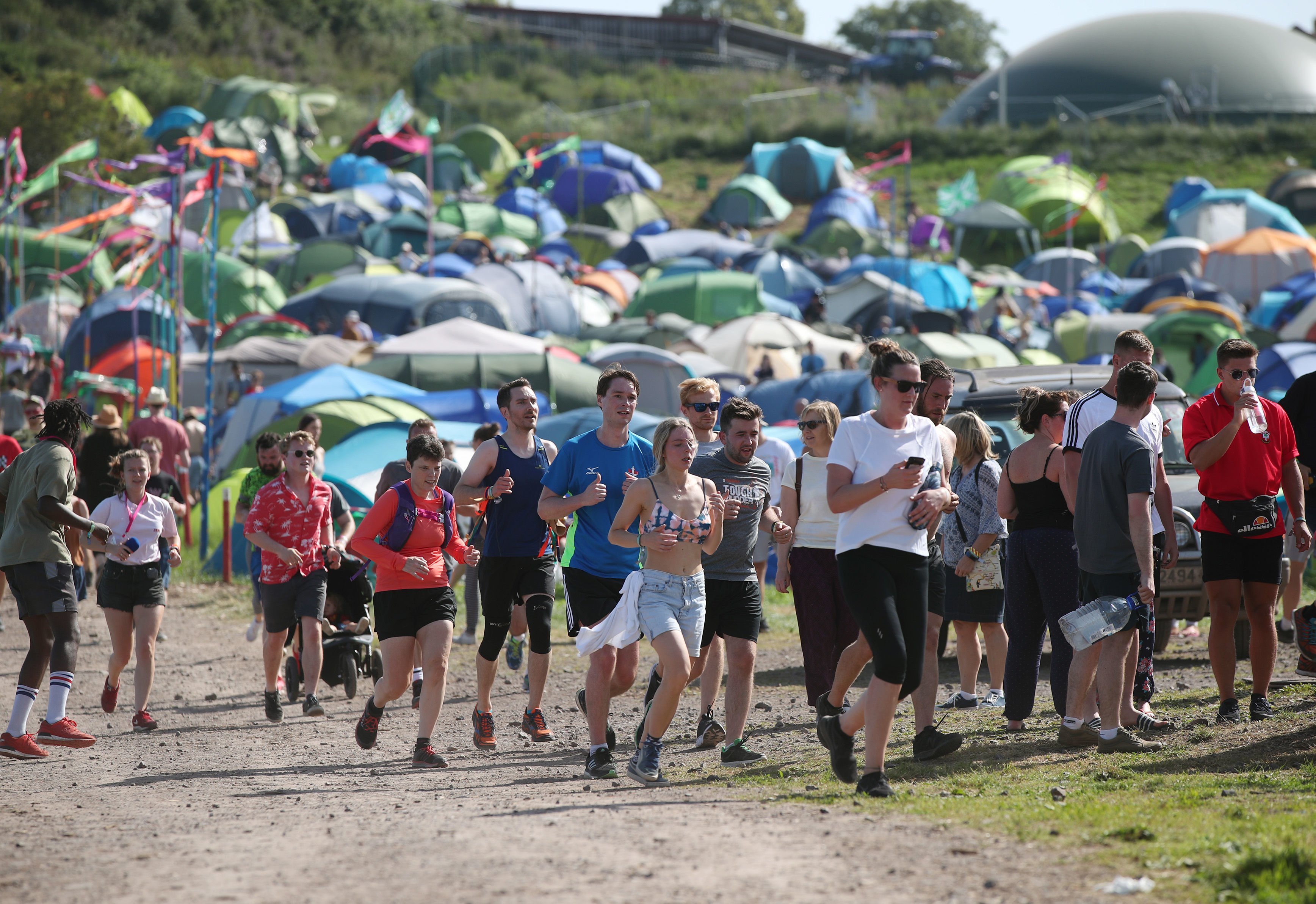 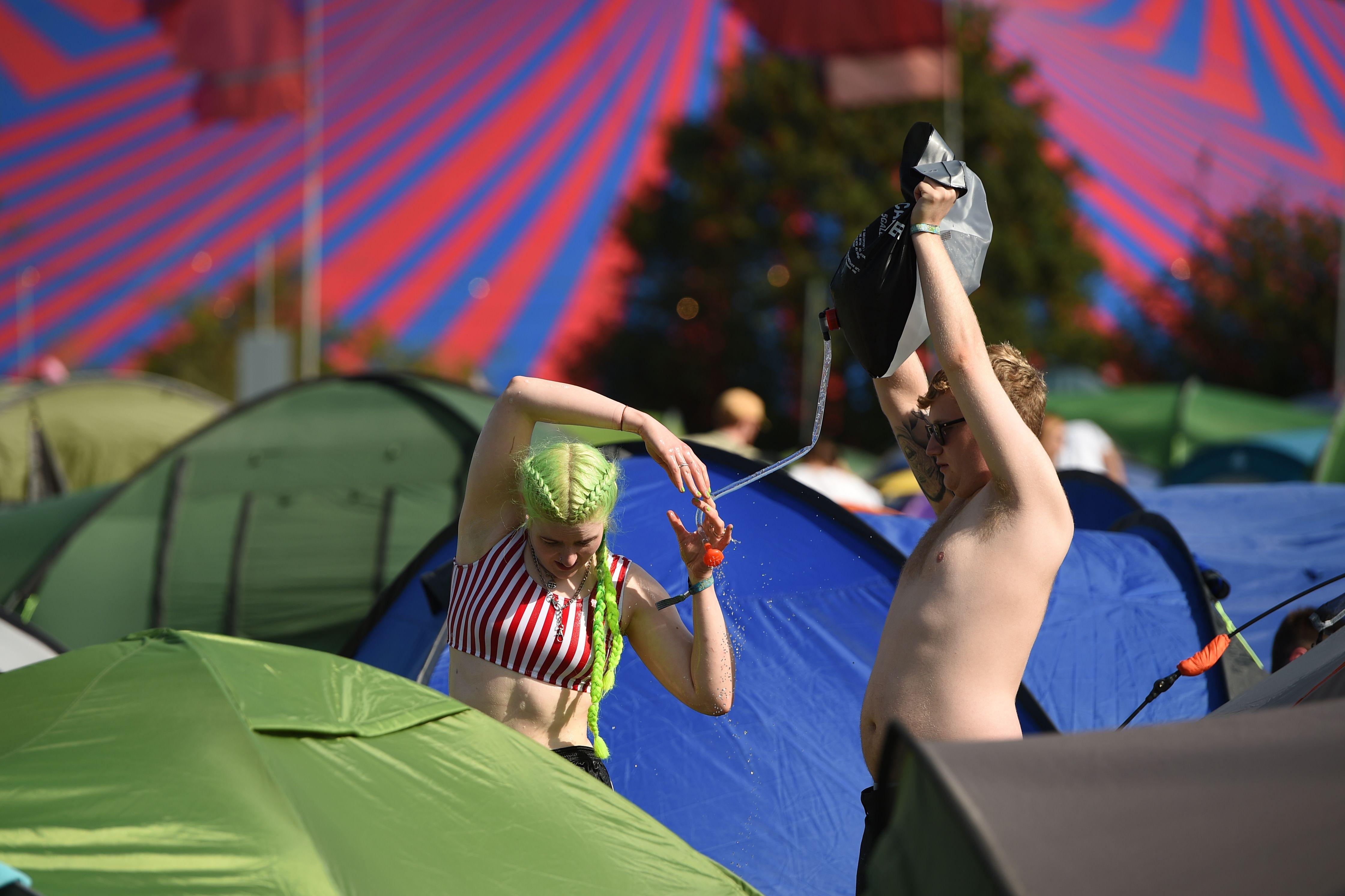 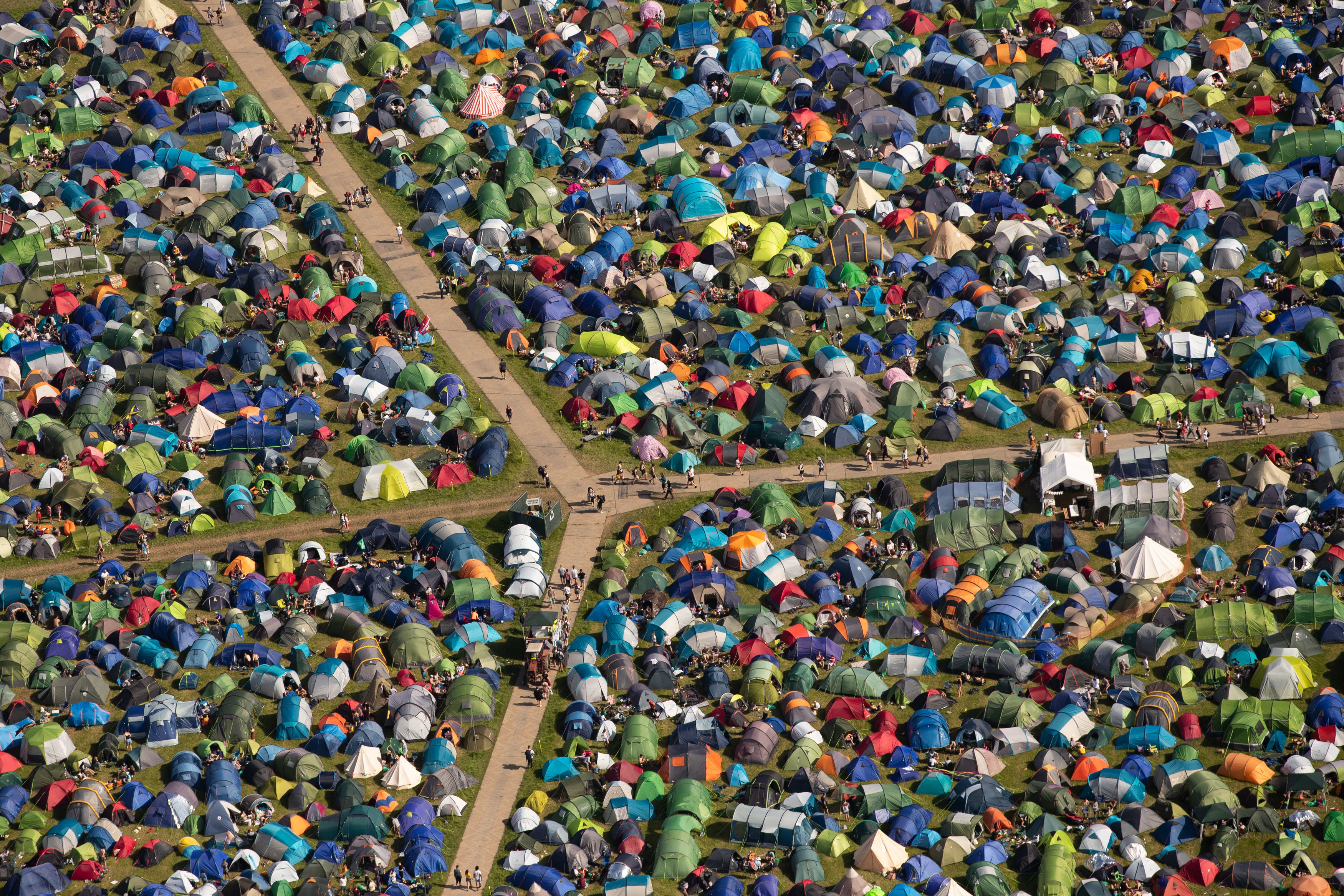 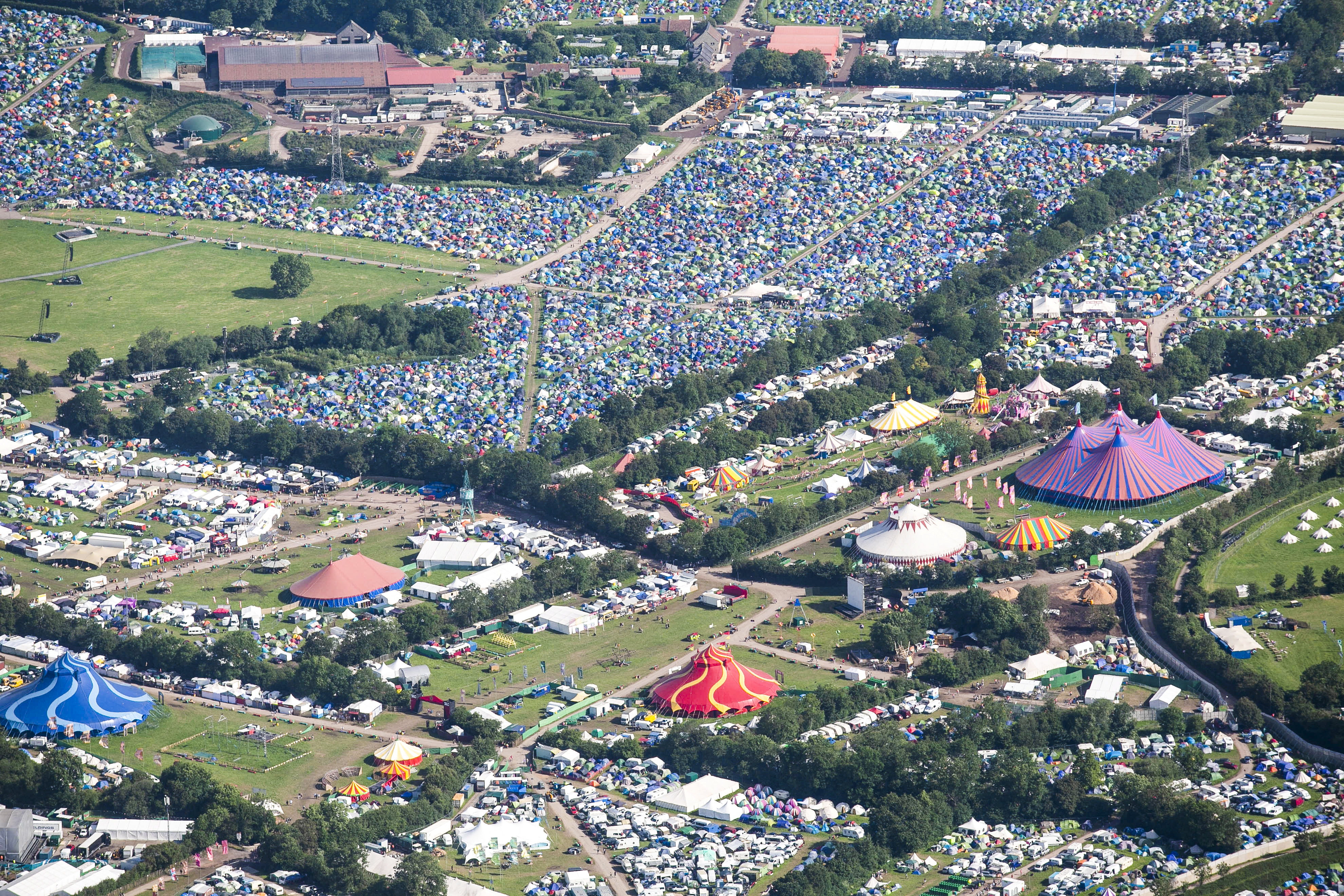 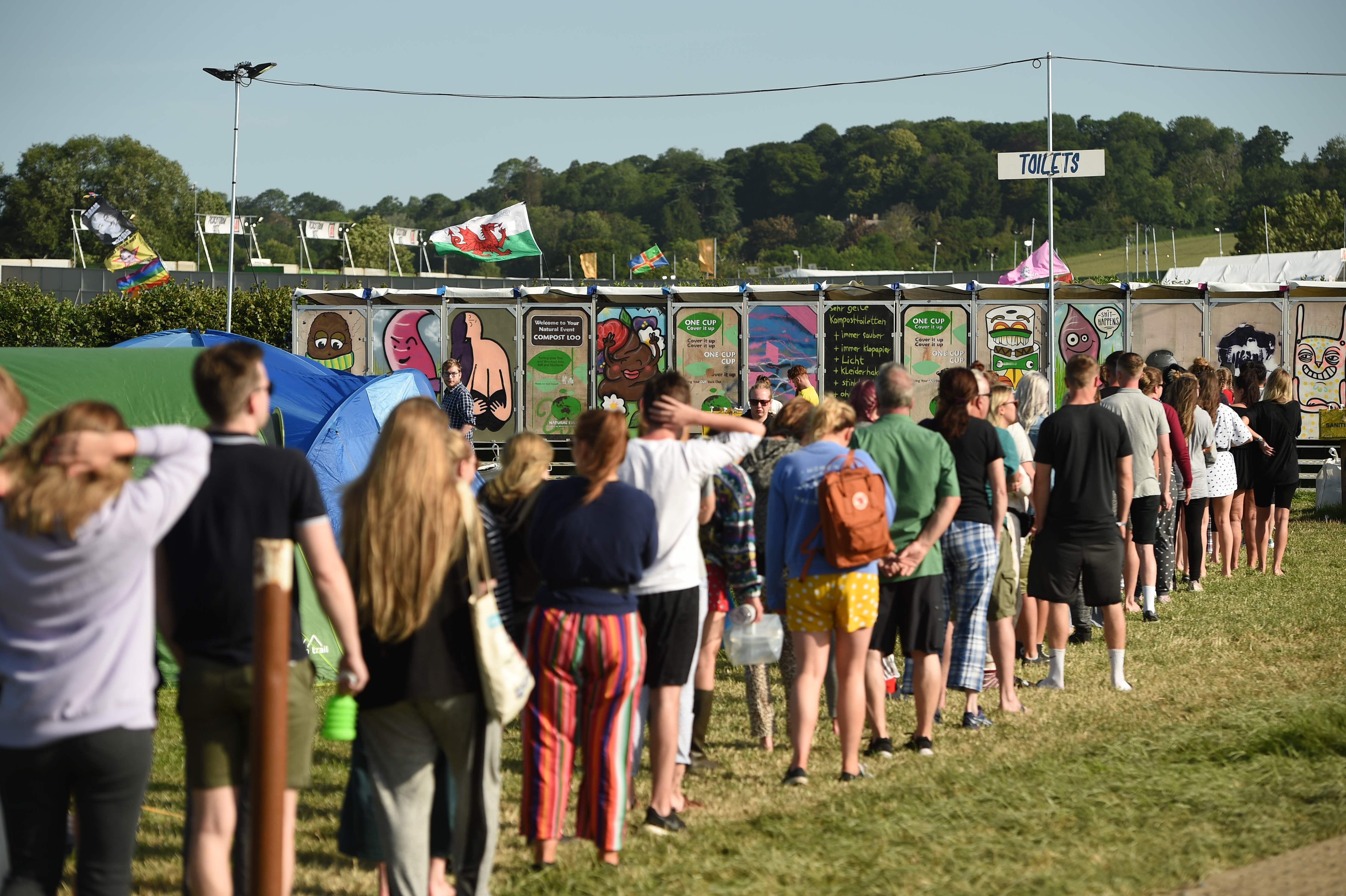 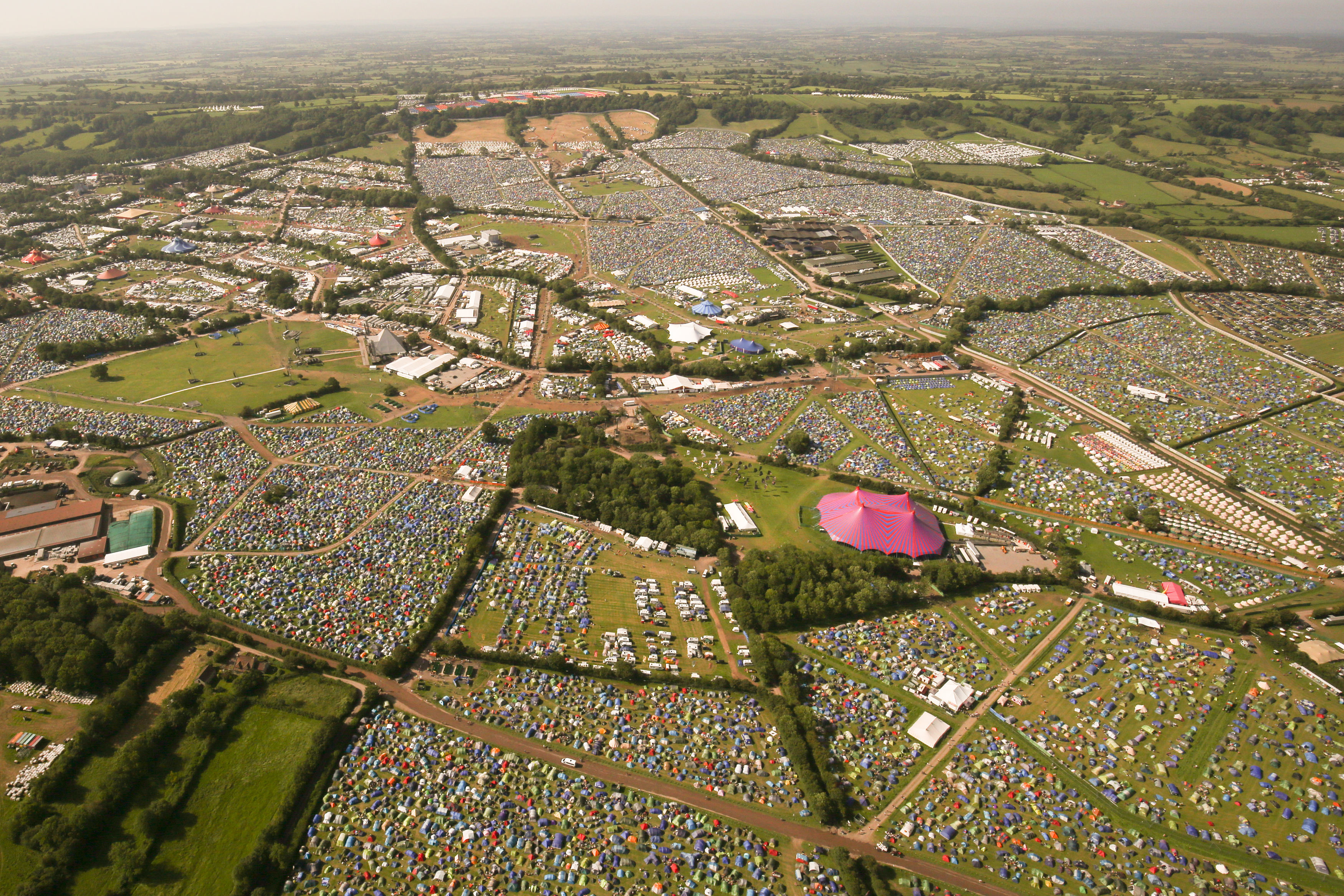 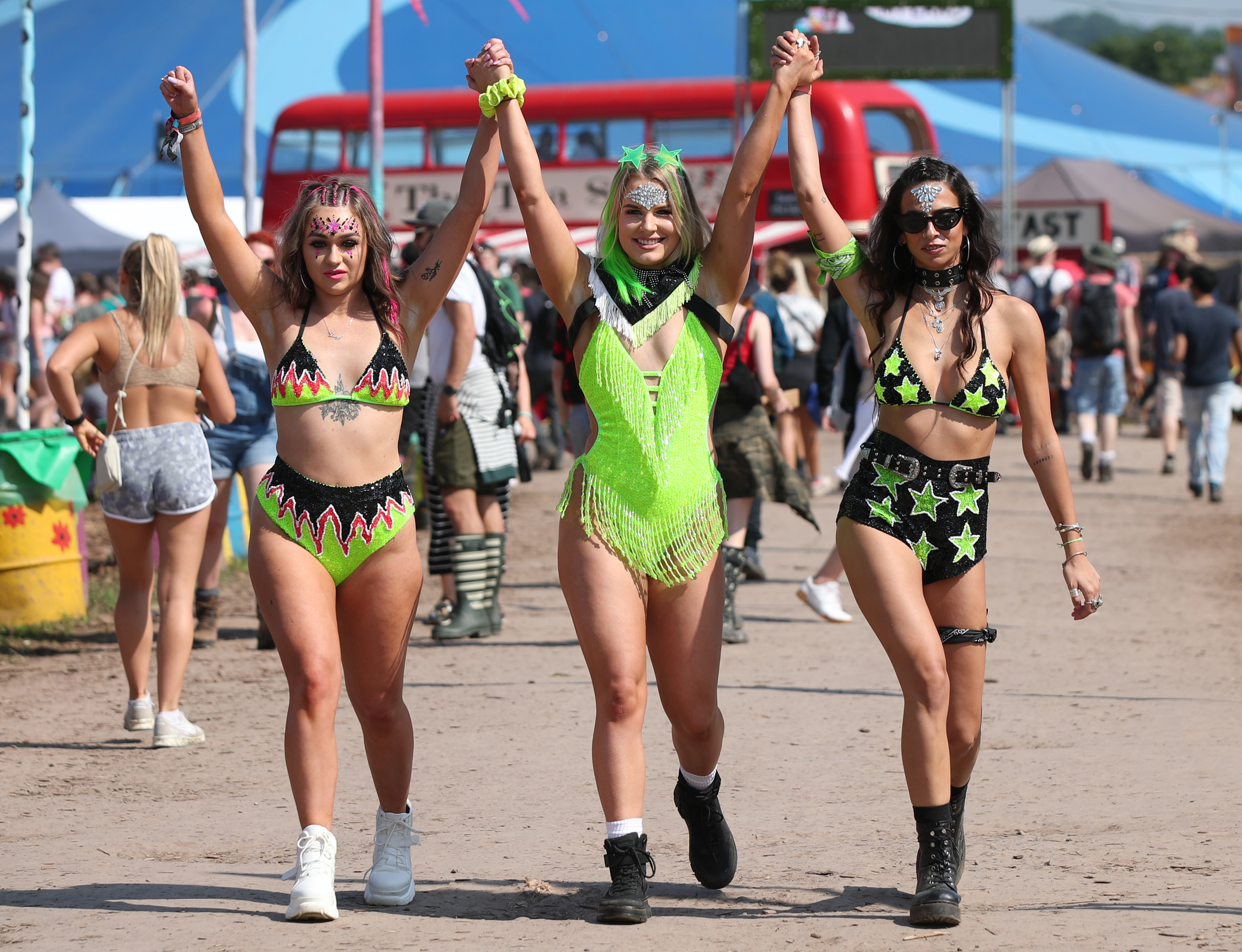 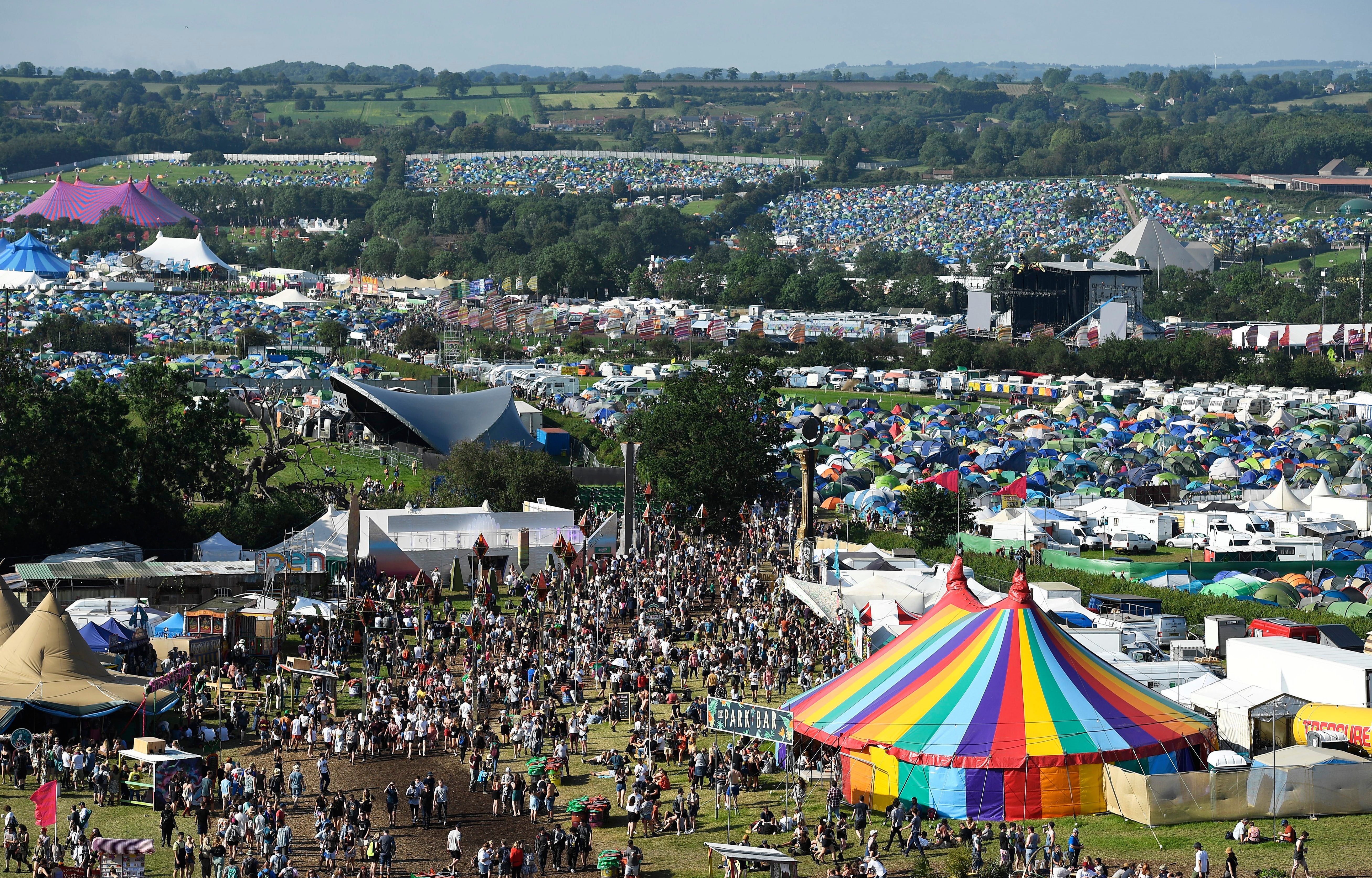 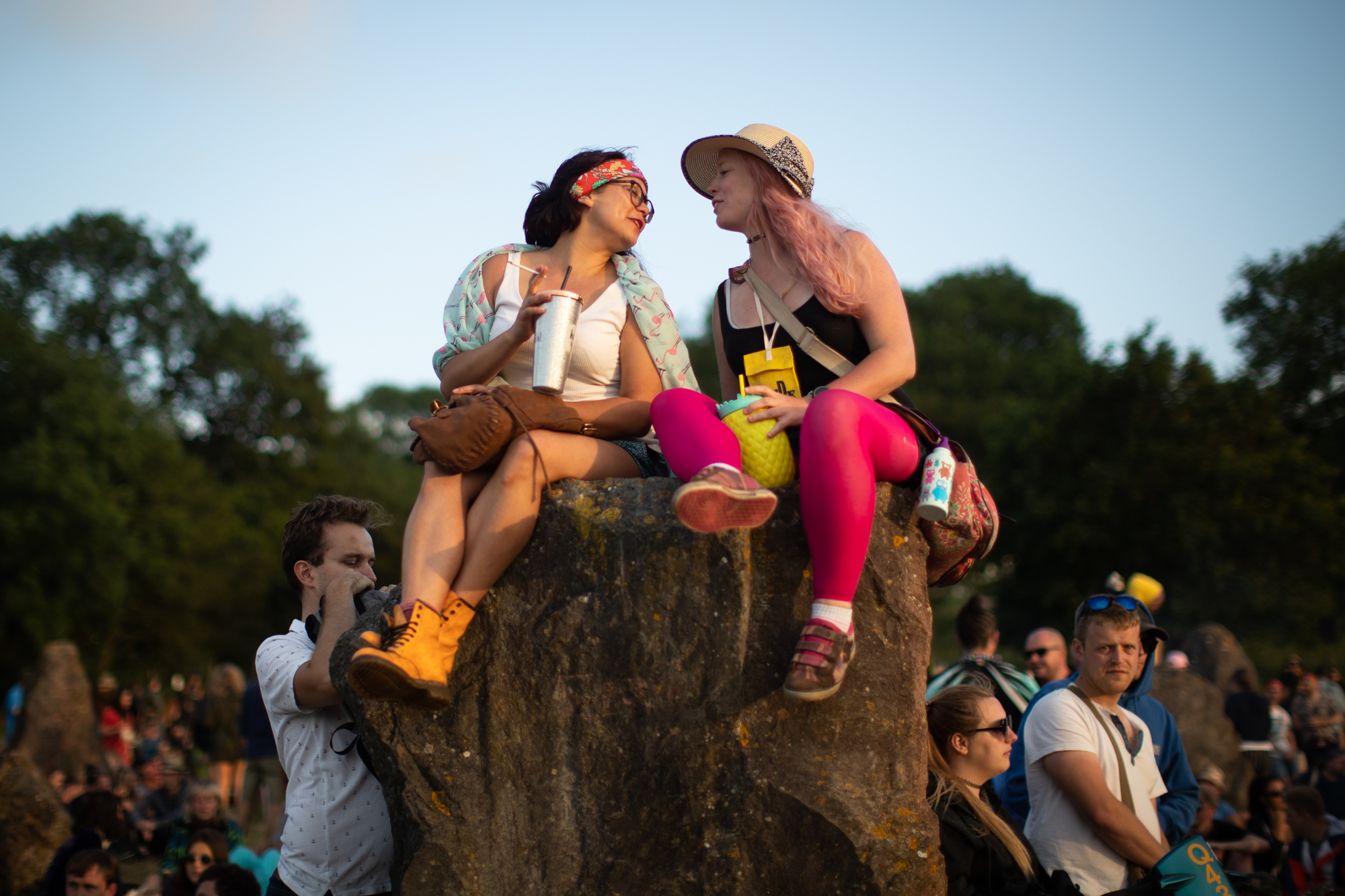 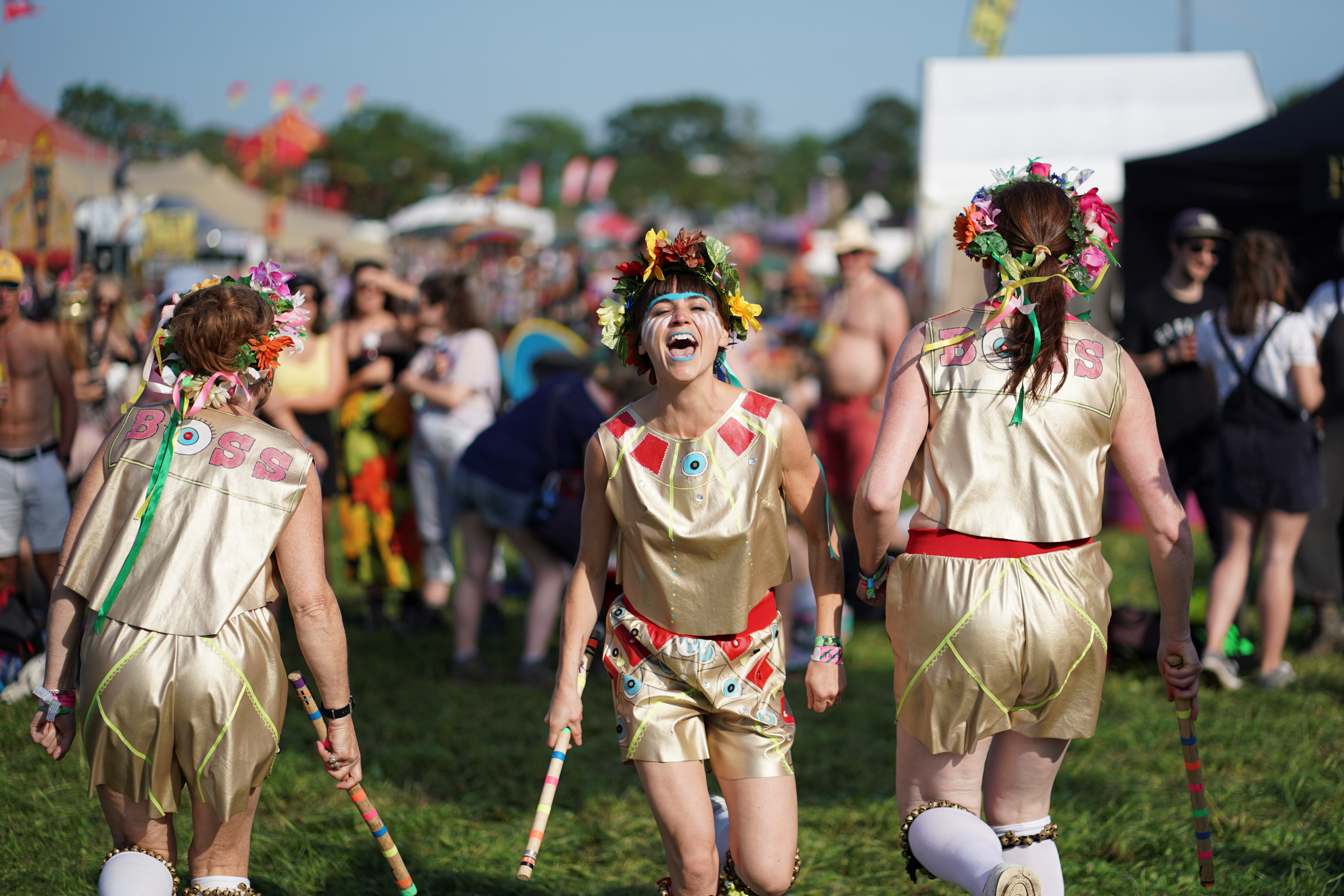 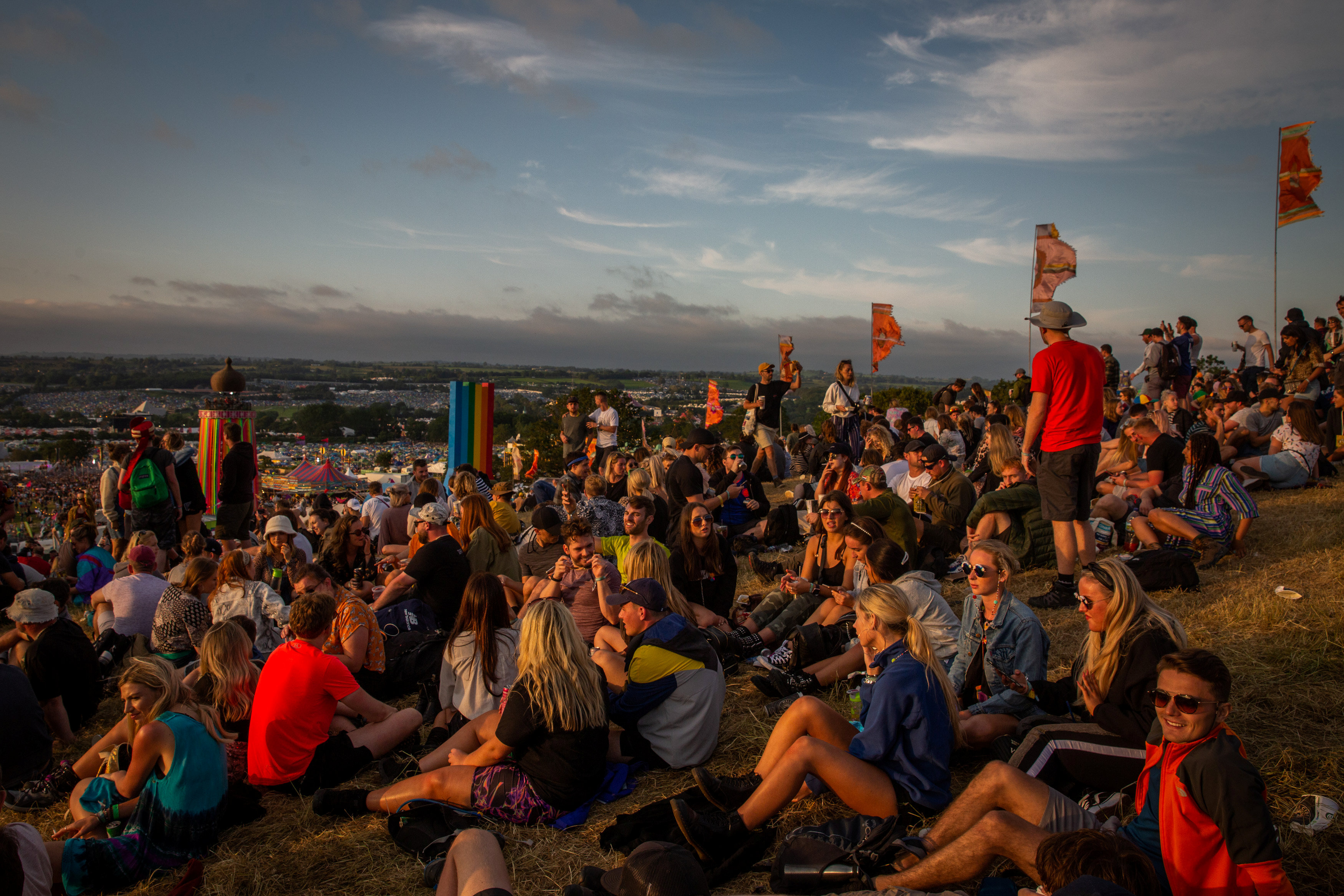 Kylie Jenner's baby bump is on full display as she answers '73 Questions' — and Stormi makes a cameo!

Derek Chauvin to appeal his conviction, sentencing in death of George Floyd

Who is the Collierville, Kroger shooting suspect?