Stock markets across the globe have plummeted amid fears of the economic impact of a potential second wave of coronavirus.

The three main share indexes in the US – the S&P 500, Dow Jones Industrial Average, and Nasdaq Composite – saw their worst day in weeks yesterday, while in Asia, benchmark indexes have lost ground in China, Japan and Hong Kong, and the share market in Australia closed in the red for a second day.

This is despite a recent global upturn in which shares have recovered some ground from the damage experienced in March. 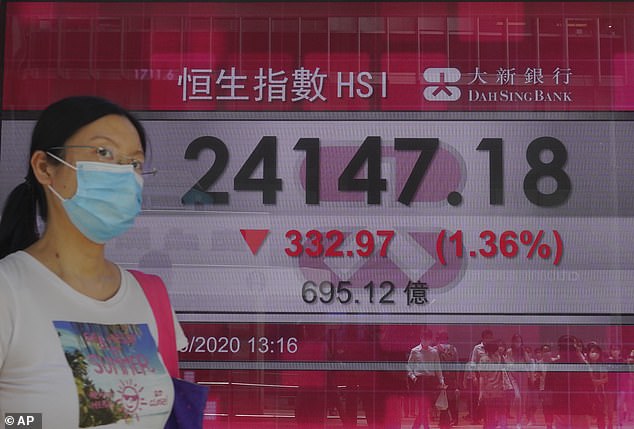 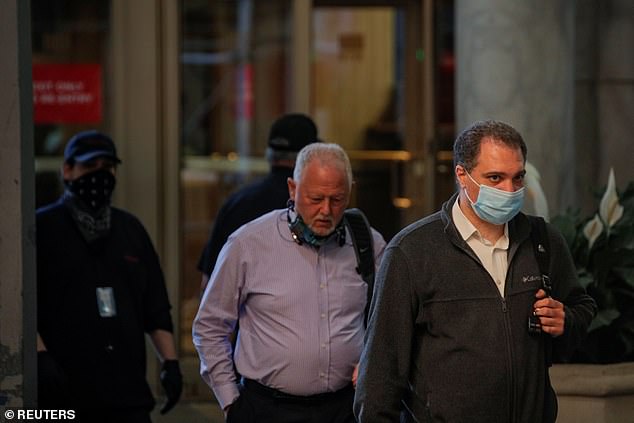 Energy, travel stocks and global crude oil prices were among those to take the biggest hit, the BBC reports.

There were also drops in Europe, with the UK’s FTSE 100, France’s CAC and the Dax in Germany all losing four per cent or more.

It comes as it emerged today that Covid-19 forced the UK economy to shrink by an astonishing 20.4 per cent in April – the biggest fall ever.

GDP plummeted by more than a fifth in the first full month of lockdown, following a 5.8 per cent slump in March, which was in itself a record.

UK plc has now contracted by 25 per cent since February – with the country facing the worst recession in 300 years, when the Great Frost laid waste to Europe.

Roland Kaloyan, European equity strategist, Societe Generale, said: ‘Government, companies and people would be better prepared for second wave than for the first one.

‘But the problem is there is a limit to the governments injecting money. They’re using all the resources now for a V-shaped recovery.’ 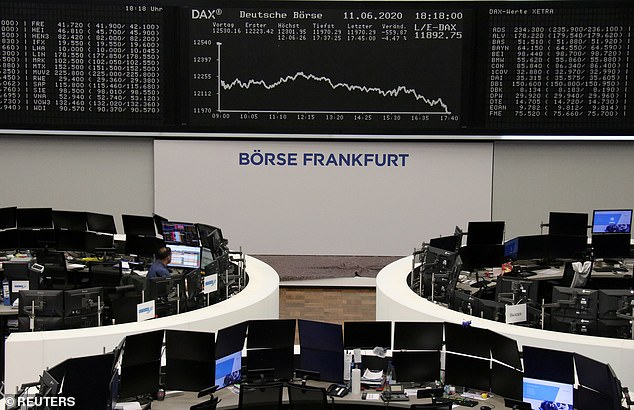 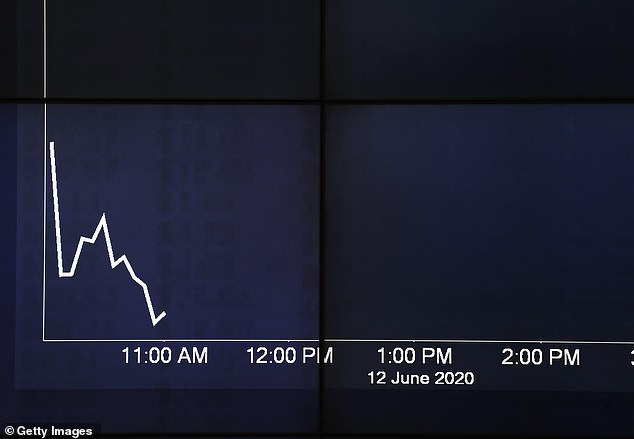 Screens at the Australian Stock Exchange in Sydney this morning show how the ASX 200 has dropped 3.5 per cent

Loosening of lockdown restrictions across the globe would help economies rebound, it was hoped, but caution remains after the US Labor Department reported yesterday that another 1.5 million people had filed new unemployment claims last week.

Policymakers said the American unemployment rate could rival that of the worst level of the financial crisis, if it remains above nine per cent at the end of the year.

However, chair of the Federal Reserve, Jerome Powell, warned that may even be optimistic if rates of infection and hospitalisation increase.

He said: ‘It could hurt the recovery, even if you don’t have a national level pandemic. Just a series of local ones, of local spikes, could have the effect of undermining people’s confidence in travelling, in restaurants and in entertainment

‘It would not be a positive development.;

Wife stabs husband over images of woman which was actually her