Shocking footage shows 25 tanked-up louts throwing punches after a bar brawl spilled on to the concourse. 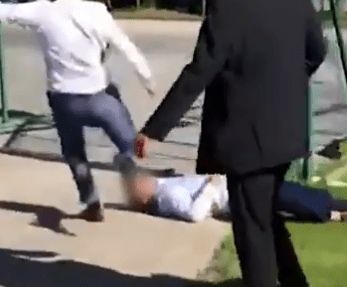 One thug is even seeing taking a run-up before booting another man in the head as he lies unconscious on the ground.

Six men were left needing medical treatment after the fight at Goodwood Racecourse in Chichester, West Sussex, on Saturday afternoon.

Eyewitness Kevin Hill Tweeted: "The problem is racing starts around 2ish, these teams of guys are entering the racecourse well oiled…

"Some guy pushing in at the bar, absolutely sloshed, being abusive, to be fair the bar man refused to serve him, warned him of ejection." 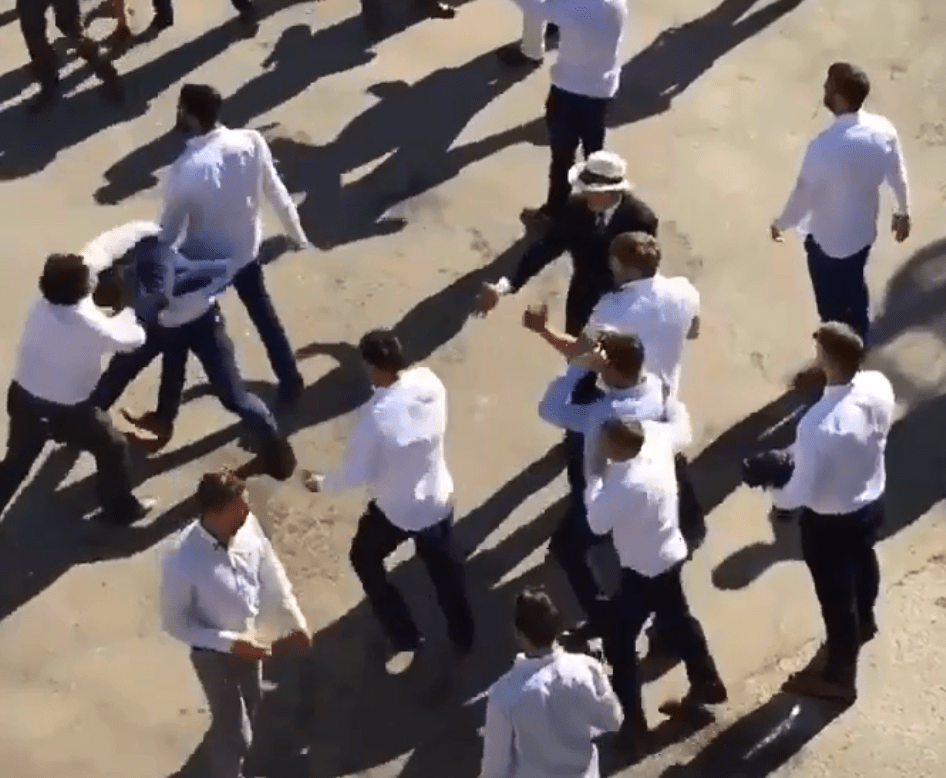 "Warning, this video contains violent scenes. Type seen at football matches in the 70’s. Now at a racecourse near you."

A third said: "That was sickening to watch. It’s not over exaggerating to say we almost witnessed someone dying there."

A spokesman for Goodwood said: "Goodwood Racecourse was informed of a disturbance during the afternoon’s racing. The incident was dealt with by on-event security and Sussex Police were notified as a precaution. 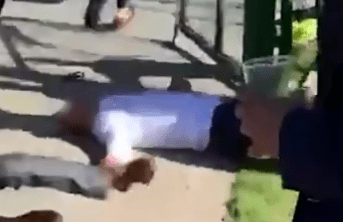 "Goodwood Racecourse wishes to apologise to any racegoer who was affected by this incident."

Local cops were called to the brawl but made no arrests.

another, as, at, brawl, erupts, Goodwood, head, in, kicks, man, race-goer, racecourse, sickening, Sussex, the
You may also like:

Report: US wasted billions on cars, buildings in Afghanistan

Brazil variant: The five postcodes where people are urged to get Covid test after mutant strain found in UK