Priest’s son claims he was ‘possessed by demons’ when he ran over a world class American biologist in Crete before raping her and dumping her body in an abandoned World War Two tunnel, Greek court hears

A Greek farmer claimed he was ‘possessed by demons’ when he raped and killed an American scientist last year, a police officer told a courtroom in Crete on Tuesday.

The body of Suzanne Eaton, a molecular biologist at the Max Planck Institute at Dresden University, was found near the city of Chania on the Greek island in July 2019.

Yiannis Paraskakis, a married father of two, is on trial for manslaughter, rape and illegal weapons possession. Paraskakis is also the son of a local priest, according to Greek reports.

A police officer who interrogated Paraskakis told the court Paraskakis confessed after six hours of questioning. 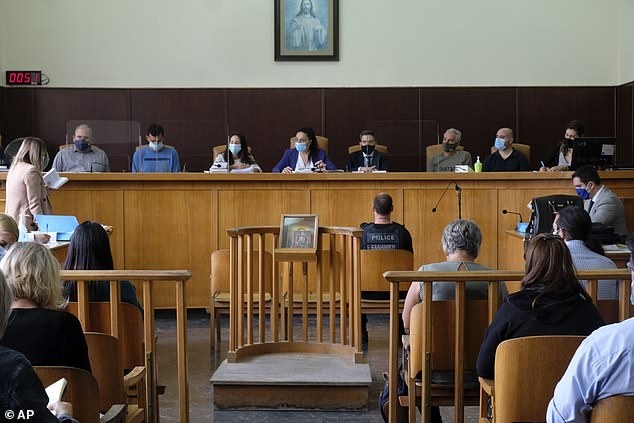 Yiannis Paraskakis, bottom right, who accused of the brutal killing of American biologist Suzanne Eaton in 2019, wearing a bulletproof vest that reads ‘Greek Police’, sits in the court room on the first day of the trial in Rethymno, on the Greek island of Crete, on Tuesday 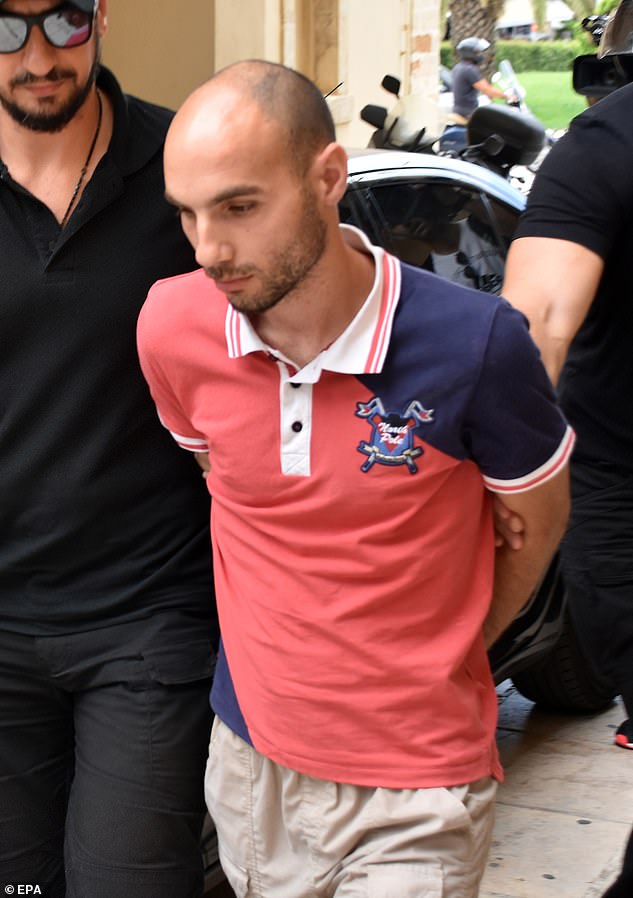 Paraskakis is also the son of a local priest, according to Greek reports 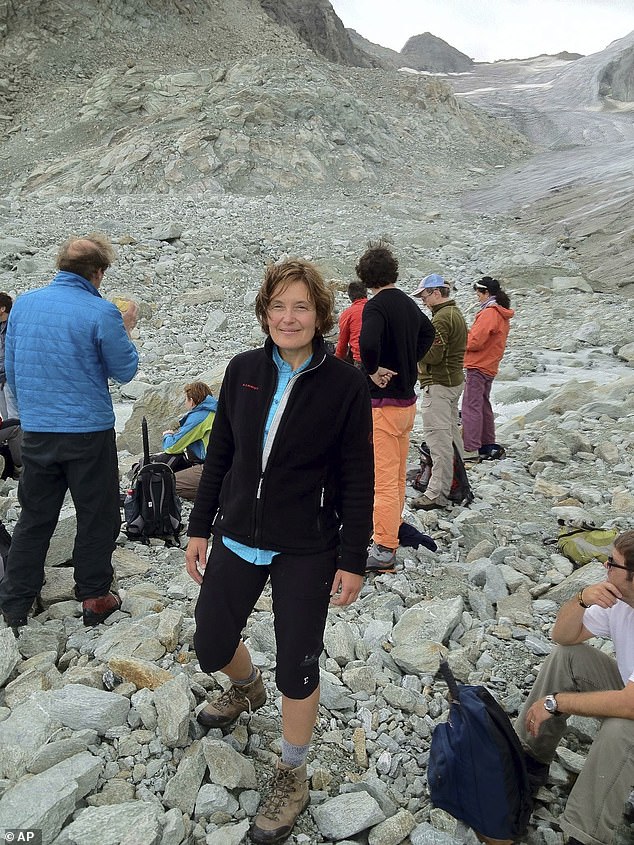 American 59-year-old molecular biologist Suzanne Eaton. Eaton, 59, had gone out hiking on the day of her murder, leaving behind her mobile phone, the police said

‘He said he was possessed by demons giving him orders,’ he said.

Eaton, 59, had gone out hiking on the day of her murder, leaving behind her mobile phone, the police said.

The suspect ran over the scientist on a rural road, put her in the trunk of the car and drove to an abandoned World War II bunker where he sexually assaulted her and dumped her body, according to police.

She was found by cave explorers six days later.

‘This was a world-class biologist,’ said lawyer Vasso Pantazi of the Oakland-born scientist.

‘In terms of virus contagiousness and vaccines, you can understand how useful she would have been today.’

The 28-year-old suspect, a priest’s son, had been held in prison at the town of Tripoli on the Greek mainland, but was transferred to the Cretan town of Rethymno for the trial. 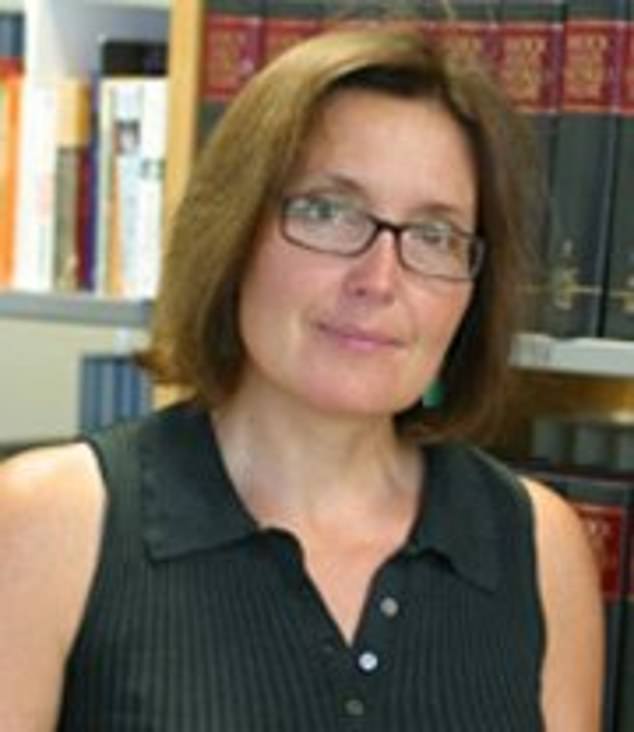 Dr. Eaton was a senior research group leader at the Max Planck Institute of Molecular Cell Biology and Genetics. ‘This was a world-class biologist,’ said lawyer Vasso Pantazi of the Oakland-born scientist

Eaton was married to British scientist Anthony Hyman. The couple has two sons.

In a statement released after her death, the Max Planck Institute said it was ‘deeply shocked and disturbed by this tragic event’.

Dr. Eaton, 59, was a renowned molecular biologist with the Max Planck Society in Germany. She had been attending a conference on the Greek Island when she decided to leave her hotel room for a jog at around 2:00pm on July 2, 2019, only never to return.

An extensive search was launched by authorities, local residents and Eaton’s family members, who believe initially believed she may have become dehydrated and collapsed somewhere during the run, dismissing claims of foul play as the mother-of-two was a black-belt in Taekwondo.

However, her beaten and bloodied body was discovered five days later in an abandoned Nazi bunker that had been used in World War II to store ammunition.

With the bunker surrounded in large by overgrown bushes and shrubbery, few are privy to its existence. But Paraskakis had uploaded a number of videos of himself exploring its labyrinth of tunnels, leading police to his door.

He later admitted to authorities that, in a state of ‘irritation’, he noticed Eaten jogging alongside the Memorial for Greek Cadets in Koyambri on July 2 and rammed into her twice with his car. 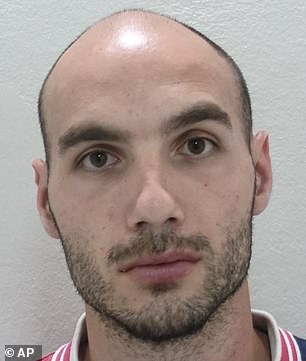 Yiannis Paraskakis, 27, was arrested on Tuesday and later confessed to the murder of biologist Dr. Suzanne Eaton, telling police ‘there is a mania I can’t control’

Paraskakis then allegedly got out from the vehicle, stabbing and striking Eaton to stifle her cries before hauling her unconscious body into the trunk of his car.

He admitted to cops that putting her in the back of his vehicle had given him a sexual thrill.

Paraskakis then allegedly drove Eaton to the Nazi bunker, where he allegedly raped her and left her to die.

An autopsy of the doctor’s body confirmed that she had suffered serious fractures as a result of being struck by the car, leaving her relatively defenseless.

The 59-year-old did however make a series of brave attempts to fend her attacker off as DNA was found under her fingernails belonging to her killer.

The coroner added that she had also suffered a number of other injuries, including broken ribs, fractures to her face and multiple injuries on both of her hands.

She had also been subjected to sexual abuse, the investigation determined.

farmer, for, Greek, on, the, trial
You may also like: