Follow
Home » World News » Grenfell fire fraudsters – who are Elaine Douglas, Jenny McDonagh and Tommy Brooks and who else has been arrested?

Grenfell fire fraudsters – who are Elaine Douglas, Jenny McDonagh and Tommy Brooks and who else has been arrested?

Con artist couple Elaine Douglas and Tommy Brooks exploited the tragedy spending £120,000 of taxpayers' money and Jenny McDonagh used survivors' cash to fund her own lifestyle – here's what you need to know. 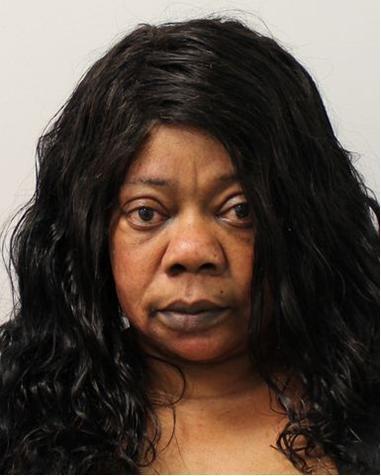 Who are Grenfell fraudsters Elaine Douglas and Tommy Brooks?

Elaine Douglas, 51, and Tommy Brooks, 52, callously used the Grenfell Tower tragedy to line their own pockets.

The pair, Jamaican nationals who had lived in Britain illegally for 16 years, spent £120,000 of taxpayers' money after falsely claiming they were victims of the fire.

Housed at the Four Star Radisson Blu Edwardian Vanderbilt in Kensington for eight months after the tragedy in June 14, 2017, they racked up a staggering £20,000 debt on pre-paid credit cards they'd been issued.

Douglas even complained about the quality of the food at the four-star hotel – despite spending more than £267 on room service.

They were also given pre-paid Oyster cards so they could travel around London for free.

Brooks also started off at the Radisson Blu before being moved to another hotel.

He spent 243 nights in hotel accommodation, costing the council more than £49,000.

The conniving couple were finally arrested when they gave investigators the number of the flat they said they were in at the time of the blaze – not realising it was on the floor below.

Speaking in Isleworth Crown Court, Prosecutor Benjamin Holt explained: "In essence they both eventually claimed to have been together at the time of the fire and they both then said they were residing at flat 91 on the 19th floor. In fact flat 91 is on the 18th floor…that is the link."

They were arrested on May 1 on suspicion of fraud and were charged the following day.

Both pleaded guilty and on July 13, Brooks got three years and Douglas three years, three months after they admitted fraud and illegally staying in the UK at Isleworth crown court. 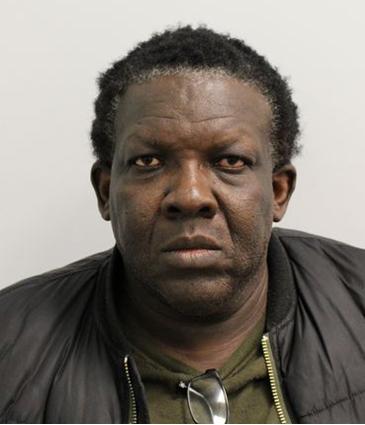 Who is Jenny McDonagh?

Council boss Jenny McDonagh stole £62,000 meant for Grenfell survivors and blew it on lingerie and meals.

The 39-year-old used the cash stolen while working in finance for Kensington and Chelsea Council to fund her lavish lifestyle which included expensive meals out and hair appointments.

She also admitted defrauding the NHS of more than £35,000 while working at the Medway NHS Foundation Trust.

McDonagh, of Abbey Wood, south east London, admitted two counts of fraud by abuse of position, one of theft by employee and one of converting criminal property while she was a finance manager for the Grenfell survivors’ fund.

Sentencing her to five and a half years at Isleworth Crown Court on September 28, Judge Robyn Johnson said she spent a quarter of the Grenfell funds she stole on gambling.

He said: “I have to sentence many cases that have come to be known as Grenfell frauds, your offending is unique in my experience.

“As the Finance Manager at the Grenfell Team with Royal Borough Council of Kensington and Chelsea you knew exactly what these funds were for and the importance of them for the intended recipients, namely the victims of the fire.

“Bearing that in mind the scale of your dishonesty in these frauds beggars belief.” 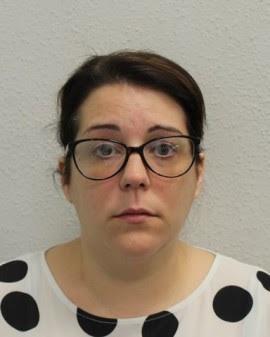 He added: “Members of the public, indeed the nation, were shocked by this dreadful event.

“The fact that you, a person who had been given the task of assisting in the aftermath, sought to enrich yourself is the more shocking in the light of outpouring of grief and sympathy that followed the disaster."

McDonagh filched from the NHS by setting up a bogus company called Tresdoor Ltd which bore her own bank details and altering the details of a registered supplier to that of the fake account.

A Santander bank card with the same bank details as the company was found in her home after she was arrested at her office at the V&A museum in London over the Grenfell fraud in August.

Survivors of the Grenfell fire could opt for cash payments into their bank accounts or pre-paid cash cards which could be used to spend the money.

Elouahabi is yet another Grenfell fraudster who claimed £100,000 in cash for victims.

Jailed for six years today, the 38-year-old tricked council officials into handing him money from the disaster fund set up following the West London blaze that claimed 72 lives.

After pocketing £103,000, he was due to receive further resettlement payments worth £14,730 towards a flat and free utilities before the con was discovered.

The career criminal claimed to be living with the El-Wahabi family in flat 182.

Elouahabi has 28 previous convictions for 54 offences including robbery, assault and handling stolen goods.

Who else has been arrested?

A further 16 people are either charged or are under investigation for swindling funds.

The suspected fraudsters are believed to have claimed up to £100,000 of taxpayer money following the tragedy.

Detectives said the latest arrests were made after a probe found some claims "didn't add up".

Eight men and one woman were already in custody following previous raids, with some living in hotels when they cops swooped.