The St. Louis couple who went viral for brandishing a rifle and a handgun at Black Lives Matter protesters last month are getting offers for a free AR-15, an attorney claims.

Personal-injury attorneys Mark and Patrick McCloskey, who were caught on video June 28 protecting their St. Louis mansion with guns as protesters marched toward the home of Mayor Lyda Krewson, have received at least 50 offers for an AR-15 since their weapons were seized by police over the weekend, an attorney representing the couple told Forbes.

A gun store in Missouri and 50 people “have contacted” the couple to replace the long rifle that Mark McCloskey, 61, brandished during the incident, but they’re “kindly refusing” the would-be gifts, attorney Joel Schwartz told Forbes.

“To the couple that had this warrant served, please come on by our shop and we will gladly rearm you with a brand new ar15 for (FREE),” Alien Armory Tactical in St. Charles wrote on Facebook Saturday.

Police took custody of the rifle on Friday and another attorney for the couple turned over the handgun Patricia McCloskey, 63, held during the protest to cops on Saturday, according to the St. Louis Post-Dispatch.

No charges have been filed against the couple, but Schwartz believes the seizures show that “charges are more likely than they were two days ago,” Forbes reports.

“We were hopeful and hoping that the investigation had been concluding,” the attorney said.

Schwartz told the St. Louis Post-Dispatch he believes charges in the incident are “clearly unwarranted,” claiming the couple were protected by state law and the Castle Doctrine, which allows people to use deadly force while protecting their home against intruders.

“As well as the potential of protection of self and from bodily harm should that have arisen,” Schwartz told the newspaper.

Mark McCloskey has said he felt both he and his wife’s lives were at risk as they protected their Renaissance-style mansion on a private street in a St. Louis historic district. 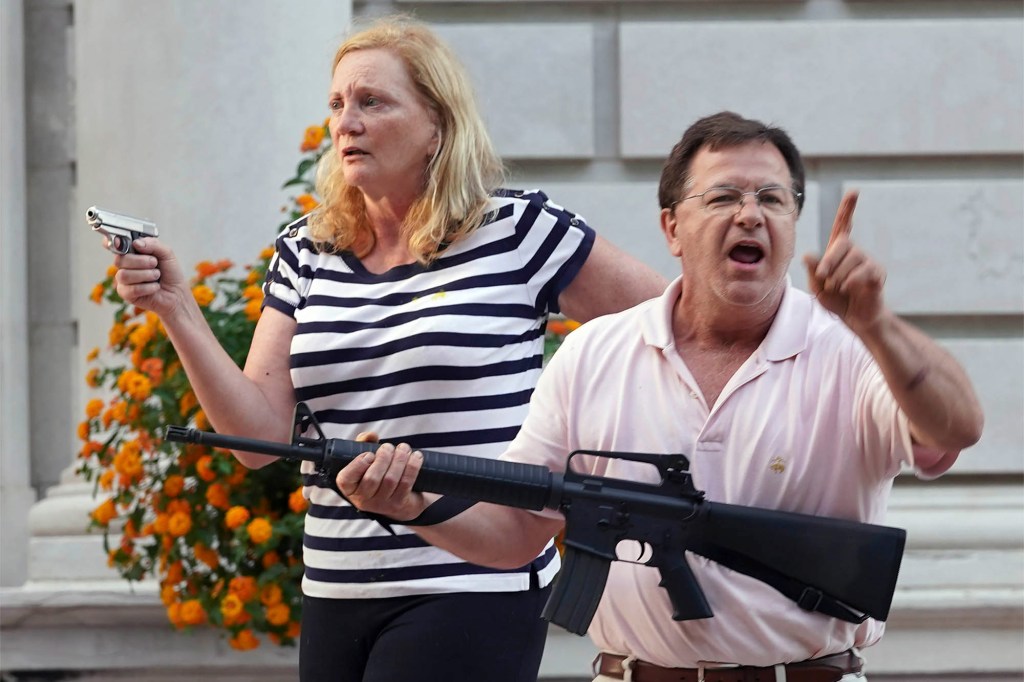 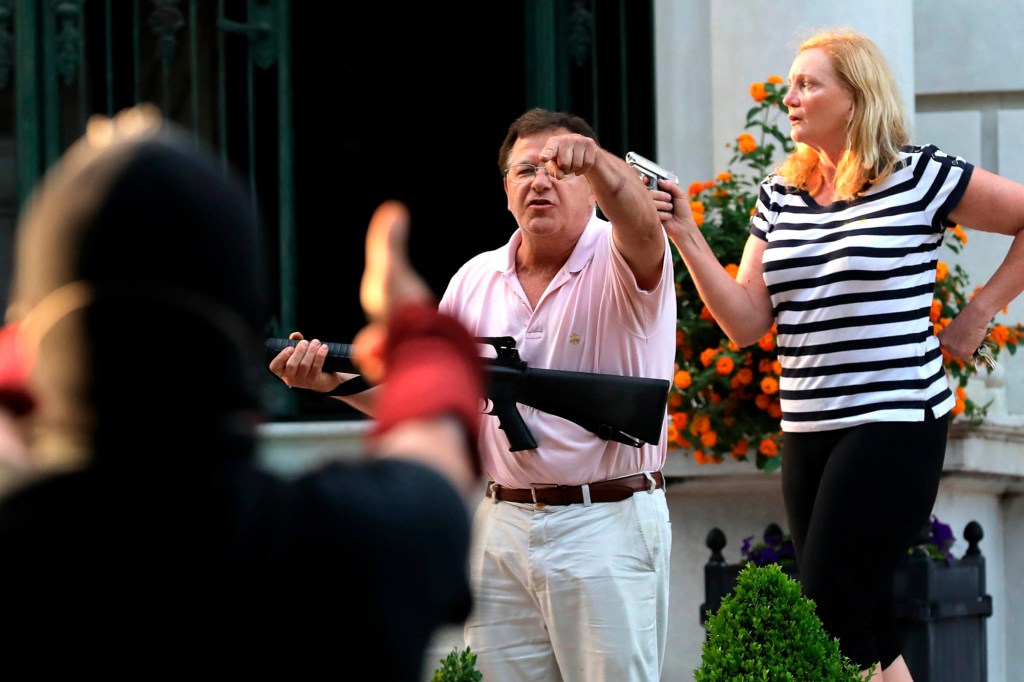 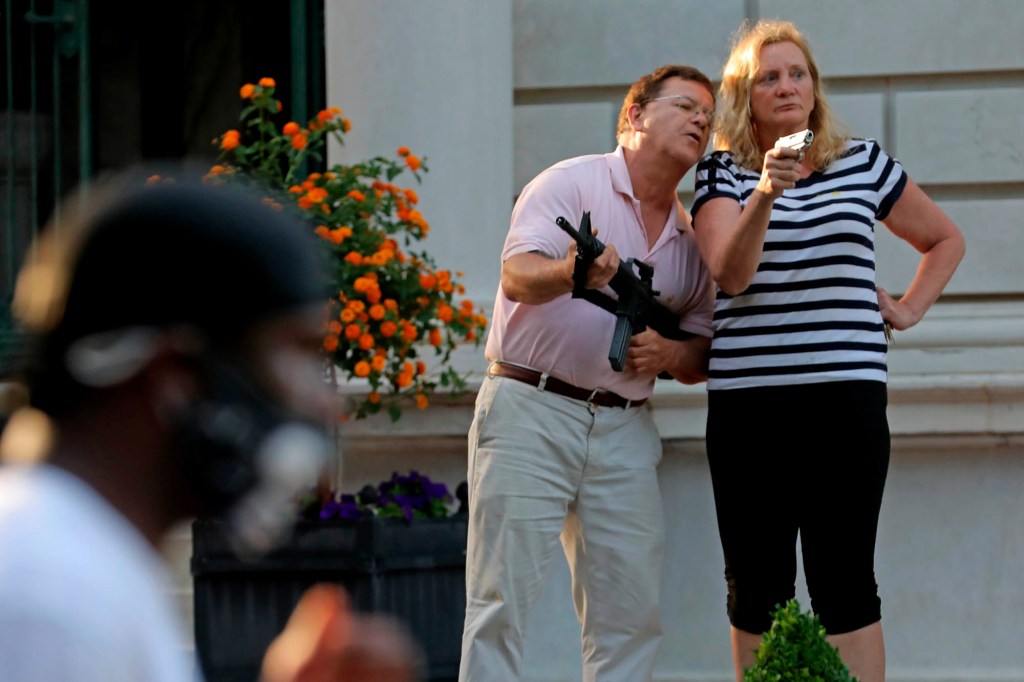 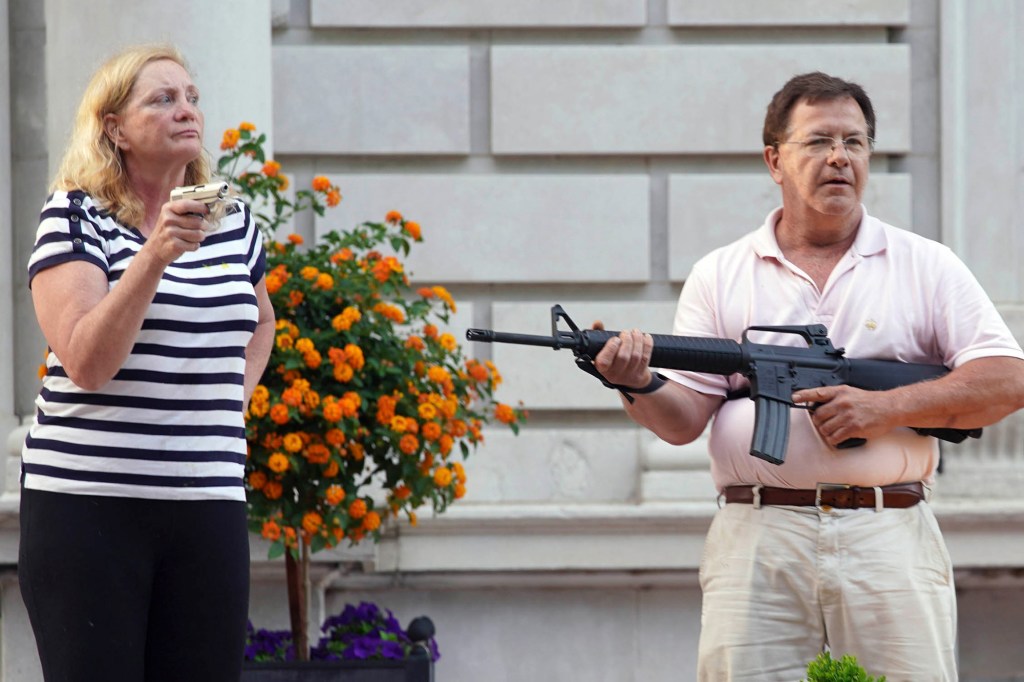