Half of Republicans say news media is 'enemy of the people'

Washington: It's faded into the background noise by now, as does anything in politics today that's older than about 12 hours. But it's worth occasionally remembering that the sitting president of the United States disparaged the media as "the enemy of the American people" within his first month in office.

"The FAKE NEWS media (failing @nytimes, @NBCNews, @ABC, @CBS, @CNN) is not my enemy, it is the enemy of the American People!," President Donald Trump posted via Twitter on February 17 2017. 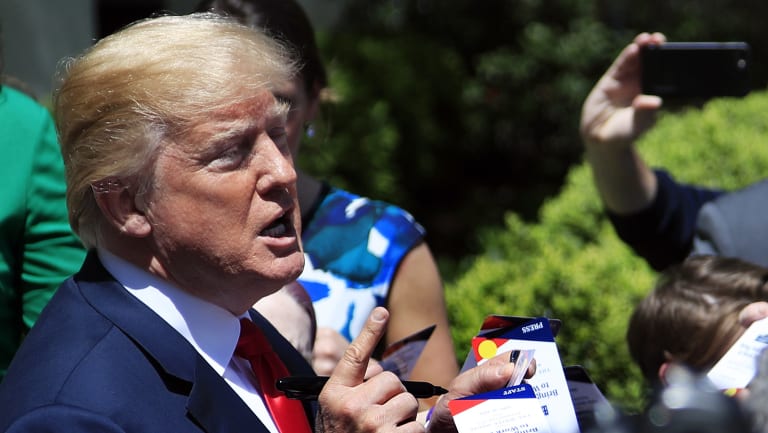 There was a lot going on in that moment, more than we even realised at the time. (Three days before this, for example, Trump allegedly suggested to then-FBI director James Comey that he drop the agency's investigation into just-fired national security adviser Michael Flynn.) So in short order, the comment was added to the lengthy column of "Things Trump did that most other presidents would never do," and most of us moved on.

But Trump's targeting of the media didn't fade – and neither did the sentiment in that tweet.

Last month, Quinnipiac University's pollsters asked Americans if they agreed with the sentiment Trump expressed in that tweet. Were certain news outlets – unnamed by Quinnipiac – enemies of the American people? Nearly 4-in-10 said yes – including more than 8-in-10 Republicans.

There are a lot of ways to read that, though. Without identifying the outlets, partisans might simply focus on the outlets they don't like. Republicans might think of CNN; Democrats of Fox News. Either might think of partisan online outlets. It's hard to say. 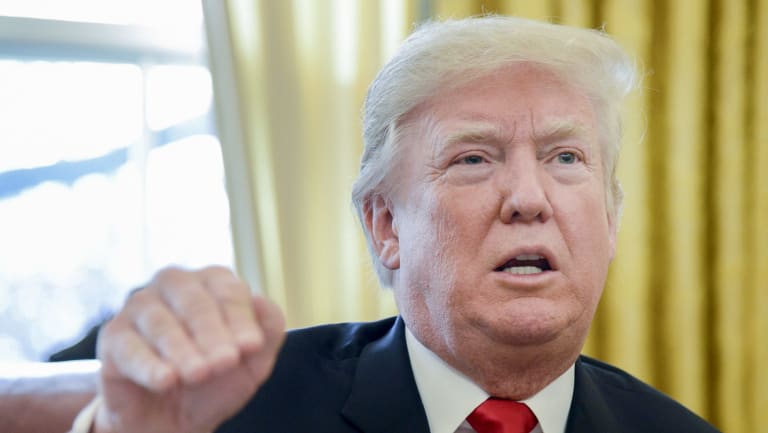 US President Donald Trump speaks to members of the media

In a poll released on Thursday, Quinnipiac was more direct.

Less than a quarter of the public says that the news media broadly is better described as "enemy of the people" than an "important part of democracy." But among Republicans, more than half preferred the former term to the latter.

Granted, there was a limited set of options from which to choose. The question wasn't "is the media the enemy of the people" but "which is a better descriptor." It's still remarkable, though, that so many in Trump's party think that "enemy" is more accurate than "important part of democracy."

Pew Research Center also released new polling data on Thursday, looking, among other things, at the related question of what it means to be a good citizen. Ninety per cent of respondents said that it was somewhat or very important to follow what happens in government and politics to be a good citizen, a requirement that would seem to hinge heavily on consumption of news reporting. Only 8 per cent of respondents said they had a great deal of confidence in the news media to act in the best interests of the public – with Democrats expressing a great deal or a fair amount of confidence more than three times the rate of Republicans.

Particularly revealing was Pew's asking whether "people agree on basic facts even if they disagree on politics" was a good way of describing the country. Only a third of Americans said it did, with about a third of both Republicans and Democrats holding that view. Interestingly, of about two dozen values that might be considered important to the country, agreed-upon facts was viewed as one of the least important.

This is a feature of the nature of media consumption in the United States at this point. Some people seek out media that reflects their political beliefs and view contradictory coverage as biased and inaccurate. Trump actively reinforces the idea that coverage critical of him is fake, a view that his supporters often embrace.

That said, it's not clear how much of the response to Quinnipiac's question about the media being an enemy is driven by partisanship. Pew's data offered several new examples of the by-now established phenomenon of partisan views shifting sharply with the change in the occupant of the White House. Perhaps this antipathy to the media is a temporary partisan function of Trump's advocacy.

Or maybe Trump advocates it because it helps foster partisanship that's beneficial to him.