Hamas calls for ceasefire after Israel pounds Gaza with airstrikes

A ceasefire announced by Hamas largely held on Saturday after a wave of deadly air strikes across the Palestinian enclave sparked by the death of an Israeli soldier shot near the border.

Israel did not confirm the deal announced by Gaza’s Islamist rulers, which went into effect around midnight Friday reducing fears of a wider conflict.

But the Israeli army said a tank struck a Hamas observation point east of Gaza City on Saturday morning, saying it was retaliation for an attempted border infiltration in northern Gaza.

There were no reports of injuries in that strike and there was no major Israeli bombing campaign overnight or mortar fire from Gaza toward Israel.

‘With Egyptian and UN efforts, we reached (an agreement) to return to the previous state of calm between the (Israeli) occupation and the Palestinian factions,’ Hamas spokesman Fawzi Barhoum said in a statement early Saturday. 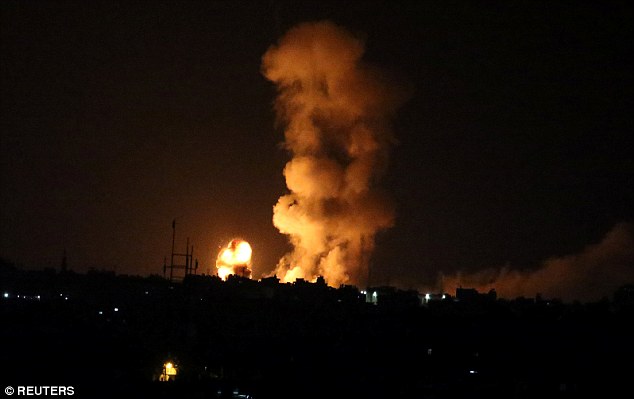 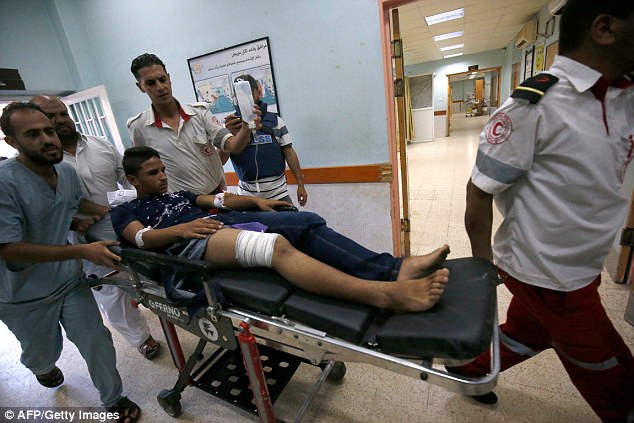 Paramedics push a youth, who was injured during Israeli bombardment, as he lies on a gurney 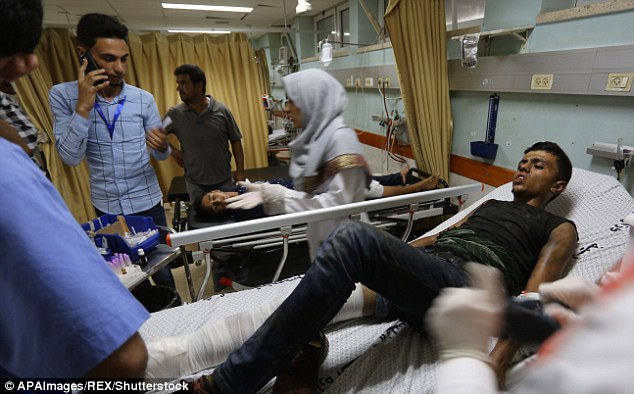 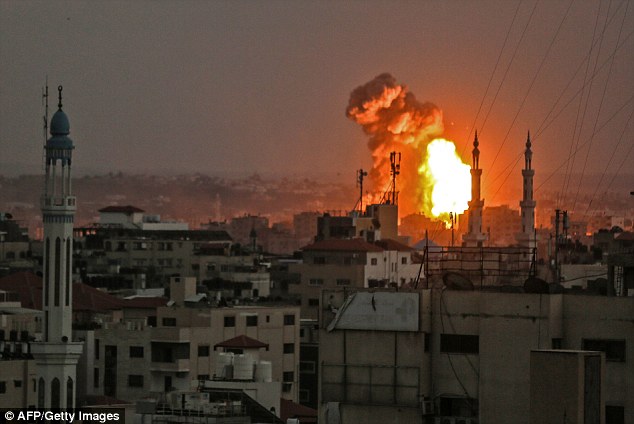 A senior Hamas official, speaking on condition of anonymity, told AFP the deal involved ‘the cessation of all forms of military escalation’ including Israeli air strikes and Hamas mortars and rockets.

The source said that balloons and kites attached with incendiary devices, which Palestinians have been floating over the border for months to spark fires inside Israel, were not included in the agreement.

Israeli politicians have been calling for a fierce response to the kites and balloons, which have caused damage amounting to millions of shekels (hundreds of thousands of dollars).

‘All we can say is that there have been no incidents or Israeli attacks in the Gaza Strip since the last wave of airstrikes on Friday night,’ a military spokeswoman told AFP.

On Friday, three Hamas militants were killed as air raids sent fireballs exploding into the sky over Gaza, while Israel said rockets had been fired back at its territory. A fourth Palestinian was shot dead in protests near the border.

The United Nations urged all sides to step ‘back from the brink’ of war after months of increasing tensions. 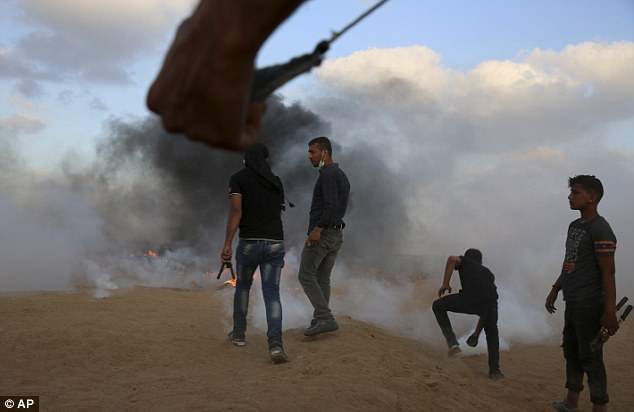 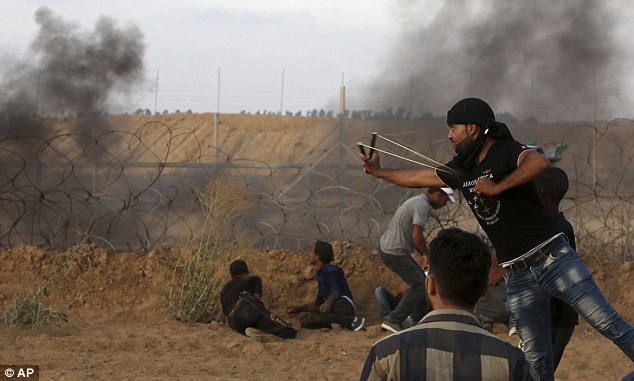 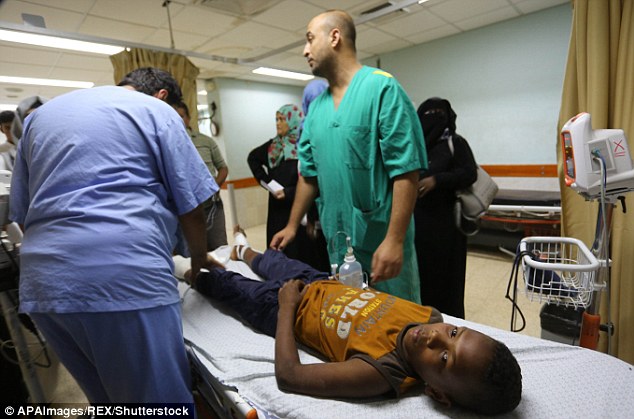 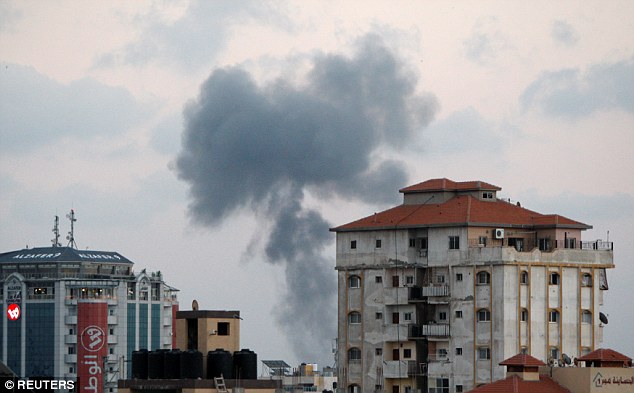 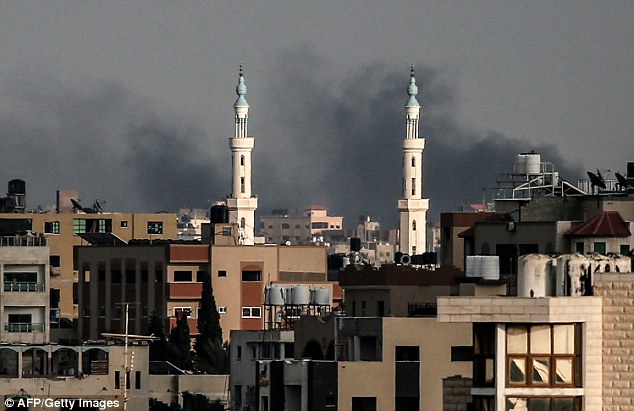 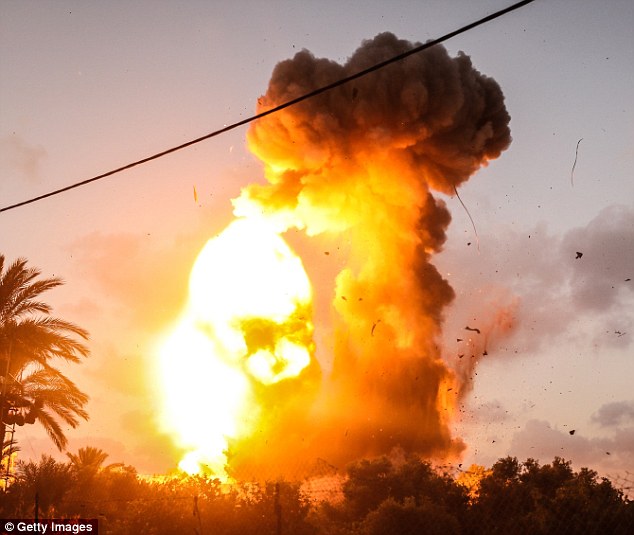 Smoke and flames rise into the air after Israeli air strikes targeted points, reported to belong to Hamas, in Ez-Zeitoun town south of Gaza City 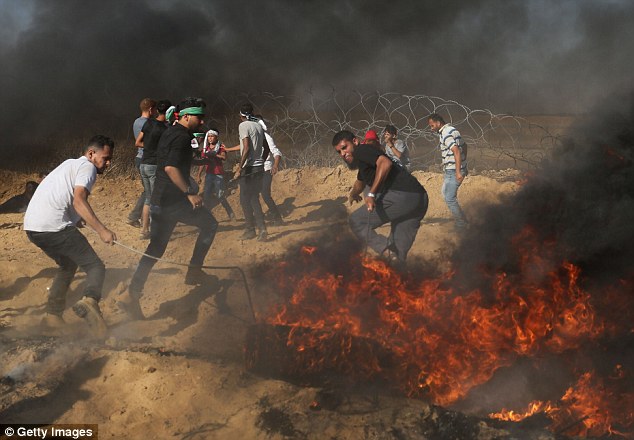 The soldier, shot dead along the border in southern Gaza, was the first to be killed in and around the Palestinian enclave since a 2014 war between Israel and Hamas.

Friday’s flare-up is the latest as demonstrations and clashes on the frontier since March have seen at least 149 Palestinians killed.

In response, the Israeli army said they struck 60 Hamas sites including weapon manufacturing sites, a drone warehouse and a military operations room.

It came only a week after most severe exchange of fire between Israel and Palestinian militants in Gaza since the 2014 war.

‘Hamas works relentlessly to destroy Israeli lives (& Gazans suffer as a result of Hamas),’ he tweeted, while offering condolences to the soldier’s family. 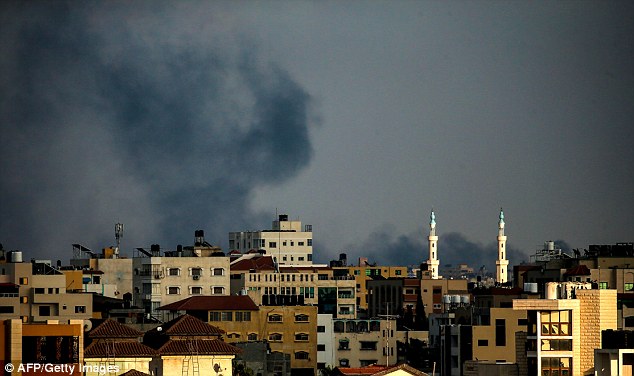 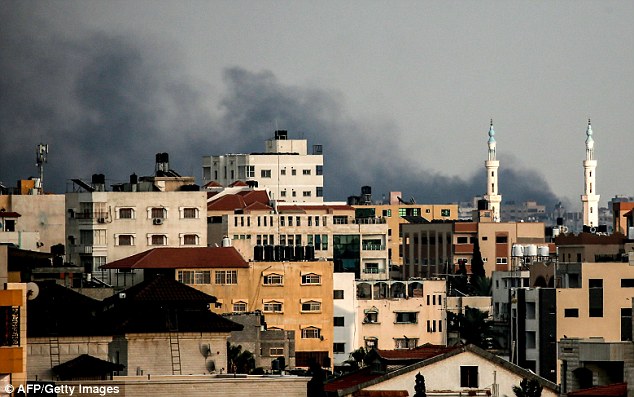 Hamas and Israel have fought three wars since 2008, most recently in 2014.

Israel has tightened its already crippling blockade of Gaza in recent weeks as it seeks to pressure Hamas to end the incendiary kites and balloons.

‘The ceasefire is crucial and shows neither side wants war but it’s only temporary reprieve.’

‘Unless it can be consolidated and translated into a more permanent agreement that includes an easing of Israeli restrictions then we will continue to witness ever more frequent flare ups.’ 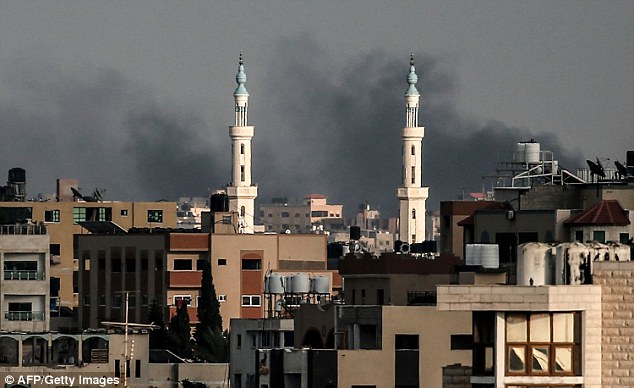 Hamas vowed it will continue weekly protests and the launching of incendiary devices at Israel. 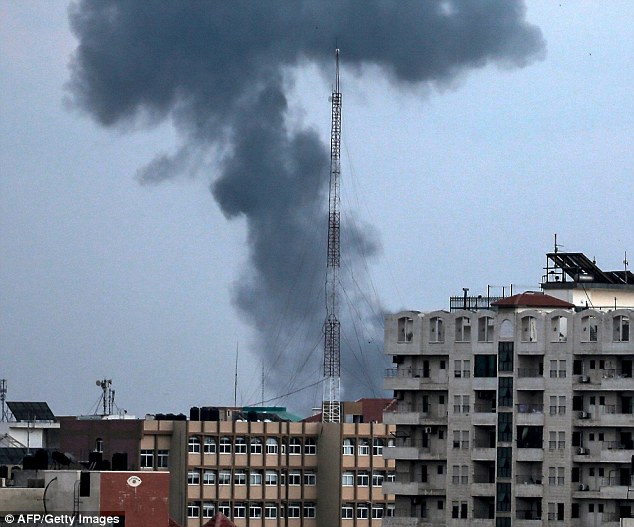 Shots were fired at troops along the border, the army said, with Gaza’s health ministry reporting three Palestinians killed 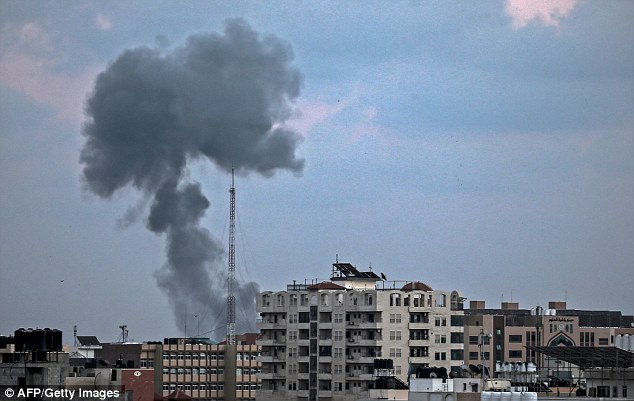