Thousands of heart attack and stroke victims are waiting at least two hours and 20 minutes for an ambulance in the coronavirus crisis.

Emergency response times are the worst on record as paramedics face a surge in demand at a time when many are off sick.

Patients with suspected heart attacks or strokes are bearing the brunt as they are bumped further down the priority list behind the growing number of virus call-outs.

They are classified as ‘category 2’ calls and should have an 18-minute target response time. But one call handler told the Daily Mail some have waited as long as four hours, adding: ‘There’s huge amounts of risk with the delayed times.’ 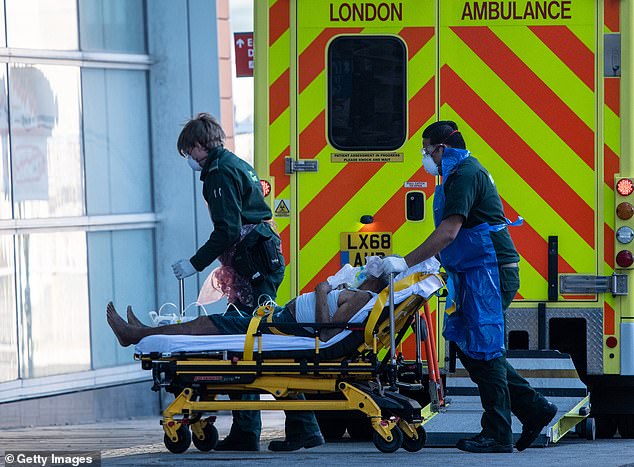 Thousands of heart attack and stroke victims are waiting at least two hours and 20 minutes for an ambulance in the coronavirus crisis. Pictured above, ambulance paramedics transfer a patient into the Royal London Hospital

There is growing concern within the medical profession that patients are being indirectly harmed by coronavirus due to delays to their treatment or because they put off seeking help themselves.

The Mail revealed yesterday that up to 2,700 cancers were being missed every week because patients were avoiding seeing their GP or not attending screening. Chief Medical Officer Professor Chris Whitty said yesterday it was ‘absolutely critical’ for heart attack and stroke victims as well as children with asthma to continue to seek medical help. It came as:

A Mail analysis of NHS England figures – the latest that are available – reveals that in March, some 6,649 category 2 patients in London waited an average of two hours and 20 minutes for an ambulance.

NHS England last night said the figures for April have improved, particularly in London, and the ambulance service was now meeting its response time targets.

Heart attack and stroke victims should ideally receive treatment within the ‘golden hour’ of onset of symptoms. If they wait much longer, they are more likely to suffer irreversible damage to the heart or brain, which can lead to disability or death. To make matters worse, doctors believe many put off calling 999 when they first experience chest pain or stroke symptoms because they don’t want to burden the NHS or risk contracting the virus in a hospital. 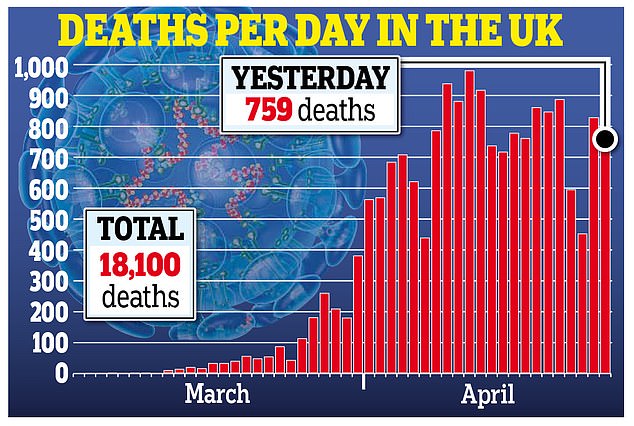 One whistleblower, who handles 999 calls in the North, said some category 2 patients had to wait four hours for an ambulance. Speaking anonymously, she said: ‘There’s huge amounts of risk with the delayed times. If you’ve had a heart attack you could be dead.

‘A stroke is time critical, if you’re leaving people with a stroke without treatment then potentially they won’t recover from that stroke.’

Debbie Wilkinson, chairman of the Unite union’s ambulance committee, said the volume of calls had doubled at a time when a fifth of ambulance workers are off sick.

Across England, approximately 40,410 category 2 patients – the 10 per cent who were delayed the longest – waited an average of 1 hour 9 minutes in March.

Category 1 calls – including cardiac arrests or coronavirus patients who are struggling to breathe – waited an average of eight minutes and seven seconds. The figures also show the ambulance service responded to a total of 866,575 calls in March – an average of nearly 30,000 a day – a 17 per cent rise on the previous year.

The NHS said: ‘It is absolutely understandable during the biggest healthcare crisis in NHS history that ambulances, particularly in the capital, were under significant pressure. Performance in London and elsewhere has now improved substantially, and anyone experiencing a medical emergency should continue to call 999 as usual.’

attack, have, heart, to, victims, W
You may also like: