A courier has been accused of ‘theft’ after footage emerged showing him taking a photo of a parcel outside a home before returning the item to his van.

The bizarre incident was caught on CCTV by the recipient’s neighbour last Friday after she was unable to locate her £50 Sports Direct order.

In the clip, the courier, who has since been sacked by Hermes, can be seen pulling up to the home in Four Marks, Hampshire. 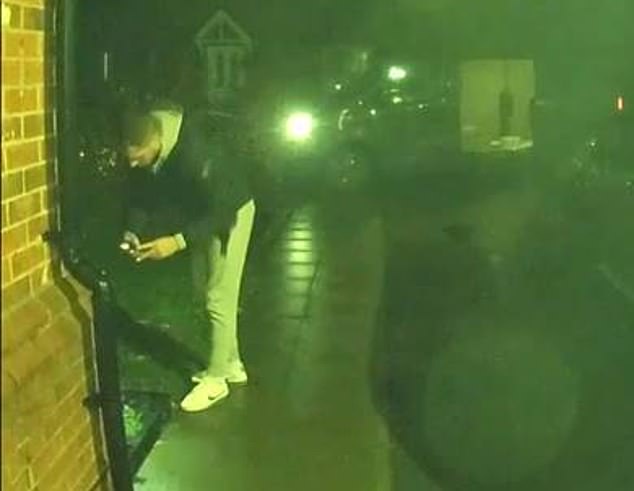 The delivery driver, believed to be working for Hermes, took a picture fo the parcel outside the intended address in Four Marks, Hampshire

He rummages around his van to find the delivery, before walking up to the neighbour’s front door with the item in hand.

He can then be seen placing the parcel outside the house, before using flash to snap a picture.

However, he then picks up the package and wanders back towards his vehicle.

As the video ends, he throws the item back into his van and gets ready to shut the door.

The recipient’s neighbour, who does not wish to be identified, says she re-watched the footage after her friend received a delivery notification, but could not find her item.

A Hermes spokeswoman said: ‘We removed this courier last week, when we were first contacted by the customer, as this is unacceptable behaviour which falls below our high standards. We have been in contact with the customer to apologise for the inconvenience and will also offer goodwill.’ 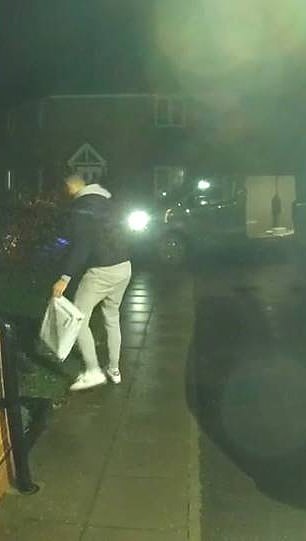 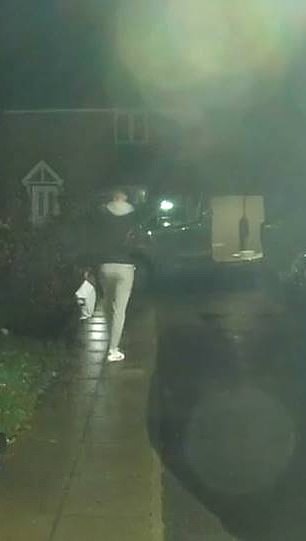 Although he took a picture of the £50 parcel outside the woman’s home, he was then seen on CCTV picking it back up and placing it in his van

She then took to Facebook to share the clip, saying: ‘When your neighbour’s parcel gets ‘delivered’ by Hermes UK’ with an eye-rolling emoji.

Social media users have been left in disbelief over the footage.

Eleanor Alcock said: ‘Omg that’s mental! What an idiot, see so many people have cameras today you would think they think about that.’

Chris Martin commented: ‘Wow! What did the company say about the theft?’

And Naomi Aylott wrote: ‘I have no words.’

Speaking today, the neighbour revealed she believes the courier has since been let go.

She said: ‘I can’t possibly speculate about what has happened.

The shocked neighbour shared the footage on social media, much to people’s disbelief

‘All I can say is it went back in the van and my neighbour received a delivery notification. Apparently the driver has been sacked.

‘Unfortunately reading online this seems like the tip of the iceberg in terms of parcels being ‘delivered’ and not being there when people go to get them.

‘In the year we’ve all had, it’s going to make things even worse for families.

‘We used to have an amazing Hermes driver before this one.

‘Sadly he’s been moved to another round.

‘Hermes seriously need to look at their internal procedures in recruitment and proof of delivery.’