Hopes of a High Street revival have been dashed with a new slump in shoppers and pub-goers on the back of punishing new lockdowns and curfews.

On average, shopper numbers at UK retail destinations have now fallen for a fourth straight week.

Nationally, the number of people going through the doors of shops, pubs and restaurants fell by 3.1 per cent last week compared to the week before.

That means they are down by around a third on a year ago, however the situation is particularly bad in the centre of London and regional cities. 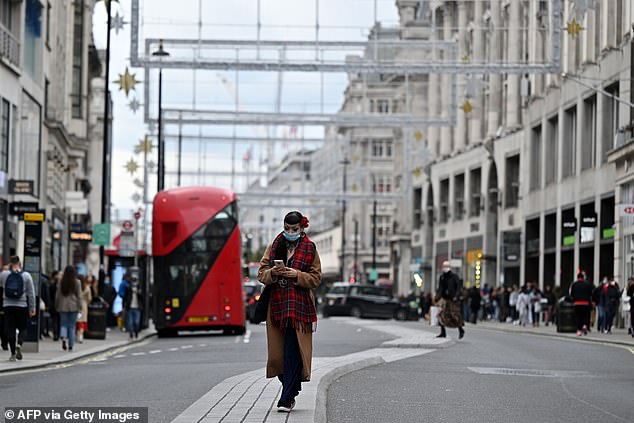 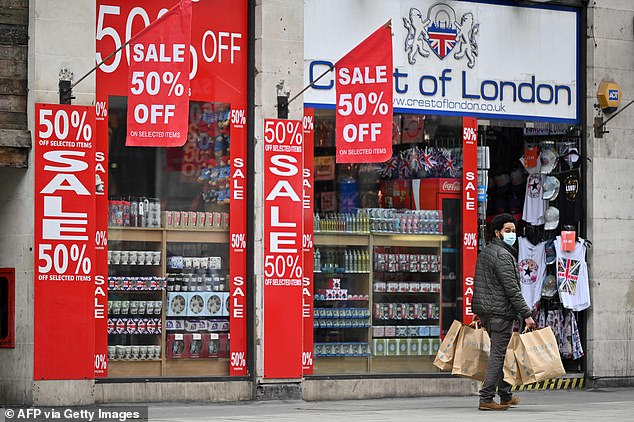 Alarmingly, the footfall in central London has collapsed by 60 per cent compared to 2019, while the figure for regional cities is down by around 50 per cent, according to experts at Springboard.

This confirms the ‘ghost town’ status of many once thriving streets and will fuel fears over business closures and job losses.

Around 300 people from the hospitality industry protested outside Parliament today to demand extra financial support amid fears of mass redundancies.

Springboard’s figures show the number of people on the streets in Scotland fell by some 20 per cent last week compared to the week before after the SNP government imposed strict new controls, including forcing pub and restaurant closures, to combat a rise in coronavirus.

This leaves them some 38 per cent lower than a year ago.

There was a fall of 9.8 per cent in Northern Ireland, where the authorities have moved to a new round of lockdown controls on families and businesses. 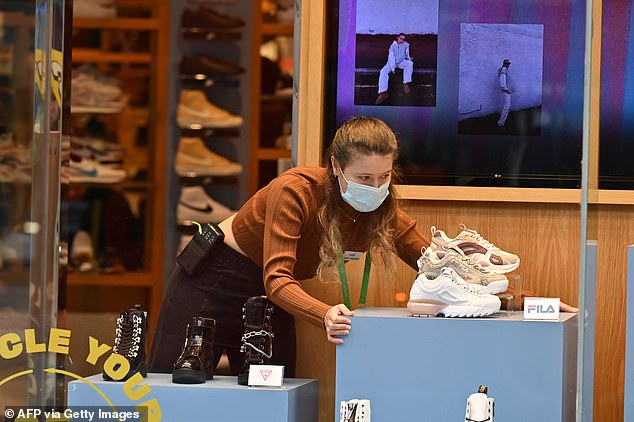 As a result, shopper numbers are down by around 30 cent on a year ago.

This pattern is set to be mirrored across English regions and Wales as new lockdowns are rolled out through the winter.

Just today, it was revealed that a record number of chain store outlets, more than 11,000 have closed so far this year.

Retail industry leaders are warning of a total of 255,000 job losses by the end of this year.

Separately, the hospitality industry has raised the grim prospect of 750,000 job losses across pubs, restaurants and hotels by February next year.

Springboard said the controversial decision to impose a 10pm curfew on pubs and restaurants cut footfall after 6pm by an average of 4.5 per cent, which compares to a smaller decrease of 2.4 per cent during the day.

Renowned chef, Yotam Ottolenghi, who attended the Westminster protest, said he would prefer a circuit-breaker lockdown with support similar to the furlough scheme rather than see the industry ‘killed’ by tiered restrictions.

The chef, who owns six restaurants in London, said: ‘I don’t think hospitality has been proven to have spread corona. 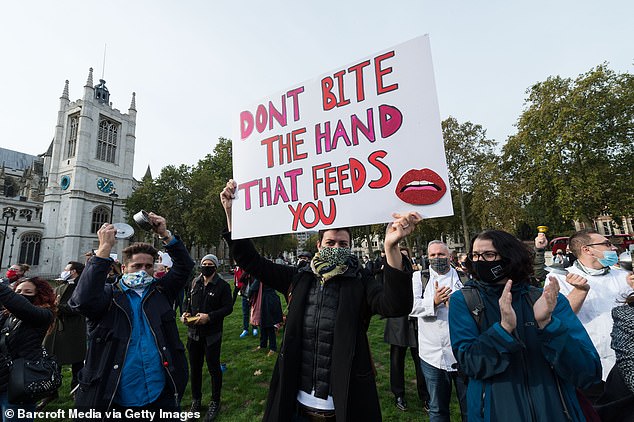 ‘If it has, then shut us all down and give us furlough again, because otherwise you are killing really good businesses.

‘People are genuinely scared of losing their jobs because they are keeping us open in this ludicrous way.’

Mr Ottolenghi, 51, said: ‘It’s really hard, we’ve got a great industry with lots of heart, and nobody works in the hospitality industry to get rich, we do it because we love what we’re doing.’

Insights director at Springboard, Diane Wehrle, said: ‘The additional Covid tiered restrictions had an immediate impact on footfall in retail destinations last week with an across the board week on week decline.’

Numbers in high streets were down by 2.8 per cent on the week before with the result they are 40 per cent lower than a year ago. 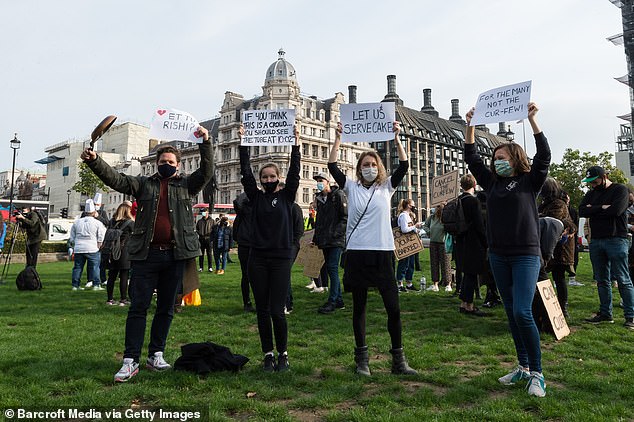 The hospitality industry has raised the grim prospect of 750,000 job losses across pubs, restaurants and hotels by February next year, as they protested in London today (pictured)

The figure for retail parks fell 3 per cent, leaving them down 13.2 per cent on last year, while those visiting shopping centres were down by 3.5 per cent in a week and 34.6 per cent on a year ago.

Miss Wehrle said: ‘Somewhat inevitably, given the advice for people to work from home and the increased restrictions on travel, footfall regional cities declined by significantly more than in smaller towns around the UK.

‘The 10pm closure of hospitality is having a clear impact on high street activity during the evening, with far greater declines in footfall post 6pm than over the daytime trading period of 9am to 6pm’.

fa, high, numbers, shopper, street
You may also like: