This is the comical moment a woman accidentally breaks her TV stand while performing a dance routine in her living room.

The footage, which was captured in Irvine, California, U.S., shows the anonymous homeowner spring to her feet and glide from side to side to the music.

The dancer then sits on the floating entertainment stand, resting just underneath her television, when it breaks from the wall and falls to the ground. 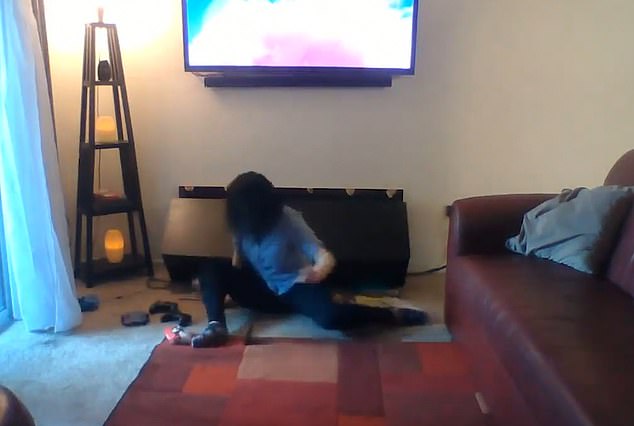 The anonymous woman, from Irvine, California, U.S., breaks the television stand during her dance routine 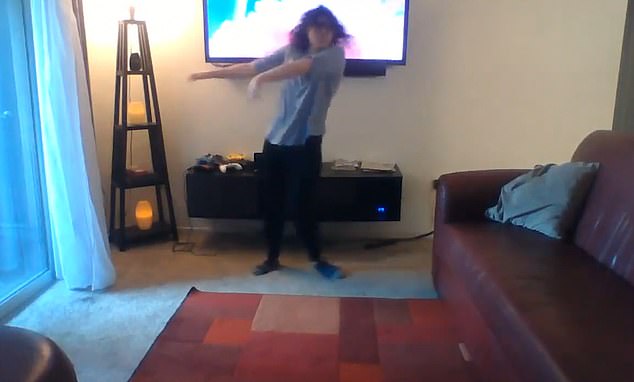 Following the incident the dancer told ViralHog: ‘A month ago, I was dancing, though I got too carried away and ended up breaking the floating TV stand in the living room. I thought I could try to fix it, but it was useless.’

During the clip, which was captured in April, the woman enthusiastically moves to the music and displays her flair for dance.

The dancer sits on the TV stand, which is mounted on the wall, and crosses one leg over the other. 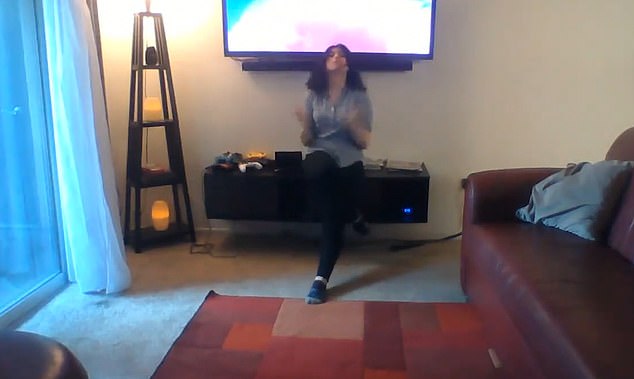 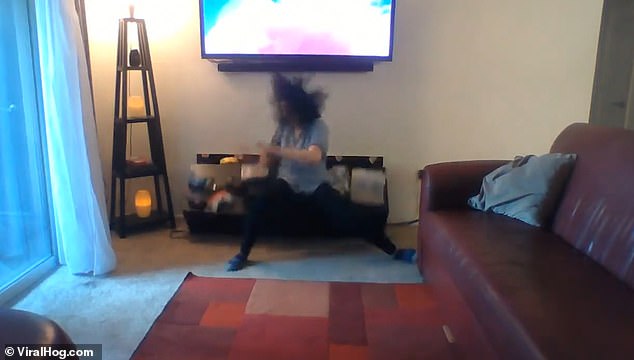 Within seconds, the cabinet breaks off from the wall and falls to the ground along with the dancer 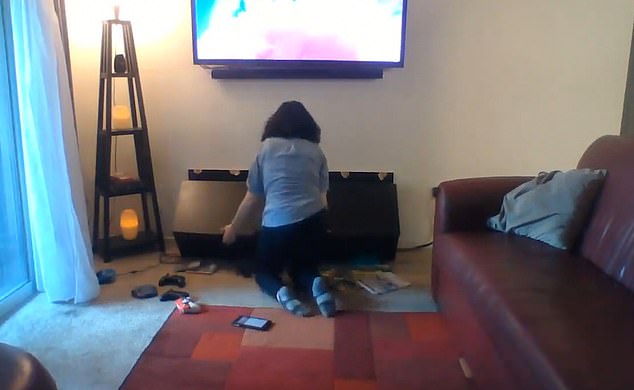 Within seconds, the cabinet detaches from the wall and falls to the ground along with the dancer.

The woman then clambers back to her feet and lifts the stand back up to the wall in an attempt to re-attach it.

However after multiple attempts it soon becomes apparent the cabinet is broken.