HONG KONG (Reuters) – Hong Kong barred the Asia news editor of the Financial Times from entering the city as a visitor, the newspaper said, after authorities refused to renew his work visa in October, raising questions about the city’s commitment to free speech. 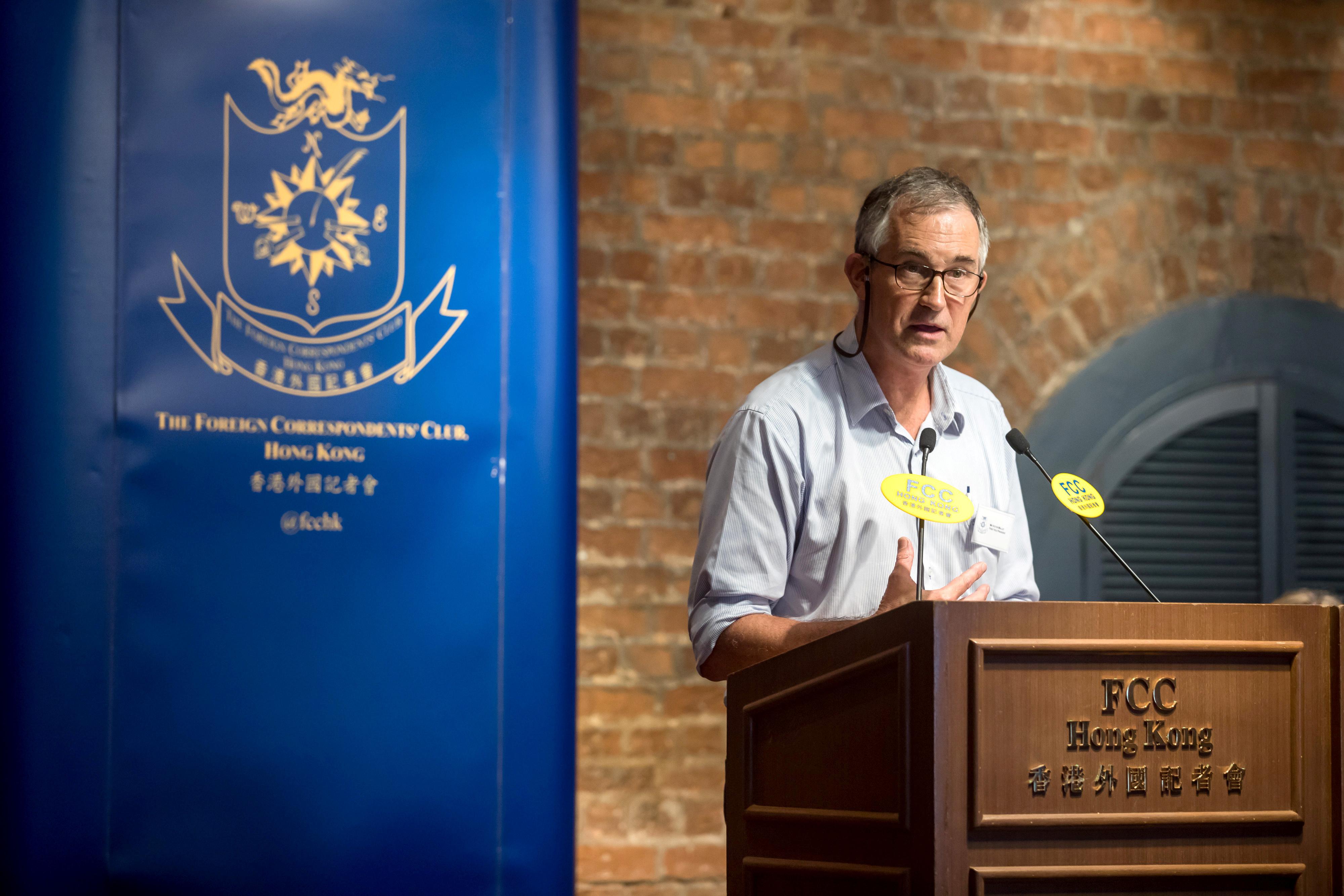 Victor Mallet “attempted to enter Hong Kong on Thursday as a visitor but was turned away at the border after several hours of questioning by immigration officers,” the Financial Times said.

Mallet did not comment further when contacted by Reuters.

Hong Kong’s government said the case had nothing to do with freedom of expression or the press.

“In considering any application for entry, we will be acting in accordance with the law and the prevailing immigration policy to make a decision,” it said in an emailed statement on Friday. Analysts have cited the FT editor’s case among other examples of Hong Kong officials taking a tough line on perceived critics and dissent in the former British colony.

On Thursday, a prominent Chinese dissident writer, Ma Jian, said on Twitter that he was told by a Hong Kong arts center that it would no longer host two of his talks as part of the Hong Kong International Literary Festival.

In Mallet’s case, the government declined to renew his work visa last month after a speech he hosted at the Hong Kong Foreign Correspondents’ Club (FCC) by an independence activist was strongly condemned by officials in China and Hong Kong.

Authorities did not give a reason for the visa decision, which shocked many in the city’s international community and revived a debate over promised freedoms in the financial hub.

The FCC said on its website on Friday it was “shocked and baffled” by Mallet’s denied entry into Hong Kong.

Beijing and Hong Kong authorities say independence violates the “one country, two systems” principle which has governed the territory since it was handed back to China in 1997.

The principle promises Hong Kong a high degree of autonomy and freedoms not enjoyed elsewhere in China, rights which are enshrined in a mini-constitution known as the Basic Law.

The human rights situation in Hong Kong came under scrutiny in Geneva this week from several foreign governments at a United Nations hearing on rights in China.

On Thursday, exiled Chinese author Ma Jian tweeted that the Tai Kwun arts center, which was set up with government support, had canceled two events where he was to speak.

Tai Kwun director Timothy Calnin said in an emailed statement that the center “did not want to become a platform to promote the political interests of any individual.”

“I’m a novelist, not an activist, and am attending the Festival to discuss my new novel, China Dream. My ‘politics’ are simple: I believe in free thought and free speech. Without them, life has no meaning,” Ma wrote on Twitter.

Ma is due to arrive in Hong Kong on Friday afternoon.

Woman's body found after being 'hidden in wheelie bin for weeks' as man, 41, arrested on suspicion of murder