‘Hot Water Challenge’ warning as mum is arrested after her son poured boiling water over sleeping mate, 11, leaving him with horror burns

AN 11-year-old boy suffered third degree burns after he became the latest victim of the viral “Hot Water Challenge”.

Billy Oliver was at a friend’s house when his pal flung boiling water over him as he slept. 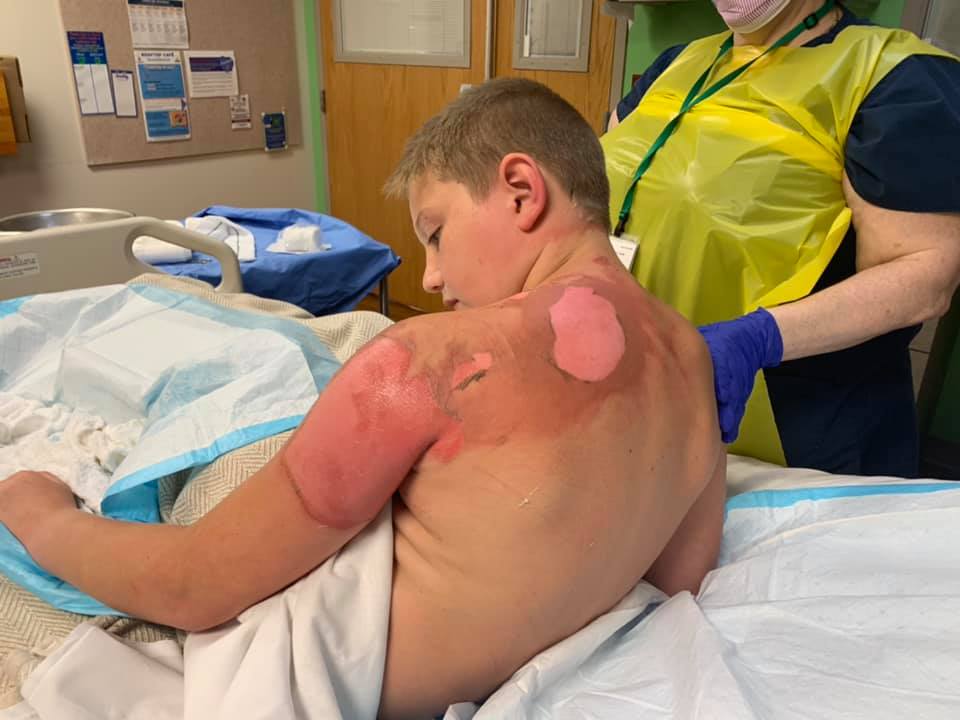 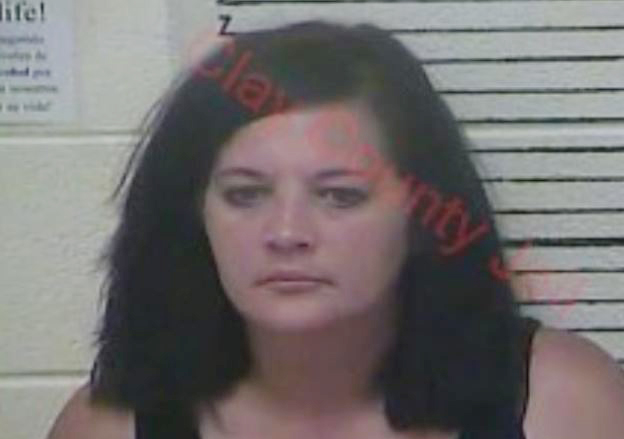 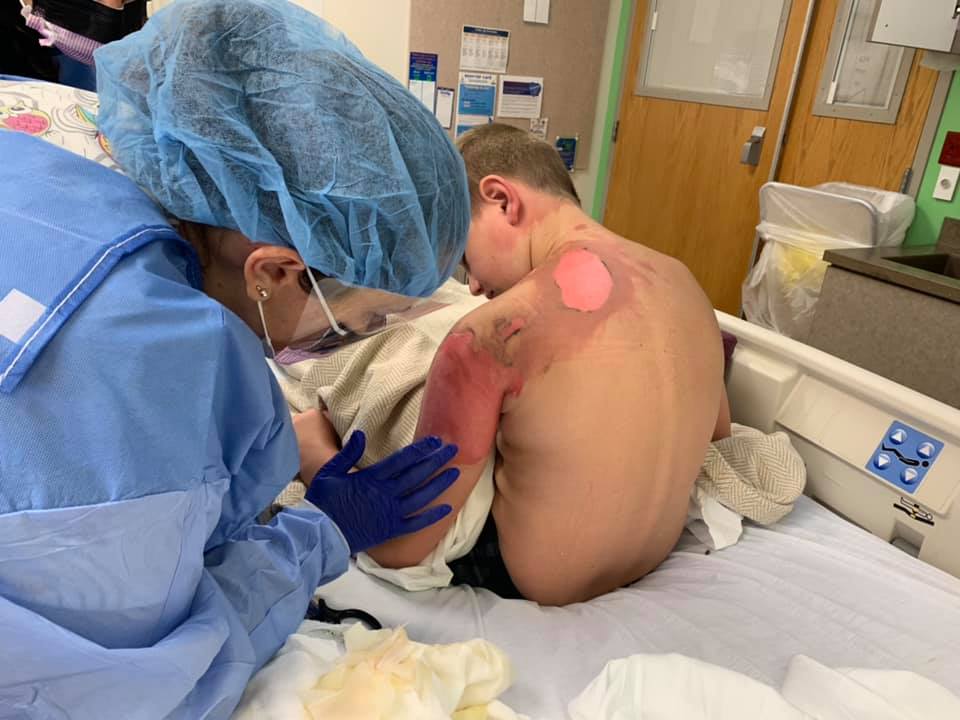 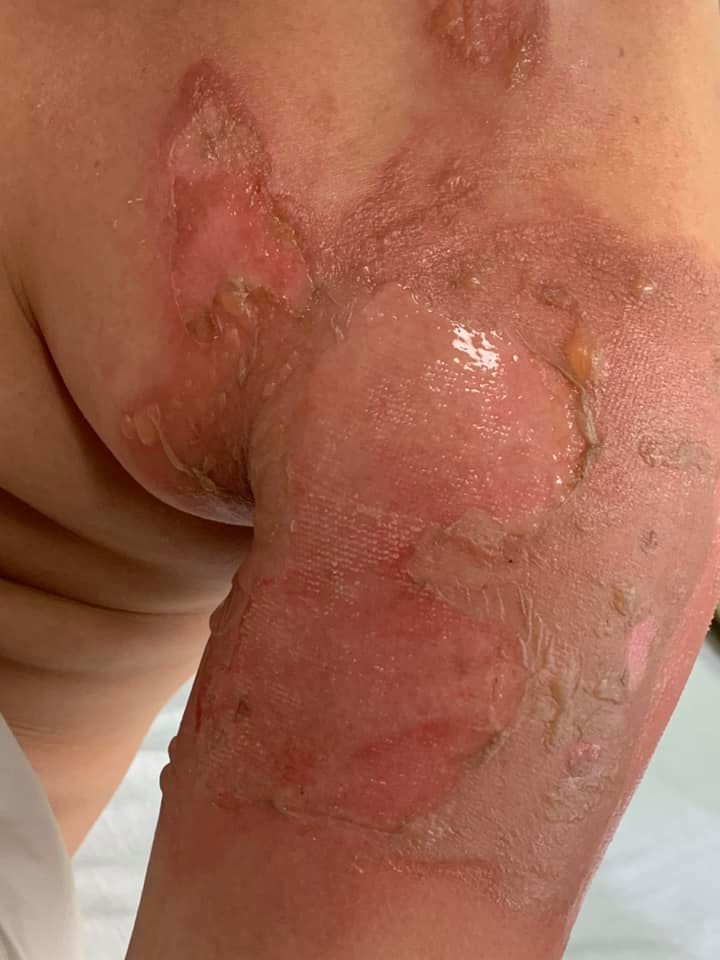 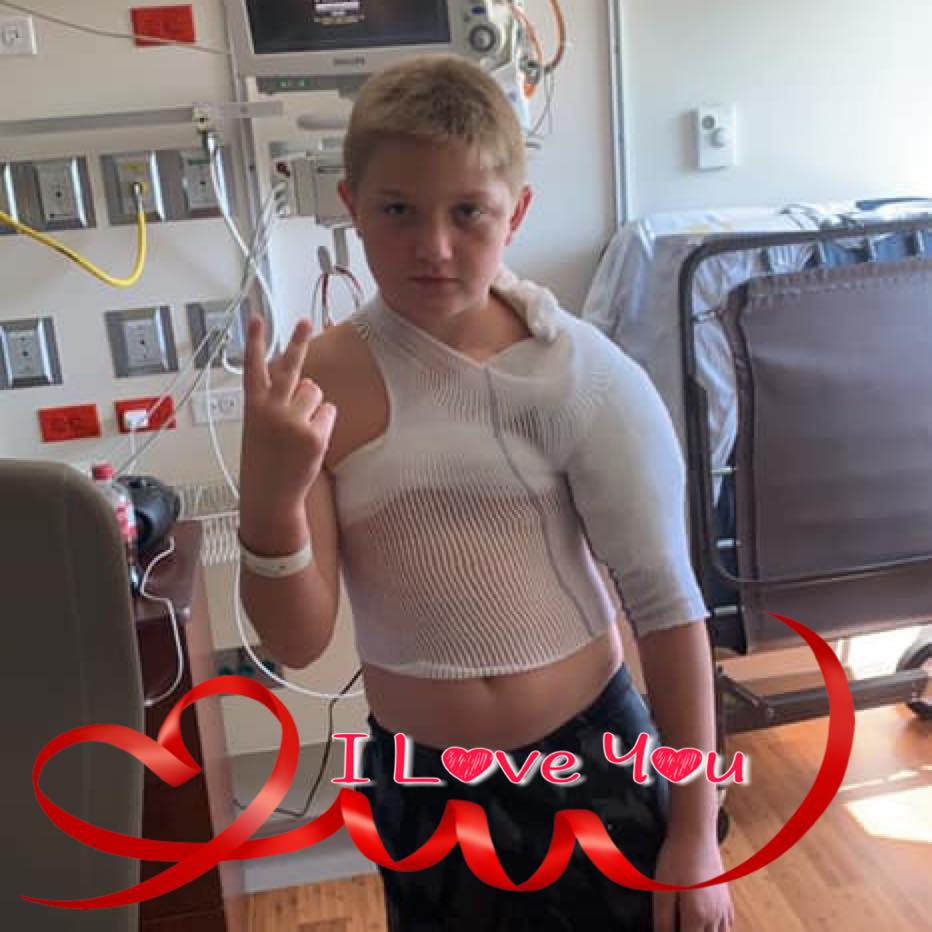 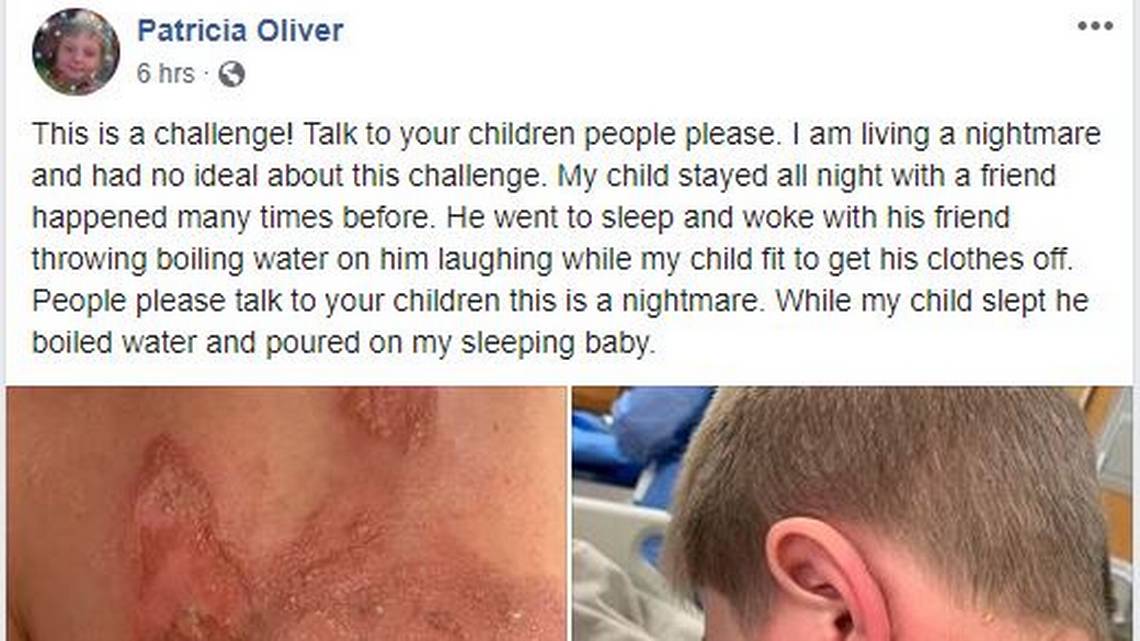 The lad was severely burnt on his neck, back, shoulders and upper arms following the horrifying internet inspired incident at around 2:30am last Tuesday in Manchester, Kentucky.

His pal’s mum has since been arrested , accused of not seeking medical help for Billy after the scalding.

Angela Guth, 42, turned herself in on Friday afternoon on charges of criminal abuse and wanton endangerment, authorities said.

The dangerous social media challenge involves people drinking or pouring boiling water on themselves or someone else.

His mum, Patricia Oliver, took to Facebook, posting pictures of her badly burned boy, and warning other parents.

She wrote: “This is a challenge! Talk to your children people please. I am living a nightmare and had no ideal about this challenge.

“My child stayed all night with a friend happened many times before.

“He went to sleep and woke with his friend throwing boiling water on him laughing while my child fit (sic) to get his clothes off.

“People please talk to your children this is a nightmare. While my child slept he boiled water and poured on my sleeping baby.”

Billy was brought to the hospital then transferred to Cincinnati Burn Center, where was treated for second- and third-degree burns, authorities said.

Billy is by no means the first person to  fall victim to the horrific challenge.

Two years ago an eight-year-old Florida girl was killed when she drank boiling water through a straw after being dared by her cousin to do so.

The Hot Water Challenge: The latest deadly internet-driven craze that is terrifying parents

The Hot Water Challenge is a dangerous new craze that has claimed several victims.

In one some instances, people are dared to drink the boiling liquid.

Parents of some of the victims have urged others to warn their kids of the dangers.

Diane Johnson – the aunt of Ki'ari Pope, who died after drinking boiling water – told local media: “Parents, talk to your kids about these challenges.

“Don’t just give them your phone and let them go by. Watch what they are doing.”

Ki’ari Pope and her cousin had apparently watched several videos on YouTube of people performing the so-called “hot water challenge” before the child severely burned her throat and died, CBS News reported.

The Burn Foundation have warned boiling water takes just seconds to cause third-degree burns – or full-thickness burn – which destroys all layers of the skin and can lead to permanent scarring.

It says: "Hot liquids can cause life-threatening burn injuries.

"When tap water reaches 60C – water boils at 100C –  it can cause a third degree (full thickness) burn in just five seconds."

NHS advice recommends treating burns with lukewarm running water for 20 minutes and taking the person to hospital if the burns are bigger than the affected person's hand, cause white or charred skin or cause blisters. 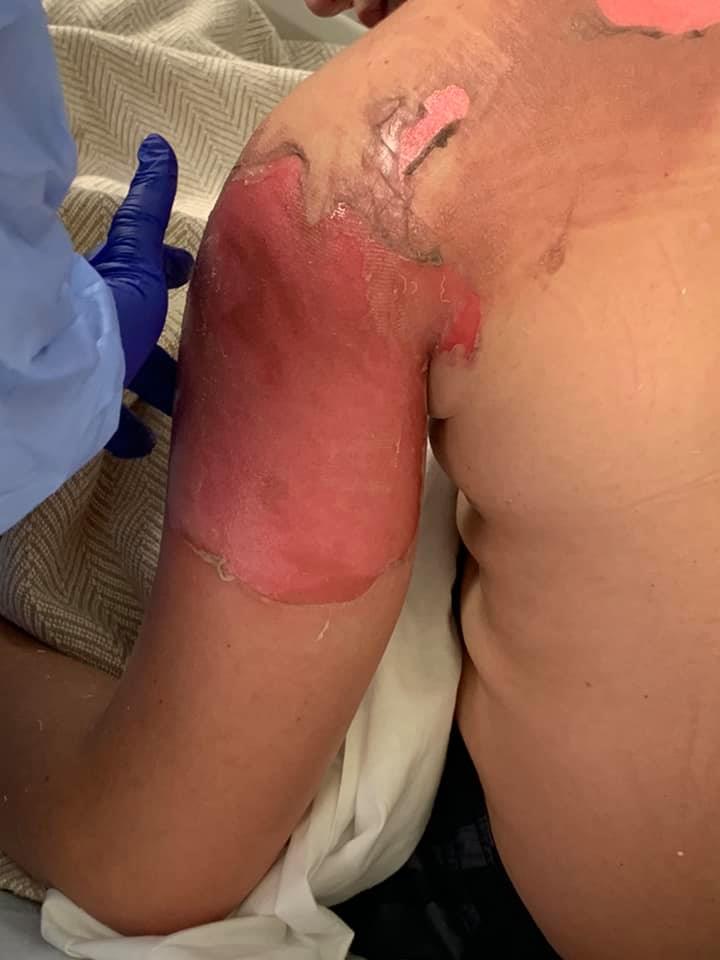 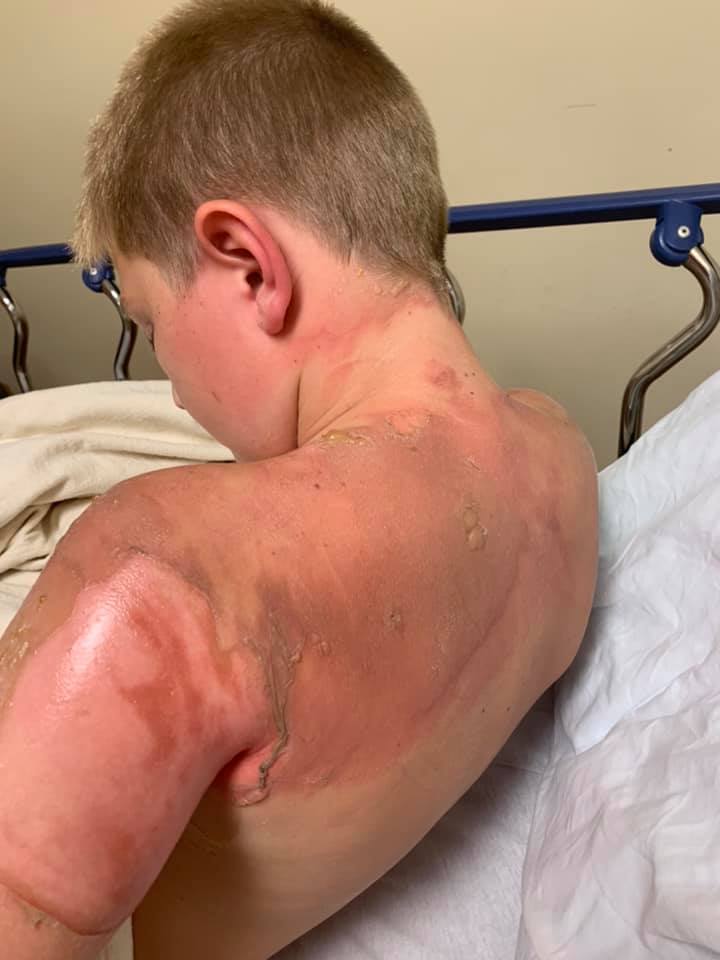