FIRING gunshots into the air, police officers swarmed on a boat full of drug traffickers as they raced towards the beach for a drop off in the dead of night.

It sounds like something you'd see in a Mexican cartel movie, but it was actually happening in a popular British holiday destination in Spain – known as the drugs gateway to Europe. 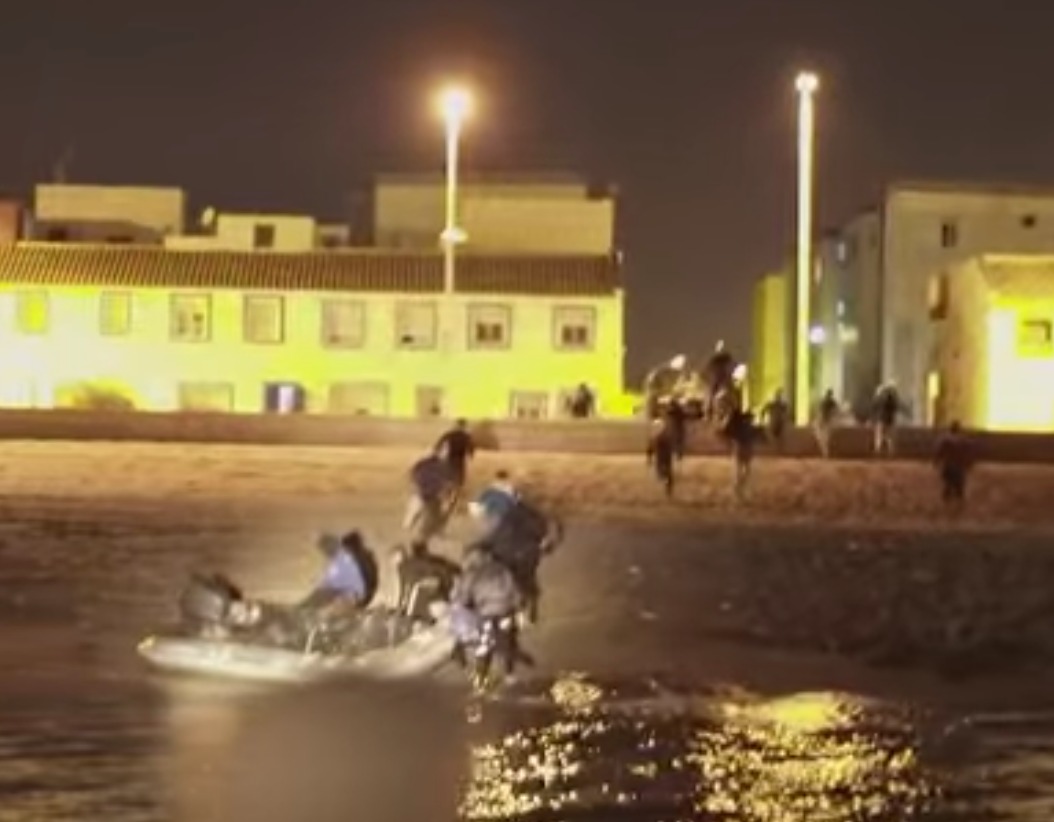 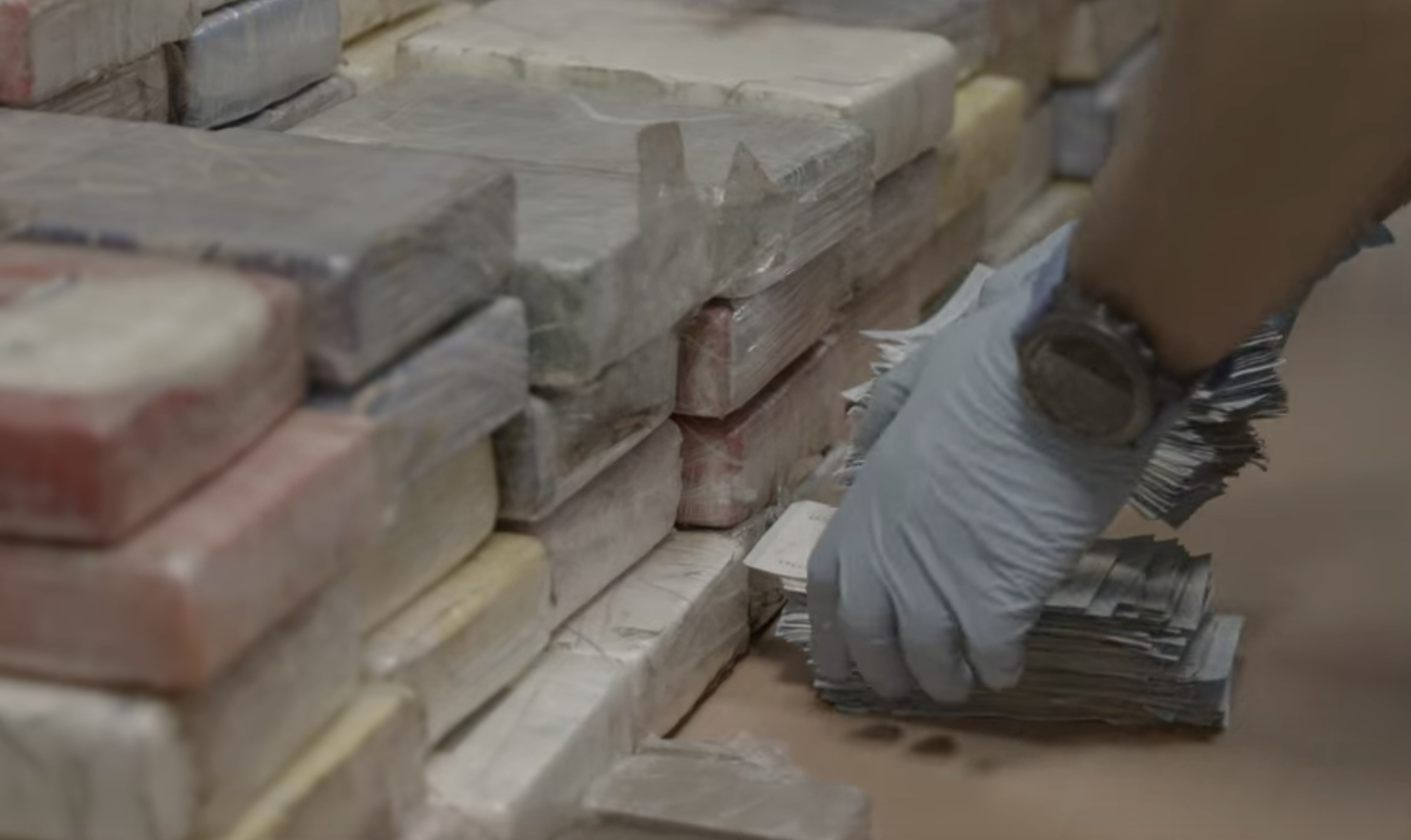 Up until 2018, La Linea de la Concepción, on the south coast of Spain, was the country's drugs capital, with Narcos travelling in by high-powered speedboats every night from north Africa to drop off several tonnes of hashish and tobacco.

It was the ideal location for drop offs due to its close proximity to Morocco – which, as of 2017, was producing more than 36,000 tons of cannabis, most of which was hash.

Police also began to discover large quantities of cocaine in recent years too, mainly shipped in via containers on larger vessels – with some even found hidden in crates of bananas in nearby Algeciras Port in 2017.

The dire situation left locals fearing to venture onto certain beaches at night, while many saw their cars and properties destroyed amid gang wars on the mainland. 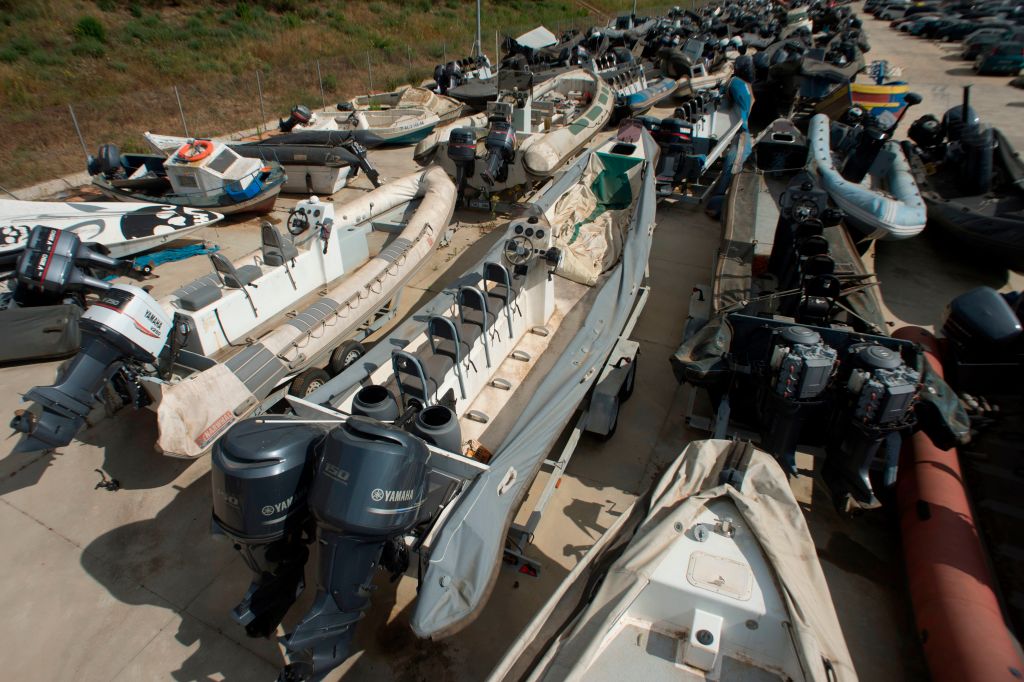 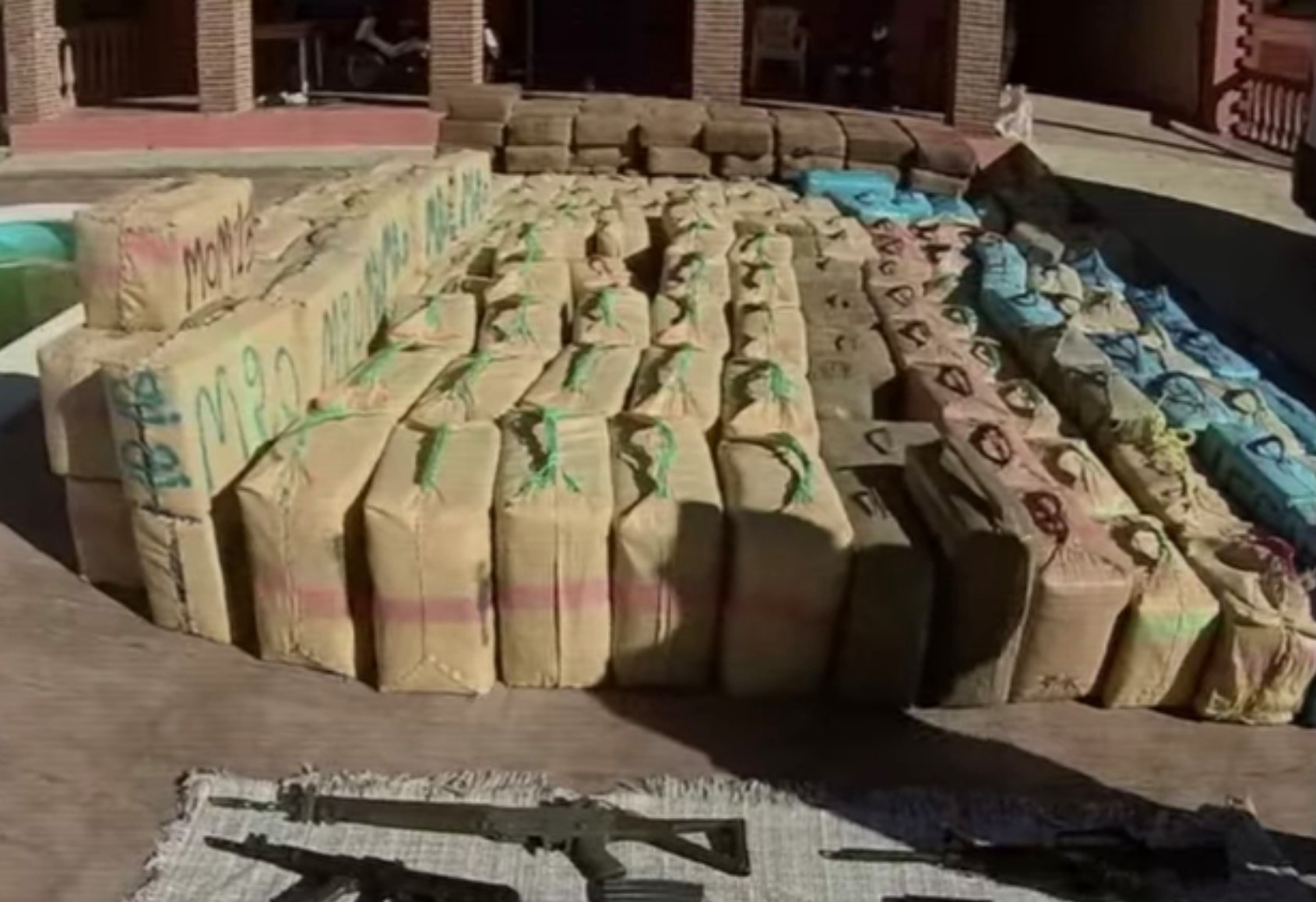 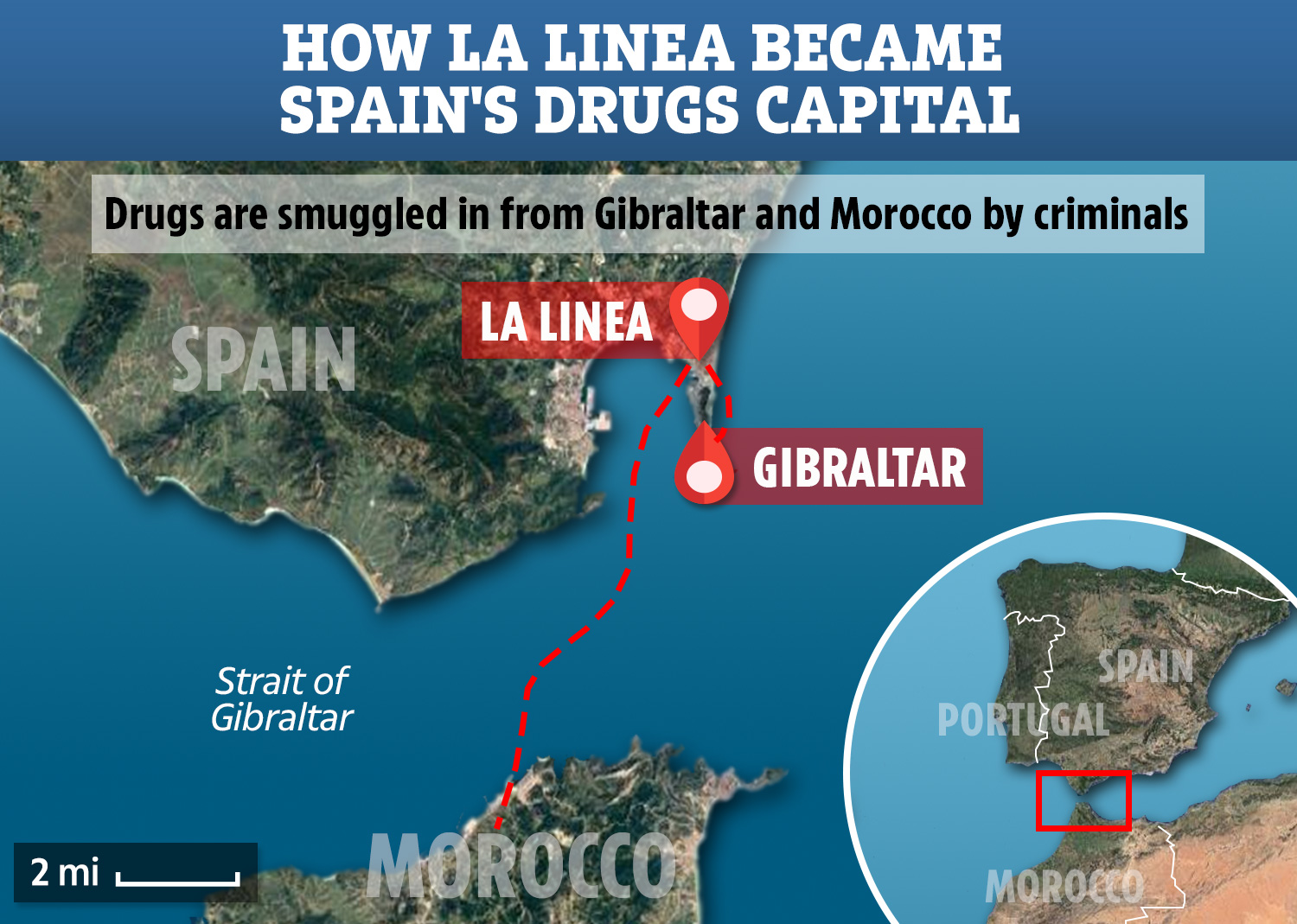 It's now the focus of a hard-hitting new Netflix miniseries, La Linea: shadow of Narco, with cameras following police officers in bullet-proof vests as they battle to take back control of the area – before finally busting the country's biggest drugs gang.

'This is a lawless city'

Much of the four-part documentary follows the Castañas gang and its alleged former leaders, brothers Antonio and Francisco Tejon – with the latter better known as Isco.

The gang, a coalition of several clans, was based around La Linea and was thought to have adopted methods and structures similar to Pablo Escobar's ruthless Medellin cartel in Colombia. 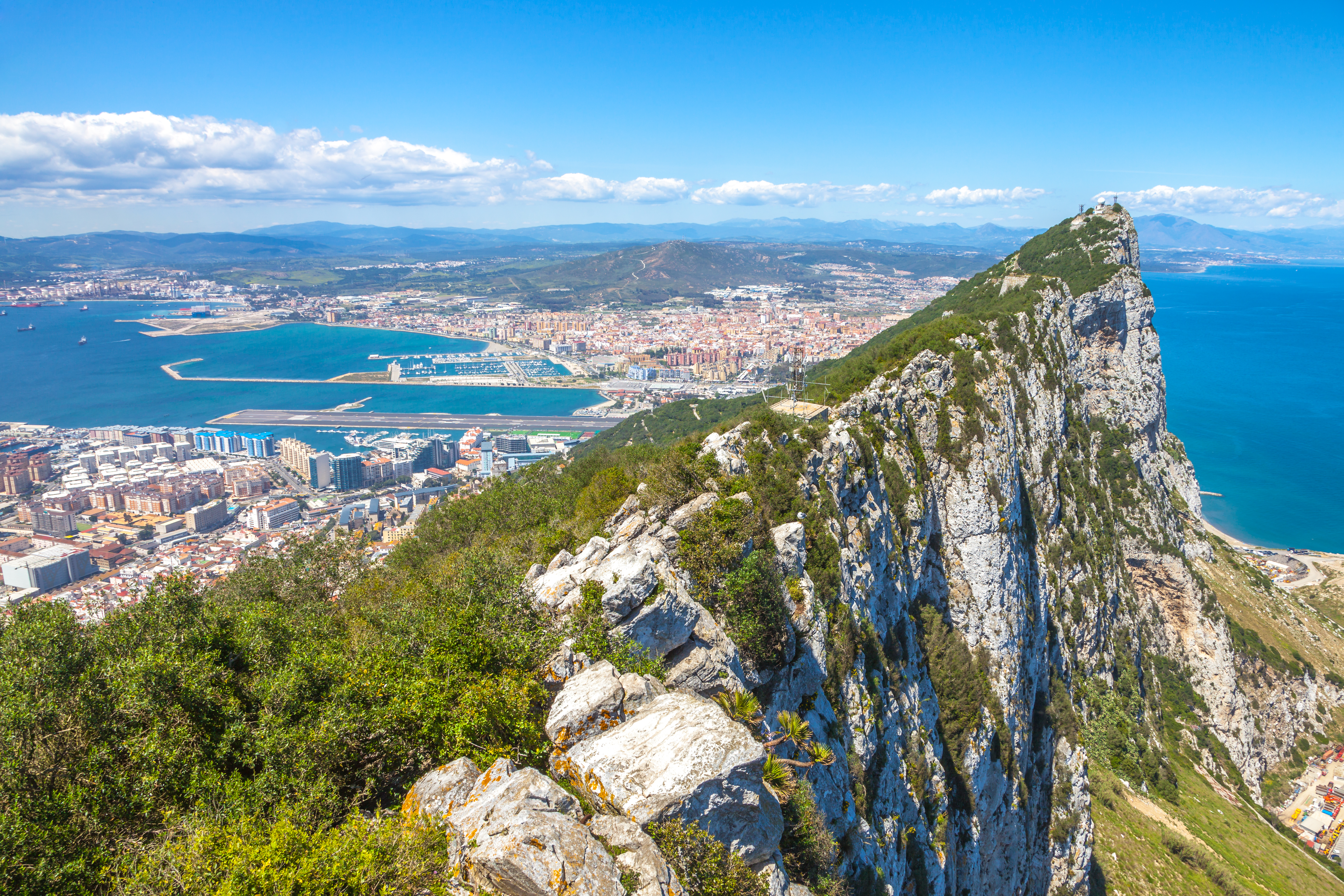 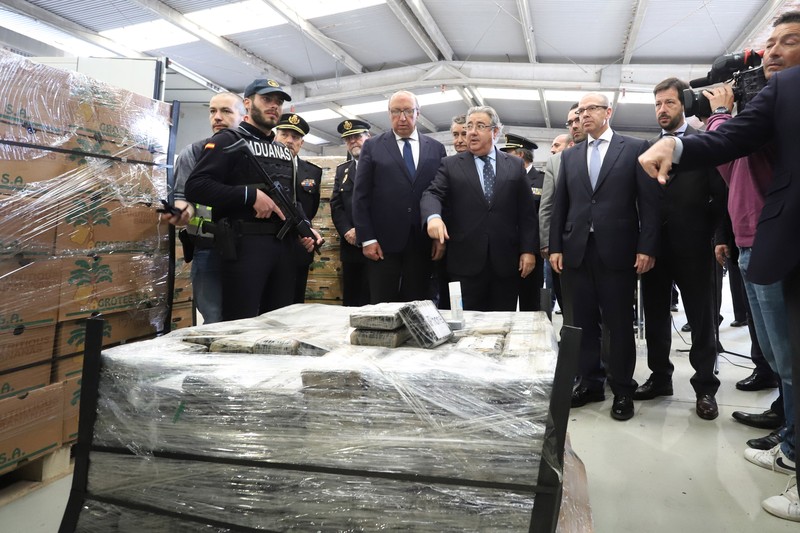 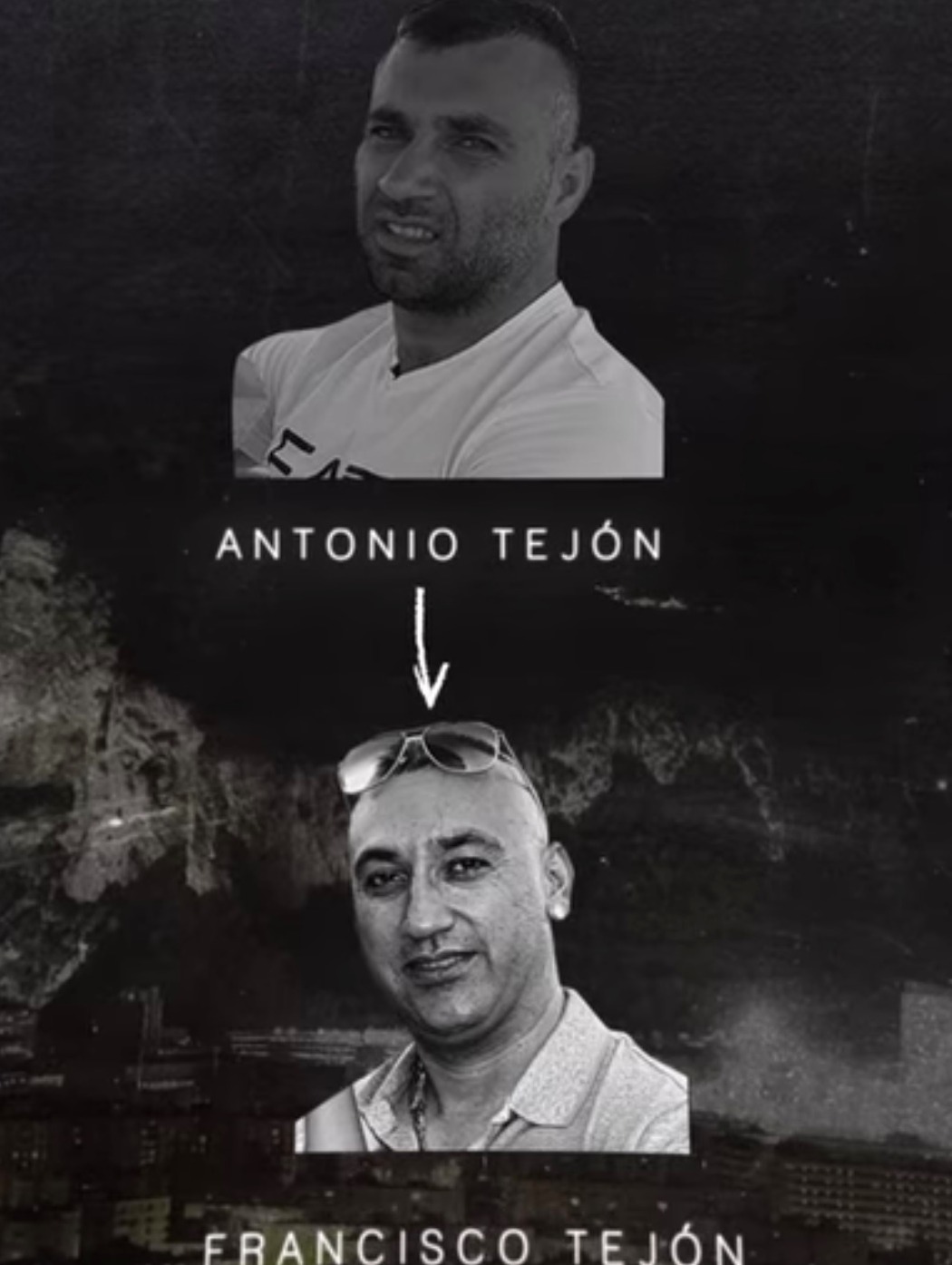 They used speedboats to smuggle hashish from Morocco through beaches and ports such as Algeciras, near Gibraltar, and are thought to have made an estimated fortune of more than 60million euros that “could be buried somewhere”.

The brothers – who were known for flaunting their £30m fortune with fast cars, yachts and hotels – soon became the most wanted men in the country and sparked a series of police investigations, which feature in the documentary.

A violent raid on a local hospital in 2018 was previously linked to the group, while one man claims he was left fearing for his life after becoming caught up in the gang. 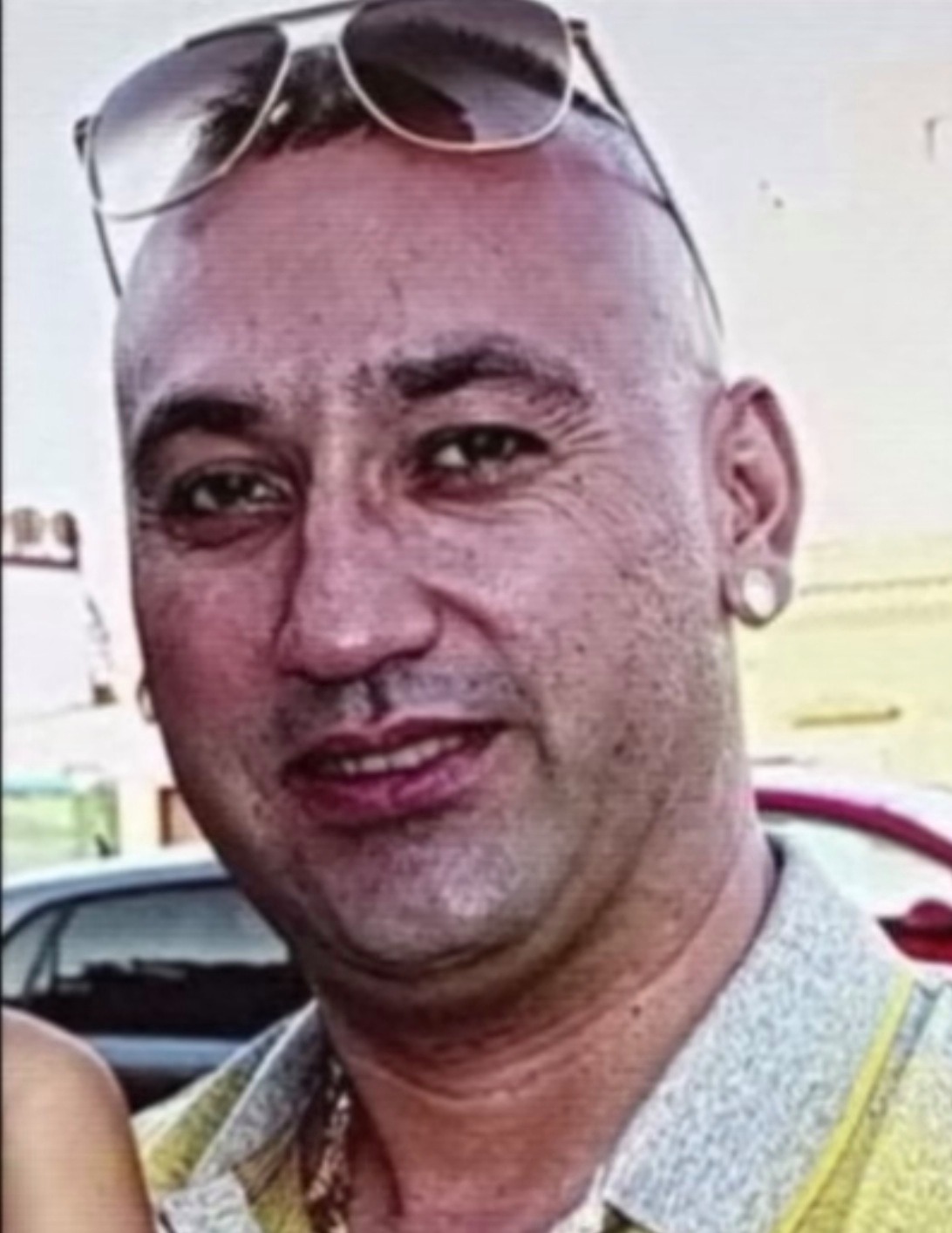 He says on camera: "I’ve had to move twice. They told me [they] knew everything about me, even my childhood… Not a direct threat, but just letting me know [they] knew about my circle.”

Public security guard Salvador Urriagli adds of the alleged leader: “Here Antonio is almost a God. He’s given many houses, he has a whole group of people around him that support him to death."

Elsewhere, the documentary touches on an increase in gang turf wars in the area, with some groups forced to defend their homes with guns against rivals.

Harrowing footage also reveals the moment a man is found stabbed in the street, while officers describe having firecrackers and molotov cocktails thrown at them. 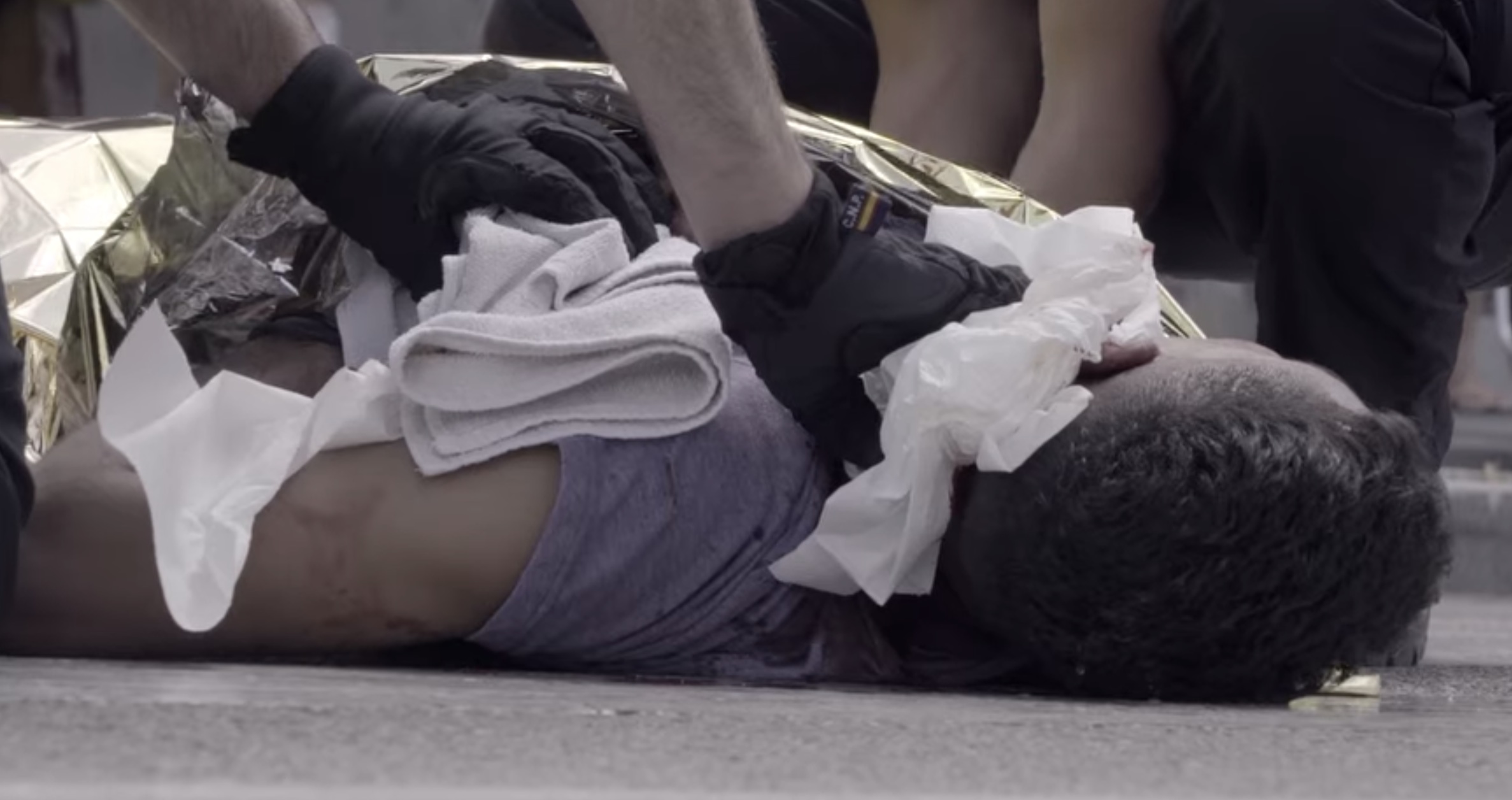 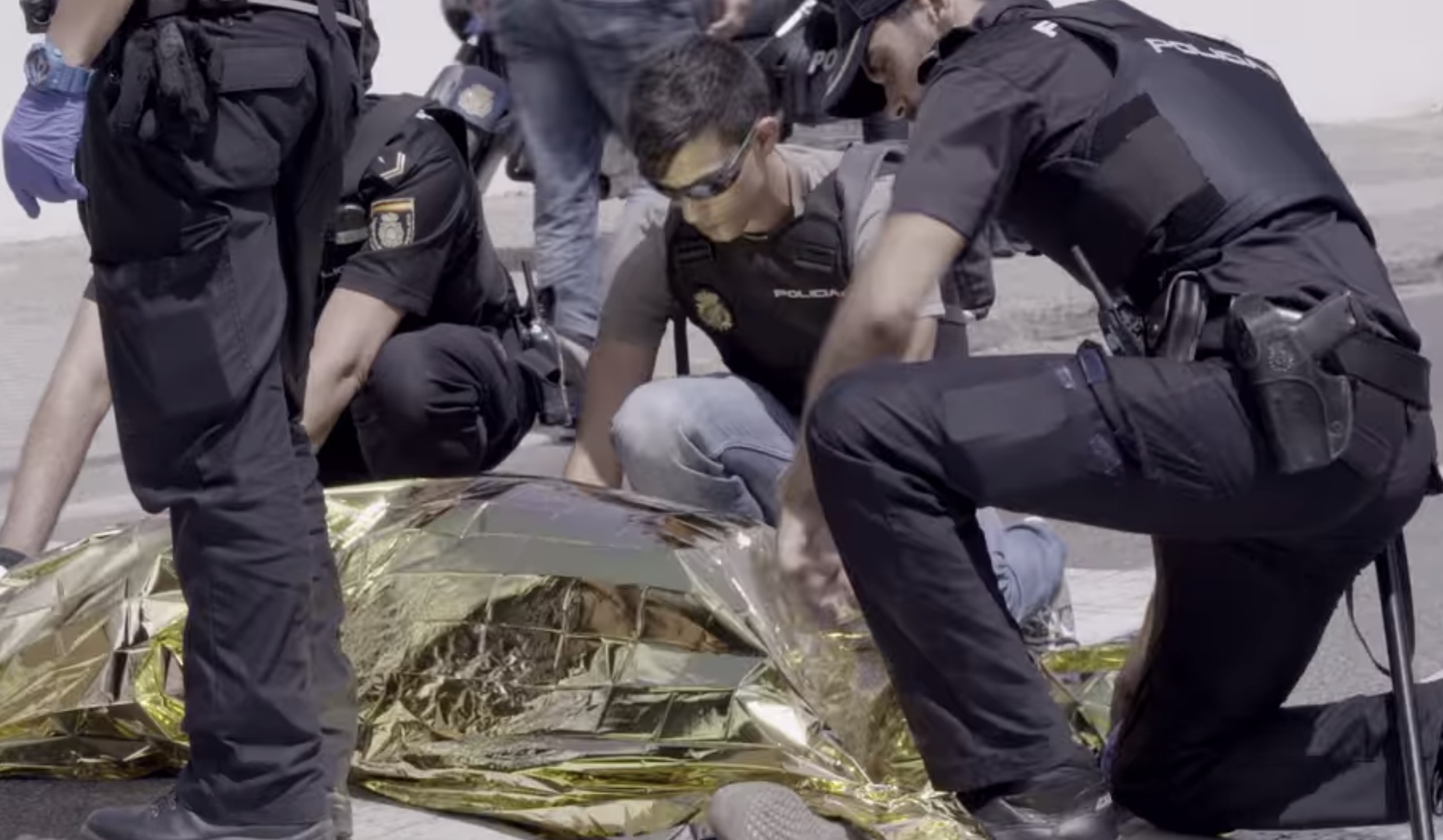 “We can’t sleep, the cars are wrecked. This is a lawless city," one resident says.

While one agent explains: “Many times when we enter these homes we find guns more and more often, for protection and security for themselves and their family in case a gang or somebody wants to break into the house and wants to settle scores…

"Now they [gangs] wait for you to get away from the house, or to an area that’s convenient for them, and if they have to murder you they do it in the street." 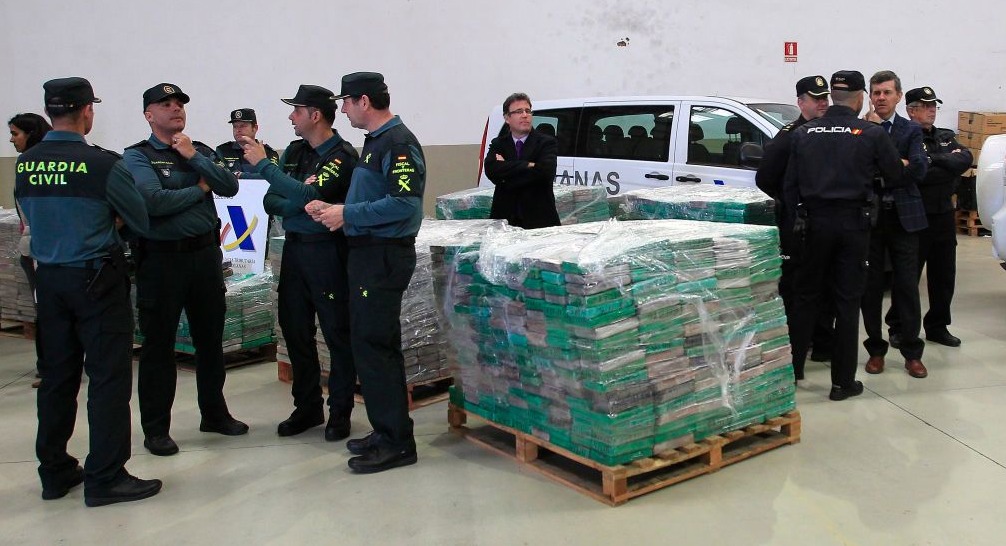 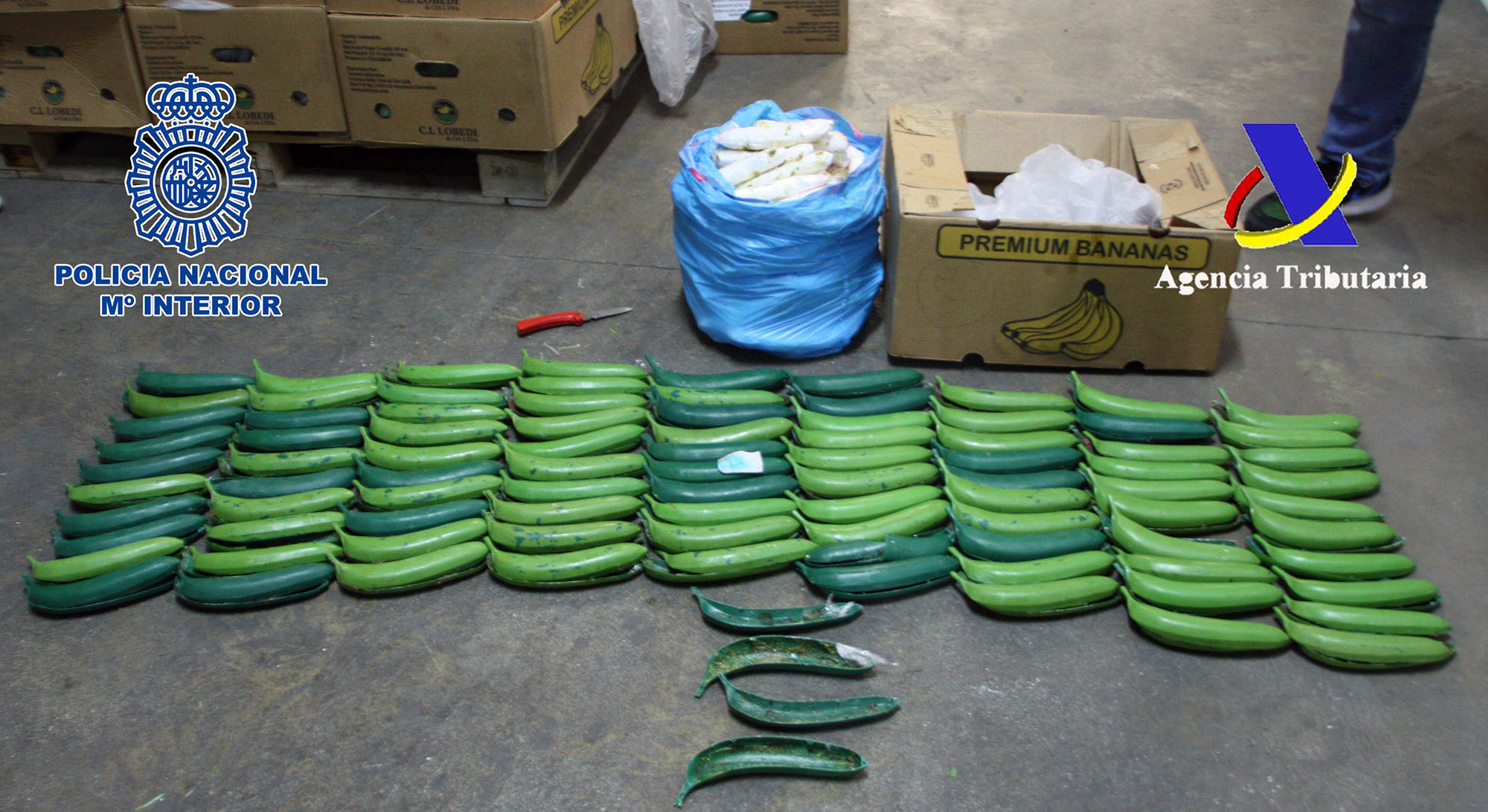 'They tried to kidnap me, set my car on fire & opened fire on the house'

Mum-of-two Diana, whose real identity has been hidden, reveals how she fled her former job as a drugs trafficker after a dispute with her boss – and went into hiding. 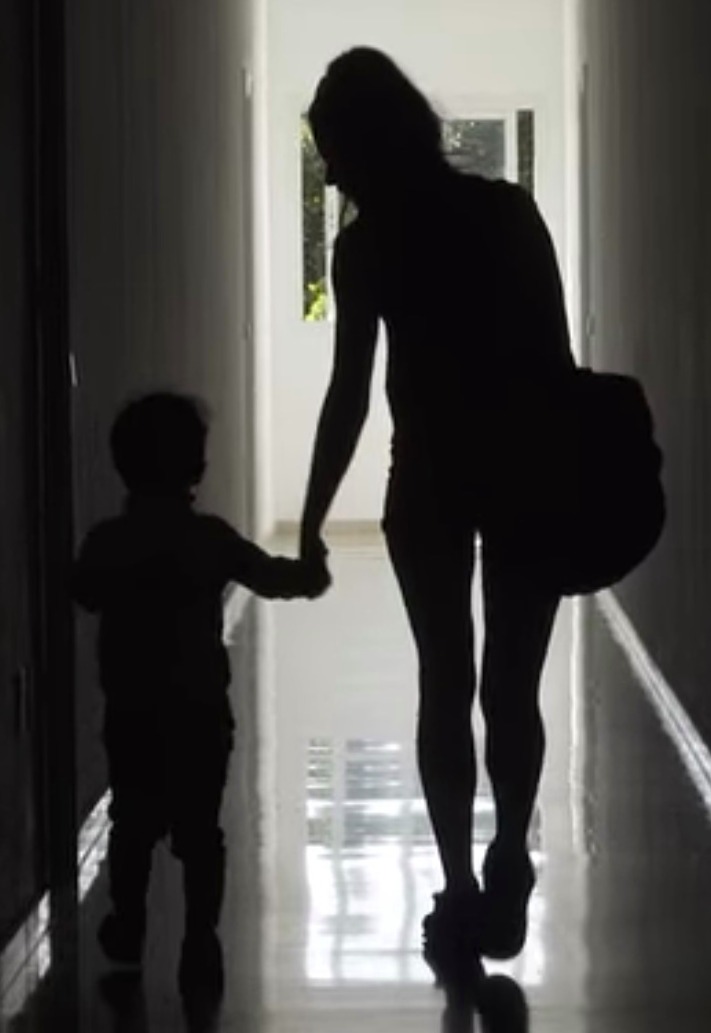 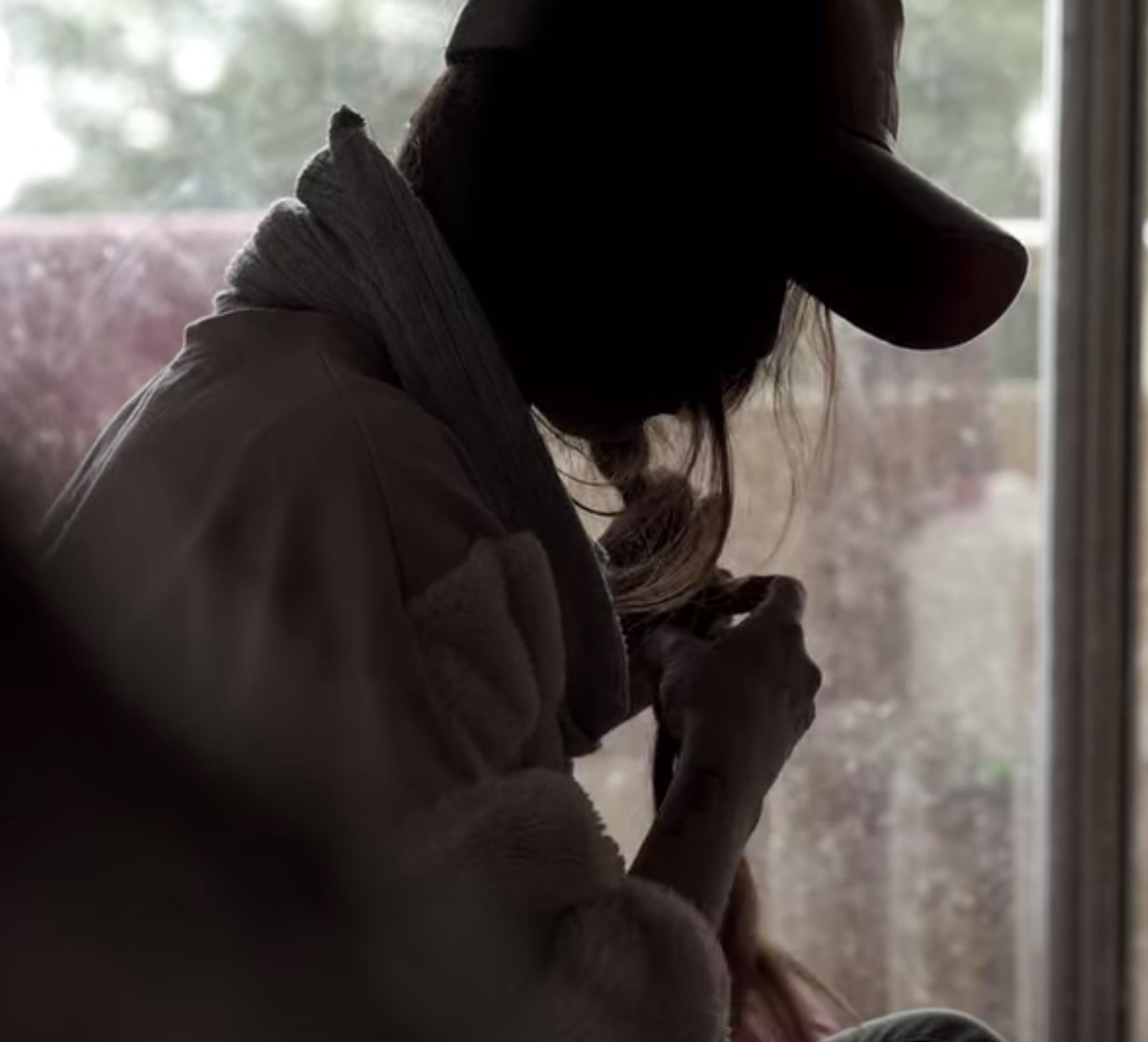 She doesn't specify who her boss was or which group she worked for.

“I used to move hashish round the peninsula," she explains.

“I got in the business for my kids because if I had a regular job I wouldn’t spend much time with them and wouldn’t earn much money either."

She says, if she worked every day for three months, she could earn anything from 130,000 to 150,000 euros. However, she admits she soon spent most of the money with lavish meals out and spa days with her kids.

Diana eventually went into hiding though, after stealing a 1,300kg stash from her bosses. 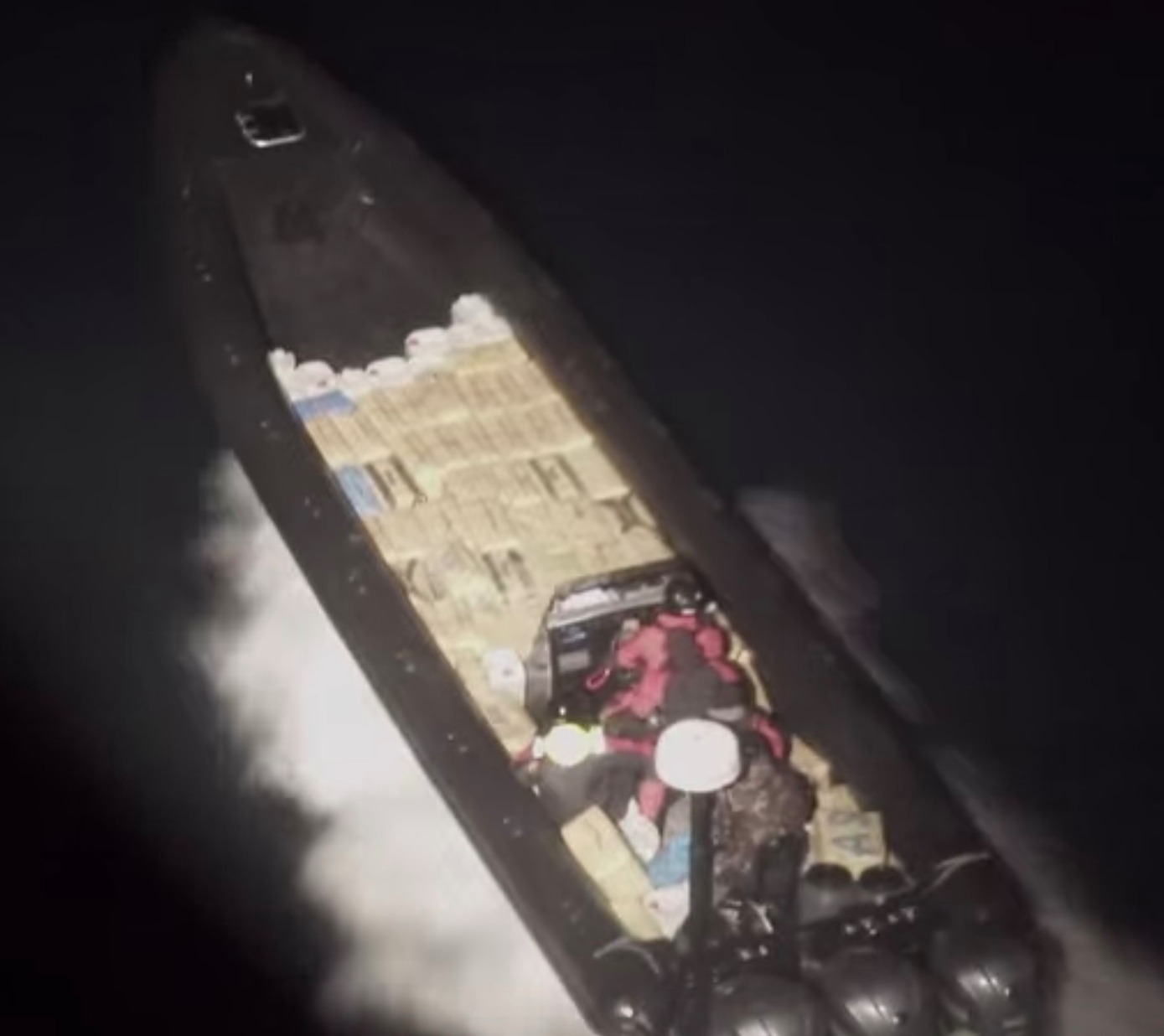 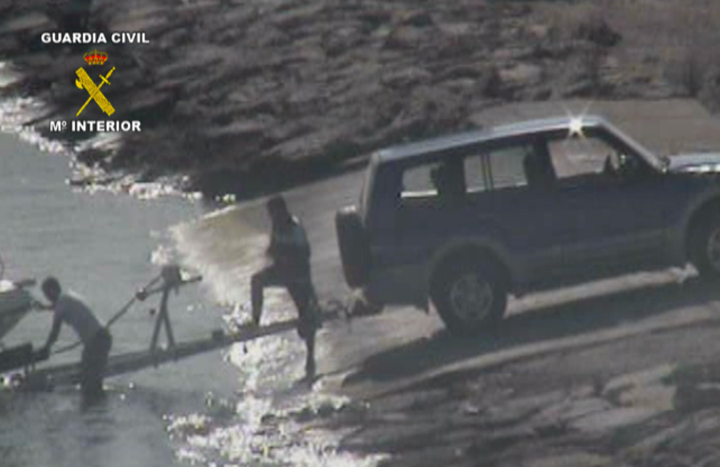 “I felt they were taking advantage of me and one day I got fed up with it," she says on camera.

“The owners of the stash suspected me and came looking for me. They tried to kidnap me, they set my car on fire, they opened fire on the house. I even feared for my life to be honest.”

She adds: “I used to think, damn that’s really cool, that’s wicked, I used to love the gangster world. But when you’re in it and you’re on the receiving end, it’s not so wicked anymore.”

Unable to get work in the months that followed, she was forced to squat with her two kids and struggled to find food.

Diana, who previously spent 10 months in a "Medieval" Moroccan jail on drugs charges, eventually reached desperate levels and felt there was no way out but to return to Morocco and risk her life by getting more work in the drugs trade. 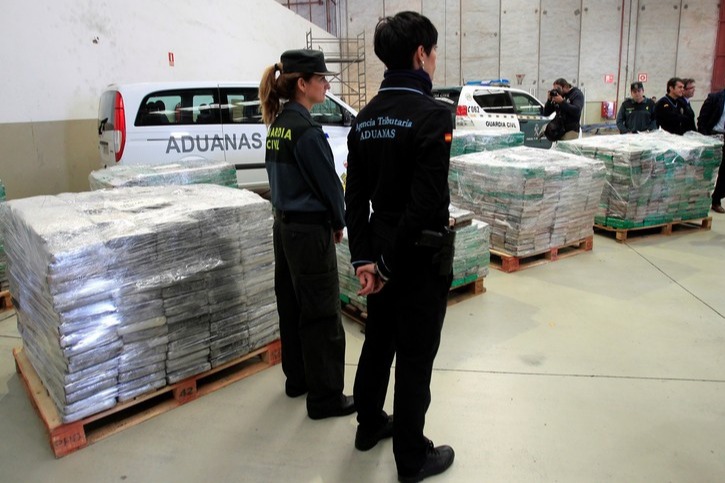 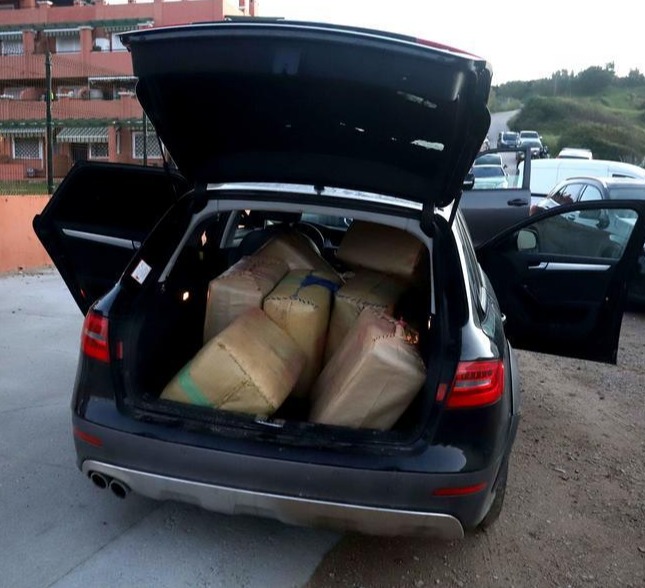 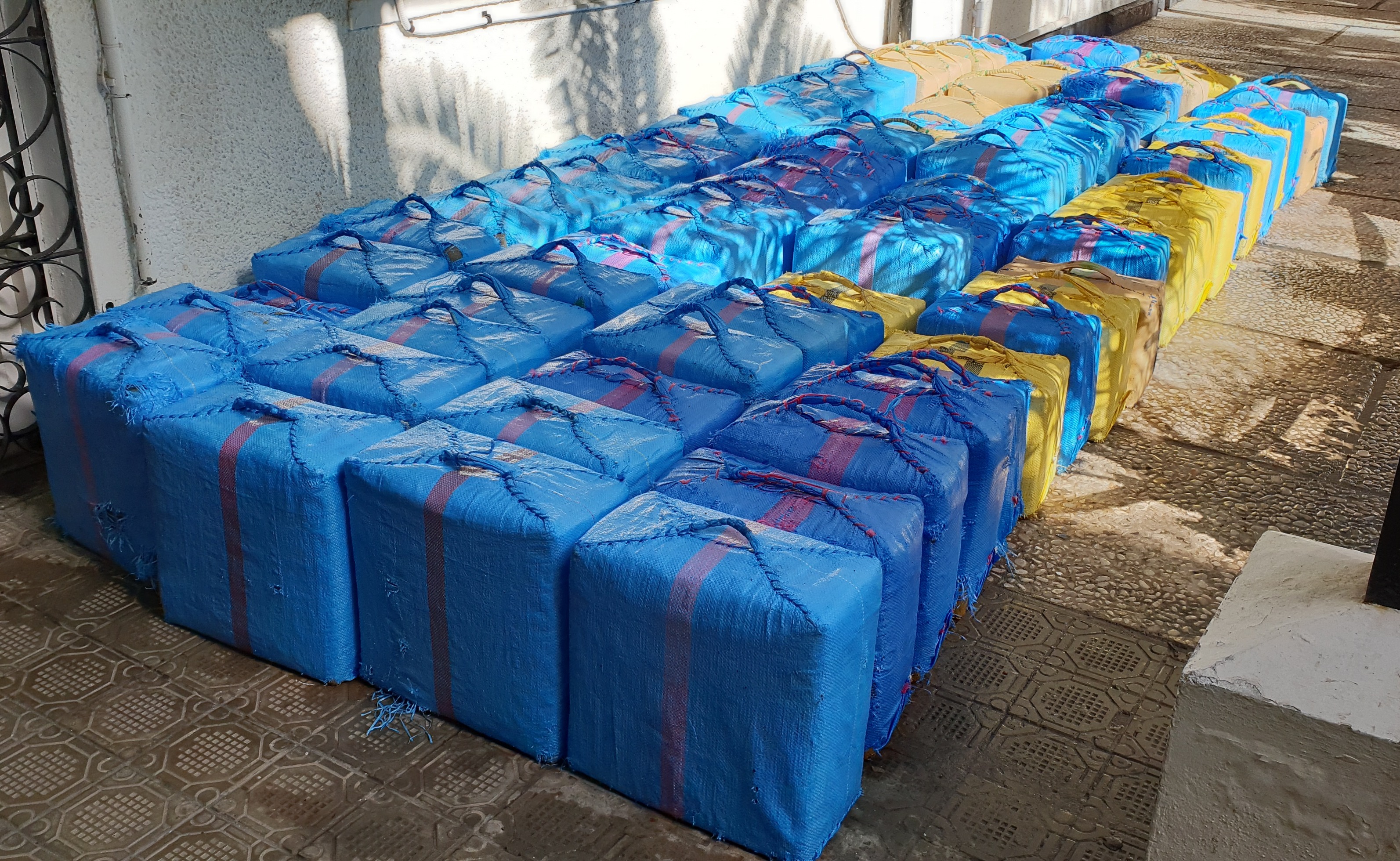 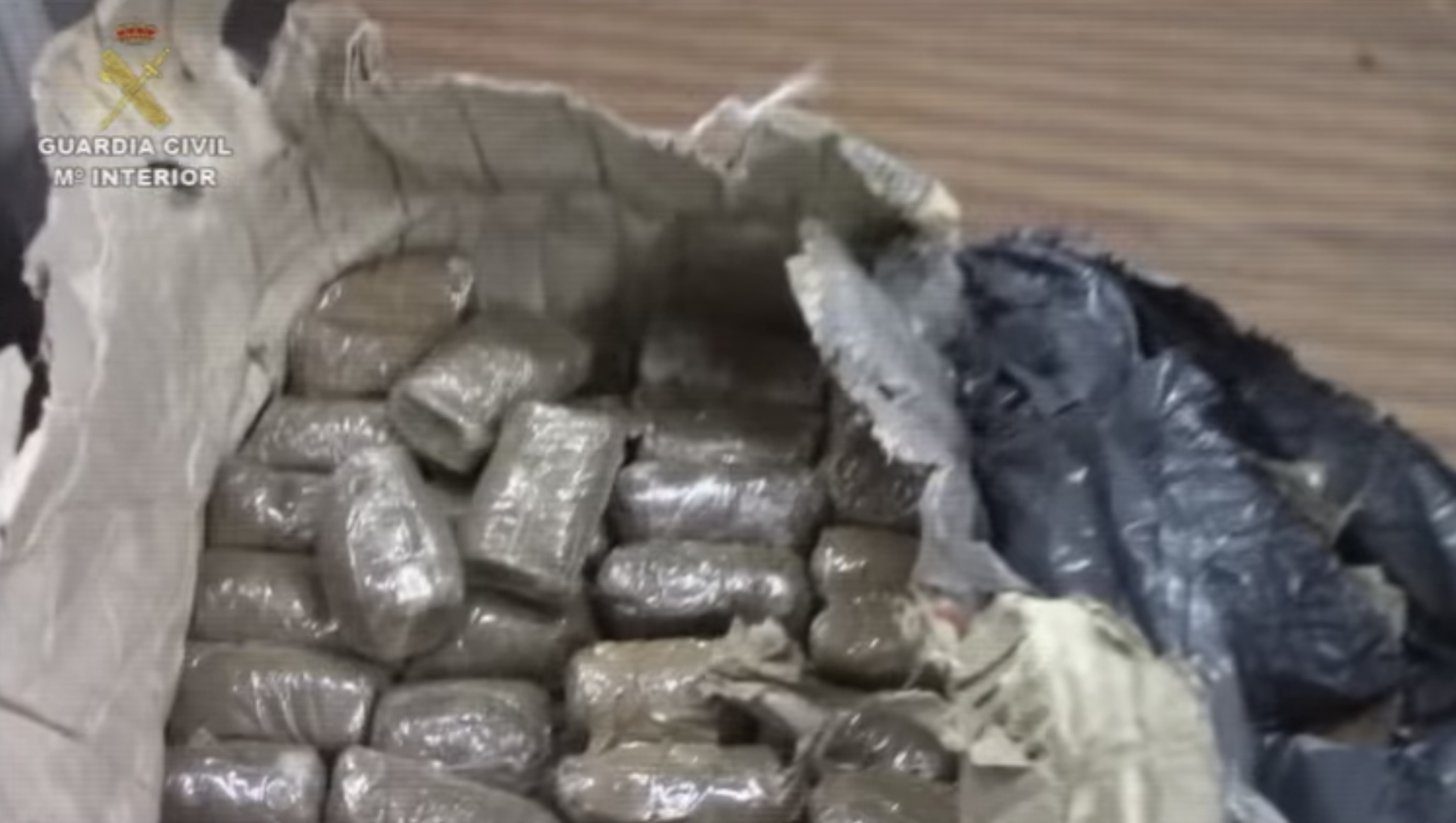 “I’ve got no choice," she says. "I’ve told my mother I’m going south in case anything happens to me, so she’ll know where I am. I’m leaving the kids with her.”

Cameras follow her as she attempts to explain to her young son that she will be back soon, but ends with him crying as she leaves him with her mum and forces herself to walk away.

The drugs wars resulted in tragedy in June 2017 when Spanish police officer Victor Sanchez was killed on duty. 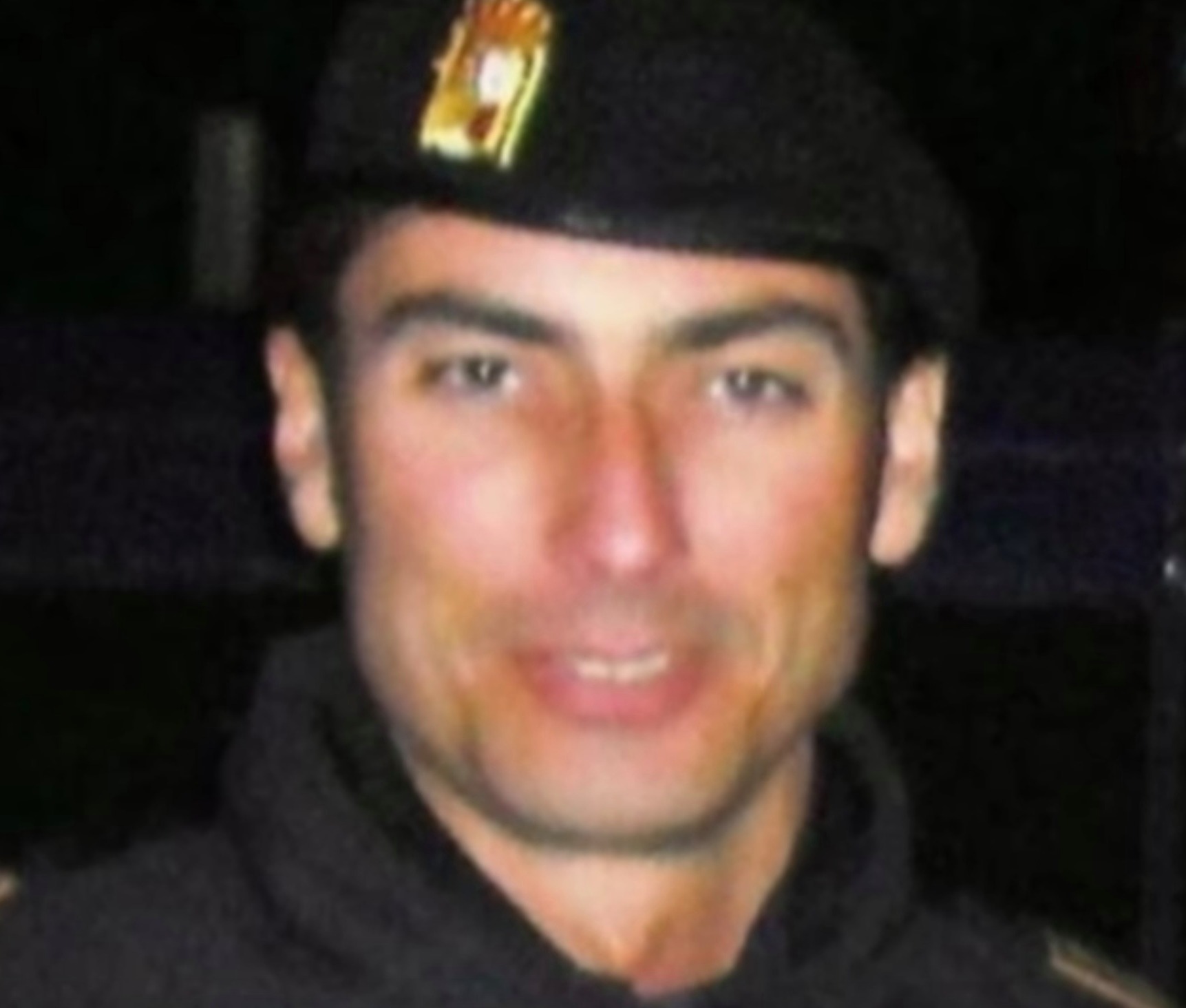 The 46-year-old father-of-two was hit by a vehicle while in pursuit of tobacco smuggling suspects.

It was claimed by Gibraltar Chronicle that it was accidental, as he was thought to have been struck by a police van amid the pursuit.

La Linea mayor Juan Franco read a statement at the time, saying: “We are witnessing dangerous situations that are becoming increasingly common and are putting at risk citizens’ lives, including those of the law enforcement agencies." 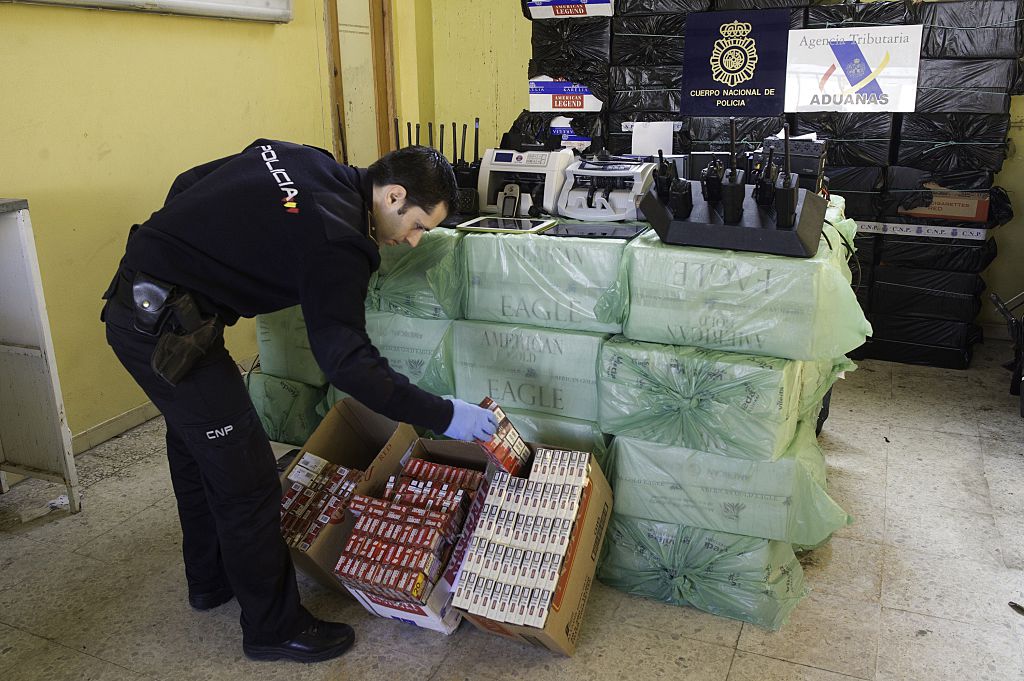 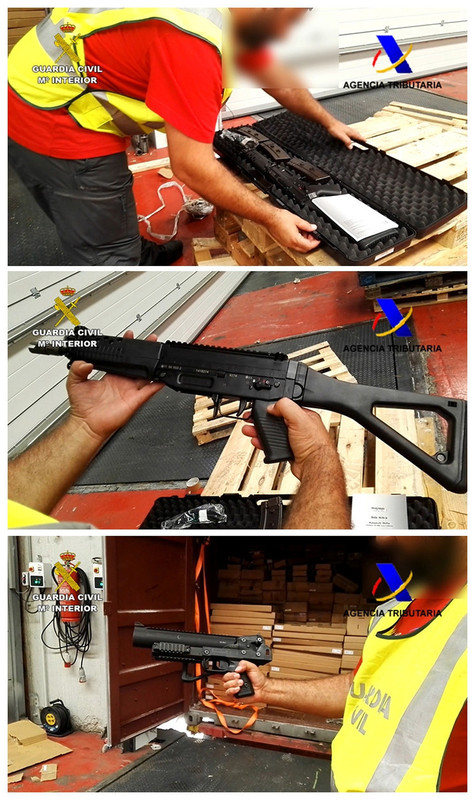 Meanwhile, in the April before, around 100 people gathered and hurled stones at Civil Guards when they tried to intercept drug traffickers that were unloading hashish from a speedboat on the coast.

According to El Mundo, two guards and a policeman suffered minor injuries and several cars were destroyed by the stones.

The troubles continued into the following year and in February 2018 around 20 masked thugs stormed in to La Linea Hospital to free an injured suspect who was under arrest.

The raid was linked to the Castañas mob at the time, according to local reports. 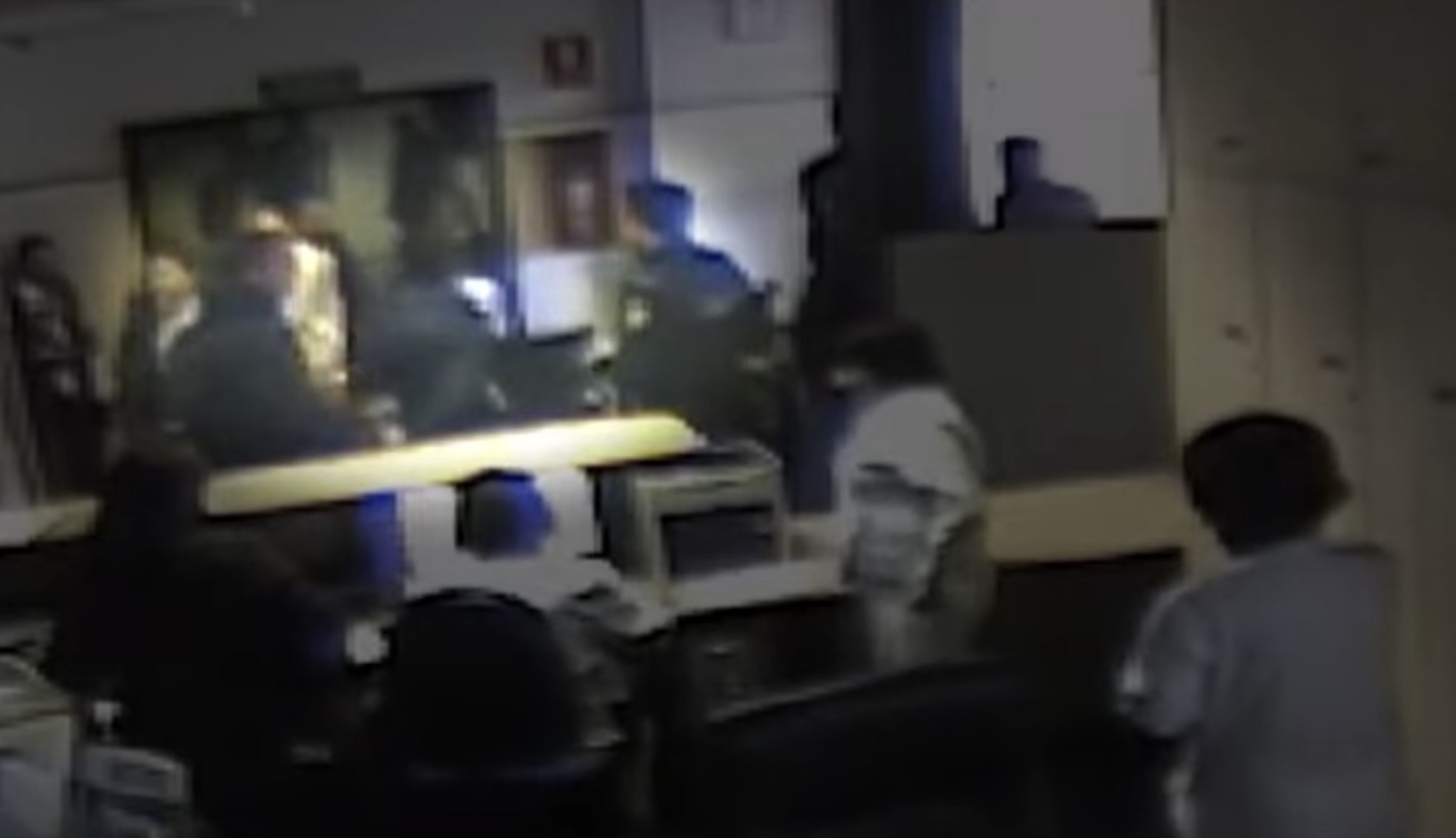 The documentary features CCTV footage from inside as staff scream and run away as the men storm in.

“They held an officer against the wall while they liberated the suspect," one agent explains on camera.

Officers eventually arrested the alleged leader of the Castañas gang, Antonio, in June 2018 in a dramatic raid on his home. 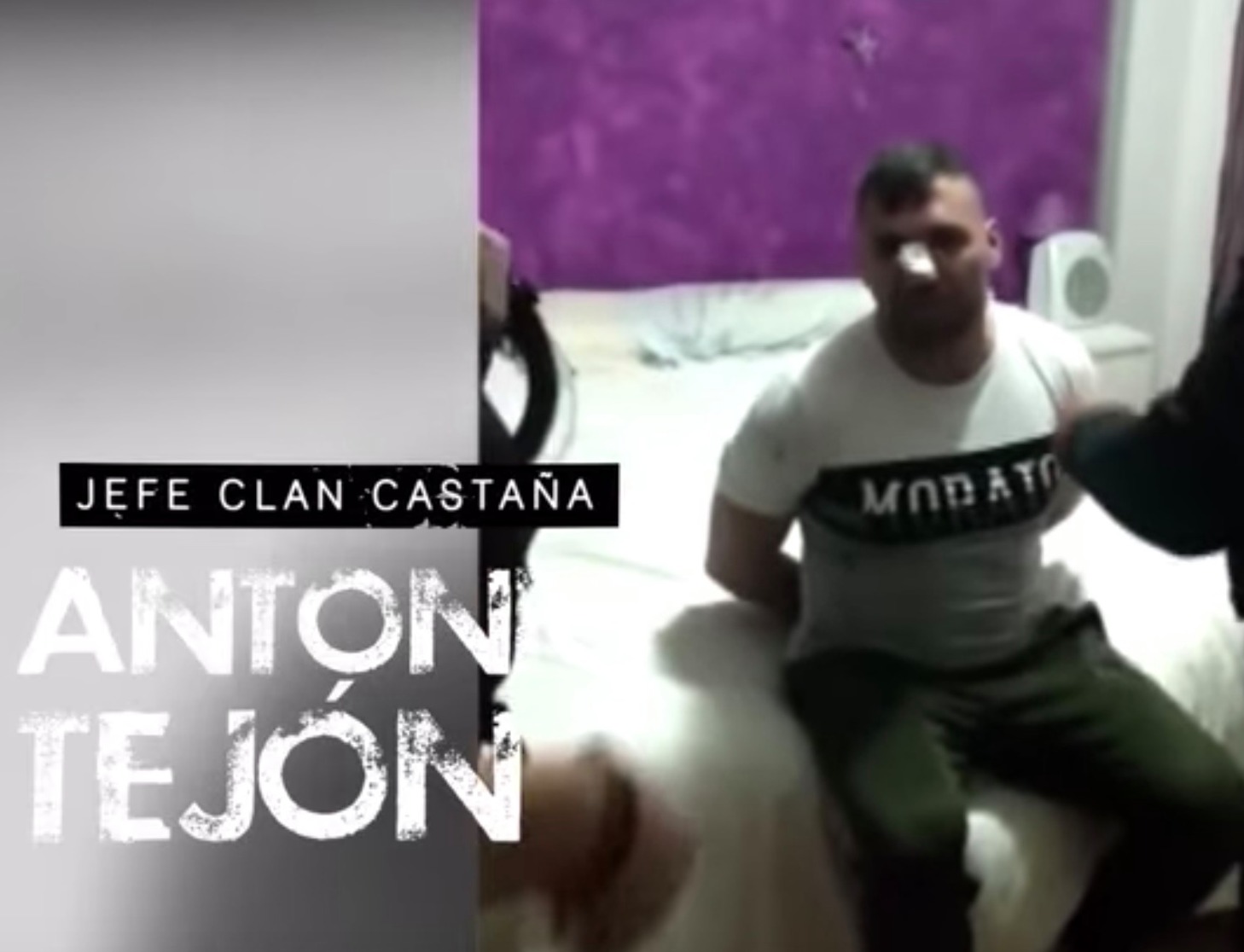 His brother Francisco later handed himself in in the October, two weeks after he appeared in a raunchy music video on YouTube.

He had allegedly taunted cops by writhing with girls in G-strings in a brothel near Gibraltar – sparking a fresh push to capture him.

'They’re not afraid of police'

The documentary features footage throughout of drugs boats loaded full of packages as they speed past police boats and empty beaches.

It's a stark reminder of how many believe themselves to be above the law.

“We don’t want to kill anyone but sometimes we get the feeling that they wouldn’t care at all.” 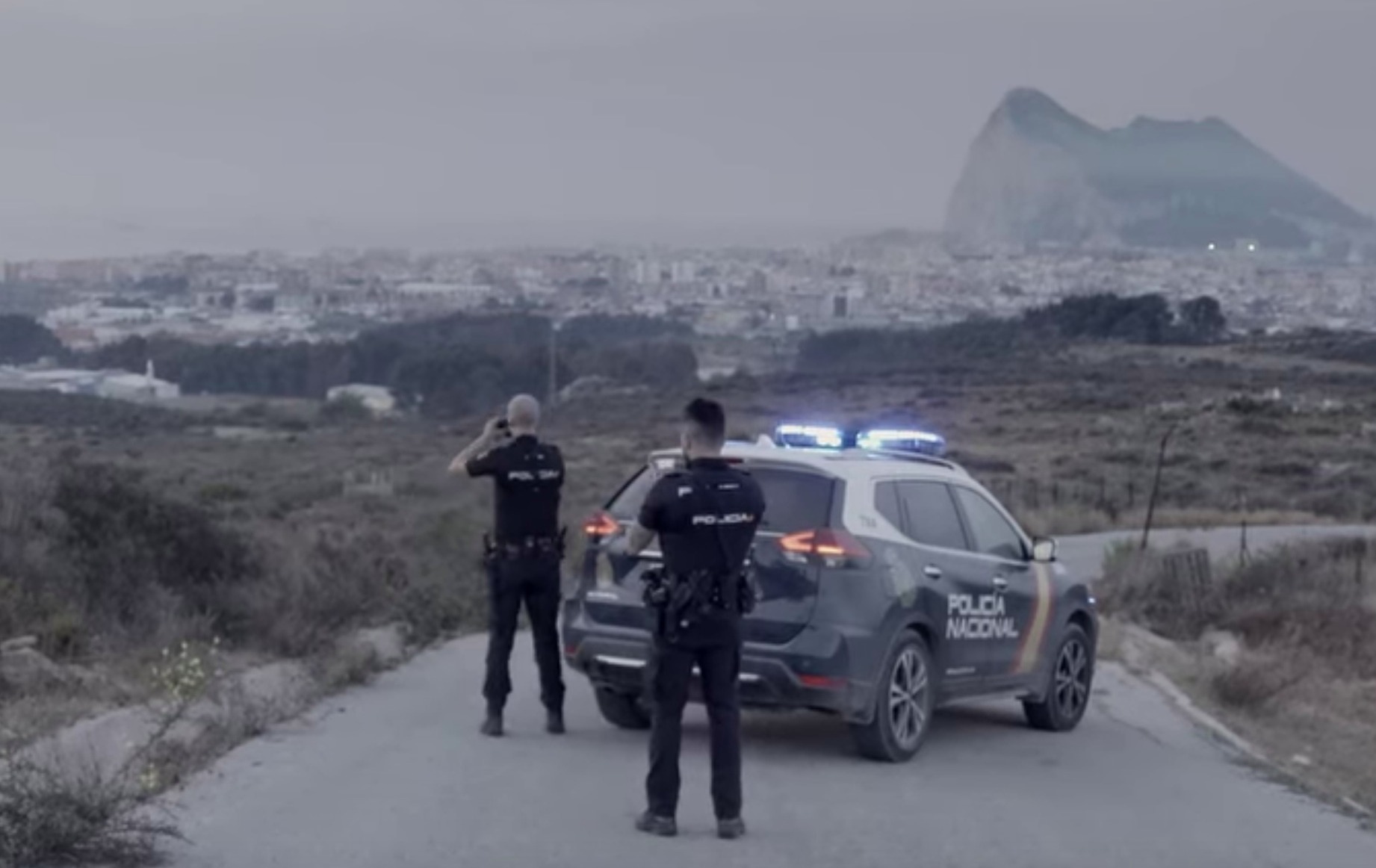 In fact, an officer says at one point: "They’re not afraid of police."

The problem grew so bad at the end of 2017 and start of 2018 that police were said to be confronting Narcos every night. However, they felt unable to stop the growing problem with a lack of resources available.

It's also thought to have grown worse due to many citizens not finishing school, and therefore turning to the drugs scene to bring in money fast.

It usually starts with 16-18 year olds, who are recruited as "lookouts" stationed on rooves and balconies across the town to keep an eye on police officers' movements. From there, they move up the ranks.

One agent, Joaquin Llanos, explains: “They’re [gangs] all benefactors in the neighbourhood. They get the kids out of misery and social failure at the time of finding employment.”

However one anonymous trafficker says he stayed in the industry due to the adrenaline rush it brought.

We always try to lead a life that is as normal as possible. Nobody in my circle knows what I do… This is a job where you have to be the most honest. Why? Because here, dishonesty means losing your life.

"I only obey my laws, my guidelines, my business, my work. And we live outside of the law," he says.

“We always try to lead a life that is as normal as possible. Nobody in my circle knows what I do… This is a job where you have to be the most honest. Why? Because here, dishonesty means losing your life.”

In response to the hospital raid at the start of 2018, the Spanish government set aside 7 million euros for the fight against drug trafficking – with 346 more officers and 112 vehicles purchased.

It resulted in them managing to finally bust a cooperative of gang leaders in the area, who had all teamed up to work together. Officers had made around 84 arrests at the time of filming.

Police previously revealed that cocaine from South America and hashish from northern Africa are two major driving forces behind the escalating violence in southern Spain. 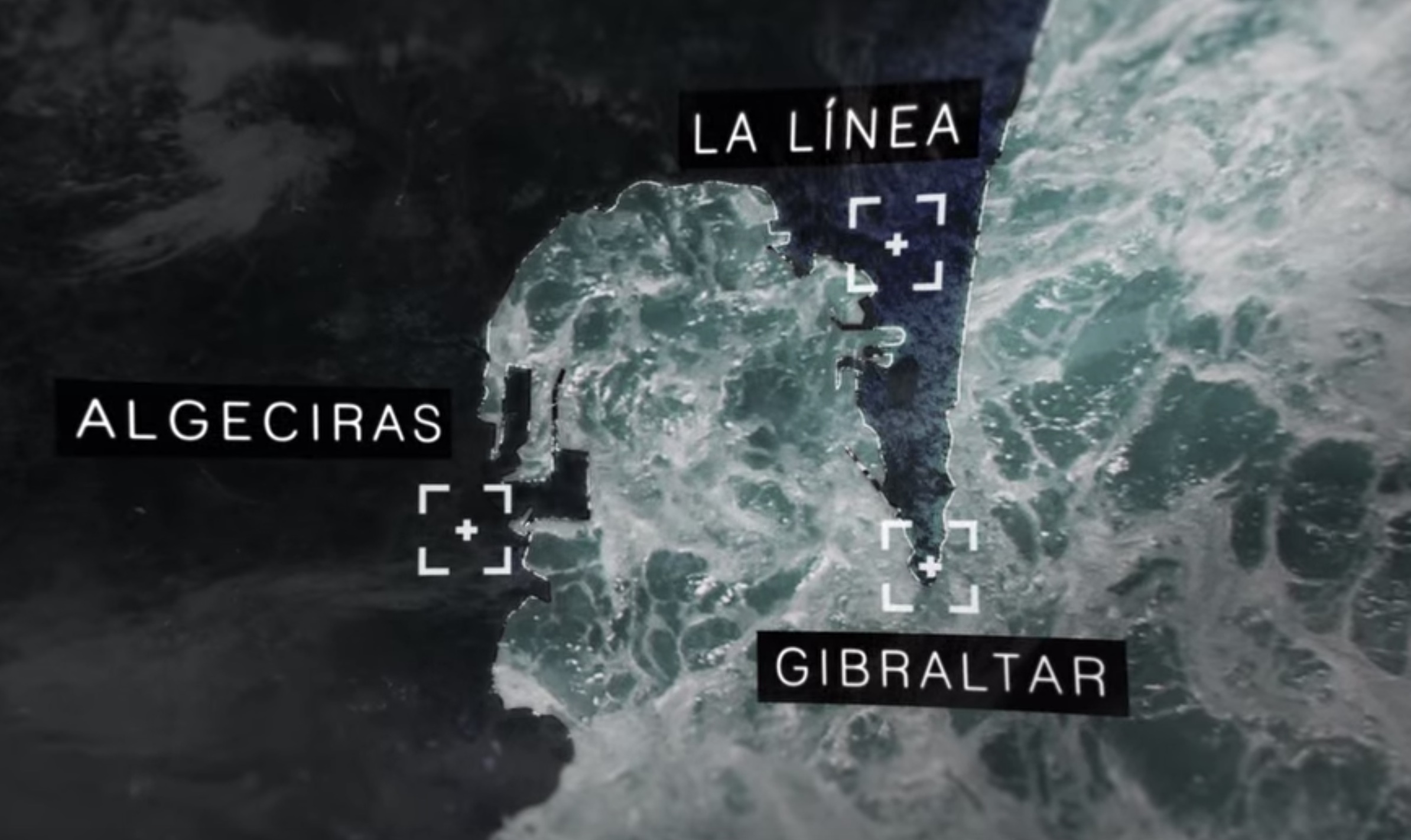 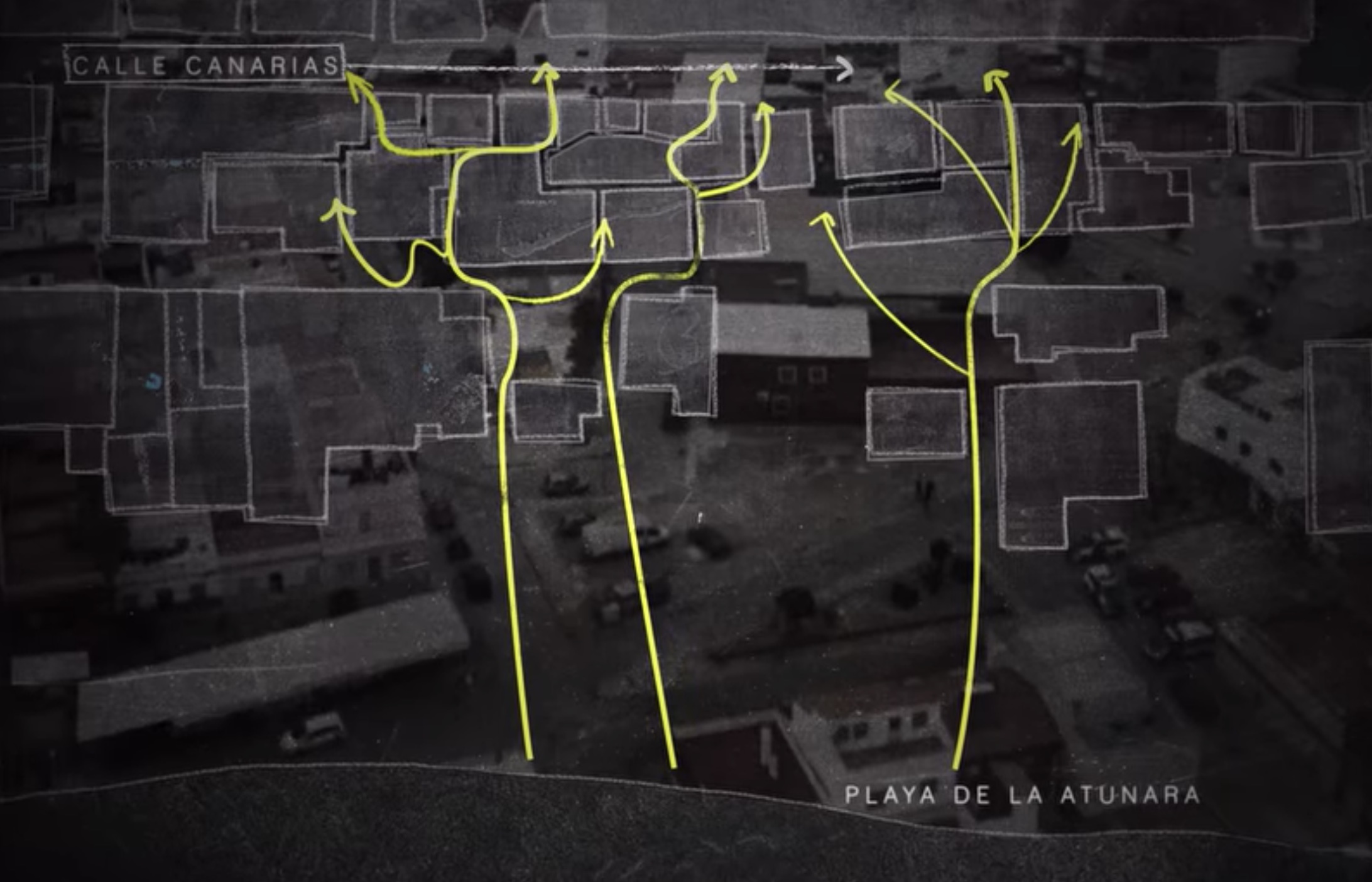 Mayor Franco says in the show: “There’s a geographical component. Morocco is 30 something kilometres away and Morocco has the world’s largest hash production."

Dutch author and journalist Ivo Teulings, 52, who lives in Malaga, previously told Sun Online that La Linea was the number one spot for trafficking until 2018.

“80 per cent of the Moroccan hashish comes to Europe through Spain," he siad. "It would come to the beaches of La Línea de la Concepción, which is bordering Gibraltar.

“Every day or night until last year, approximately 10 or 12 inflatable boats would arrive carrying three tonnes of hashish each.

However, that method was halted last year when police finally clamped down – forcing smugglers to go elsewhere, focusing instead on places north of the Costa del Sol.

Some residents in La Linea are now keen to rescue their hometown's reputation following years of turmoil, with one woman saying: "I find it sad that instead of being on TV for our beaches, our fishing or our hospitality, it’s always because of drugs, unemployment and social exclusion.

La Linea: Shadow of Narco is now available to watch on Netflix.

Brit, destination, holiday, How, L.
You may also like: