How British oil workers introduced football to Qatar 70 years ago

Black and white team photos reveal how British oil workers working in the Middle East helped introduce football to the area simply by kicking a ball about in the desert – more than 70 years before the 2022 World Cup.

One of those oil workers, Tom Clayton, 92, arrived in the tiny Gulf state of Qatar in 1948 where the local population had never seen the game of football being played.

But soon they were watching a ‘strange spectacle’ of UK oil exploration workers and their Indian colleagues kicking a ball about in the desert using sacks as goals. 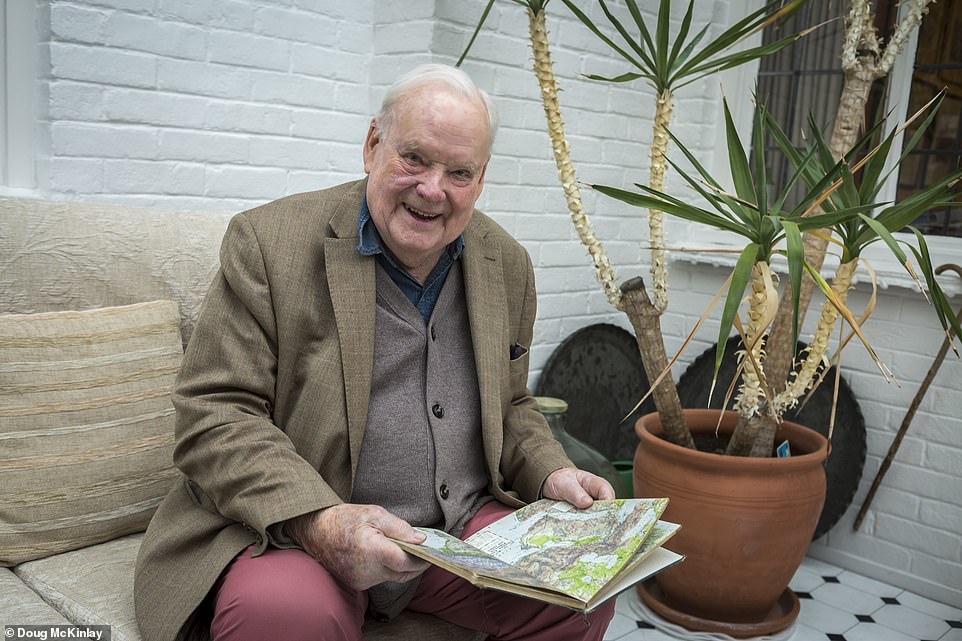 Tom Clayton (pictured), 92, arrived in the tiny Gulf state of Qatar in 1948 where the local population had never seen the game of football being played. Here his British oil worker colleagues played football with Indian co-workers using just a few sacks as goals 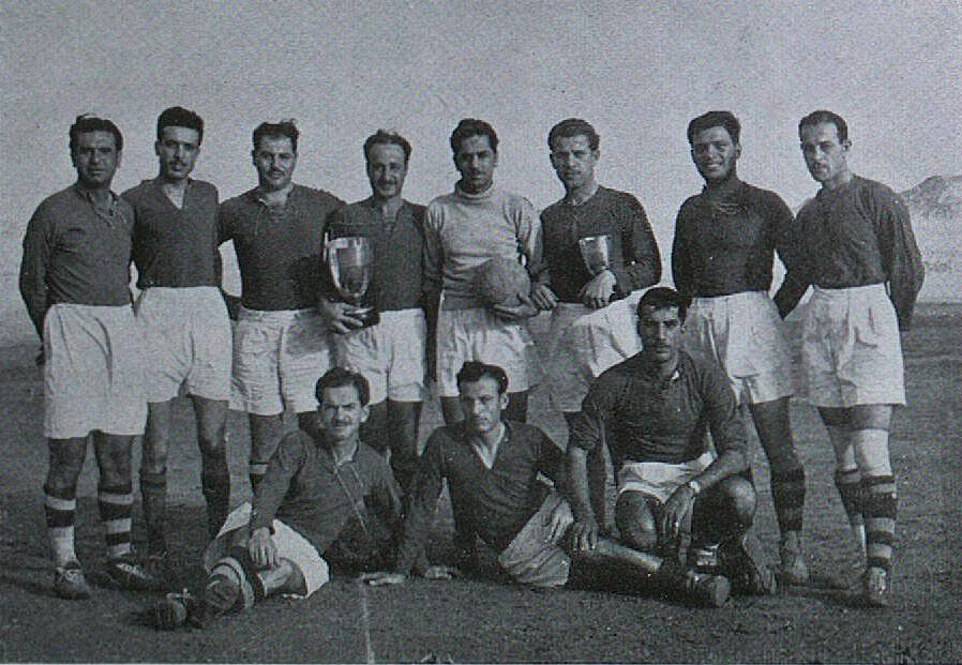 The Northern Area Sports Club from Dukhan, Qatar were victorious in all their matches and were the winners of both the Open Tournament Trophy and the Knockout Trophy for the 1952 season. Players seen here (left to right according to surname) are Sorraine (captain), Edward, Haddad, Bashir, Petro, Abu Ghazaleh, Hocarian, Sabbarah. Seated (left to right) are Nakhleh, Izeizat and Ali 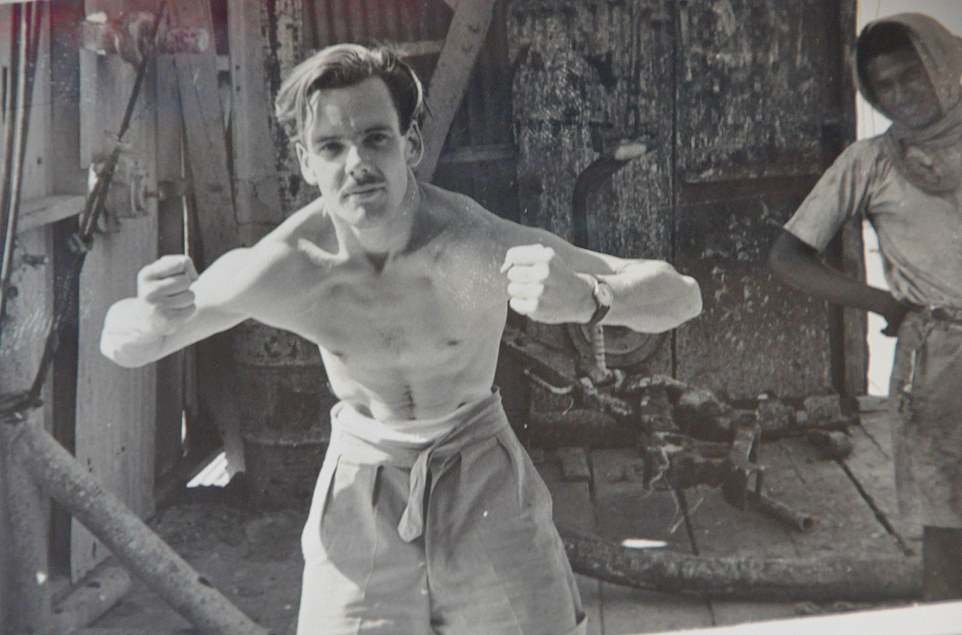 Tom Clayton (pictured in 1948) worked in oil fields in Qatar where British and Indian workers played football, which the locals found an odd but amusing sight

At the time Qatar was still quite a sparse country with not even a road linking the oil field at Dukhan with the capital, Doha.

Local tribesman would be called upon to help with drilling operations being carried out by the Iraq Petroleum Company, who Mr Clayton worked for.

‘To start with it was mainly Indian workers playing with a few of the British production engineers who would teach them the rules,’ said Tom, from Wimbledon, South West London. ‘One of my diary entries just reads: ‘The Brits won!’

To begin with it was Indian clerical workers who played the most as the British were working hard to increase oil production.

But over the years, as more Brits arrived, football became a much bigger part of camp life with cup competitions and leagues established.

The Qataris found the game of football an odd but amusing sight.

‘We had no idea of sports like that, but we used to enjoy watching the strange spectacle,’ recalled Ibrahim Al-Muhannadi, a government official and member of the Qatar Olympic Committee. 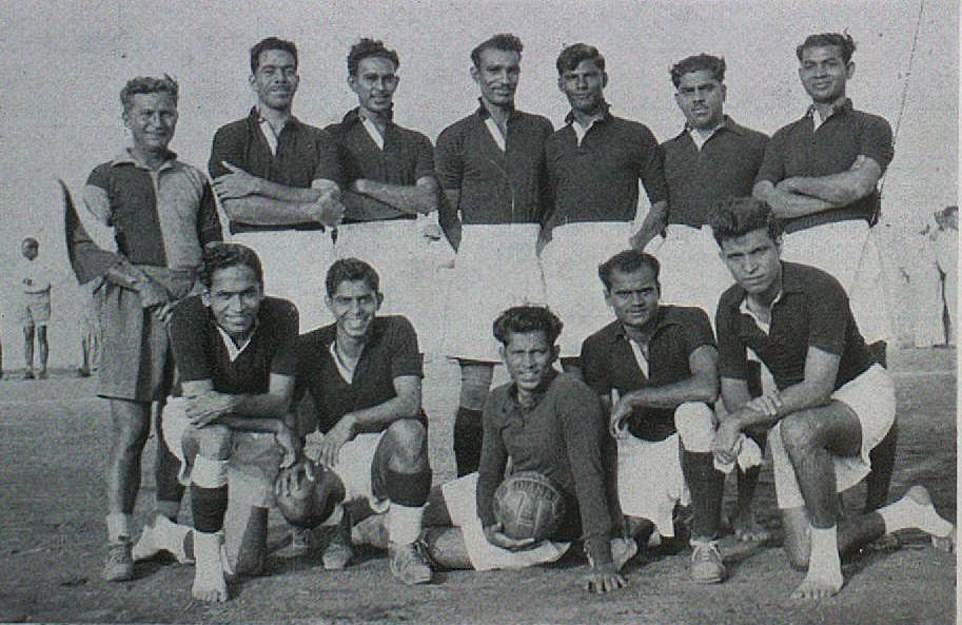 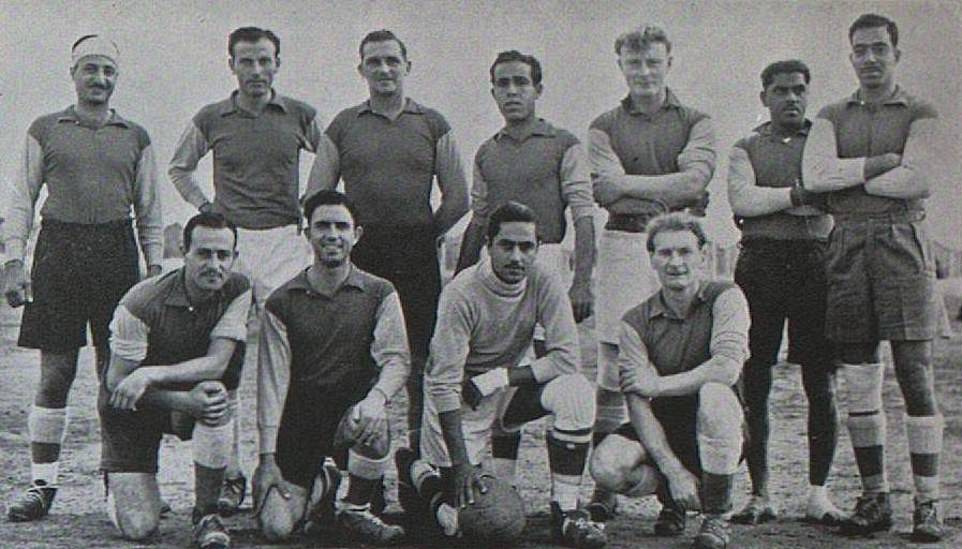 BP records show that from 1951 to 1953 the British and Indian employees of Petroleum Development (Qatar) Ltd were playing in leagues and cup competitions. Pictured here are (left to right according to surname) Messrs, Bashir, Yacoub, Fowlie, Masri, Kendrick, David and Pereira. In the front row (left to right according to surname) are Messrs, Sabbara, Habbash, Petro and McVeigh

Before Qatar, Mr Clayton was based in Kirkuk, Iraq, where he played in the inside left position in a team of oil workers. And before that it was also British riggers who had introduced Iran to football in the 1920s.

Now the father-of-two, who went on to work for BP before retiring in 1986, can’t quite believe that the country where he rubbed shoulders with local Bedouin tribesman is now the richest in the world per capita.

Speaking four years before the first ball is kicked at the start of the 2022 tournament, he said: ‘For me it’s quite incredible what Qatar has achieved. An astonishing development and I would say full marks to the Qataris for their achievement in getting that massive development of their country.

‘I think it’s incredible that they’ve come so far so quickly. I really do take my hat off to them.’

It wasn’t only the game of soccer which the British oil workers brought to Qatar, but also the game of golf.

Mr Clayton recalled: ‘There was no grass. We carried a square of artificial grass and wherever the ball landed in the sand you put down your grass and played off that. I’d bought an old pair of clubs with me from Iraq.’

BP records show that from 1951 to 1953 the British and Indian employees of Petroleum Development (Qatar) Ltd were playing in leagues and cup competitions. 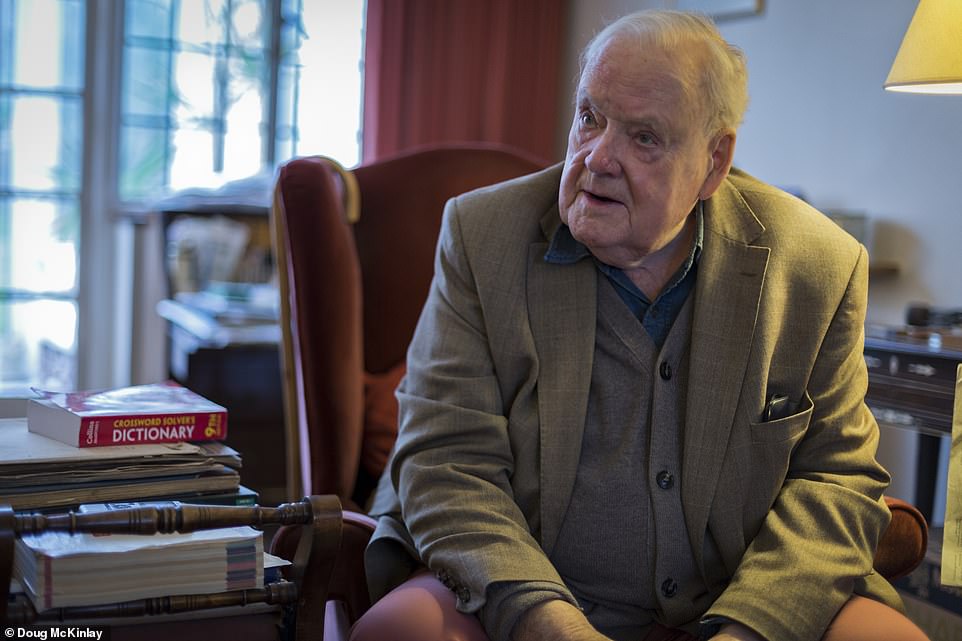 Tom Clayton (pictured) did not only help bring football to Qatar. He also played golf while working in the area for the Iraq Petroleum Company. To play he would carry a square of artificial grass around and wherever the ball landed in the sand he would put it down and play off that

The winners were presented with their trophy by George Heseldin, the company’s general manager, who financed the first league matches.

His daughter, Diana Rahme, said: ‘It started out with people being bored, having nothing to do and having a football and kicking it round a field’.

It wasn’t long before soccer was taking off across the country. This led to the Qatar Football Association being set up in 1960 and getting recognised by FIFA a decade later in 1970.

Hassan Al Thawadi, Secretary General of the Supreme Committee said: ‘In four years’ time. 1.5 million fans will descend on Qatar from every corner of the globe and billions more will tune in on their TVs, smartphones and tablets to watch 28 days of football.

‘It will be a momentous occasion for the teams participating, the fans watching and for the whole Arab world, which is eagerly anticipating hosting the showpiece event of the most popular sport in the world for the first time ever.’

British, helped, intr, oil, worker
You may also like:

Landlord 'nearly cried' when tenants wrecked his house and fled

NJ casino-goers using Waze are getting stranded on a wildlife reserve 45 miles away, police say

Woman is reunited with her long-lost father, 72, after 56 YEARS