Follow
Home » World News » How can I help Black Lives Matter and where can I donate and sign petitions to support the movement? – The Sun

How can I help Black Lives Matter and where can I donate and sign petitions to support the movement? – The Sun

BLACK Lives Matter is a movement that aims to eradicate white supremacy and fight against systemic racism.

The organization launched after the fatal shooting of Trayvon Martin in 2012 – and George Zimmerman's subsequent acquittal. 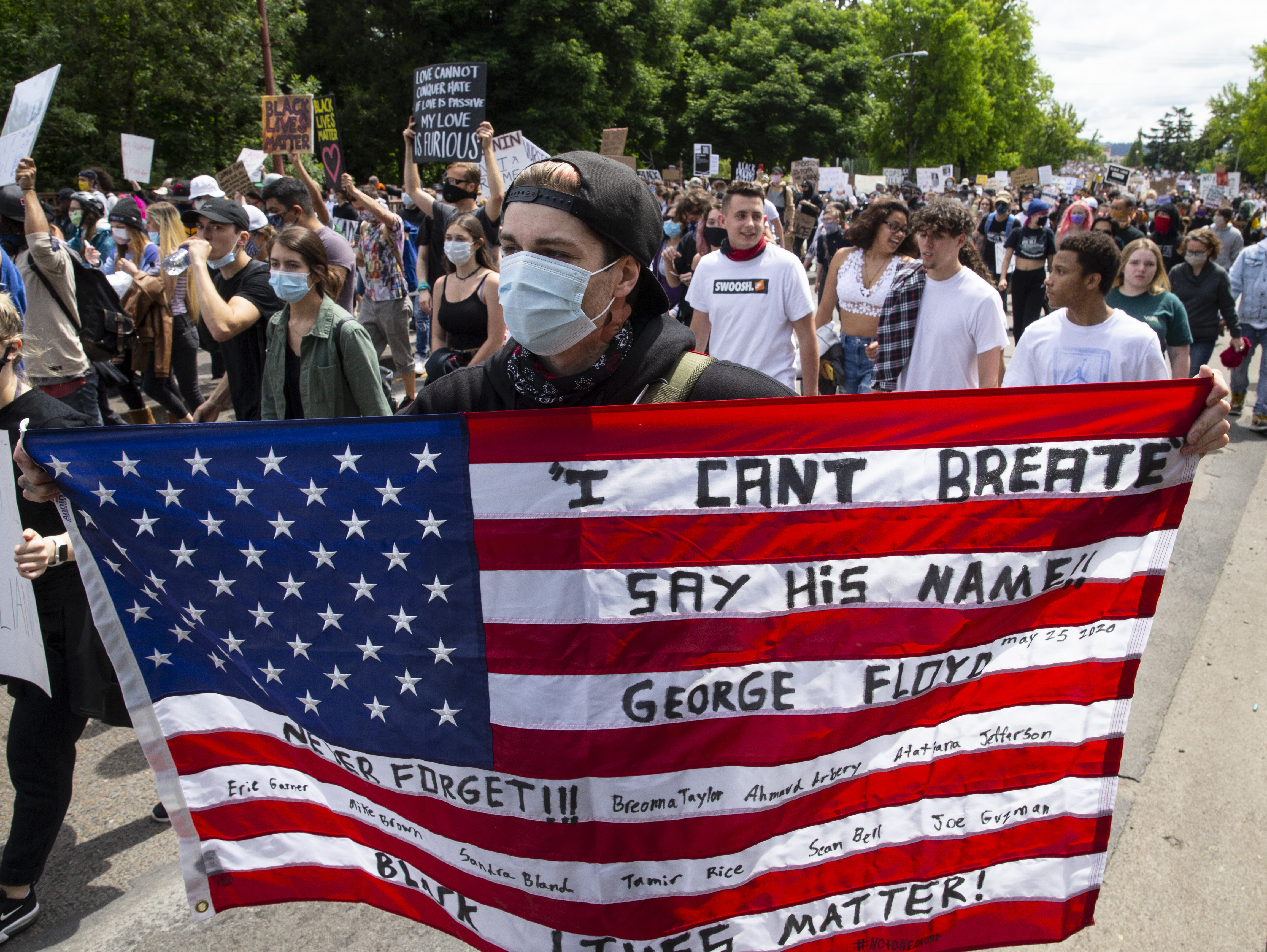 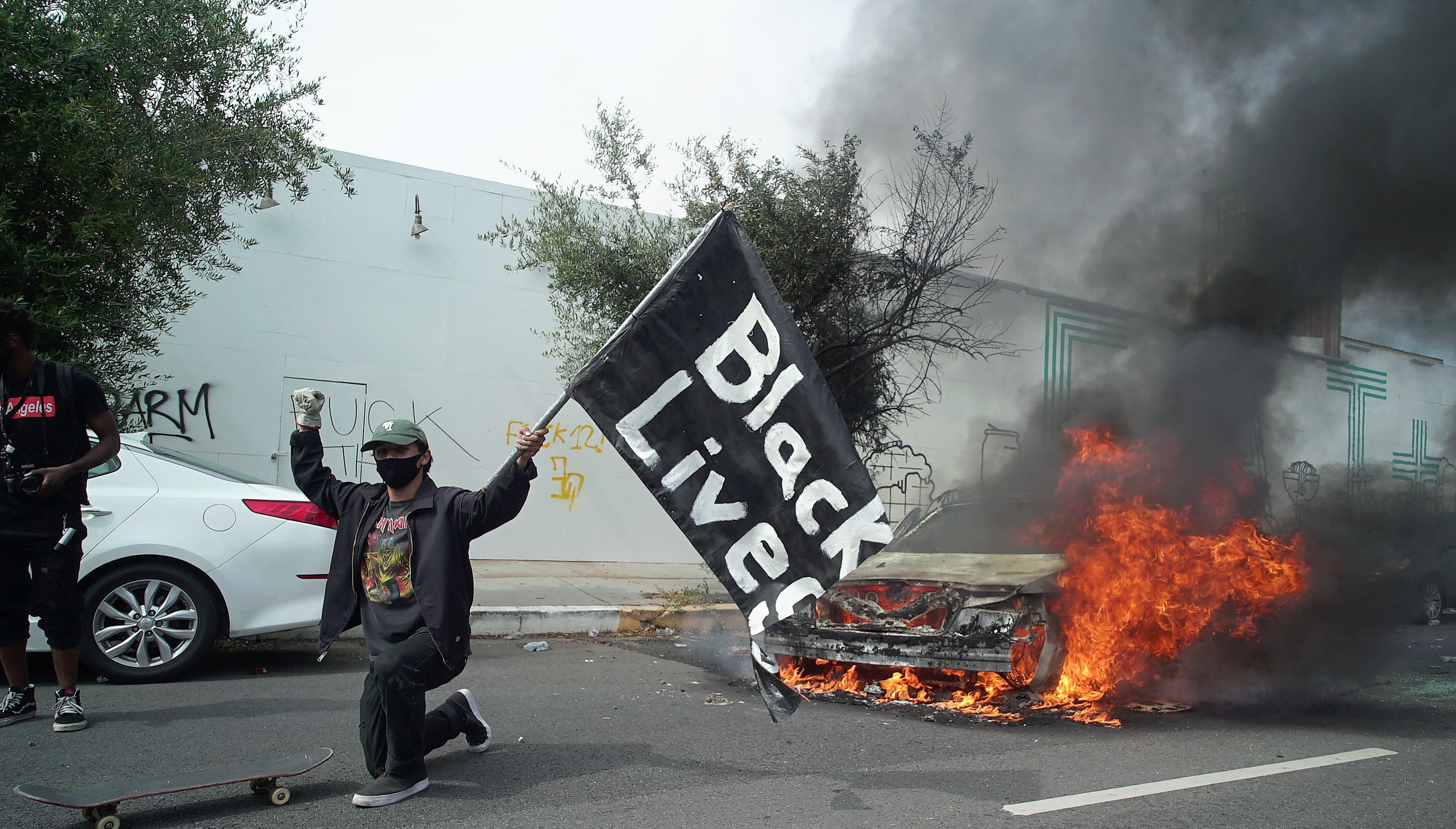 Donald Trump called the group "divisive" when he was running for president in 2016.

Here is what you need to know about Black Lives Matter.

Why is the Black Lives Matter movement trending?

People are using the #BlackLivesMatter hashtag to protest the death of George Floyd in police custody in Minneapolis.

Derek Chauvin placed his knee on Floyd's neck and allegedly held it there for nearly nine minutes.

Chauvin is facing murder charges and four officers were fired.

"Use your voice," one user wrote on Twitter with the hashtag. 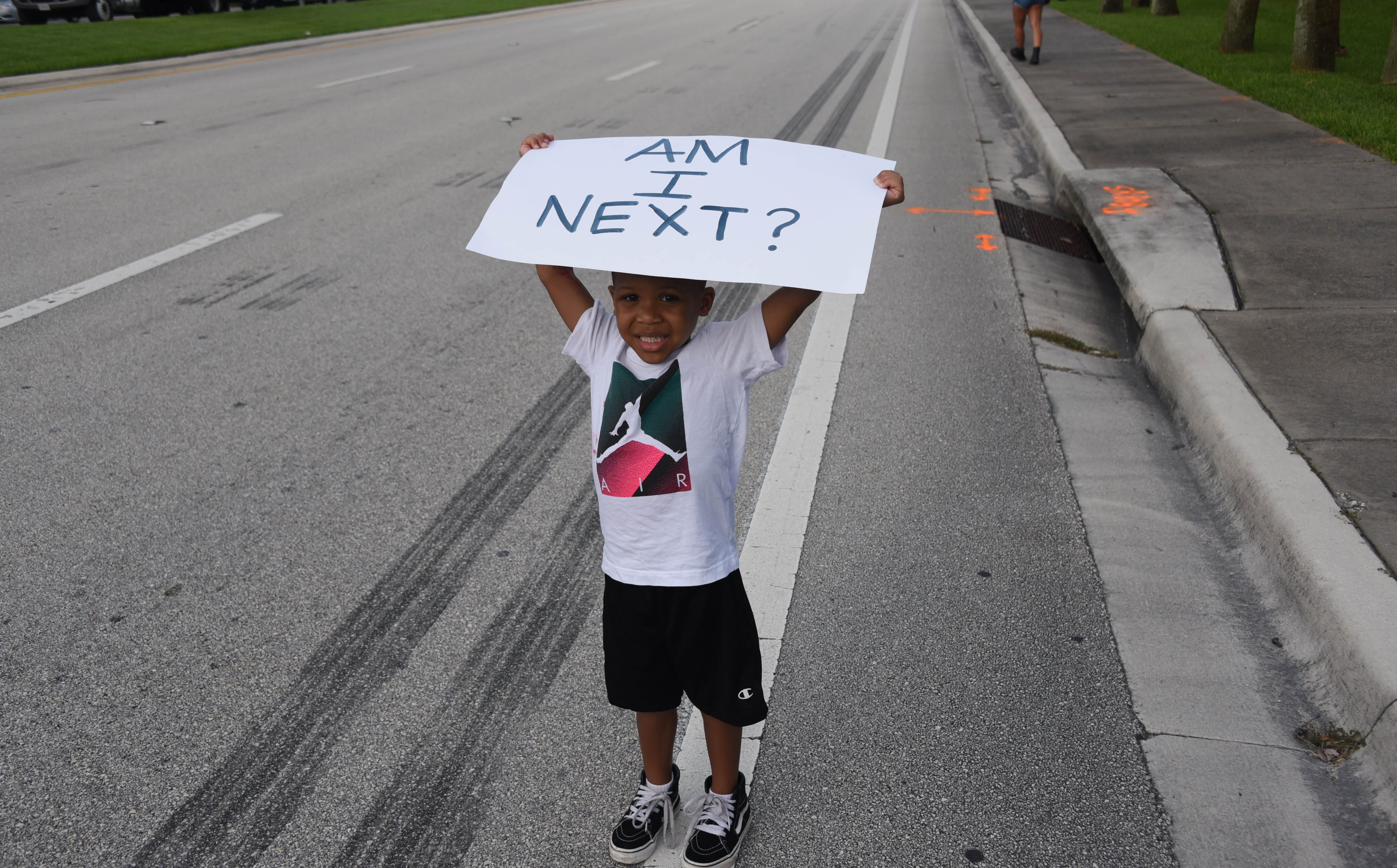 "Now more than ever we need to vote so that we can stand up against racism and the bigotry we see daily."

"I was kicked out when my dad and his wife found out I was dating an African American," another person wrote.

"They told me I would be looked at differently in the world.

"That shouldn’t be the case. A person is a person no matter their skin color.

Protests and violence have broken out in Minneapolis and all across the country. 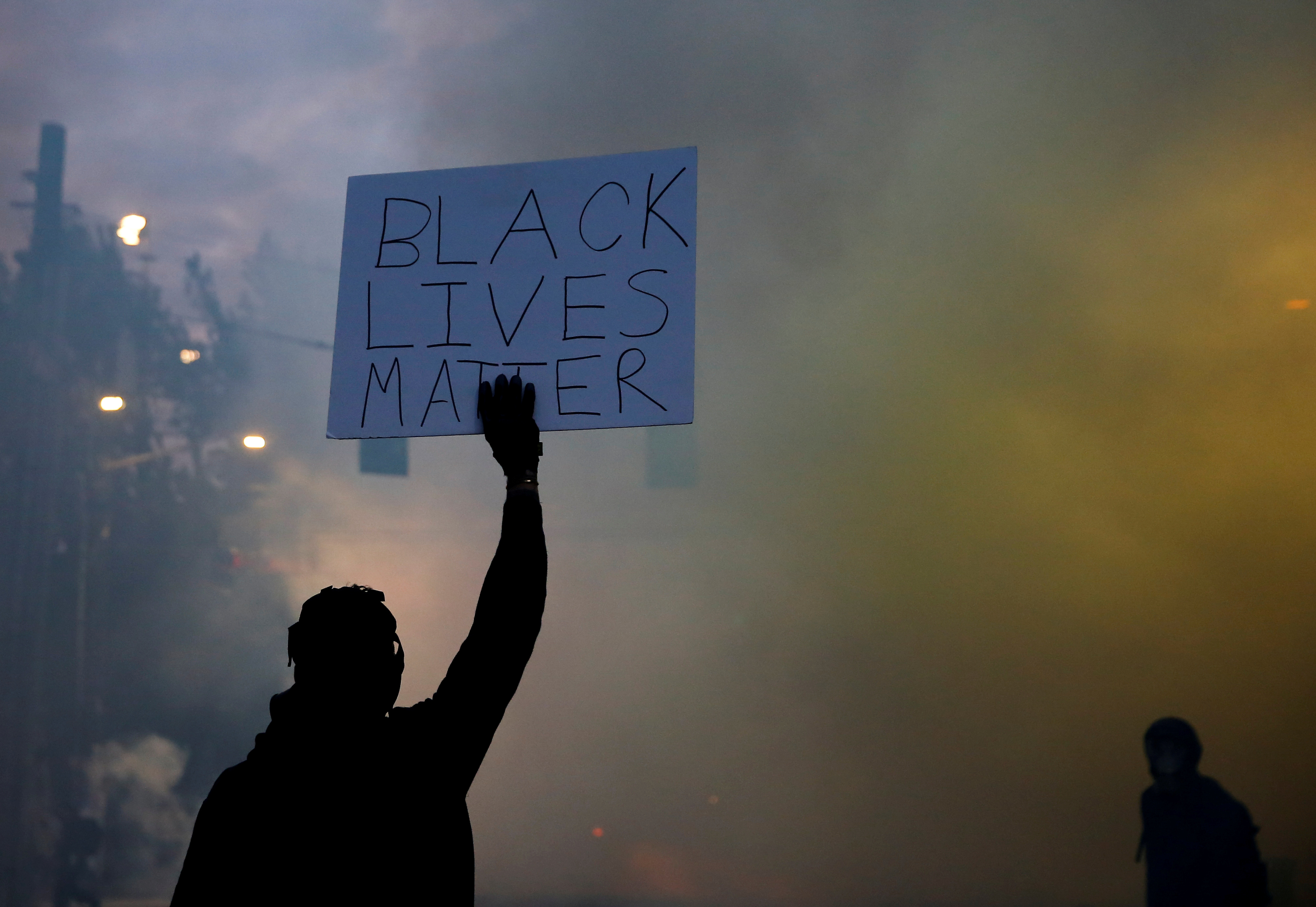 What is Blackout Tuesday?

Blackout Tuesday is a collective action by those in the music industry to protest racism and police brutality.

It was originally organized by two black women in the music industry – Jamila Thomas and Brianna Agyemang, according to The Verge.

The pair called for members of the music industry to “take a beat for an honest reflective, and productive conversation about what actions we need to collectively take to support the black community," according to the outlet.

SiriusXM and Spotify will go silent in honor of Floyd, according to Variety.

Spotify, the streaming giant, will offer an 8-minute, 46-second track of silence.

That is the amount of time that authorities say Chauvin held his knee on Floyd's neck.

Many people have urged users to stop using #BlackoutTuesday and #BlackLivesMatter hashtags together because it drowns out BLM's message.

Wrote actress Yvette Nicole Brown: "If you're taking part in the music industry led social media blackout on Tuesday, please use #BlackoutTuesday & #TheShowMustBePaused (instead of # Black Lives Matter) both are dedicated to the cause & won't disrupt important information shared under the BLM hashtag." 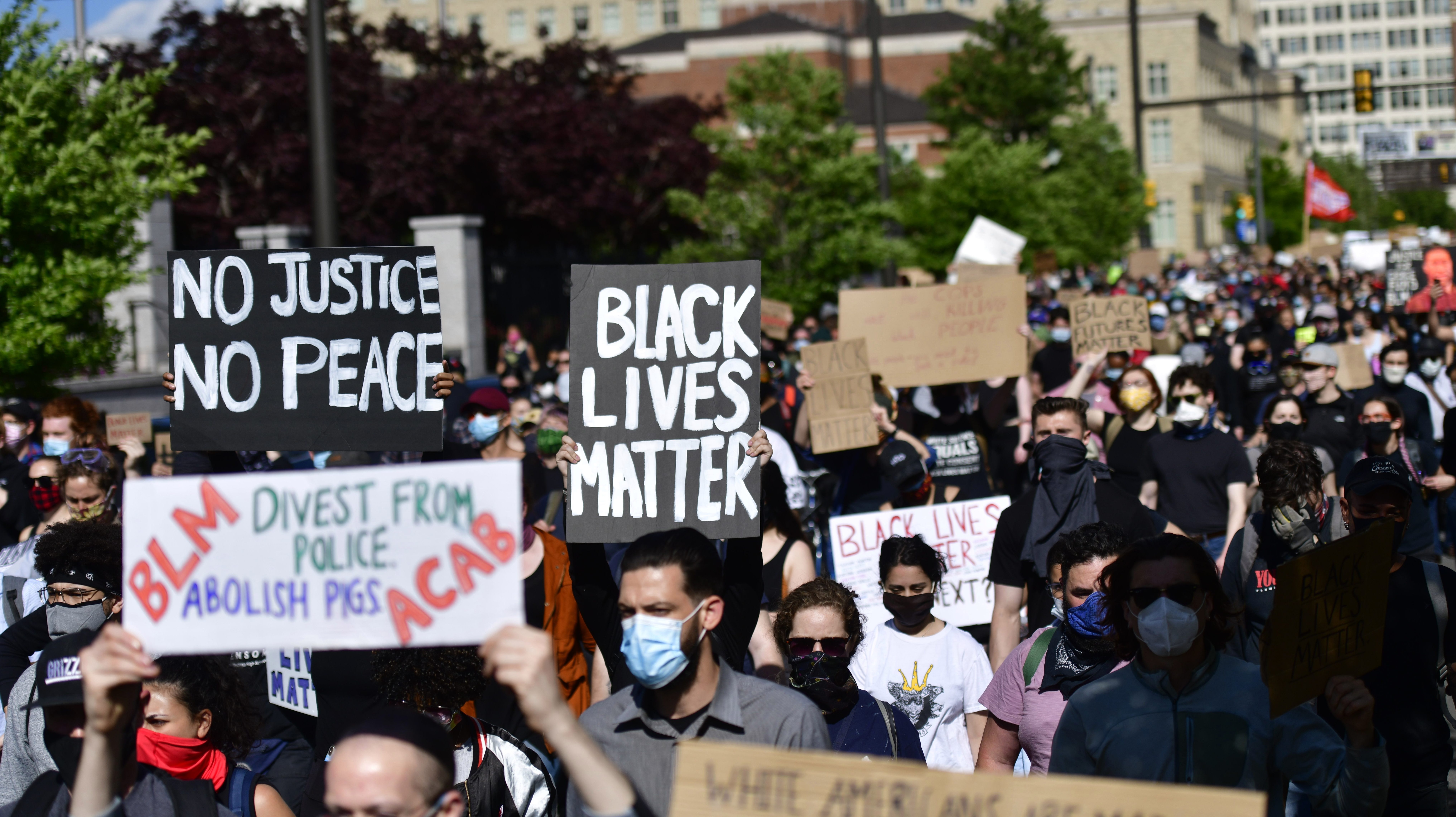 Where are the Black Lives Matter protests happening?

Black Lives Matter protests have been taking place all across the country after Floyd died on Memorial Day.

“They want to see the arrest of all the officers involved [in the murder of George Floyd]," she told ABC's Nightline.

"They want to have no more terror, no more police terror in their communities.

She added: “We barely get a sorry, we rarely get accountability and we never get change."

"So what are people to do?”

How can I donate to Black Lives Matter?

You can donate to the movement on the BLM website – but there are other causes that helps fight injustice.

A GoFundMe page for Floyd has already raised a staggering $9million.

The Minnesota Freedom Fund fights back against the state's "unfair" bail system.

Black Visions Collective believes in a future "where all Black people have autonomy, safety is community-led, and we are in right relationship within our ecosystems."

Donations to Reclaim the Block will help keep communities in Minneapolis safe.

The Atlanta Solidarity Fund helps people who get arrested during protests. 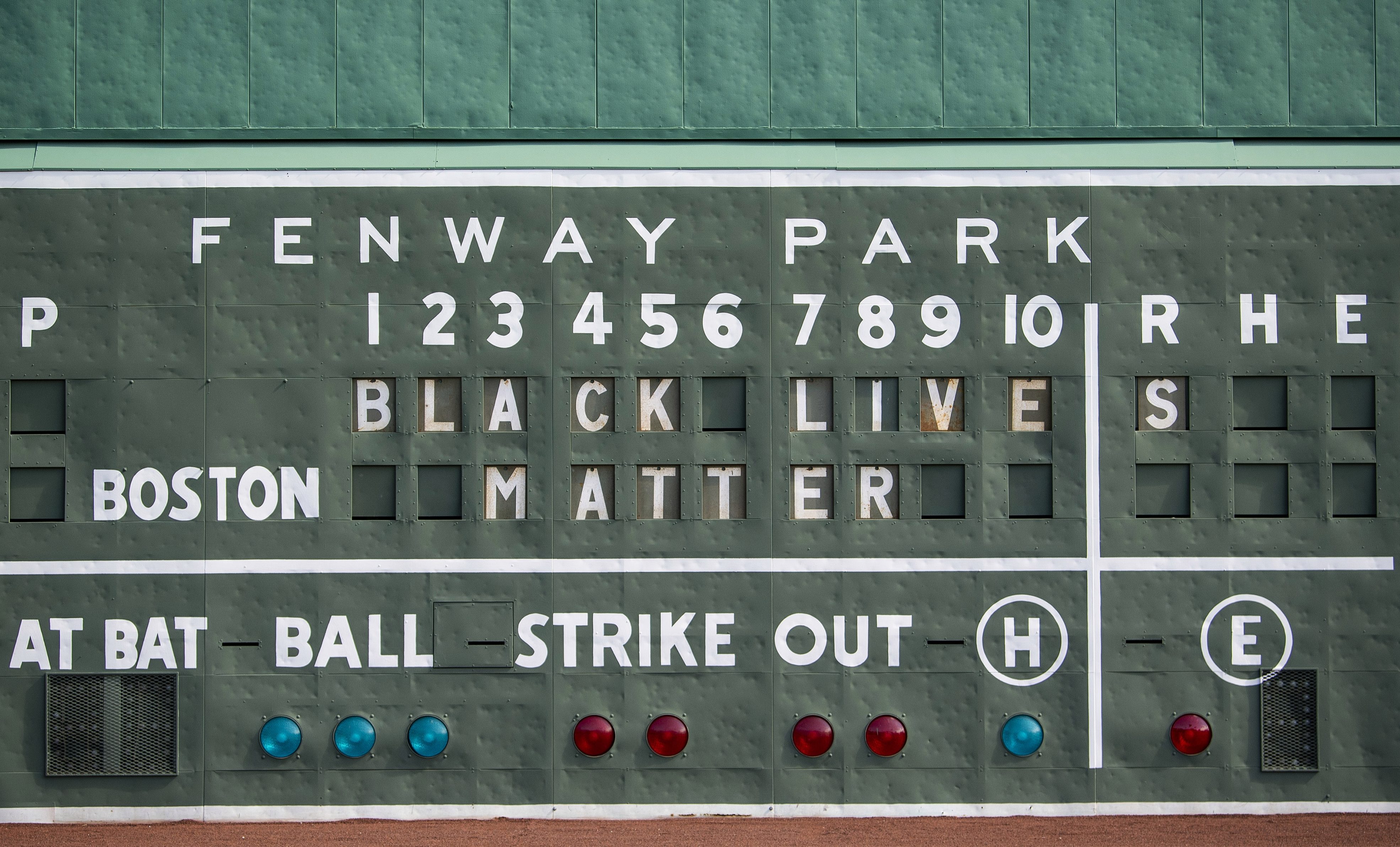 Where can I sign petitions for Black Lives Matter?

All Black Lives Matter petitions can be found on the movement's website.

A Change.org petition is demanding justice for Floyd.

"George was handcuffed and restrained and being completely cooperative when this all went down," the petition reads.

"The officer put his knee on George’s neck choking him for minutes on minutes while George screamed that he could not breathe.

"Bystanders beg for the police officer to take his knee off George’s neck, but the officer didn’t listen and continued to choke him."

Floyd was survived by many loved ones – including his girlfriend of three years.

There are other Floyd petitions as well.

A petition also stands for Breonna Taylor, who was killed when she was shot eight times by Louisville cops in a raid on her home.