Follow
Home » World News » How many children does Amy Coney Barrett have?

AMY Coney Barrett is an American lawyer and serves as an associate justice of the Supreme Court.

Amy is married to Jesse Barrett and the pair have children together. 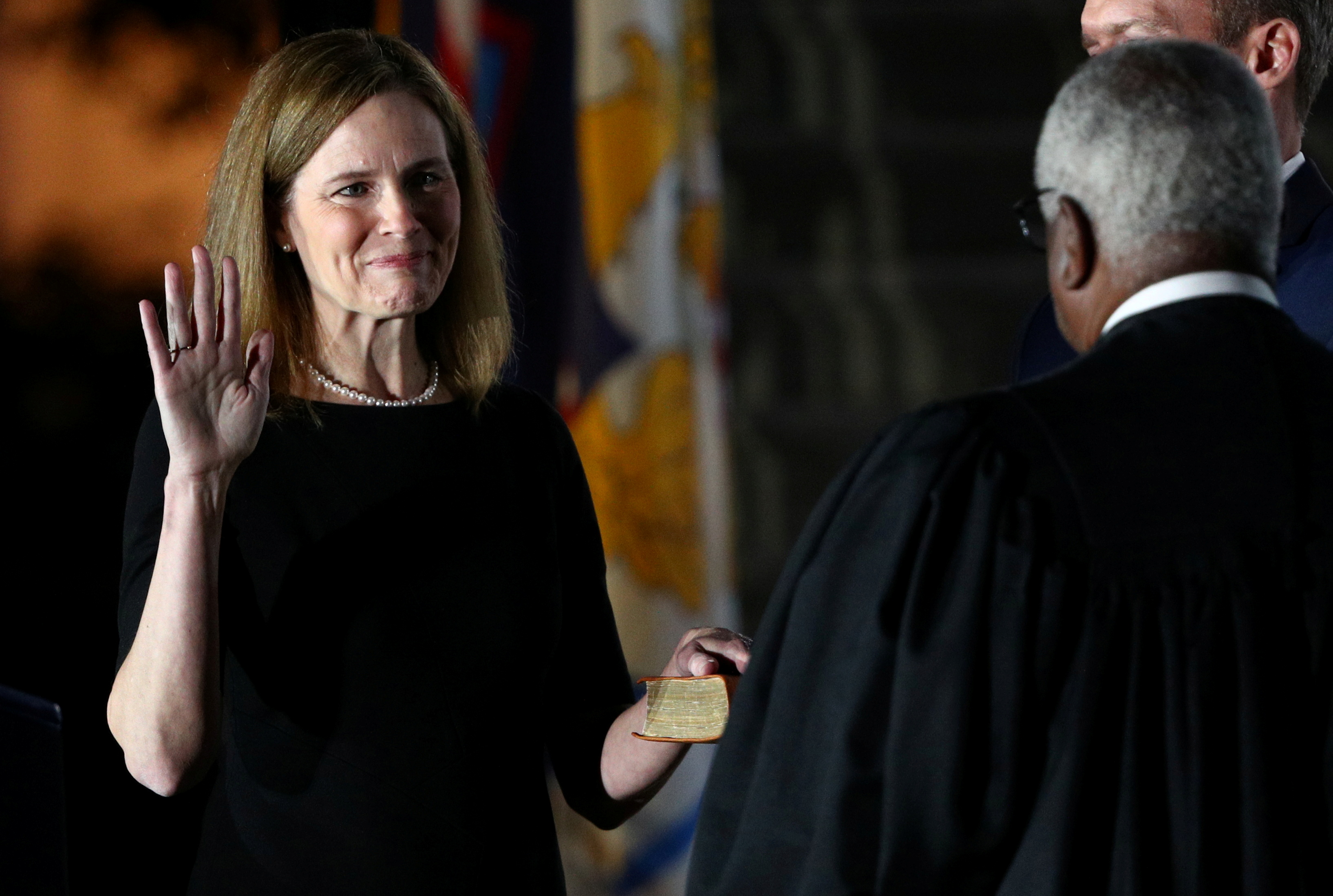 Two were adopted from Haiti and one child has Down Syndrome and special needs.

Jesse Barrett, Amy's husband, spoke of their children at a Judiciary Committee back in 2017, saying “Emma is 16. The first apple of our eye.

“Vivian, directly next to Emma, is 13. Vivian is our miracle. Vivian joined our family… She was born in Haiti.

"She came home when she was 14-months-old, and she weighed 11 pounds and she was so weak we were told she might never walk normally or speak.

"Today Vivian is a track star, and I assure you she has no trouble talking."

She continued: "Tess is also 13-years-old. Both in 8th grade. She’s one of the most compassionate and determined people that I know.

“John Peter is 10. He was born in Haiti. He joined our family in 2010 when he was three years old after the devastating earthquake.

“Liam is 8. Typically curious 8-year-old. And Juliet is our spunky 6-year-old."

Amy added: "Benjamin, our youngest, is five. He has special needs.

"That presents unique challenges for all of us. But I think all you need to know about Benjamin’s place in the family is summed up by the fact the other children unreservedly identify him as their favorite sibling.” 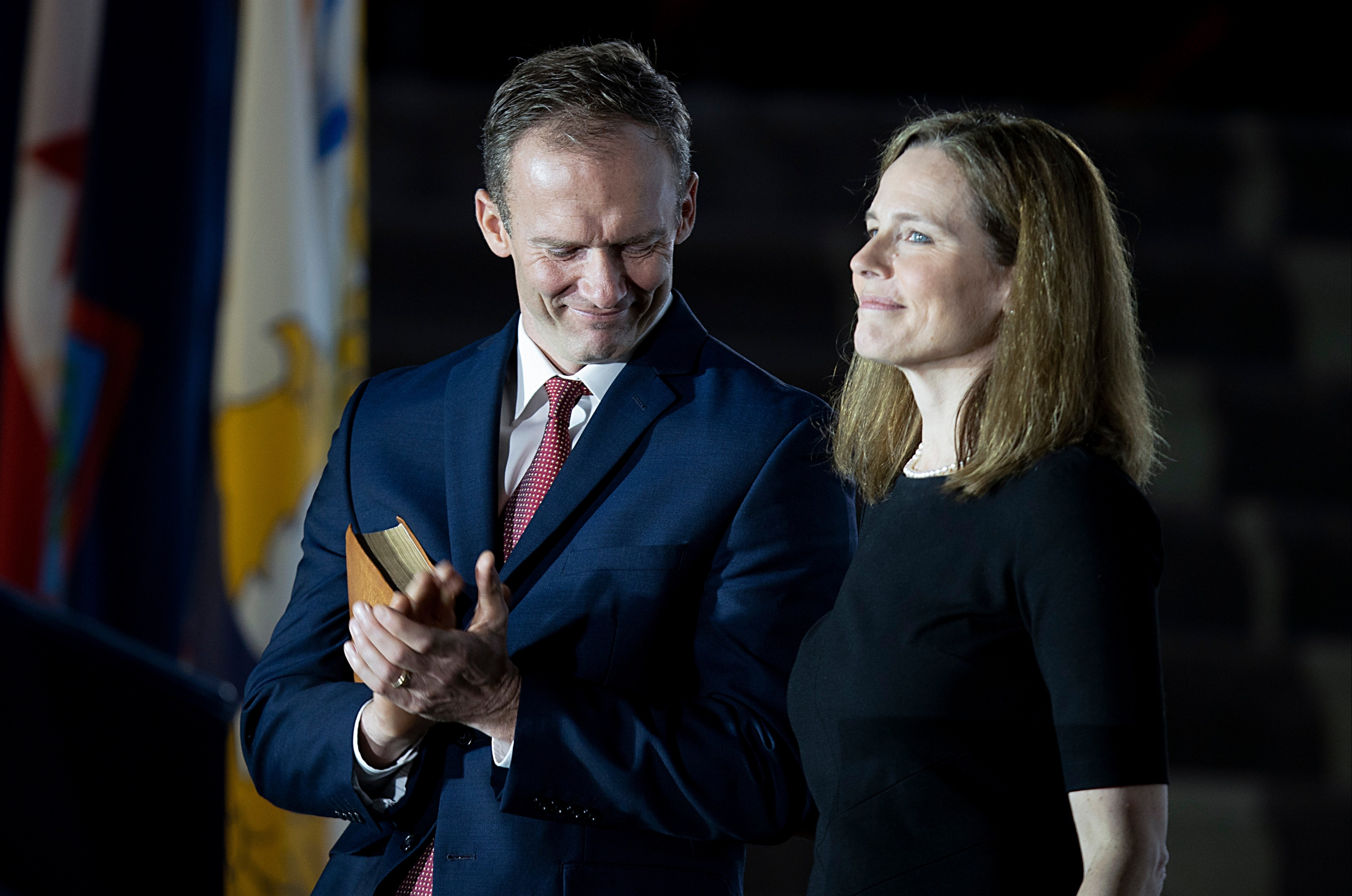 What did Amy Coney Barrett say about abortion?

On Wednesday, December 1, Barrett indicated that since parents have the choice to give a child up for adoption, she may not have to support a woman's right to an abortion.

The inclination comes as a Mississippi law is looking to ban most abortions after 15 weeks of pregnancy, violating the 1973 Roe decision.

She said: "So petitioner points out that in all 50 states you can terminate parental rights by relinquishing a child after [birth], and I think the shortest period might have been 48 hours, if I'm remembering the data correctly.

"So it seems to me, seen in that light, both Roe and Casey emphasize the burdens of parenting.

"And insofar as you and many of your amici focus on the ways in which forced parenting, forced motherhood, would hinder women's access to the workplace and to equal opportunities, it's also focused on the consequences of parenting and the obligations of motherhood that flow from pregnancy.

"Why don't the safe-haven laws take care of that problem?"

Her husband was a former federal prosecutor and assistant United States Attorney in the Northern District of Indiana.

According to his website, he specializes in commercial litigation, internal investigations, and defense of white collar crime.

The couple live in South Bend.

How much did Billy Monger raise for Comic Relief 2021?

Met apologise to philosophy lecturer who was ridiculed in strip search