Howard Stern is not holding back when it comes to his opinions of the Sussexes. The 68-year-old radio personality spoke about Prince Harry and Meghan Markle's new Netflix docuseries, Harry & Meghan, during Monday's episode of his SiriusXM show.

"It’s been painful. I don’t — I wouldn’t stay with it, but my wife [Beth Stern] wants to watch it, so, you know, we have shows we watch, but they come off like such whiny b****es," Stern said of the royal couple (via Mediaite). "I gotta tell you man, I just don’t get it."

Stern said he does "feel bad" for Harry, whose mother, Princess Diana, died in a car crash 1997, noting, "you got my empathy there," but added that he's not a fan of how Harry and Meghan have gone about telling their story.

"Jesus Christ, when those two start whining about ‘Wah, wah, wah, and they don’t like me’ and she wants to be beloved in this country, but man, oh man, you know, it’s just very weird to watch two people who keep screaming, 'We wanted our privacy, we wanted the press to leave us alone.' And then what is their special that they put out on Netflix — showing you them and their kids and their life. It’s like the Kardashiansexcept boring," Stern said, referencing the famous reality TV stars.

Stern and his co-host, Robin Quivers, also pointed out that Harry and Meghan have shared what they feel is the same story multiple times.

"Would I have heard anything anybody was saying if I was living in the lap of luxury? ‘Turn off the TV,'" Quivers said. 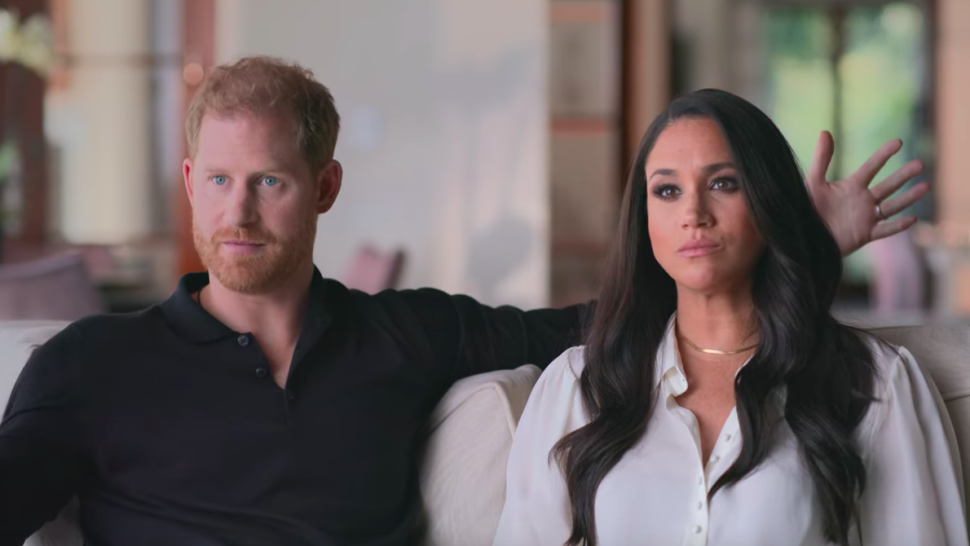 Stern also called out the couple for past comments about being stuck on the grounds of their home at Frogmore Cottage in the United Kingdom.

"I would, first of all, that estate — when you see those palaces and you see the grounds, I could live my whole life in that palace, in the grounds," he said. "'Cause you know, I live in my house. I haven’t left in three years. It doesn’t seem like prison to me. You know, and then you got butlers and cars and food and — f**k you!"

Stern even said that he thought Harry would eventually leave his wife, saying, "You know, I think he’s eventually not gonna dig her. I’m telling you."

The couple previously responded to criticism that they were choosing to put their lives on display after seemingly wanting privacy.

In a statement to ET, the Duke and Duchess of Sussex’s Global Press Secretary addressed criticism of their Netflix docuseries, which largely stems from the couple's decision to put themselves in the spotlight with the show after leaving the high-profile royal family.

"The Duke and Duchess have never cited privacy as the reason for stepping back," the statement read. "This distorted narrative was intended to trap the couple into silence. In fact, their statement announcing their decision to step back mentions nothing of privacy and reiterates their desire to continue their roles and public duties. Any suggestion otherwise speaks to a key point of this series."

Volume I of Harry & Meghan is currently streaming on Netflix, while volume II drops on Thursday, Dec. 15.