A HUGE blaze has broken out and a thick mushroom cloud has filled the sky after an explosion at a marina in Kent today.

The fire in Medway, Kent started at 4.30 this morning before firefighters rushed to the scene to battle the inferno. 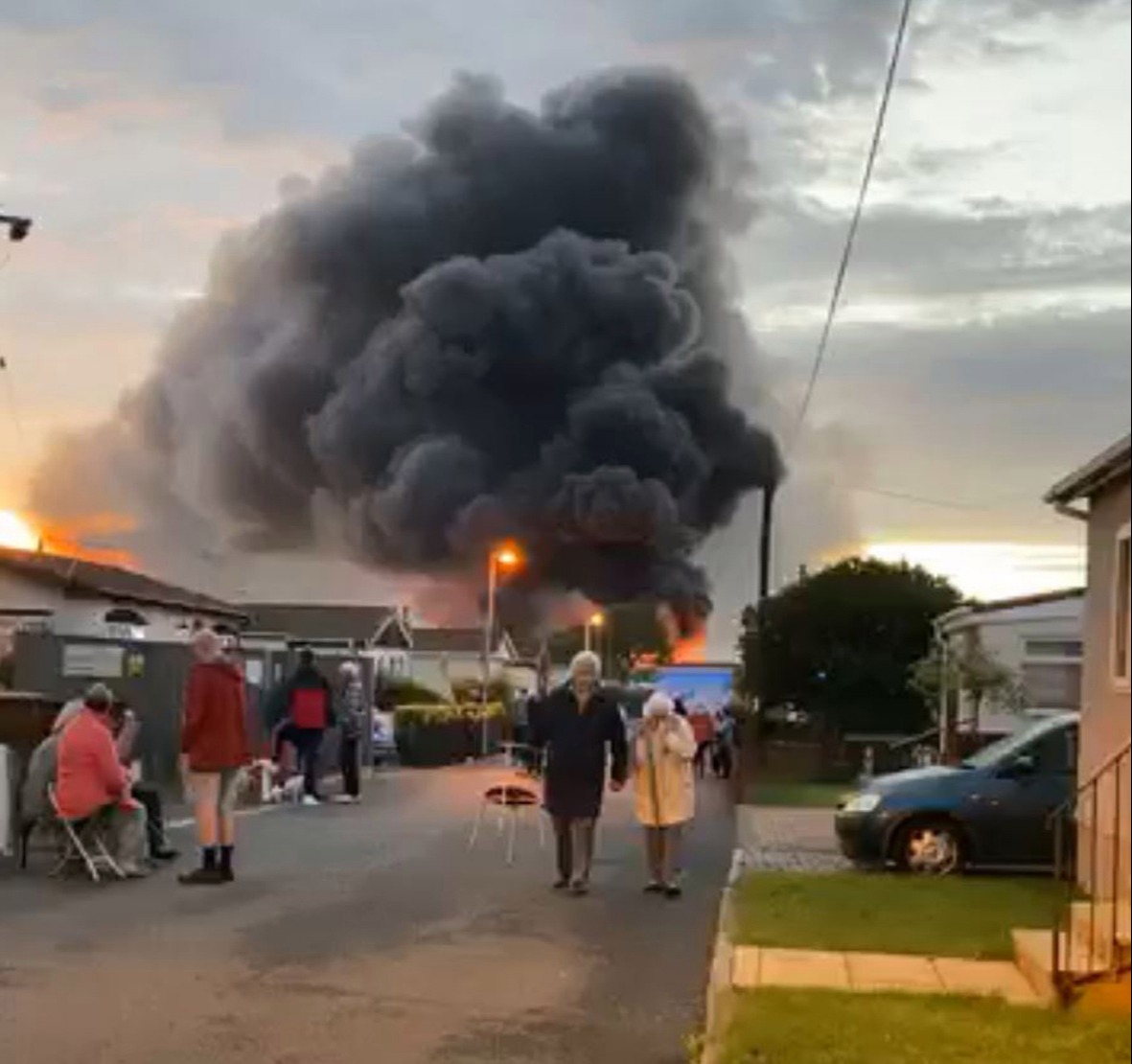 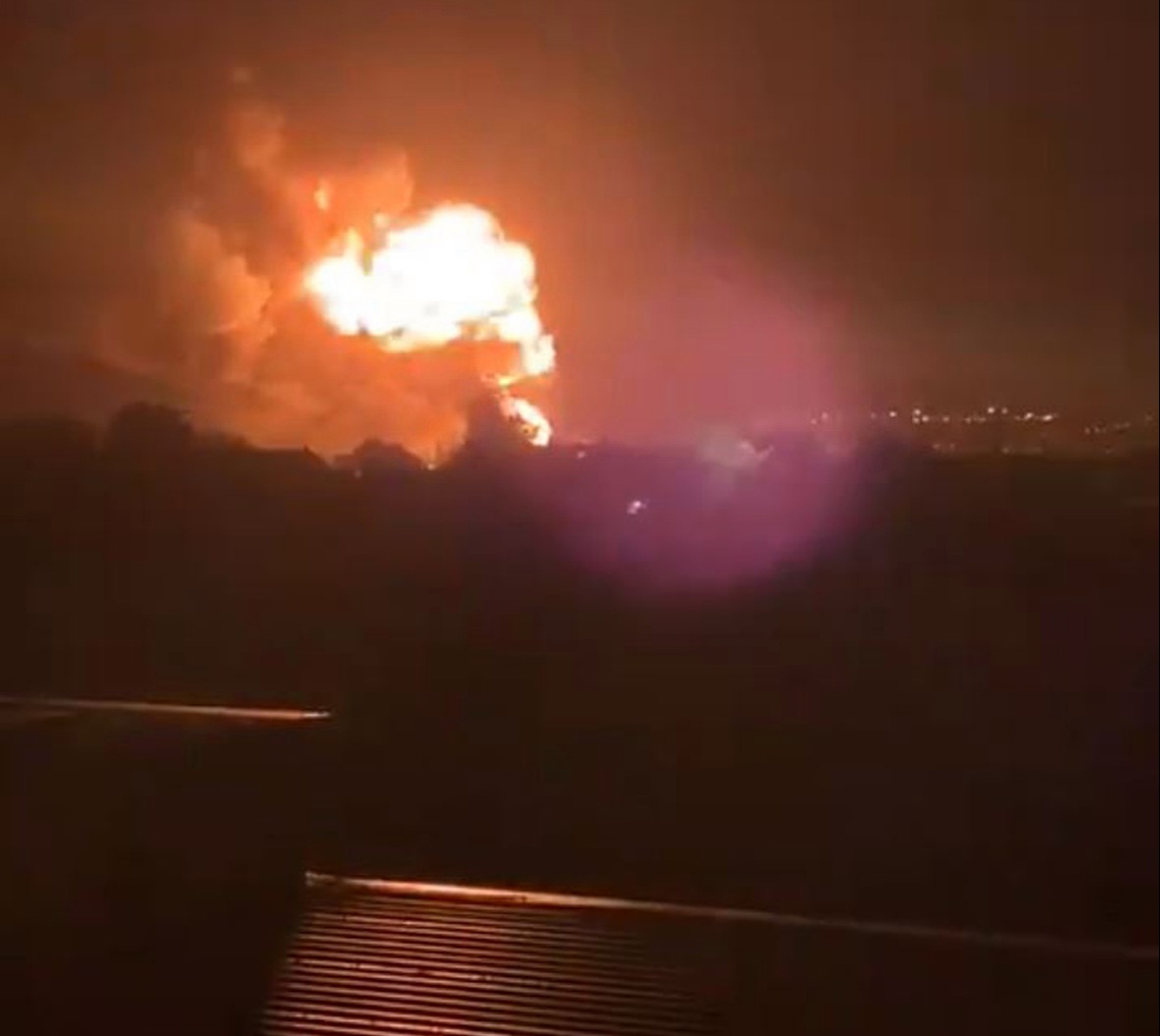 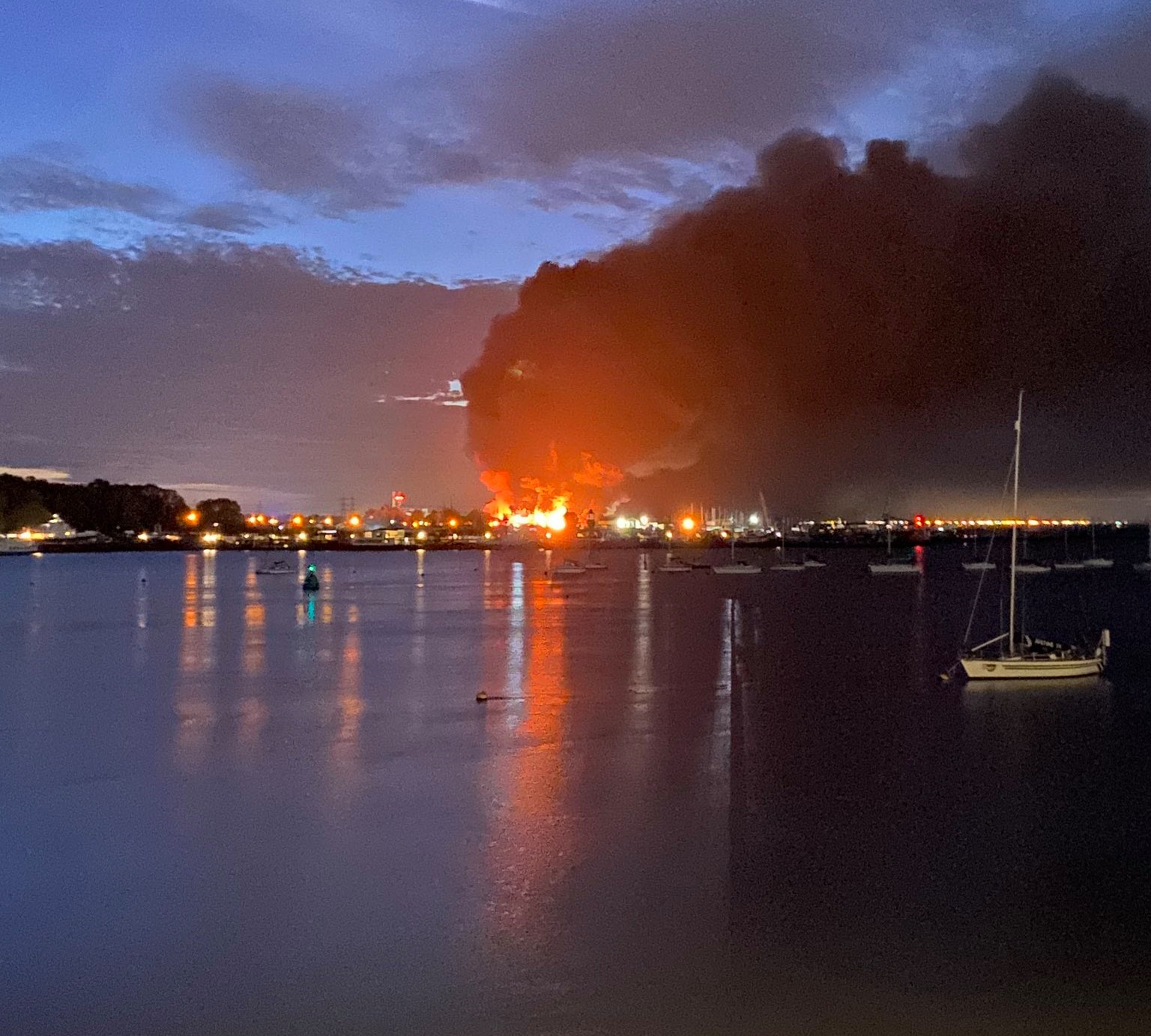 Onlookers reported hearing a "big, big explosion" followed by another loud bang at an industrial unit.

A former Royal Engineer who lives near the factory said the scene reminded him of gas explosions he had seen while he was in the army.

Nearby resident Joe Discipline said the explosion shook his house and windows around 4.30am.

"I jumped out of bed to see the sky was orange. There was then a second explosion, just as big, and that's when I started to record," he told PA Media.

A thick plume of black smoke billowed hundreds of feet into the air after the explosion.

People living nearby were warned to keep their windows and doors closed to avoid being affected by smoke inhalation.

The fire service said gas cyclinders were involved in the fire, and there had been no casualites reported.

Paul, 60, who lives across the River Medway from the fire said he watched the blaze burn from around 5am.

"I heard cracking and things exploding, so then started to video it – then all of a sudden, boom, it was a big, big explosion," he said.

"I was thinking, is it going to be like Beirut? At the end of the day, you see the mushroom cloud, then there might have been a secondary explosion which was even bigger, so I was just a little bit worried.

Ten fire engines were at the scene as crews tried to put the fire out this morning.

A Kent fire and rescue service spokesman said the public should avoid the area. 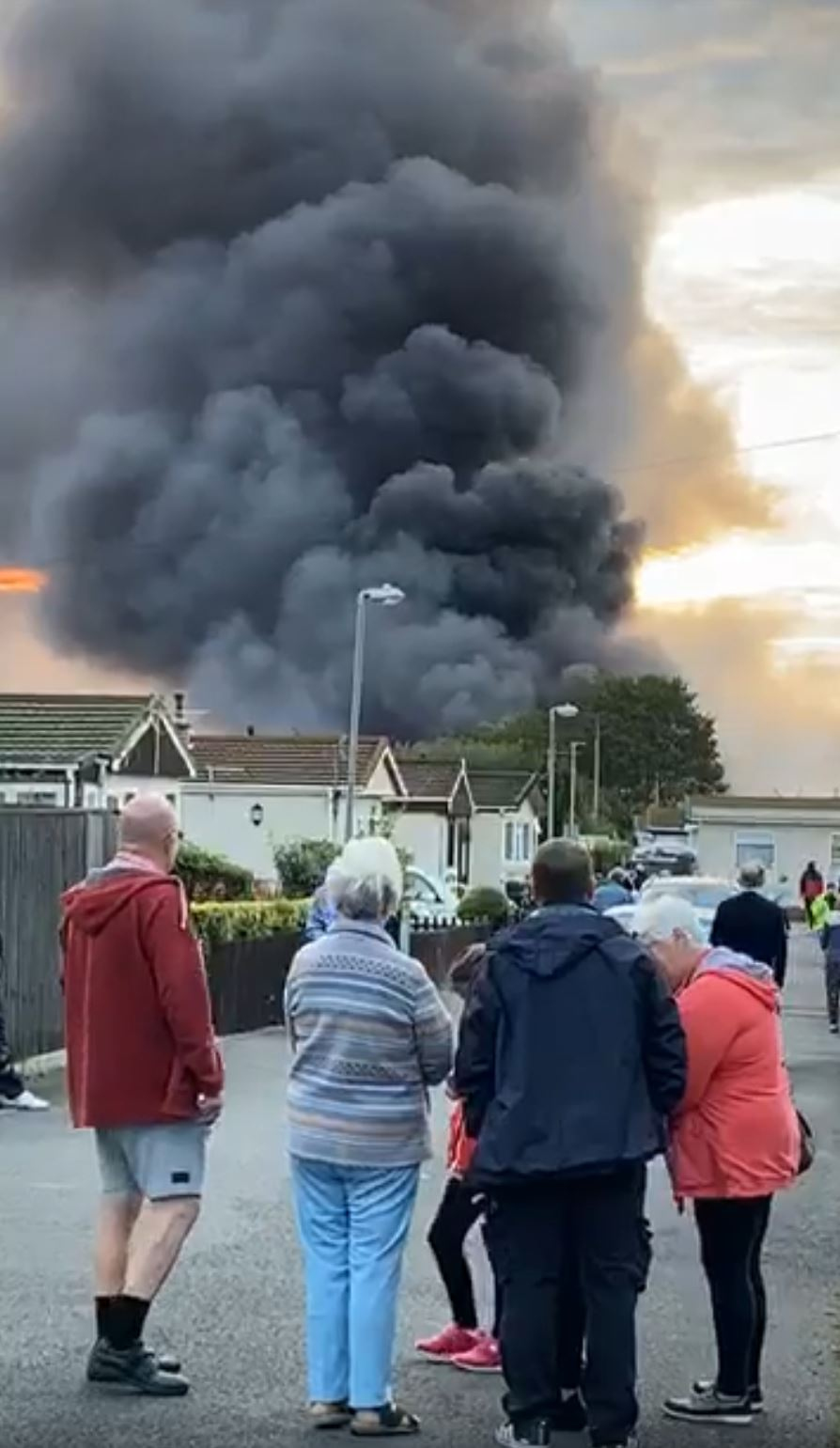 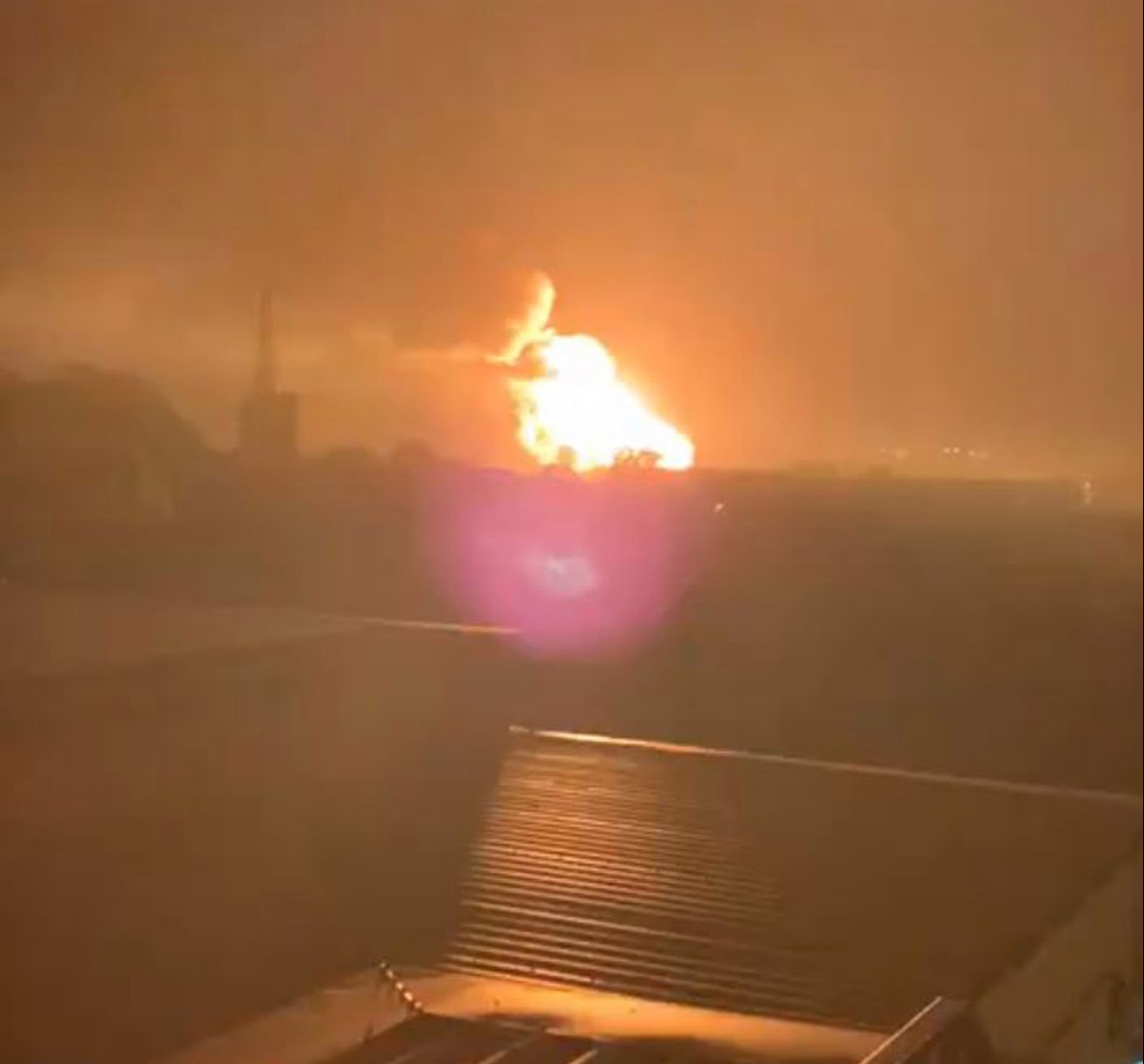 And, blaze, breaks, huge, out, thic
You may also like: