BREAKING down in tears, a 13-year-old Emma-Jane Taylor felt completely lost as she watched the predator that had just taken her virginity laugh at her.

It's a memory that will haunt the mum, now 48, forever, after years of hell which included being sexually assaulted on holiday at the age of nine, before being groomed for years by an older man. 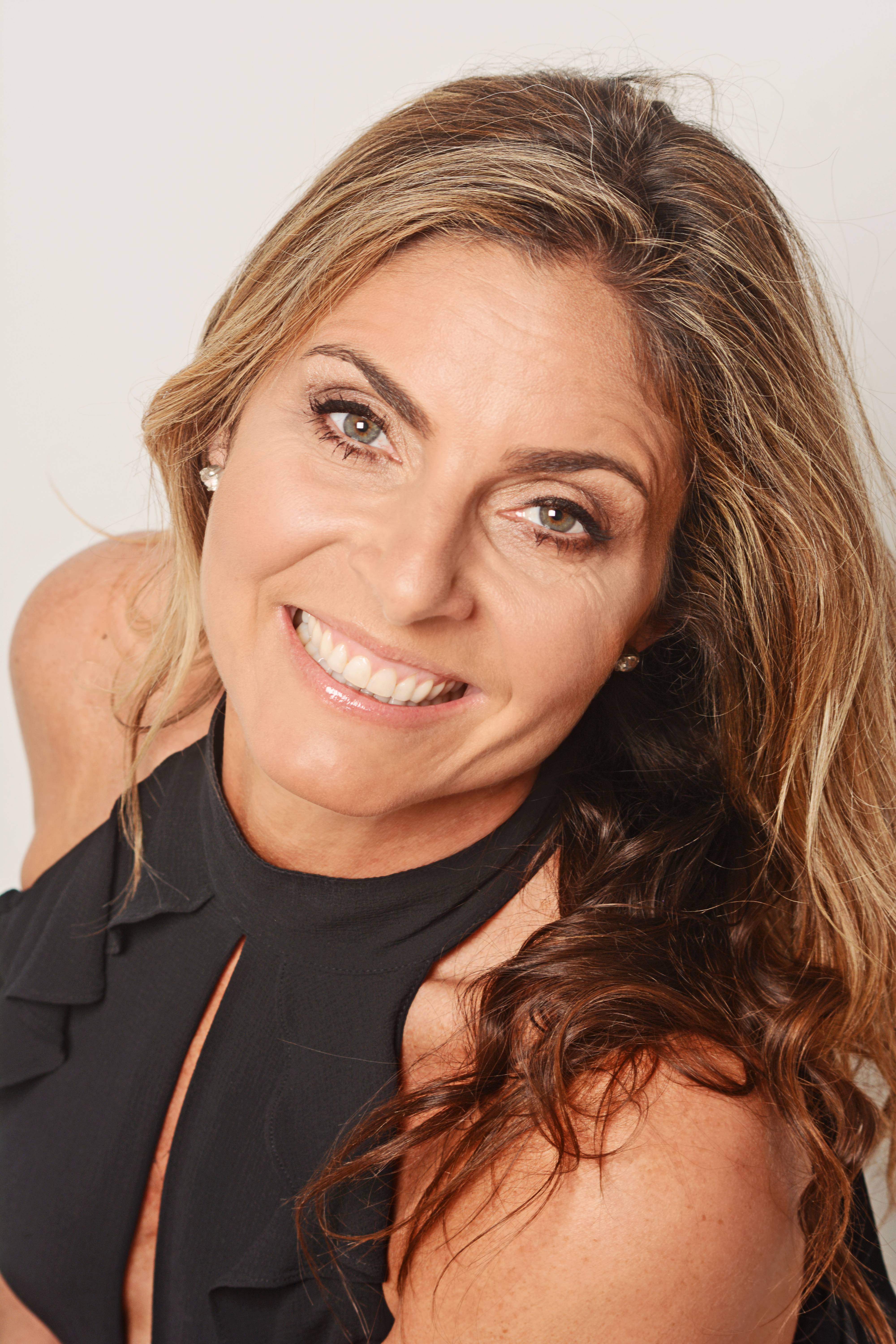 She's now opening up about the harrowing time – and how she finally managed to find happiness in the years since – to help other victims.

Emma-Jane, from Oxfordshire, was just nine years old when she was first assaulted by a local restaurant owner while on holiday in Greece.

She initially blocked out what had happened, but it wasn’t until three years later, when her father abandoned her out of the blue, that the traumatic memory resurfaced.

And tragically there were still more horrors to come, as the vulnerable girl was then befriended by a family acquaintance who ended up ruining years of her life… 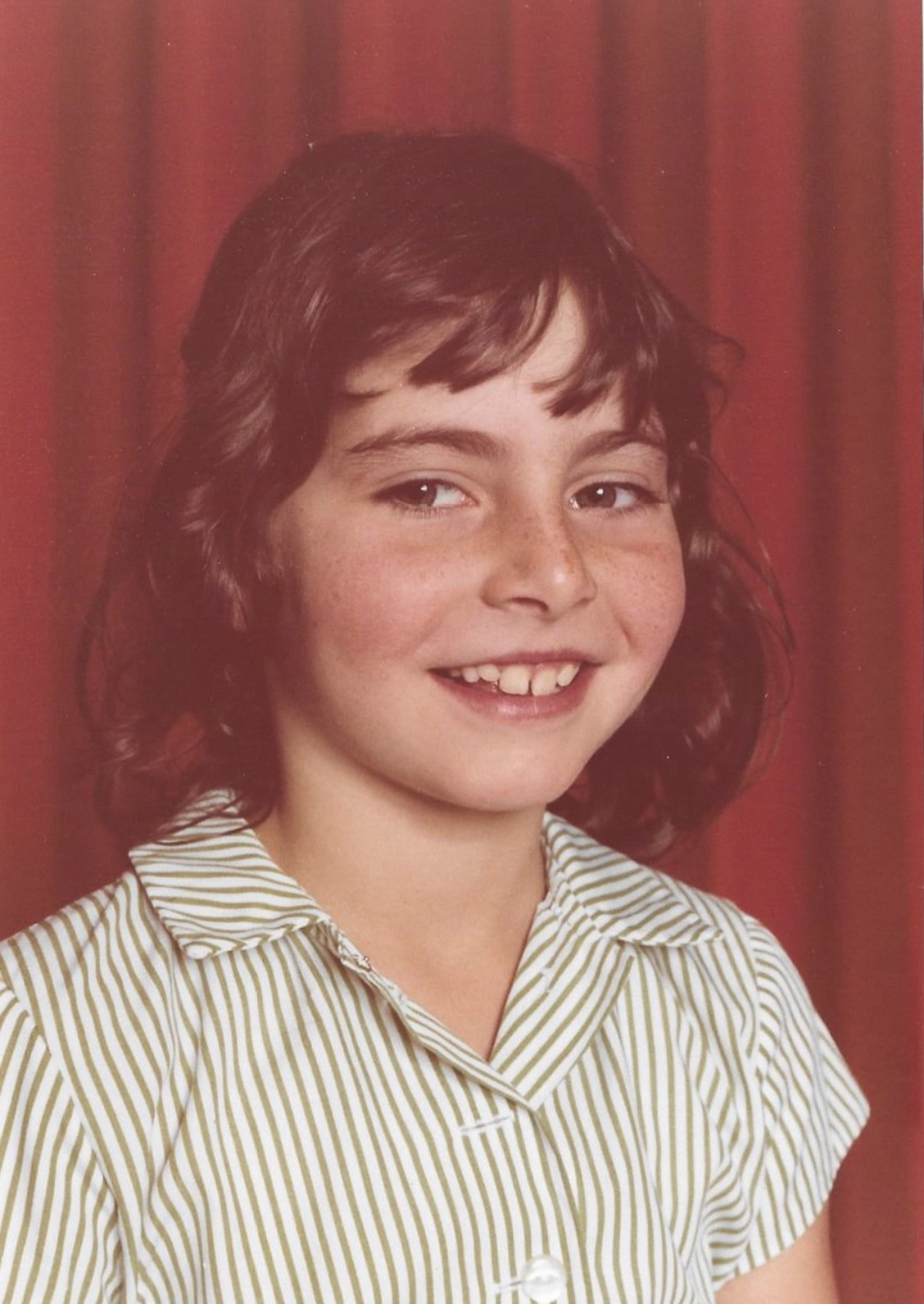 'I put the experience in a box in my mind'

Emma-Jane says while she was once a "confident, happy and bubbly" child with lots of friends, everything began to change when she went on holiday with her mum and stepfather in 1981, aged just nine at the time.

“We would stop in at a little taverna every night," she recalls.

"You get to know the people that work there. Staff would gather the children while the parents were eating and take us outside to see the animals there. 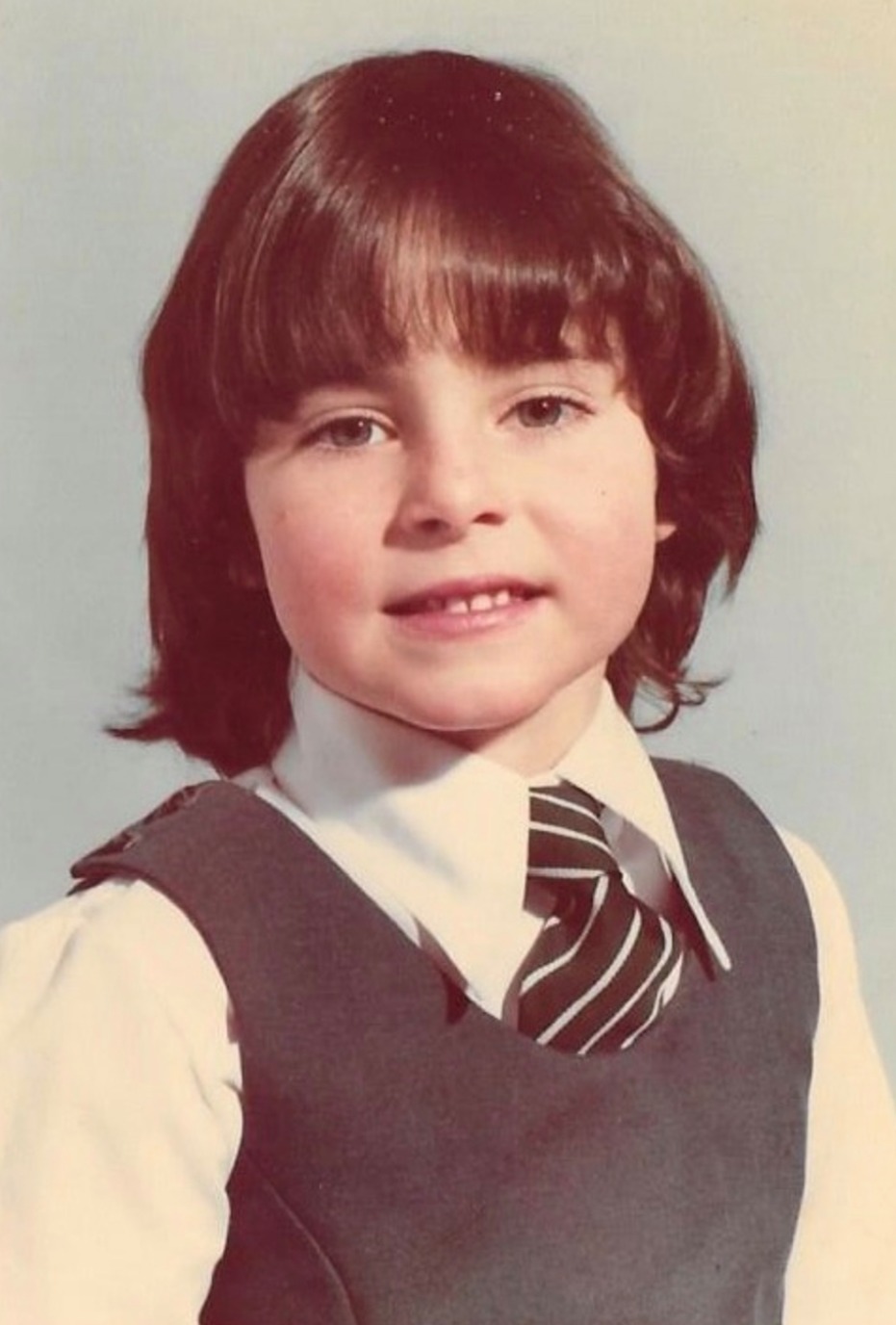 “This one night we went out, and we were a little bit further into the darkness than we had been usually, but I didn’t feel scared. I felt safe.

“This one man took me a little further away from the others and as we were standing there, he started to touch me and abuse me.

“I froze… I’ve had to have a lot of therapy to say this. Then I ran back into the restaurant, knowing it didn’t feel right but not really understanding what had happened. I was terrified."

She adds: “I never told my family, I just put the experience in a box in my mind and pushed it away." 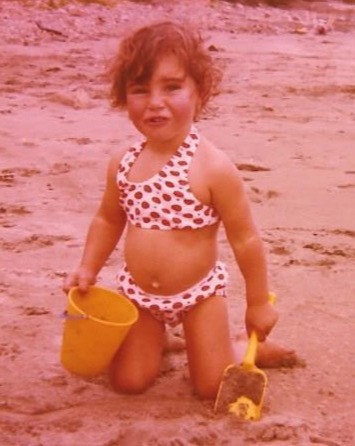 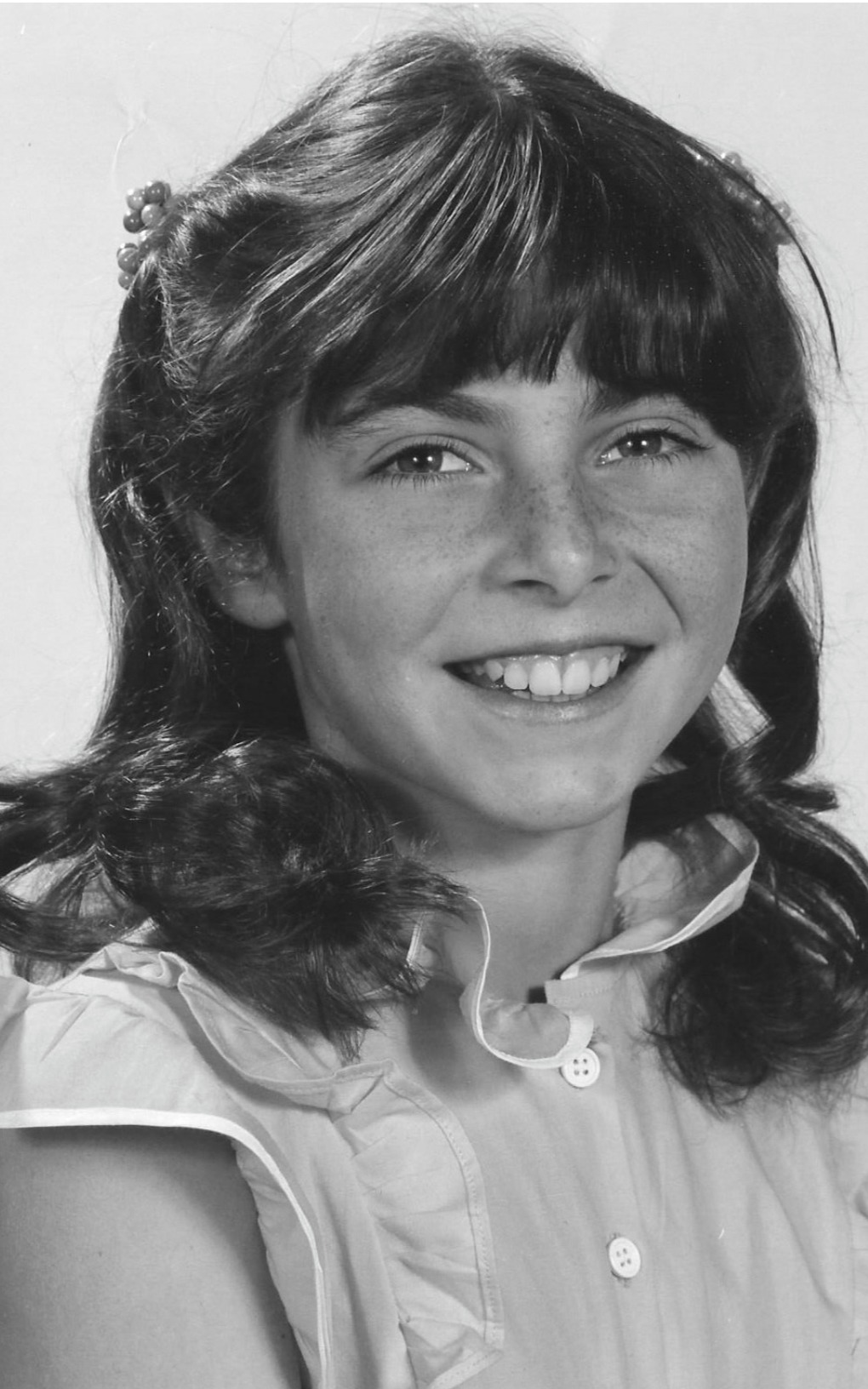 Emma-Jane says she completely blocked the memory out in the years that followed – with it only resurfacing again when she was around 12.

'I felt dirty constantly and became obsessed with cleaning myself'

While her parents had separated when she was a young child, Emma-Jane had always been close with her biological father – seeing him every other weekend for days out and fun activities.

“We’d go to the sweet shop, we’d go swimming, there was a bump in the road he called Emma’s bump, we’d watch Generation Game. Every other Saturday for years and years," she says.

“I absolutely loved this man.” 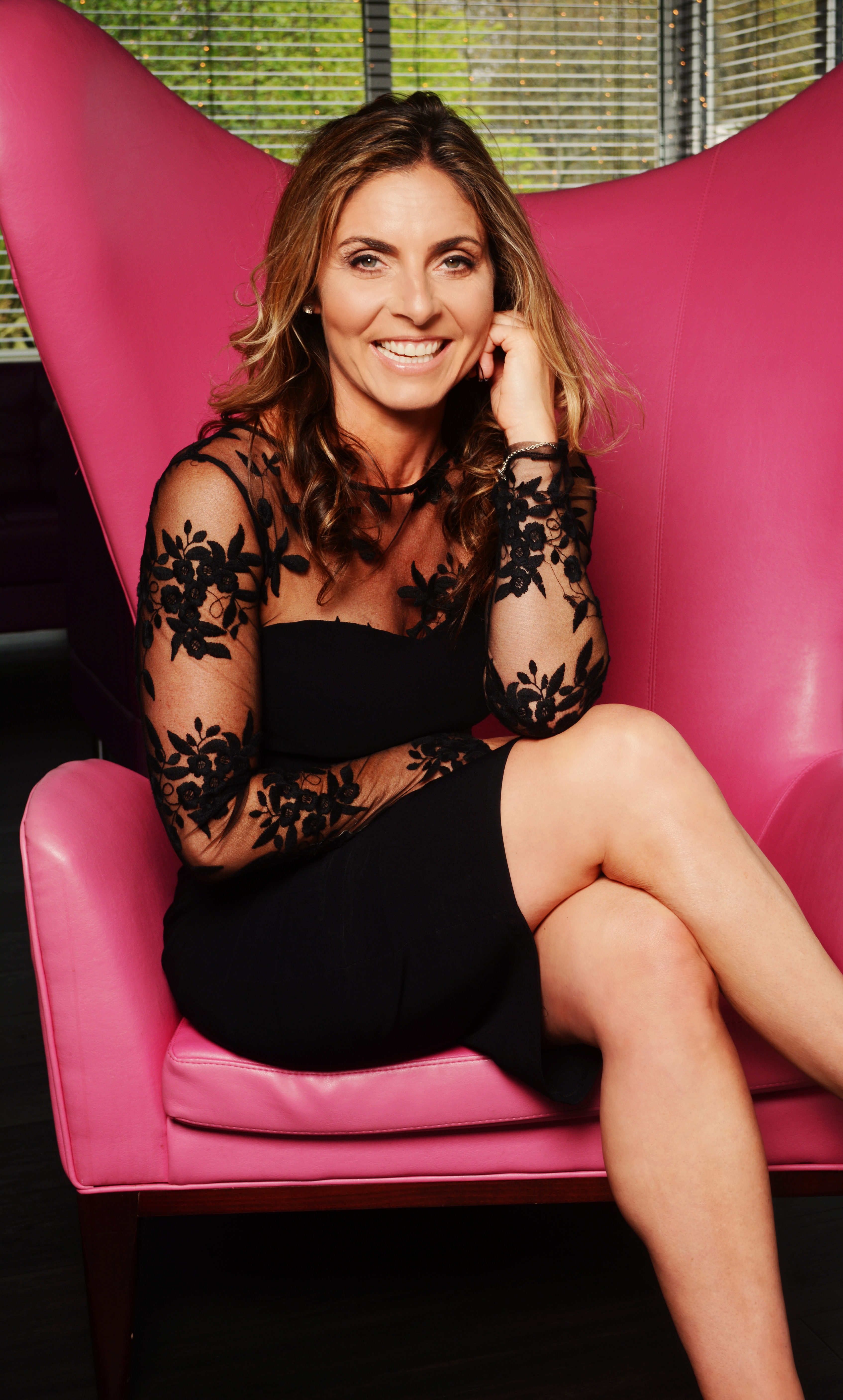 However, when Emma-Jane was 12, she says her father suddenly abandoned her – leaving her confused and traumatised.

“I was inconsolable. It was like someone had flicked a switch and I became a nervous wreck. I couldn’t make any decisions because it felt like the wrong choice meant losing someone I loved," she says.

“Very quickly, I found myself in a dark place. The trauma of my dad leaving triggered something within me and brought back the memory of what had happened in Greece.

I started scrubbing myself at night-time. You have flashbacks, you have fear, you feel vulnerable and dirty.

“I felt dirty constantly and became obsessed with cleaning myself. I couldn’t sleep without having a bath and felt out of control.

“My personality seemed to completely change and I started being naughty at school and would be rude to my mother and stepfather, sometimes even violent."

She adds: “I started scrubbing myself at night-time. You have flashbacks, you have fear, you feel vulnerable and dirty." 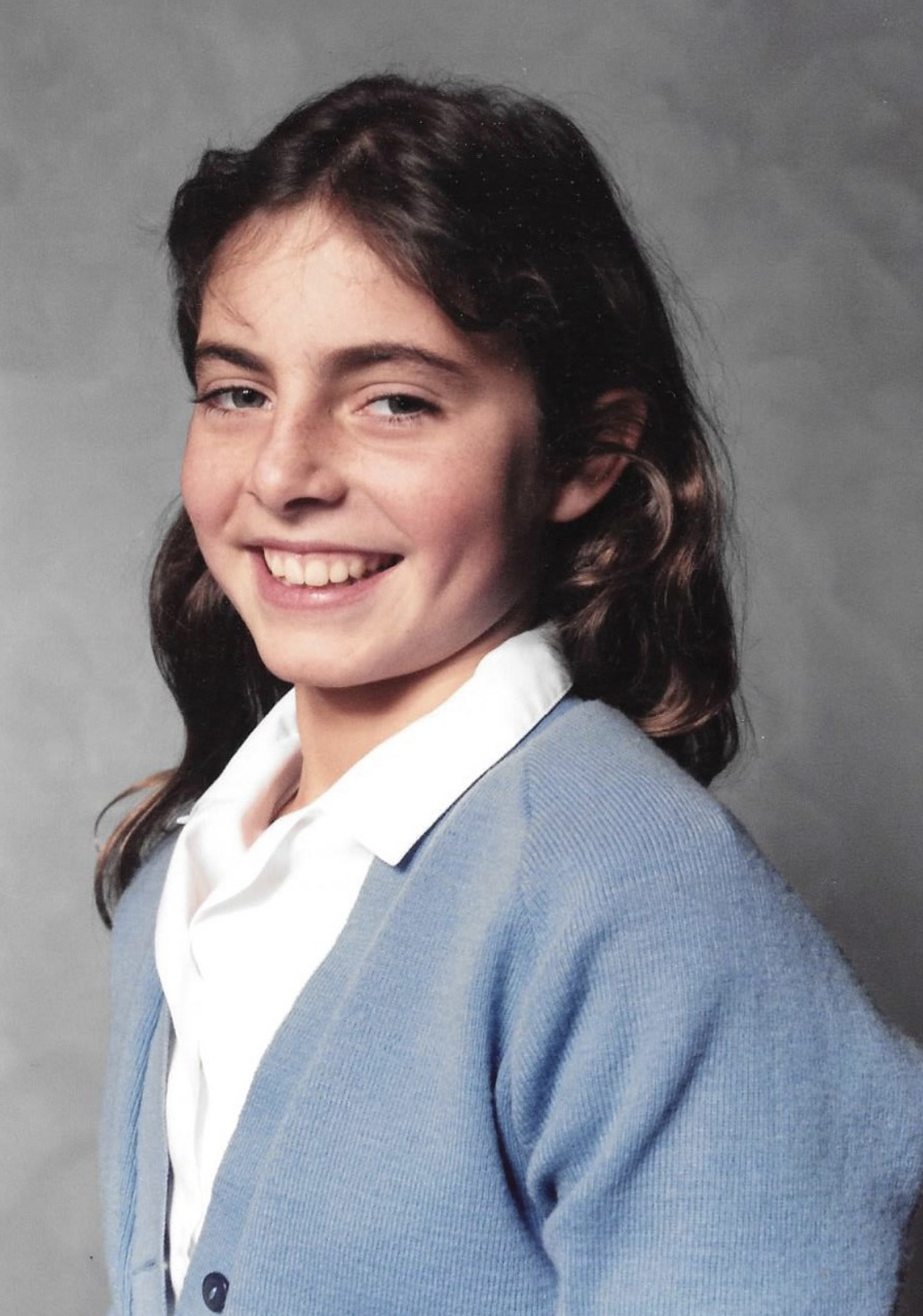 As her behaviour grew even more erratic, she began to grow closer to family acquaintance John* – not his real name – who would take her out after school to get her mind off things.

However, while she trusted him completely at the time, she now recognises his actions as grooming.

The attention soon turned sinister, as he targeted her when she was at her most lonely and vulnerable.

“I’d already started drinking a bit. Then this guy came along, I was missing my father terribly, and he was an older man in his 40s and he was saying all the right things," Emma-Jane says. 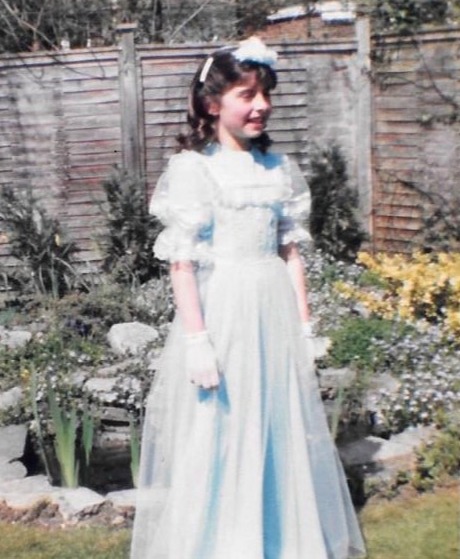 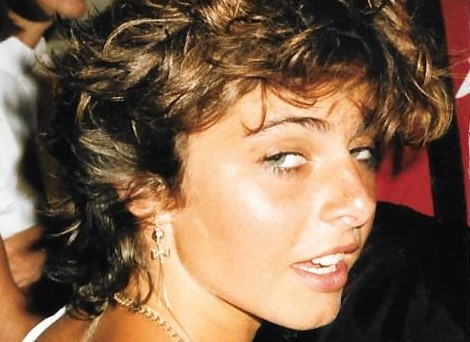 She adds: “He would offer to take me out to give my parents a break, treating me to lunch or driving me around.

"People were so trusting in those days that no one suspected anything."

Emma-Jane says he'd often buy her gifts, including a diamond and blue topaz ring and a leather jacket, as well as some nice perfume. With the gifts, however, came alcohol.

“Once I started drinking, it spiralled into him giving me drugs. My mum would drop me off at the bus stop for school and then he’d pick me up and take me to his house," she says. 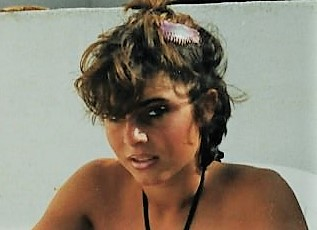 “The price I had to pay was doing whatever he wanted."

When Emma-Jane was just 13, John took her virginity – leaving her confused and upset.

"I didn’t know what I was doing. I started crying because I was bleeding and he was laughing at me," she says.

She adds: “[From there] he would rape me regularly, degrading me and controlling me however he could. He started to follow me everywhere, even following the bus to and from school every day.

“He constantly knew where I was. Life became a blur and, although I knew how I was being treated wasn’t right, it felt normal to me.

“I couldn’t even move because he’d give me so much to drink and so many drugs, so I was numb and powerless while he did what he wanted to me.

I felt like I was going to die, and sometimes I didn’t even care because I felt so worthless and empty.

“My mum was beside herself and everyone blamed my behaviour on my father leaving. No one knew that I was being groomed the entire time."

Emma-Jane says she felt completely "trapped" and didn't even feel able to confide in her friends.

“My abuser would pick me up drunk, lock the car door and then race around. I felt like I was going to die, and sometimes I didn’t even care because I felt so worthless and empty," she recalls.

She goes on: “He told me not to tell people because they wouldn’t believe us, and I’d get into trouble… never that he’d be in trouble.

“I remember one night taking too many paracetamol. I don’t think I wanted to kill myself I was just in such a mess.

“It went on for a good few years, and it was only in my late teens that I realised it wasn’t right."

'I revisited my most painful and dark memories'

In 1991, when her stepfather suffered a major health scare, Emma-Jane's life was thrown into perspective.

Following the traumatic incident, the then 19-year-old decided to move to Spain and work as a nanny for three years – finally escaping John's clutches. 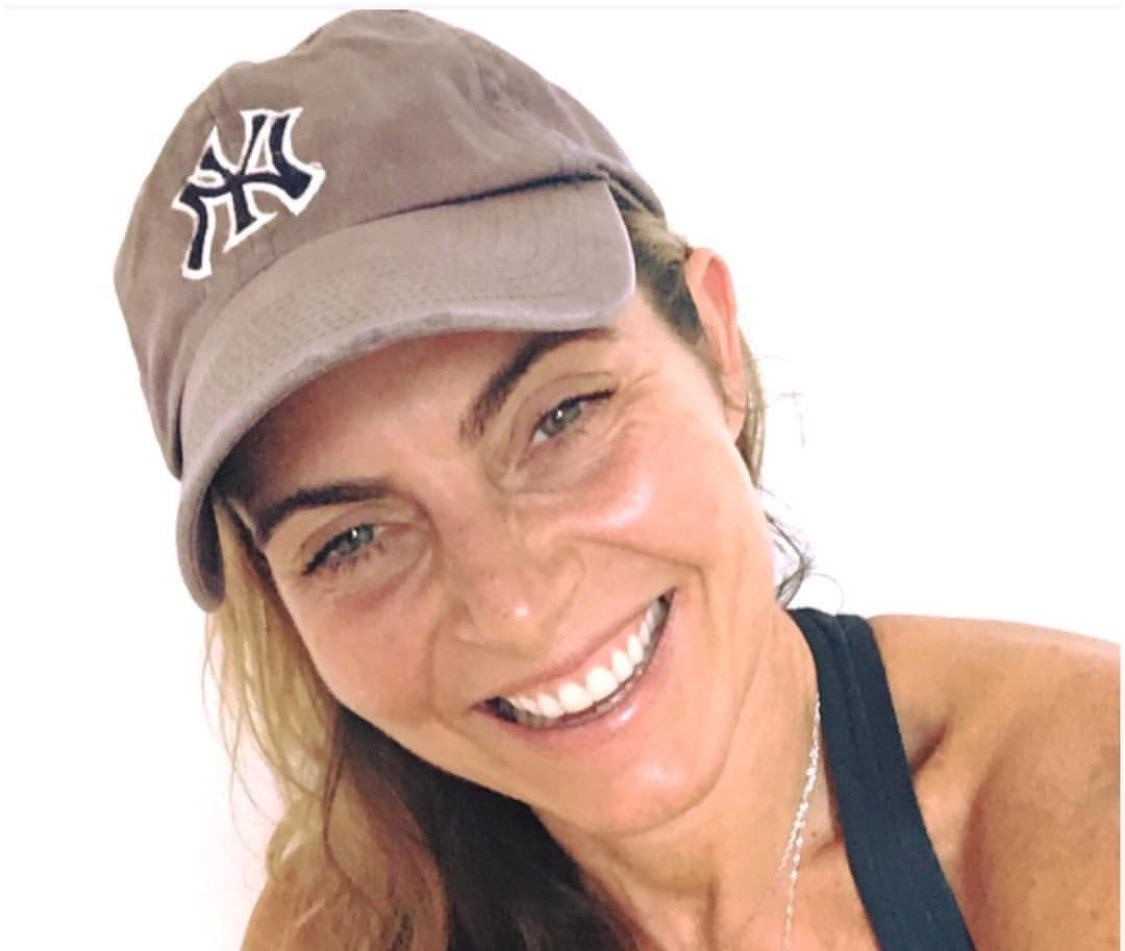 “I spent three years there and started to connect with people, forming real friendships. I still wasn’t ready to talk about what I’d been through, but it helped me to open up more to my family when I got home," she says.

Emma-Jane stopped drinking and hasn't touched it ever since, while focusing on her dream career in a new area.

"By 24, I booked myself in for therapy," she says. "I was able to stop questioning why everything had happened to me, and focused instead on moving forward with my life.

Where can I get help?

“During hypnotherapy, I revisited my most painful and dark memories and came to terms with them."

Since then, Emma-Jane has opened up to her family about what happened to her as a child.

She says: "They were devastated, absolutely devastated. They can see now what they didn’t back then, but we have worked through things together and we are very close and speak every day.”

Emma-Jane's life was made complete when she gave birth to her daughter Betty-Mae in 2008.

She says: “I vowed to give her everything I couldn’t have growing up – communication around mental health, mental, emotional and physical wellbeing. I make sure we are always talking and always open with one another." 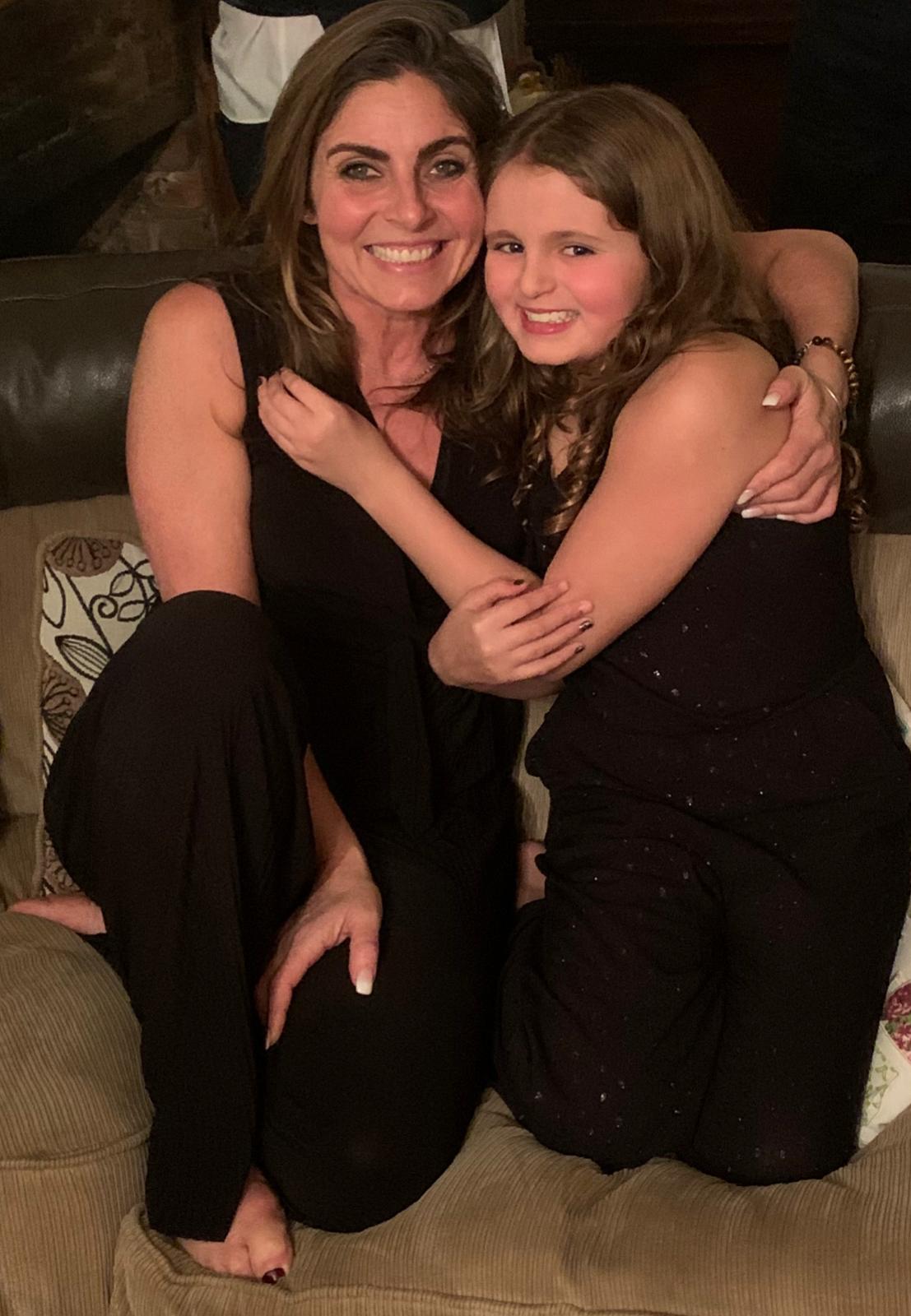 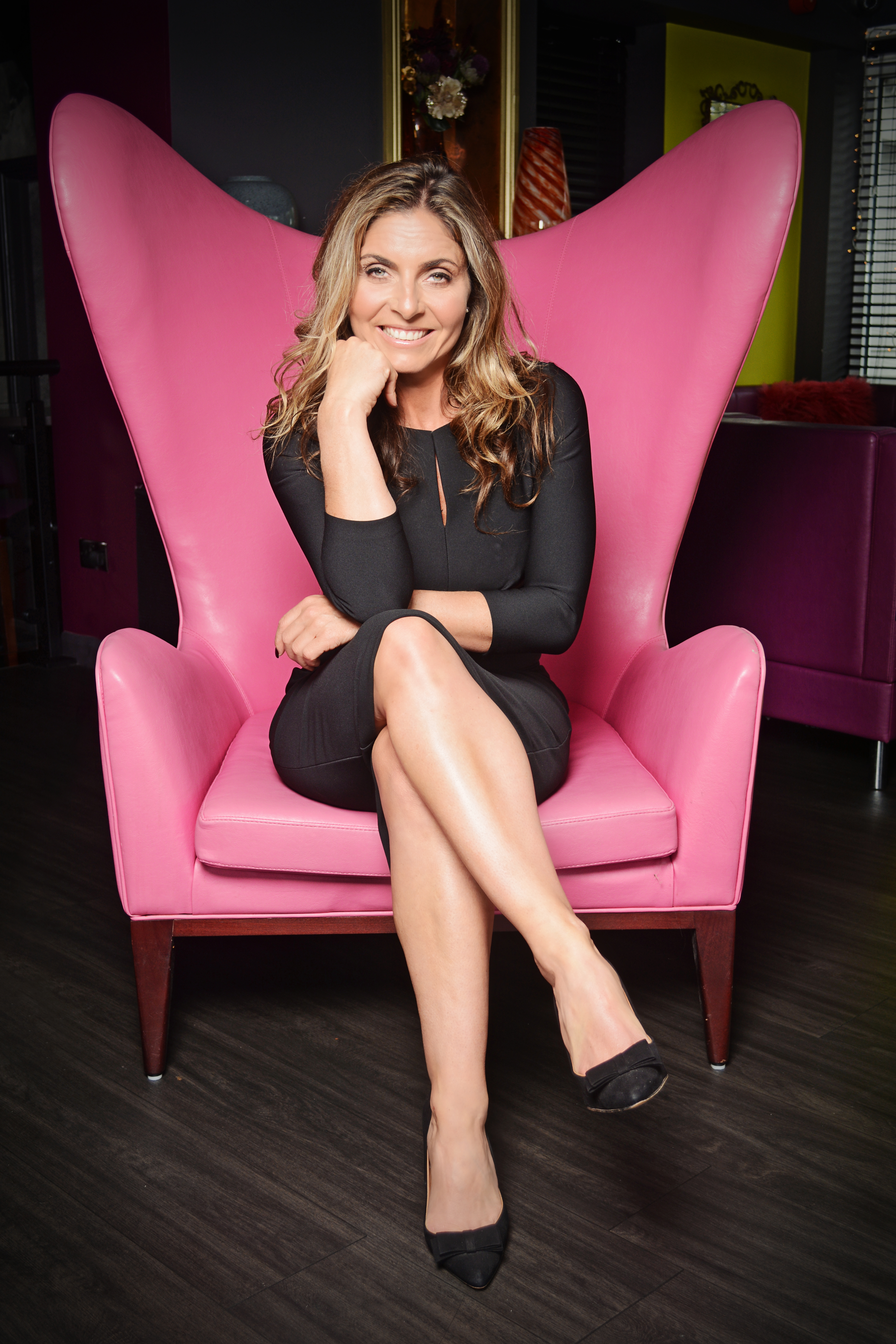 Emma-Jane now runs a series of lifestyle businesses including four performing arts schools and an online space called Breaking the Silence, to support other victims.

She has also written a book detailing her journey in a bid to help other survivors, called Don't Hold Back.

“If you’re looking at a friend and notice that yesterday they were fine but today they’re very depressed, low, and violent, then check in on that person. They probably need you," she warns.

“We’re not born like that, we’re born beautiful souls and something happens along the way.”

While Emma-Jane says her horror experience has impacted her relationships over the years, as she struggles to truly trust people, she has been in a happy relationship with someone now for two years.

“I’m very clear why I’m doing this, I want to make a difference to support many people suffering in silence," she says. "I want to remind people they have a voice and they can use that voice, and really help themselves and close that gap of pain and hope.”

Emma-Jane's abuser, John, has since died and she is not in touch with her father.