THREE deer were able to gallop across an RAF base’s runway as two fighter jets were about to take off — sparking an investigation.

The lively wild animals were caught on camera as they dashed between the taxiing Typhoons, which only narrowly missed them. 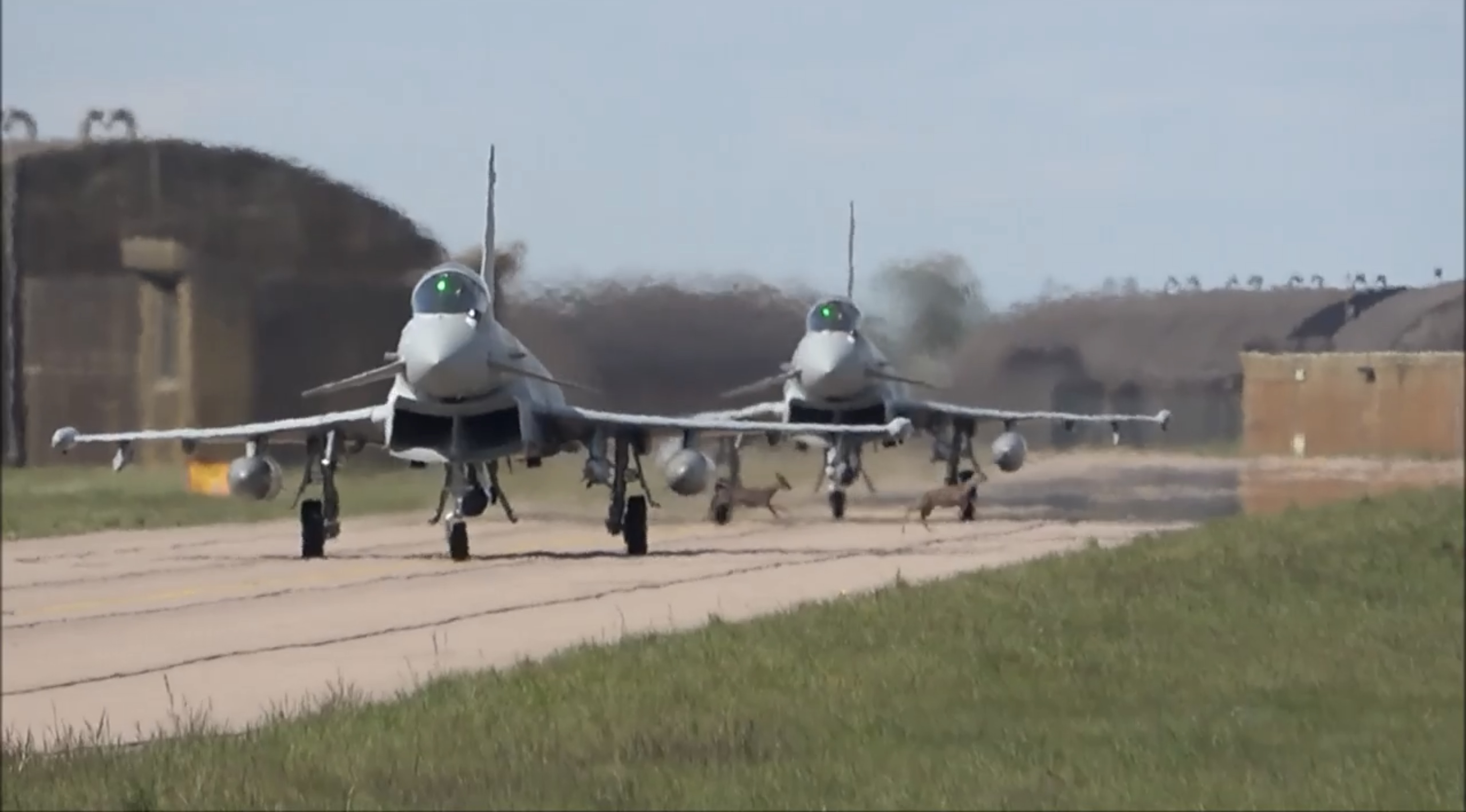 The £80million aircraft are part of the quick reaction alert team used to respond to hijackings, terror incidents and airspace incursions by Russian bombers.

Top brass at RAF Coningsby in Lincolnshire have now launched an inquiry into how the wild creatures were able to get through the perimeter fence amid fears it had been left vulnerable. Coningsby is one of the country’s highest security RAF bases because of its role in rapid response.

Witness James Feneley, who caught the dramatic scene on camera, said: “I was quite shocked to see the three roe deer.

“They must have got through a fence somehow just as the Typhoons were starting to taxi out to take off.

“I was in the right place at the right time. I bet the pilot had a shock.”

James added that security staff later helped the deer off the base. 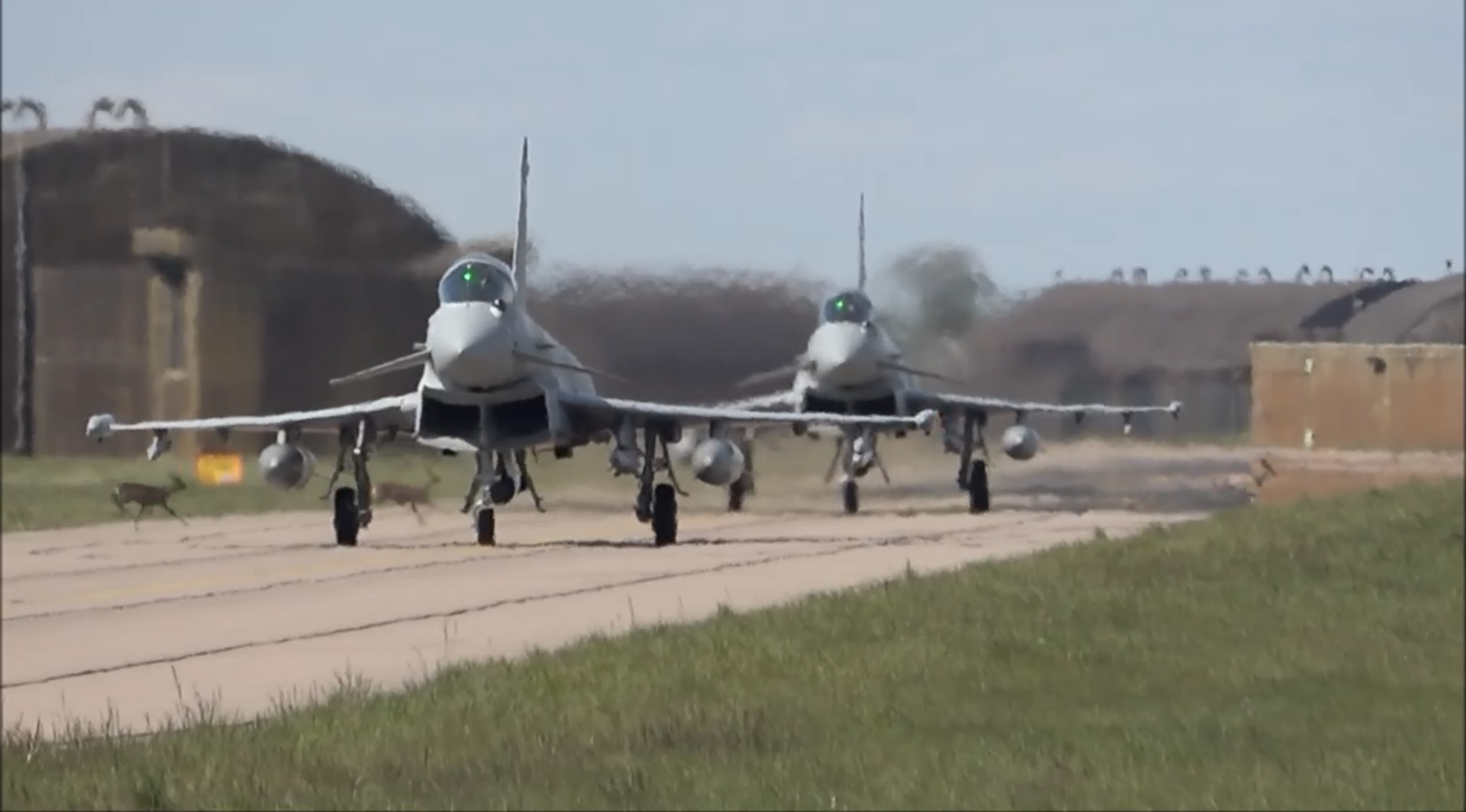 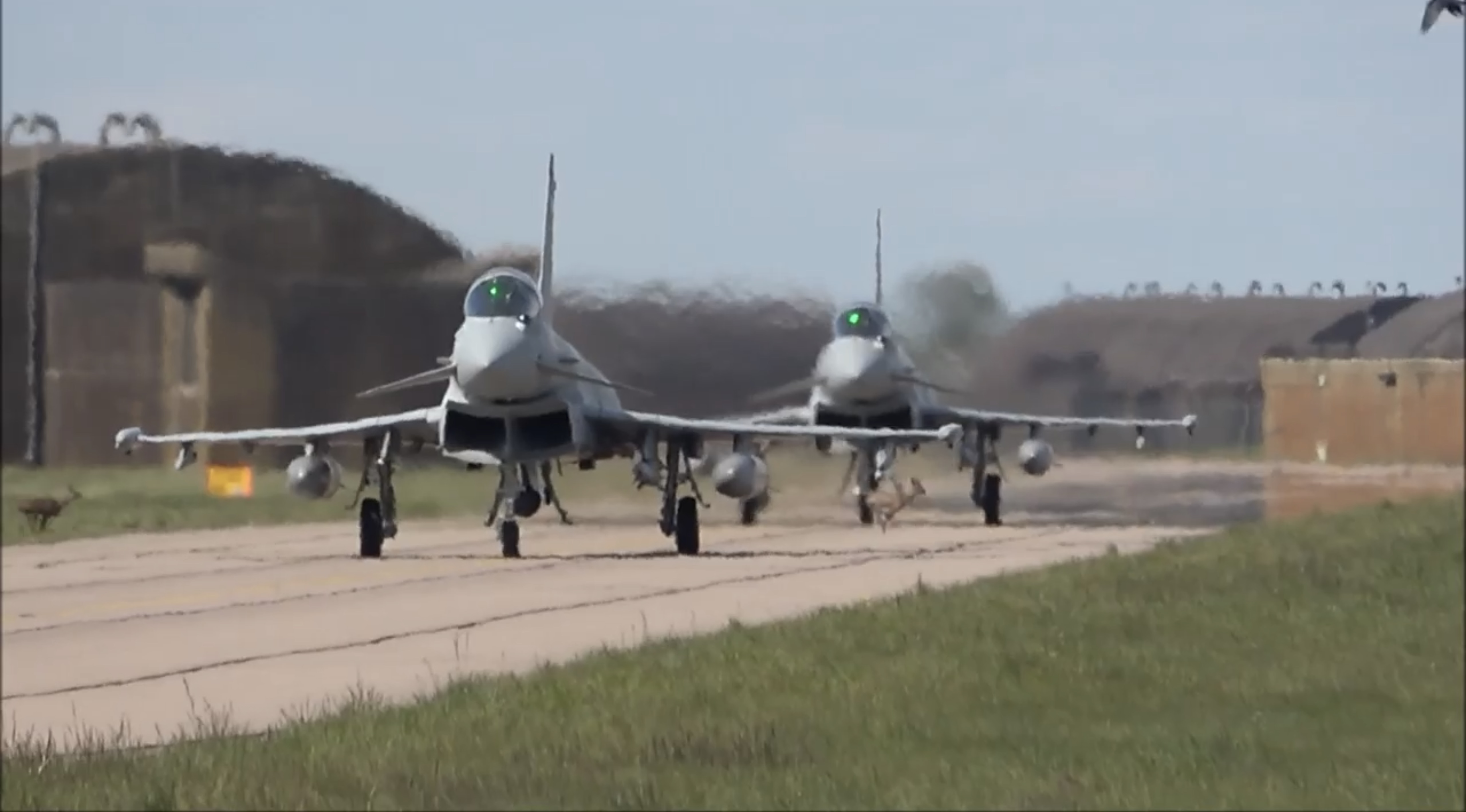 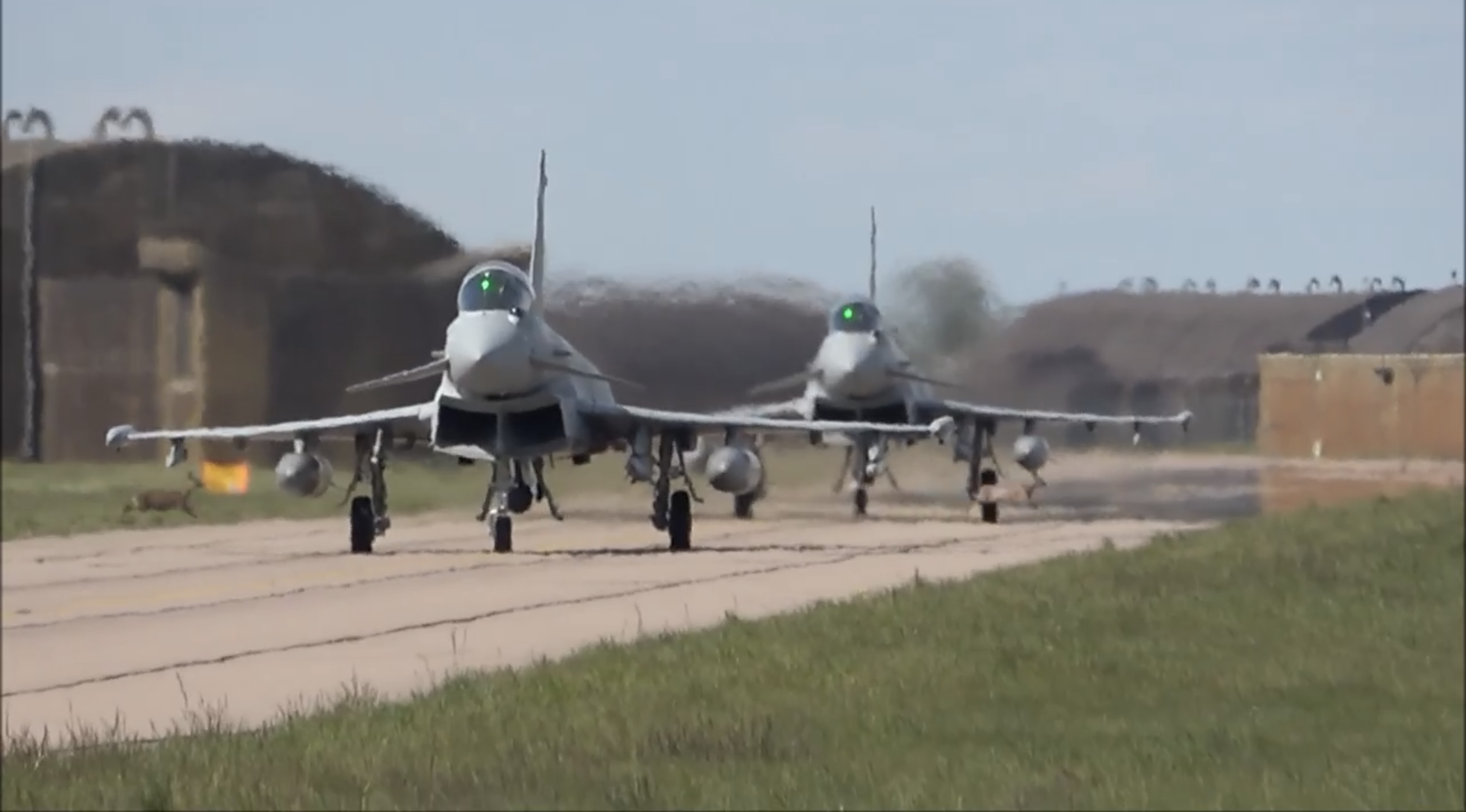 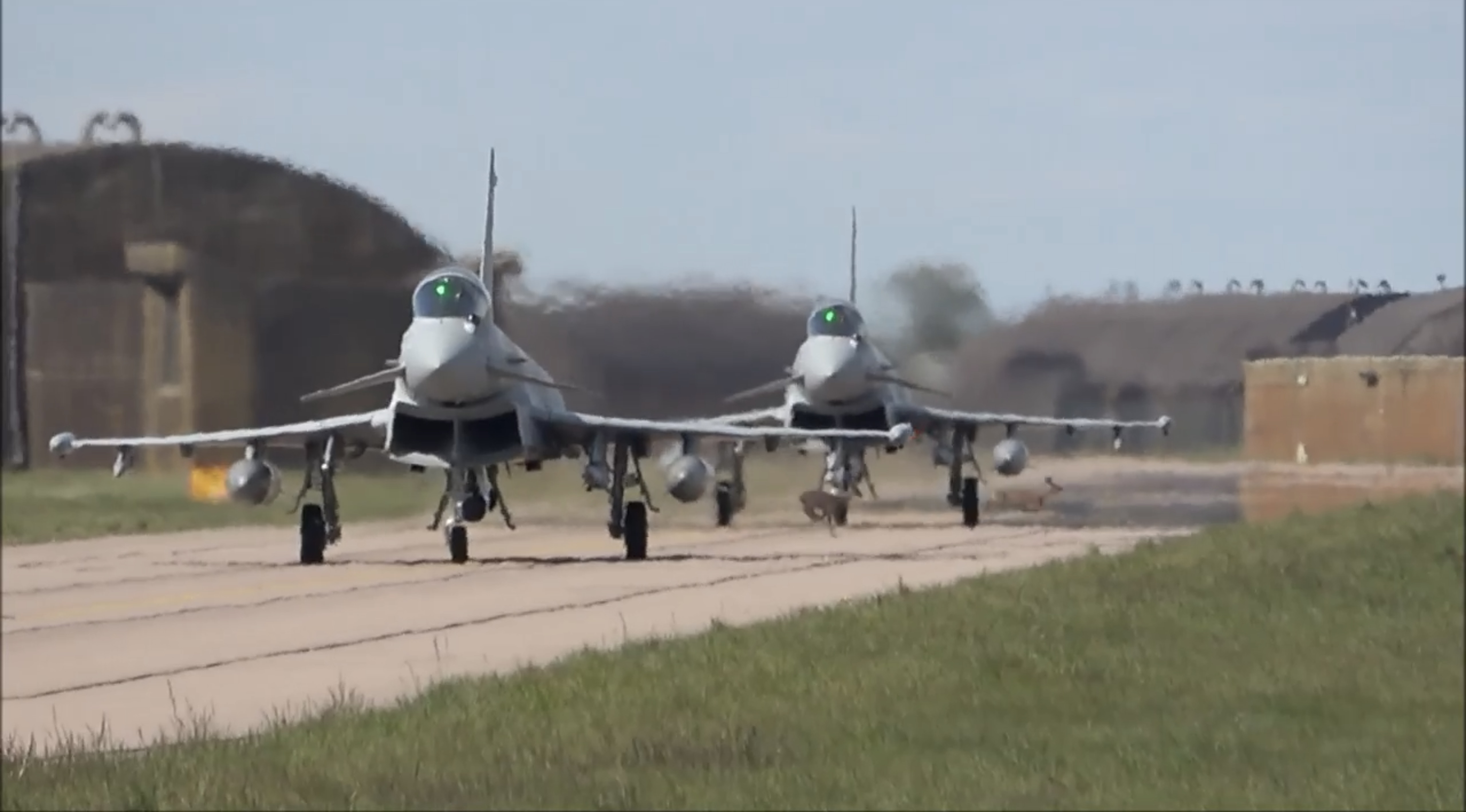 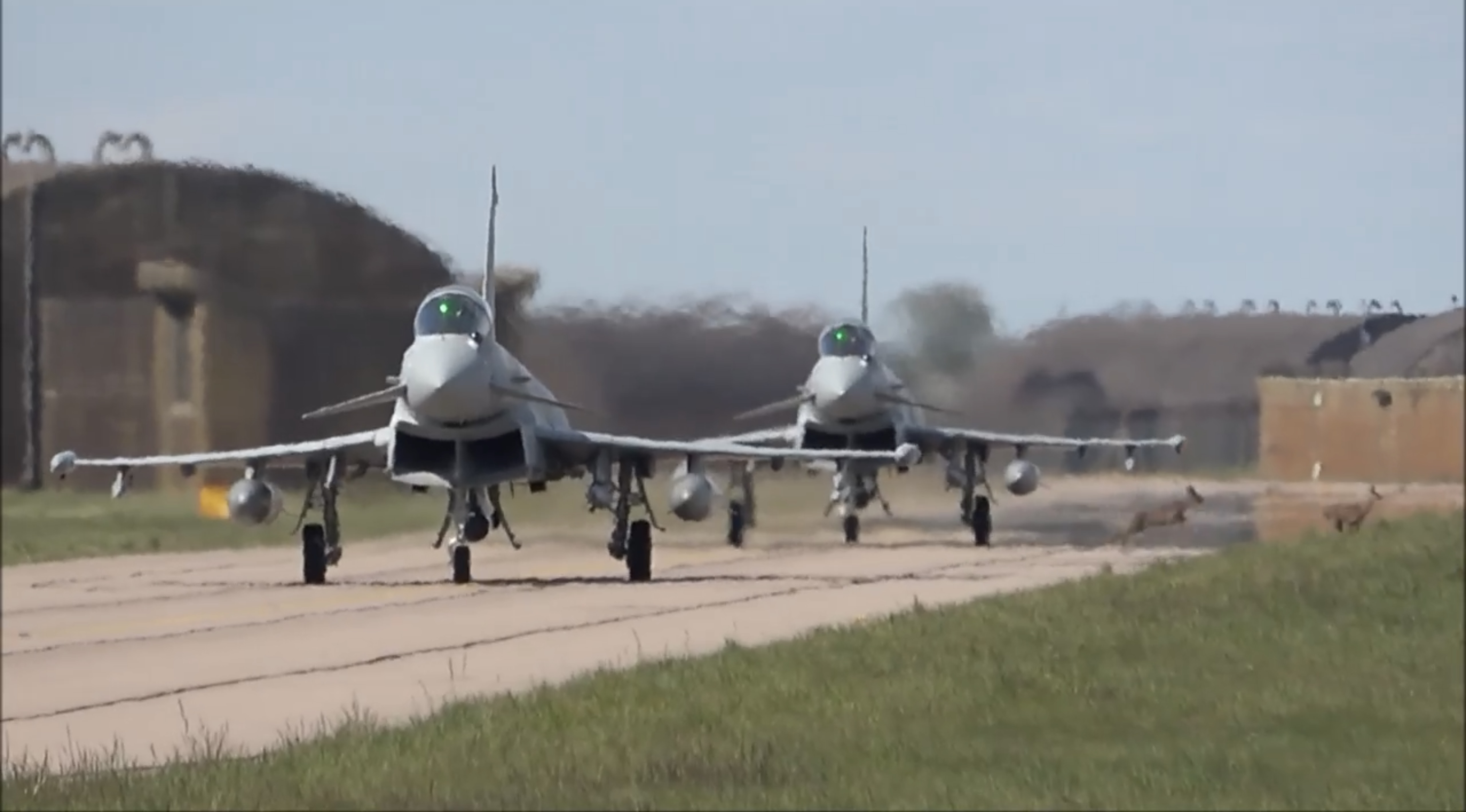