This is the incredible moment a pregnant fish starts to give birth in the hands of its captor, who immediately decided to return it to the sea.

A fishing guide caught the large barred surfperch and was trying to take a photograph when the fish went into labour.

The footage was taken on a beach in southern California, an area that the fish is native to.

The man and some friends had been fishing on the beach, when they ended up catching the fairly large barred perch.

Due to its impressive size they began to take a photo of it, although it’s unclear whether they planned to return it to the sea after this.

But all of a sudden the fish started to give birth to babies in the man’s hand. 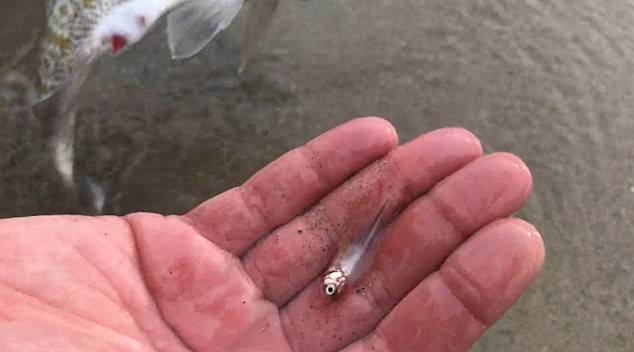 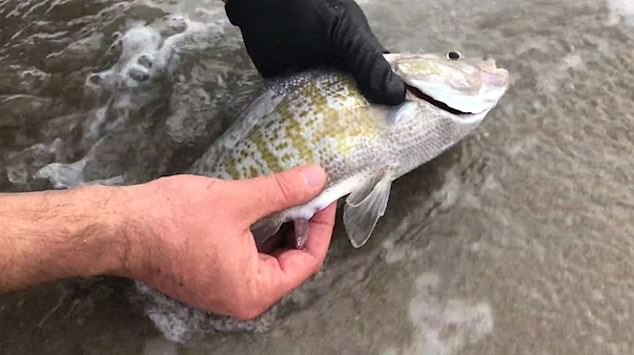 Stunned by the situation he found himself in, he decided to do the right thing and return the fish to the water after helping the fish deliver three young fingerlings.

‘I’m a fishing guide and I recently caught a barred surf perch on a Southern California beach,’ said the man.

‘We were just about to photograph it as it was pretty big when she started to give birth to live young fish in my hand.’ 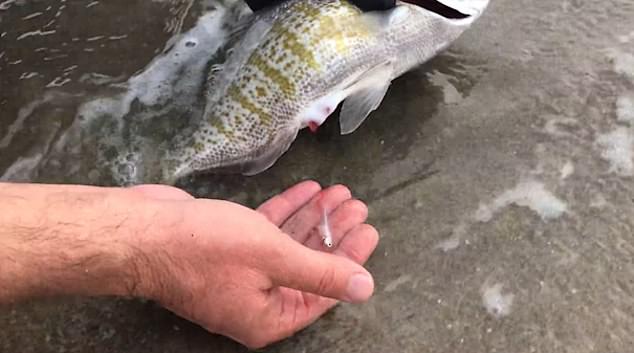 Feeling guilty about having picked the fish out of the sea, he helps the mother give birth to three fingerlings 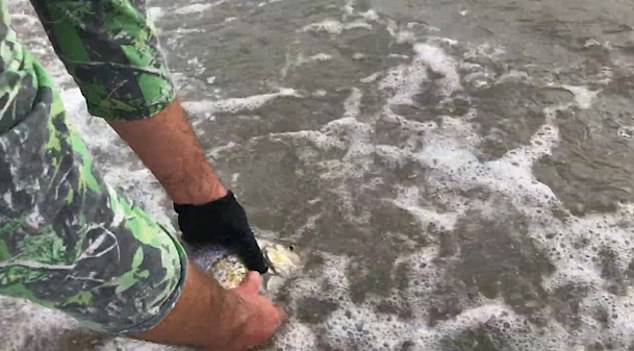 The man then made the kind decision to release the fish in the tide, but only after it accidentally swam back into shore for a few quick seconds.

‘We immediately returned the fish. All the babies were carefully returned to the water and she swam off strongly.’

The Barred surfperch is a species of surfperch native to inshore waters along the Californian and Mexican coast of America.

The barred variety of the fish, who dine predominantly on sand crabs, can be identified by bars and spots on the sides which are often unbarred, as well as the absence of red tail.