Can someone help me please? Sun bear is rescued after waving for assistance when it got caught in a snare (but has to lose its paw)

A wild sun bear saved her own life after flagging down passing animal workers after she got caught in a snare.

Indonesian rescuers found the female bear on the island of Borneo after she became caught in a trap protecting an illegal rubber plantation.

While charity workers were able to get the bear out of the trap, her paw was so badly damaged that it had to be amputated. 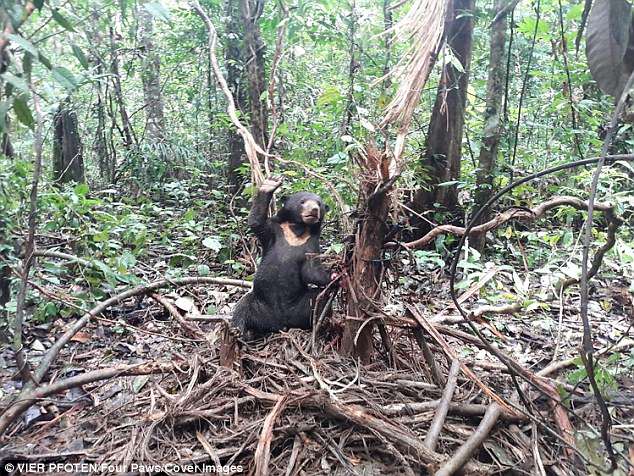 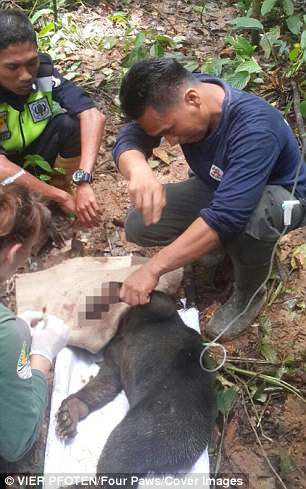 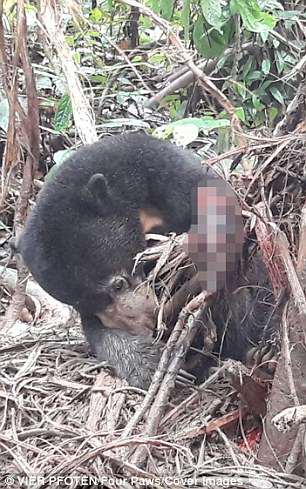 The bear had become trapped in a snare surrounding an illegal rubber plantation, and while workers were able to free her, her paw had to be amputated

Staff from the Jejak Pulang Foundation then took the injured bear to a rescue centre run by their partner organisation, Four Paws, to recover.

The bear, who workers named Belia, was kept in an outdoor enclosure for eight days while she recovered from her operation.

After her arm had fully healed, she was released back into the wild at the spot where she was discovered.

‘Her age was estimated to be only two-years-old so her future looked bright,’ Claire LaFrance, communications director for Four Paws, told The Dodo.

‘After adapting to her handicap of losing one paw, she could finally be released in the same spot where we first found her. What a moment.’ 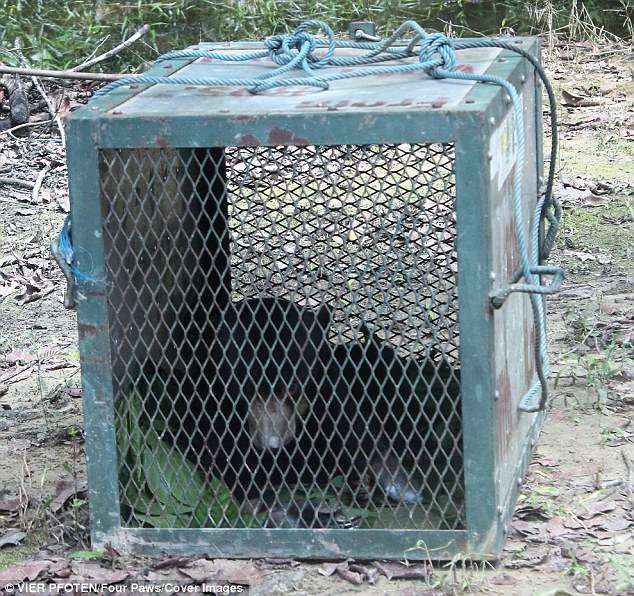 Workers named the two-year-old female Belia, and took her from the jungle to a rescue centre where she recovered from her ordeal 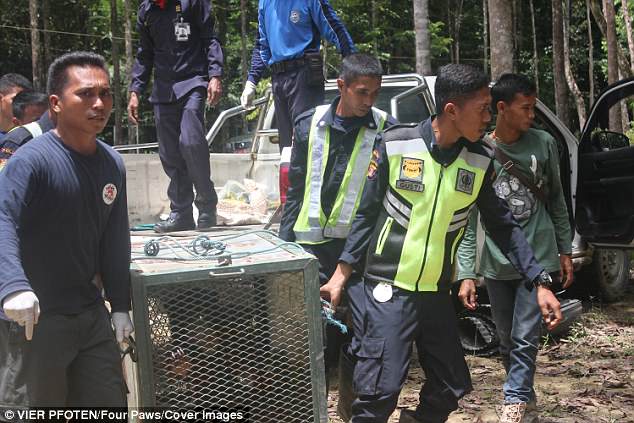 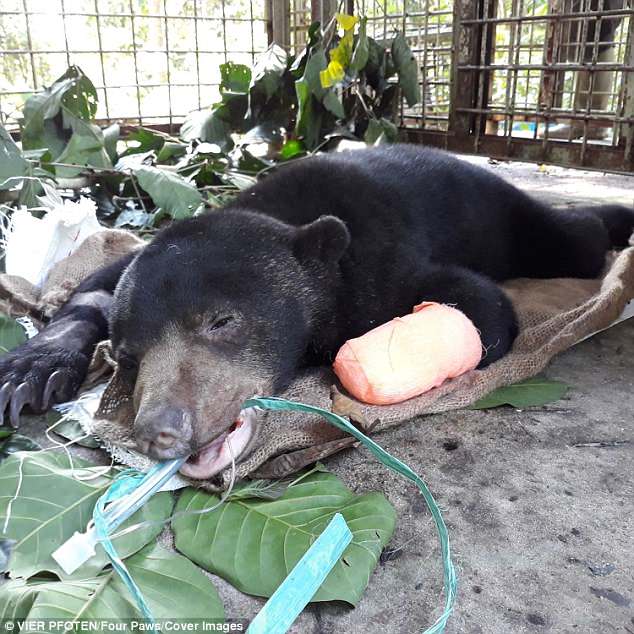 After eight days spent recovering from her operation, Belia was released back into the wild at the spot where workers found her