TAKE A look inside this creepy 1950s abandoned farmhouse that lies frozen in time and hasn't been decorated in nearly 70 years.

Clothes are laid out on beds and curtains hang in tatters at windows after the eerie house in North Herefordshire was left empty and untouched for almost two decades after the owners died. 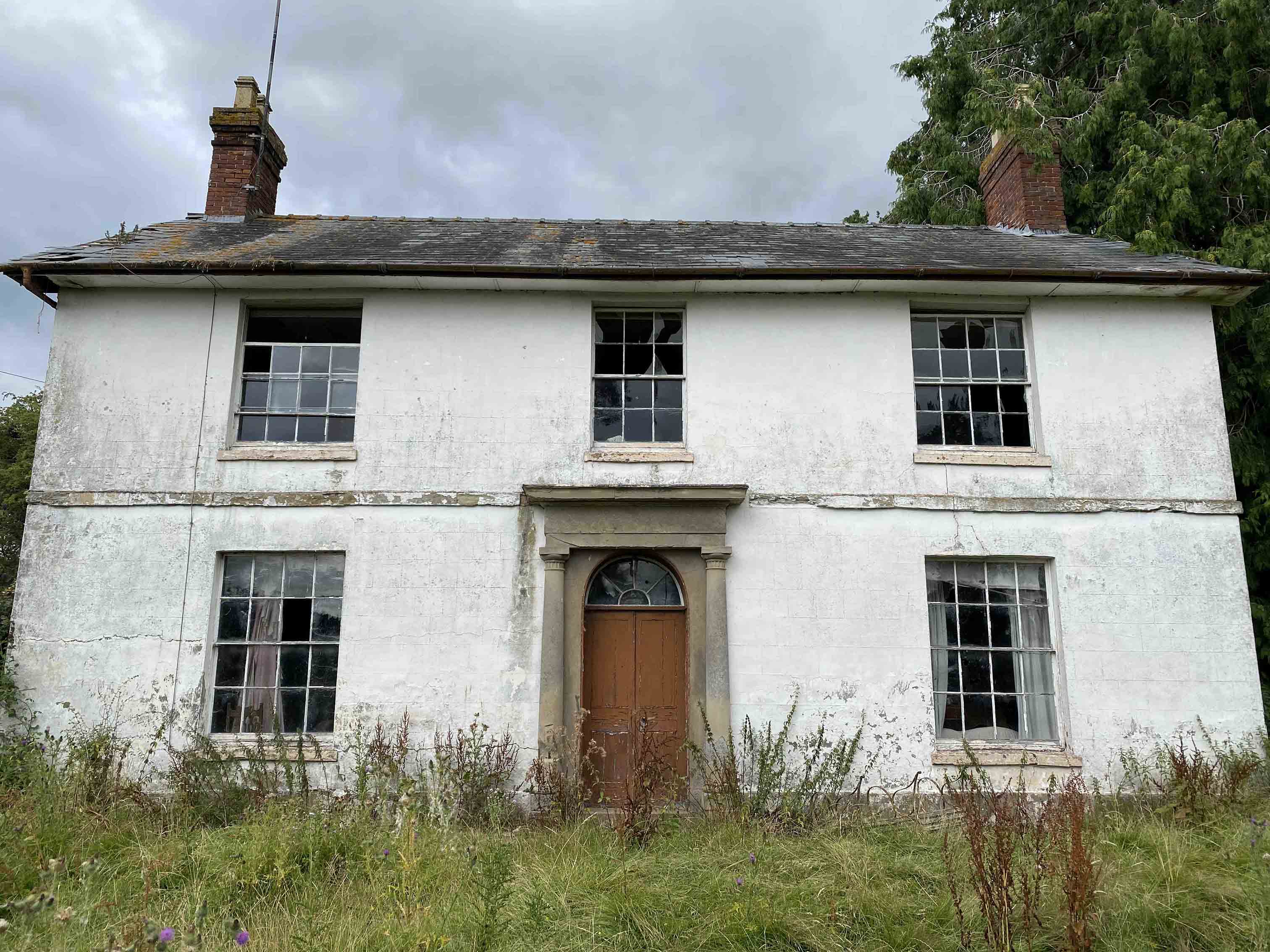 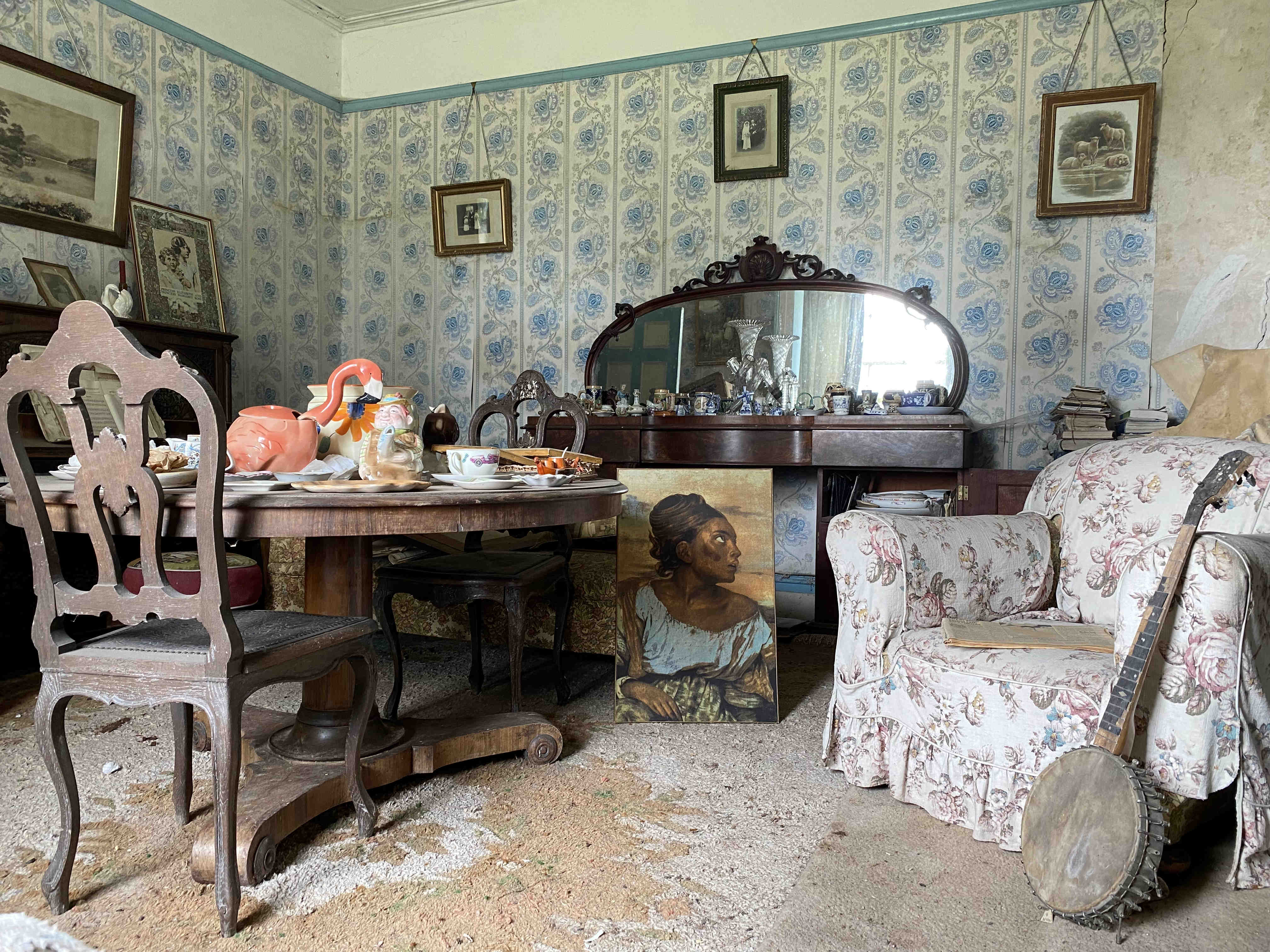 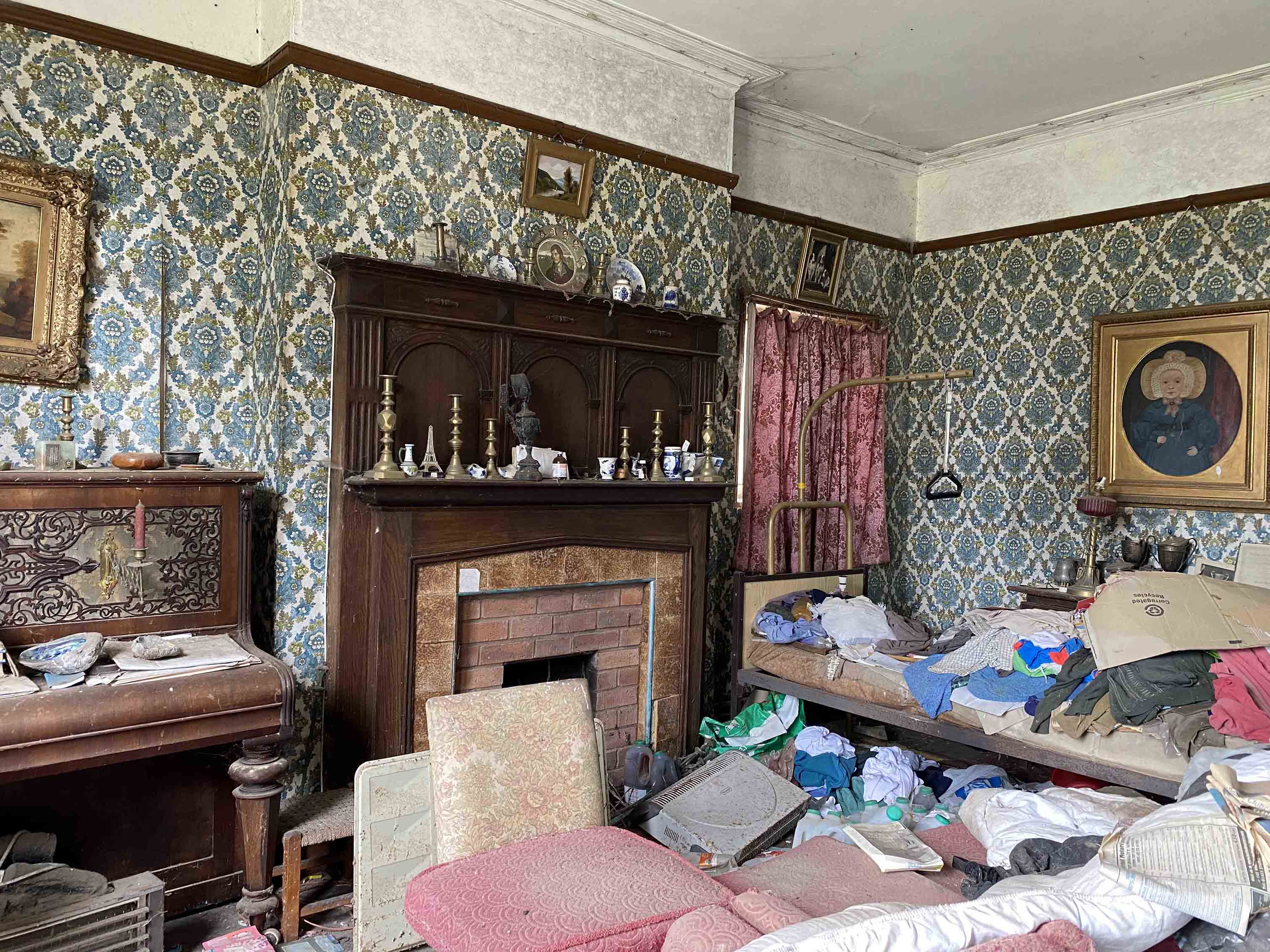 In each room, the beds are made up – as if someone will come back any minute and slip into them for a nap.

One bedroom floor has collapsed completely, with the bed tipping down onto the floor below as decay takes hold of the clearly once cosy building.

But in a hint of what may have happened at the rural property, pig skins have been left hanging from hooks in an eerie outhouse overtaken by damp and cobwebs.

The former owner of the farm was convicted of animal cruelty five years ago after he pleaded guilty to nine offences.

During a visit to the farm in North Herefordshire in 2016, a number of lambs and ewes were found without water, along with sick sheep that had not received medical treatment and a large number of dead sheep.

Officers made the decision to seize 218 sheep due to the likelihood of further suffering after the farmer admitted he was no longer capable of caring for them.

It is understood that the farmer’s parents lived in the time warp house but they died in 2002 and their son hasn’t stepped a foot in the home since.

It hadn’t been updated or decorated for at least 50 years before that.

It now lies crumbling, with the tragic relics of a farming life lying around for urban explorers to witness.

Chintzy wallpaper adorns the walls with many areas peeling off.

A hoist is attached to one bed to help the elderly get in and out of bed.

And the owners were clearly very keen on Heinz soup – as there are still opened tins on a draining board.

Water damage at the property is severe – with floors sagging as their joists rot.

One internal wall has a fern growing out of it with water clearly having poured in from the roof above.

A clock on the wall nearby has ominously stopped at 10.45am on a day many years ago. 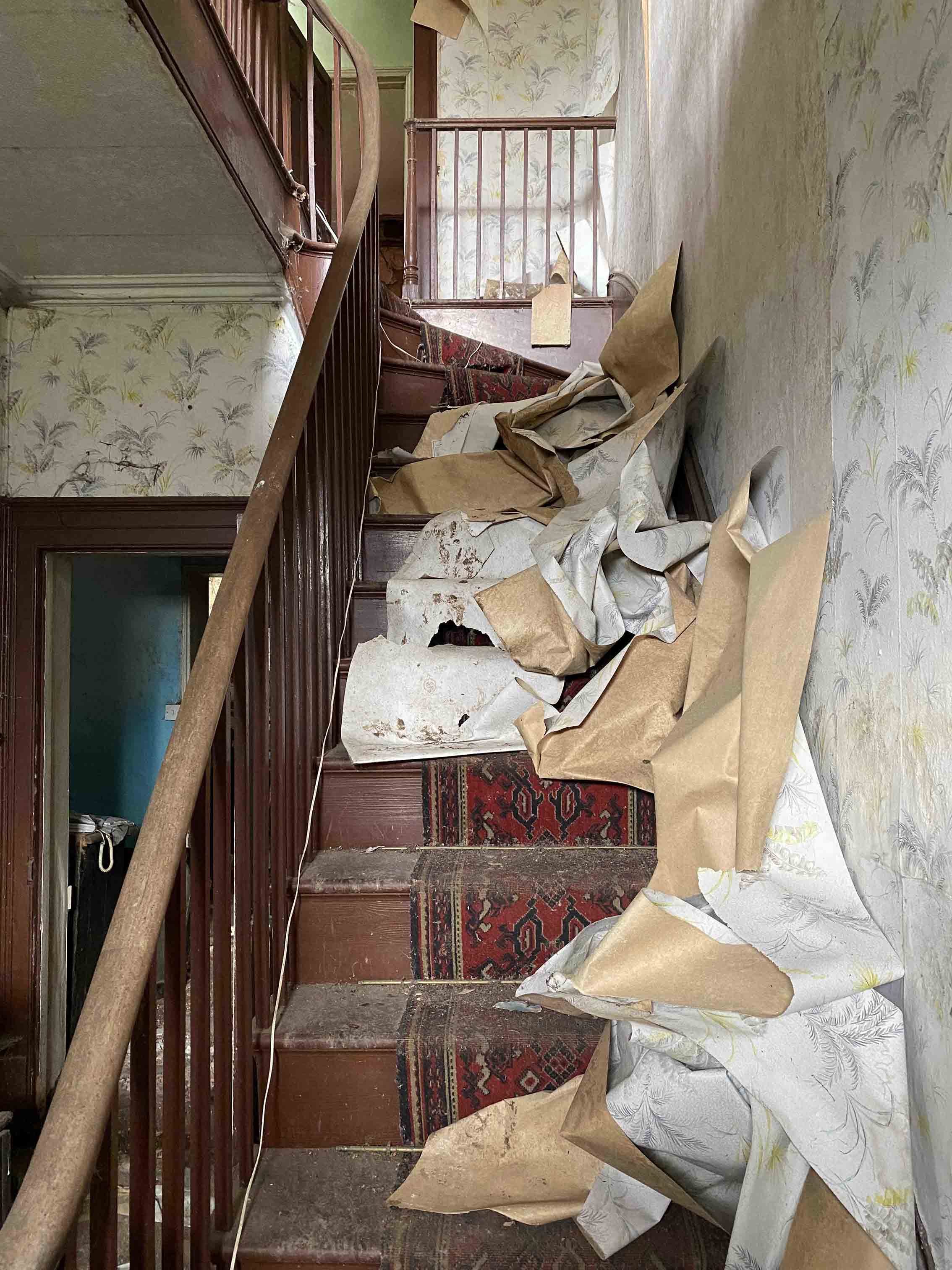 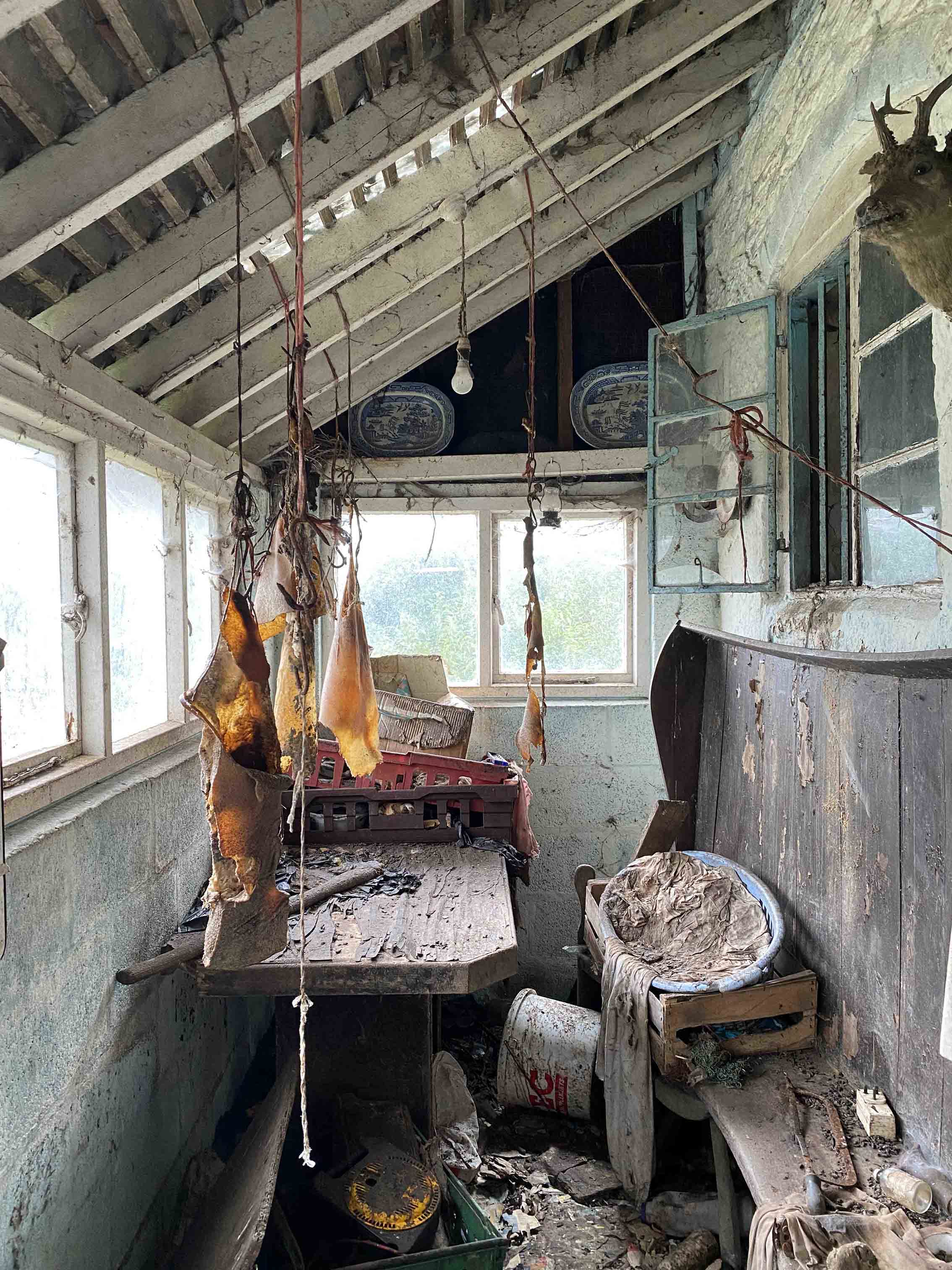 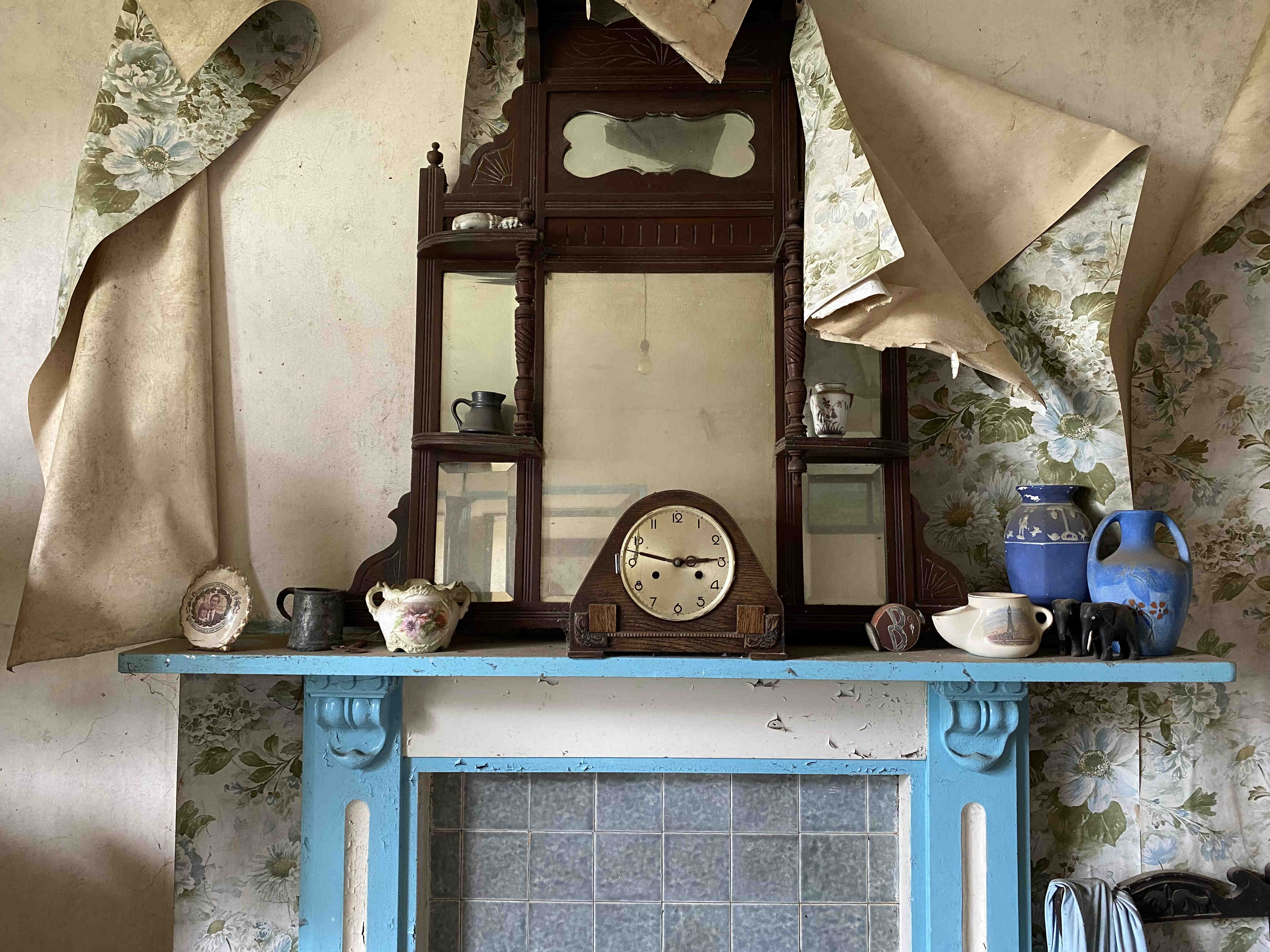 In the main bedroom, a classic metal framed bedstead even has a pink hat left hanging on one corner while family photos are scattered across the floor.

A musty teddy sits on a dressing table, its stuffing starting to spill out.

Incredibly, a newspaper from 1997 still lies folded on a comfy chair in the living room, positioned next to a gas fire for warmth, while an instrument is also leaning up against the chair.

And in possibly the worst room of all – a bathroom – debris from the ceiling has crashed down, covering everything in dust.

Bizarrely on the farmhouse’s once attractive landing, there is a stuffed pheasant in a box next to a bottle of Moet and Chandon champagne.

A pretty aztec-style stair runner lies covered with peeling wallpaper while music is even left out on a piano ready for someone to play.

An urban explorer who visited the property said: “This was one of the most amazing homes I have ever seen.

“The relics of family life were left lying around, rotting and crumbling.

“Apparently the couple who lived there died and their son never set foot in the property again. It’s quite a sad tale.” 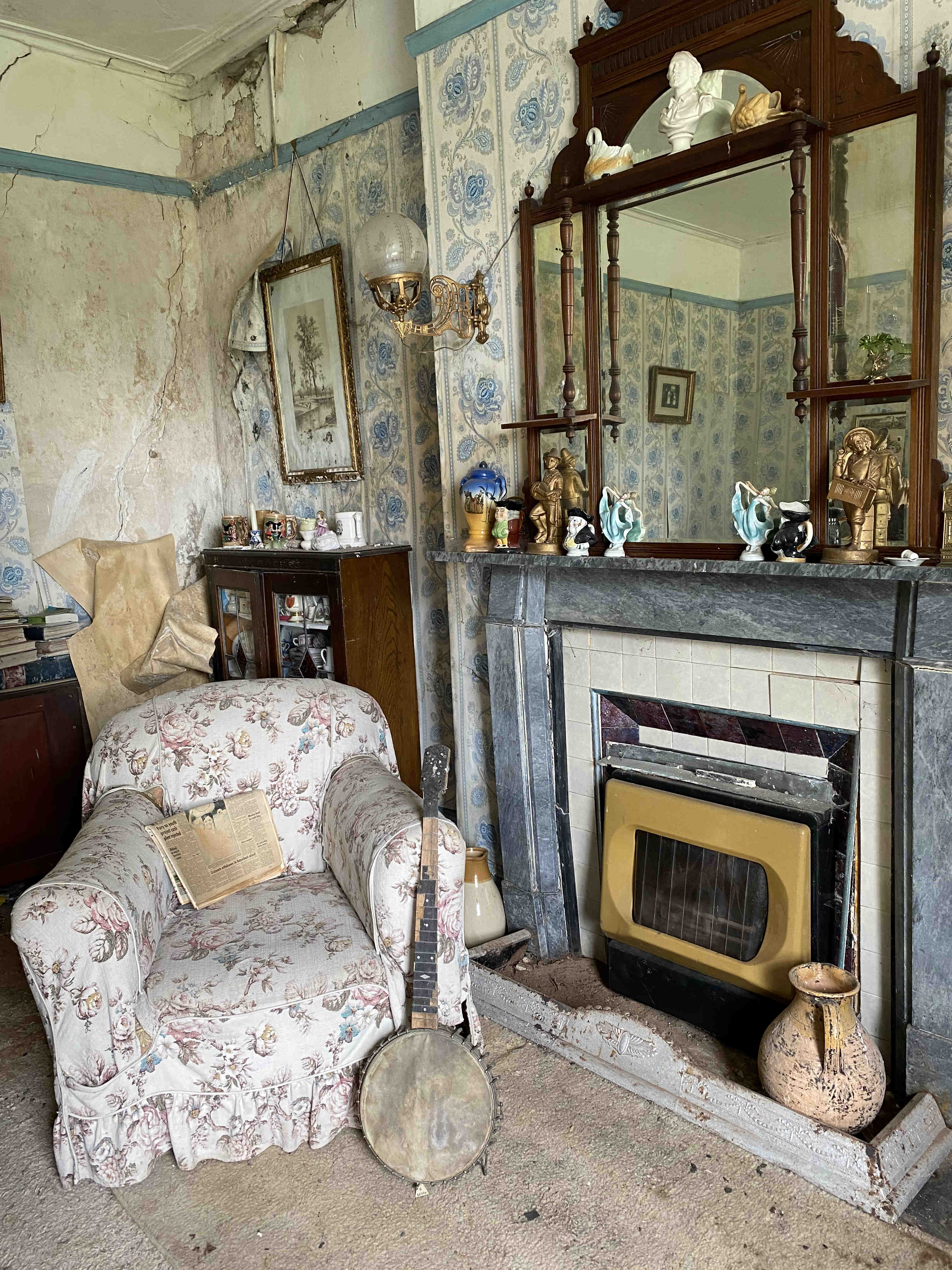 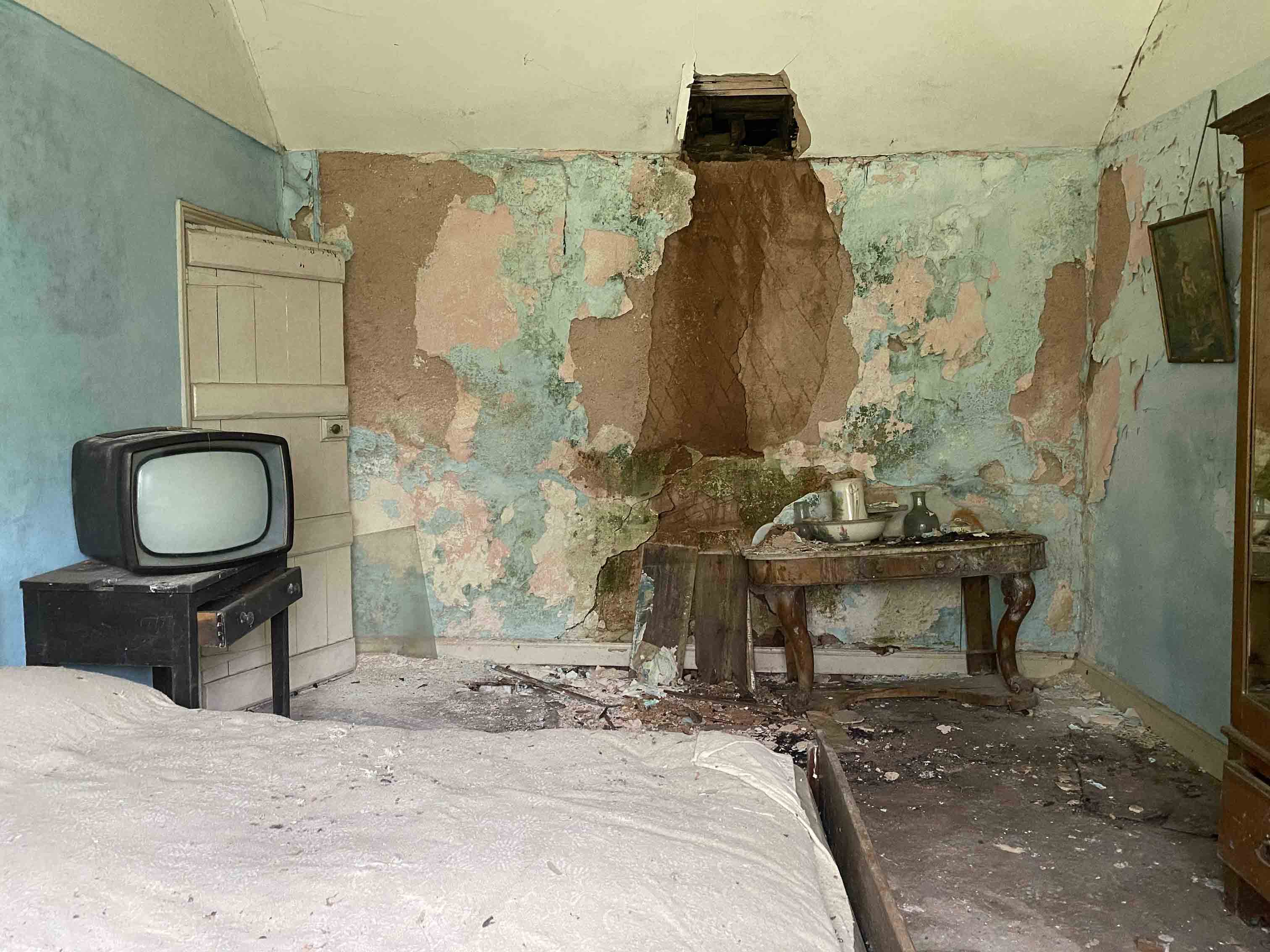 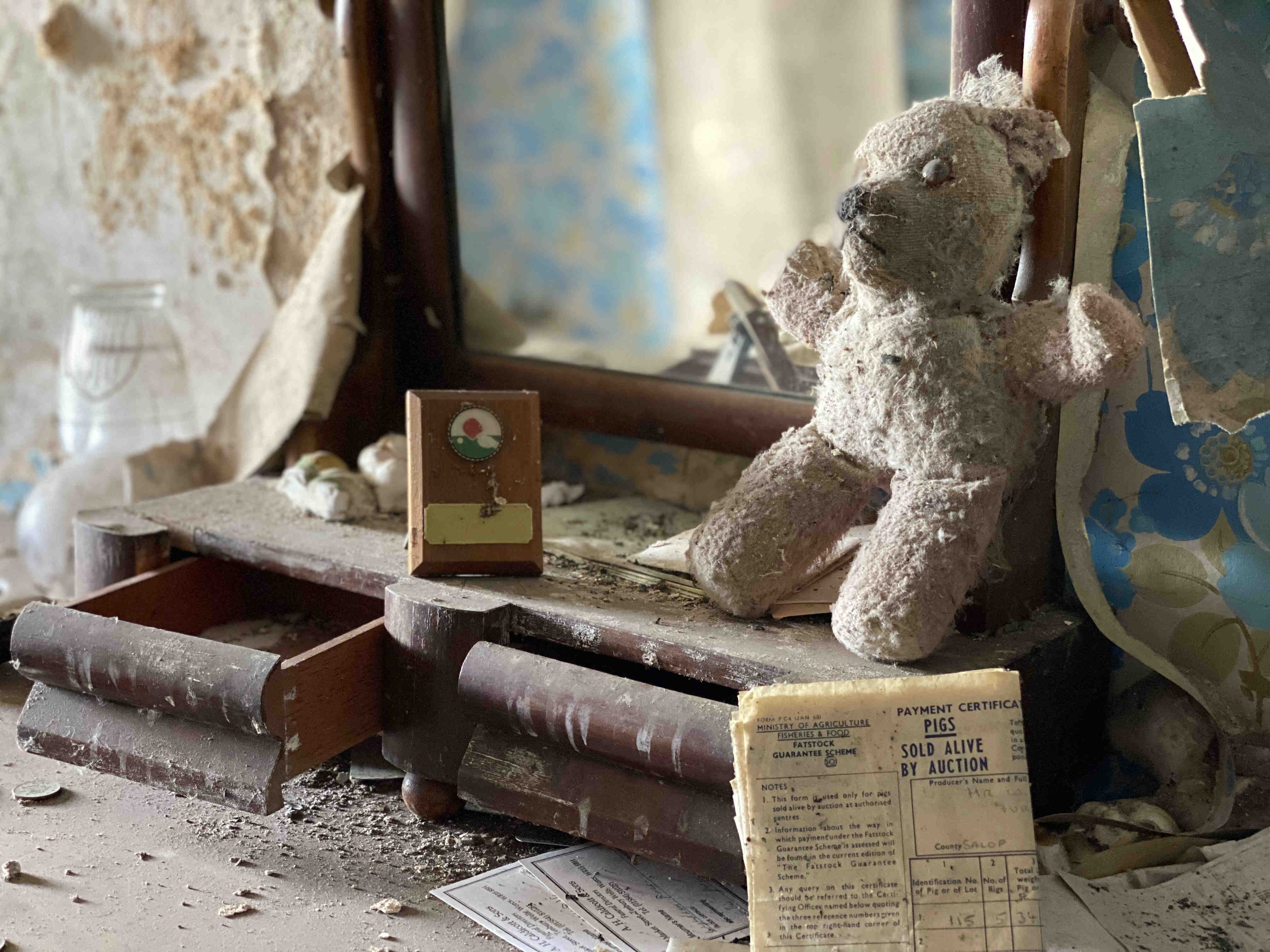