The spooky site in northern Turkey sits like a mind-bending blot on the picturesque landscape after developers failed to attract enough buyers to finish the project. 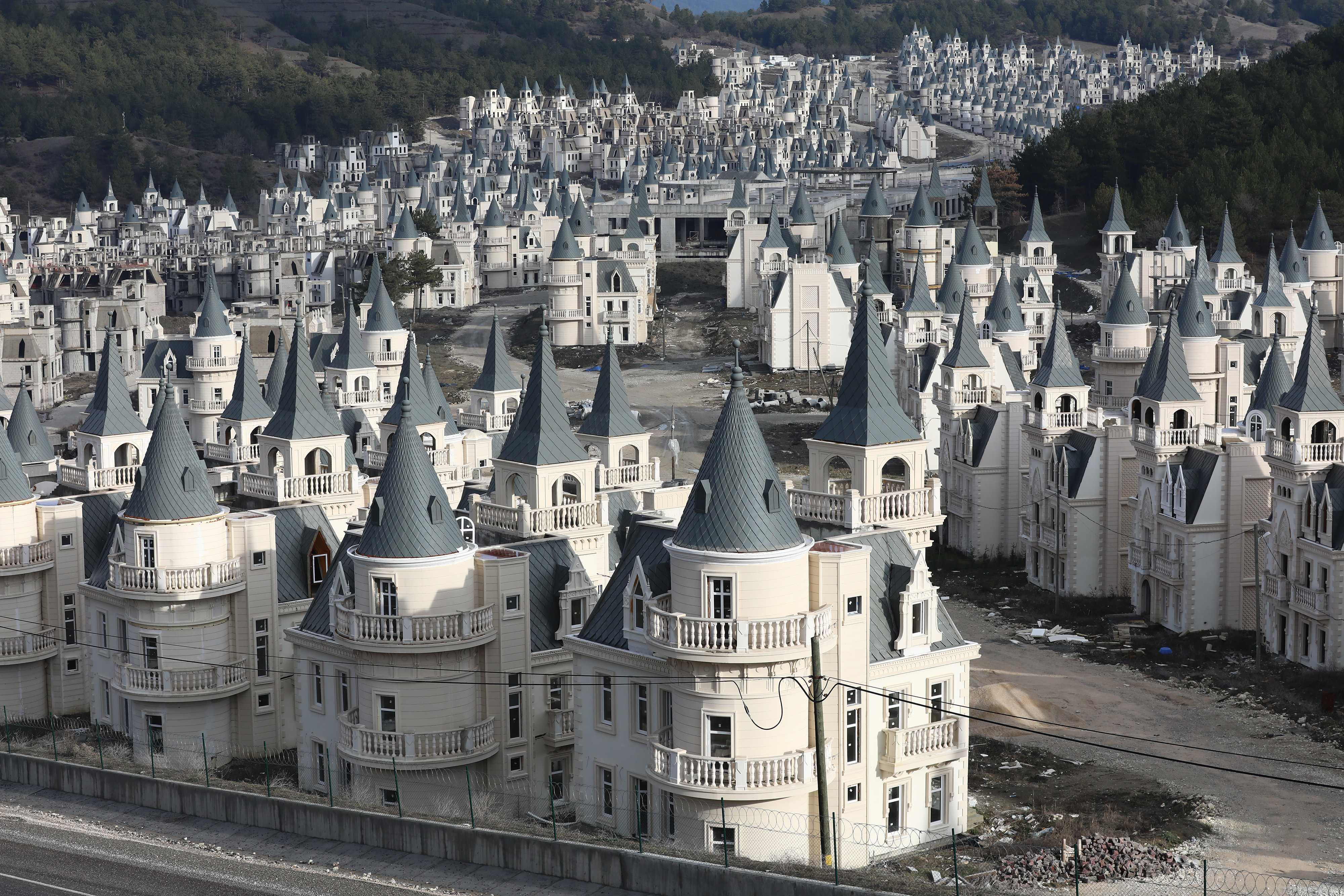 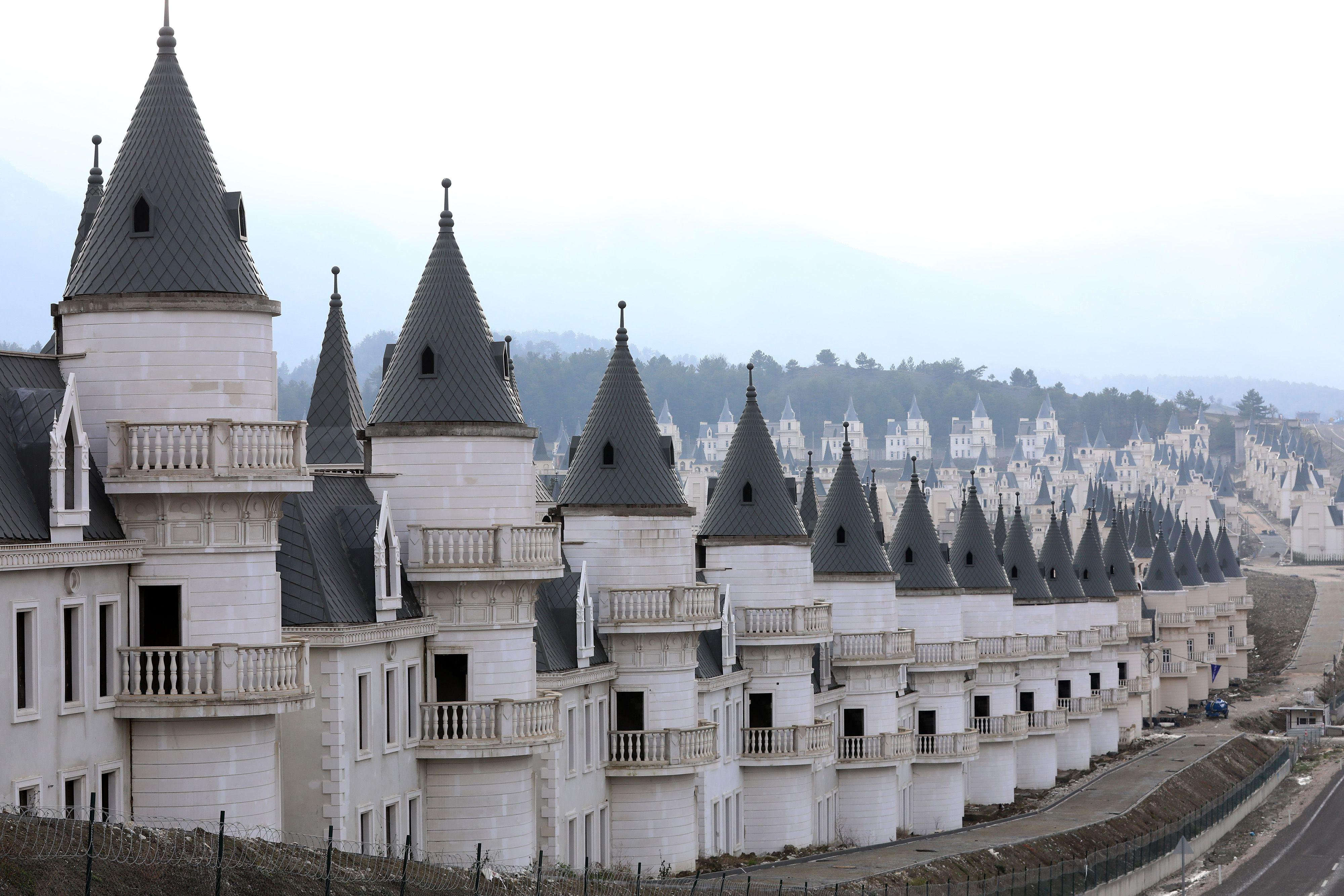 They blew £150million on building two-thirds of the planned 732 faux-gothic "villas" in an attempt to attract Arab investors who wished to enjoy the trappings of European aristocracy – without having to go to Europe.

Each of the cookie-cutter homes – which stretched across a valley in Turkey's Bolu region – was on the market for £400,000.

But developers Sarot Group struggled to keep the project afloat amid the country's economic turmoil – and were ordered to file for bankruptcy.

Their demise saw four years' worth of planning and construction go up in smoke after the Burj Al Babas project alone racked up £21million in debt.

As well as the picture-perfect gothic homes, builders had planned to install swimming pools, Turkish baths, health and beauty centers, a shopping center and a mosque.

And despite attracting their desired customers from oil-rich nations like Qatar, Bahrain, Kuwait, United Arab Emirates, and Saudi Arabia – only 350 of the homes were sold.

"We will appeal the ruling."

But he insists he only needs to sell 100 more villas to clear the project's debts and plans to finish the project later this year. 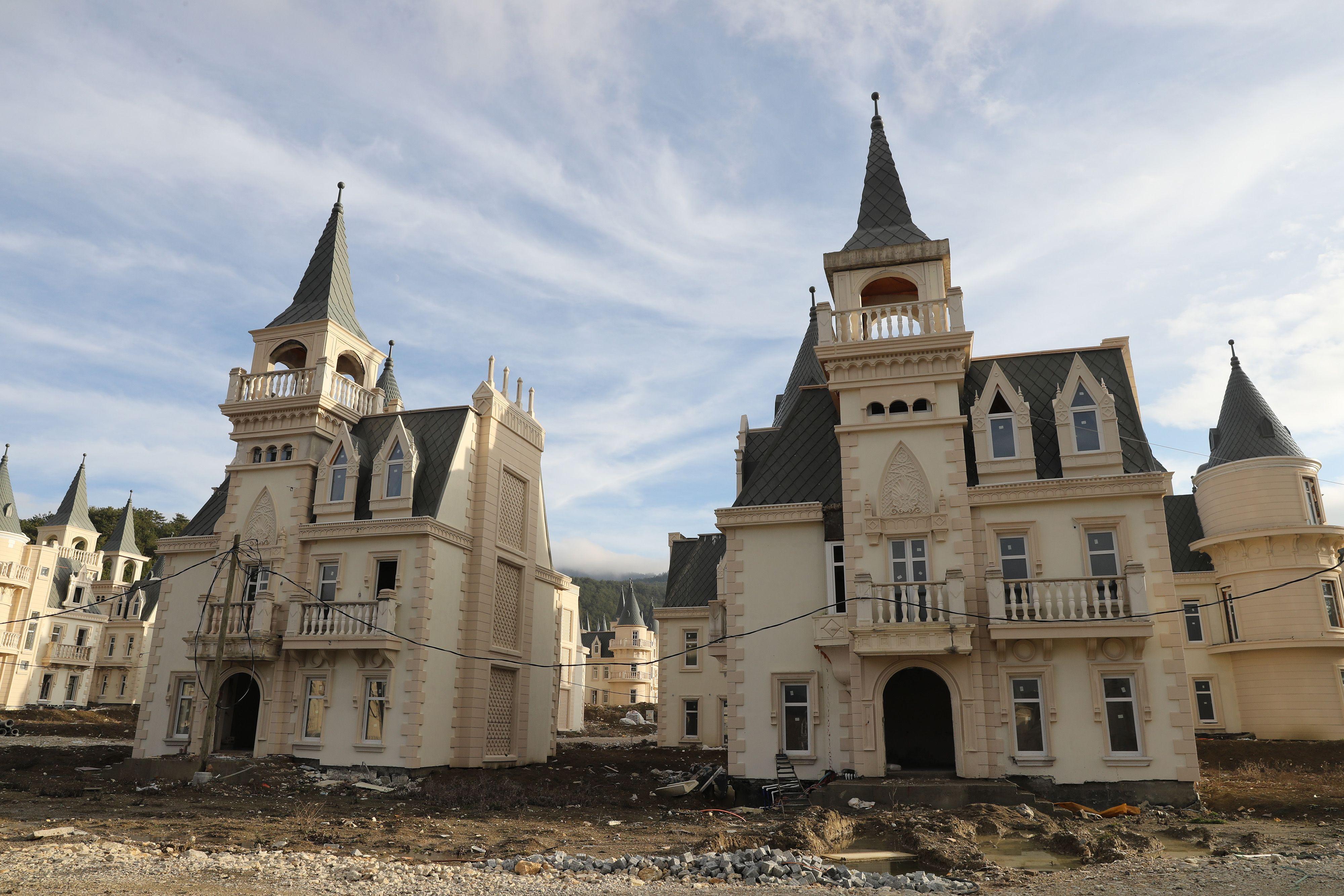 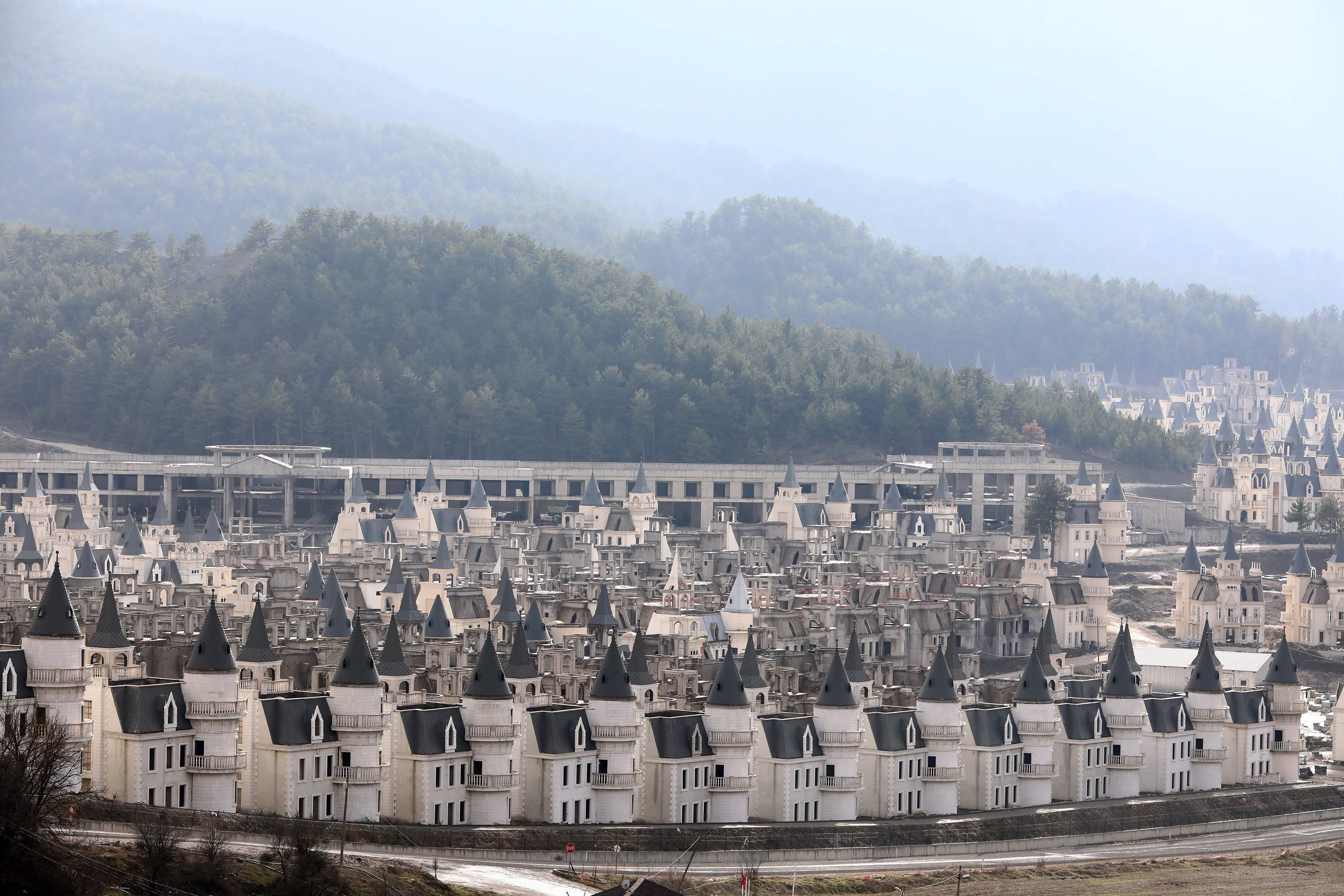 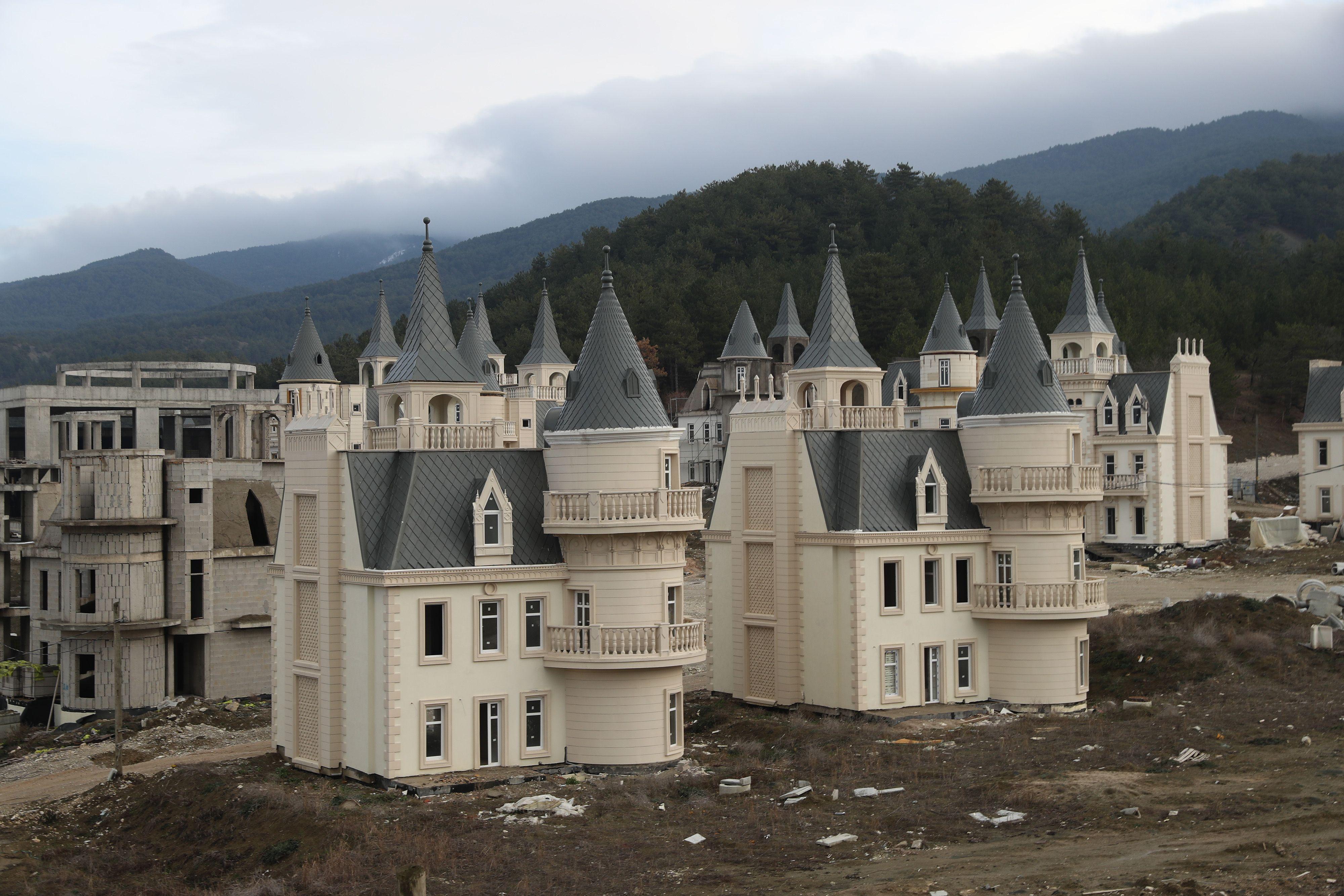 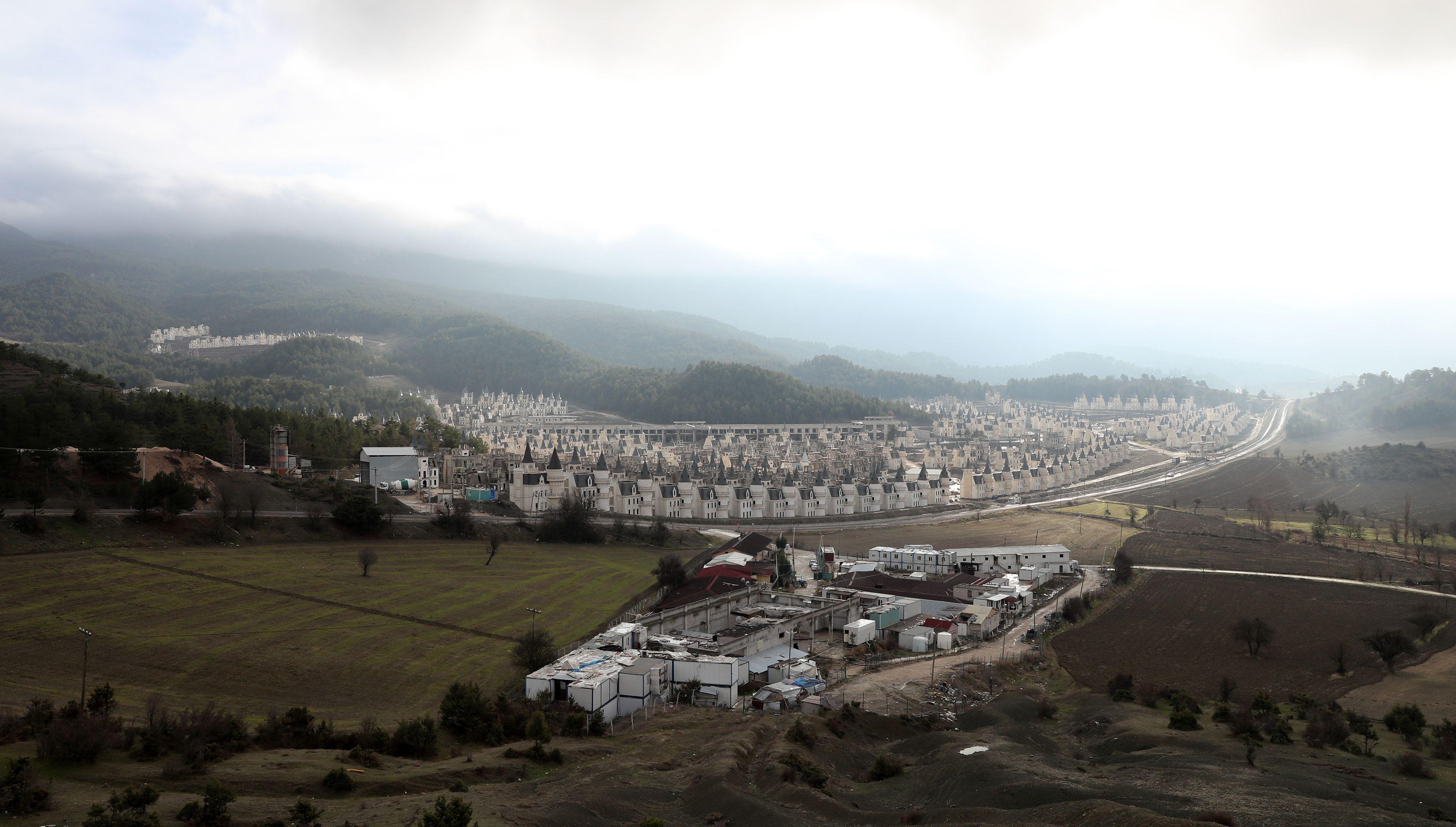 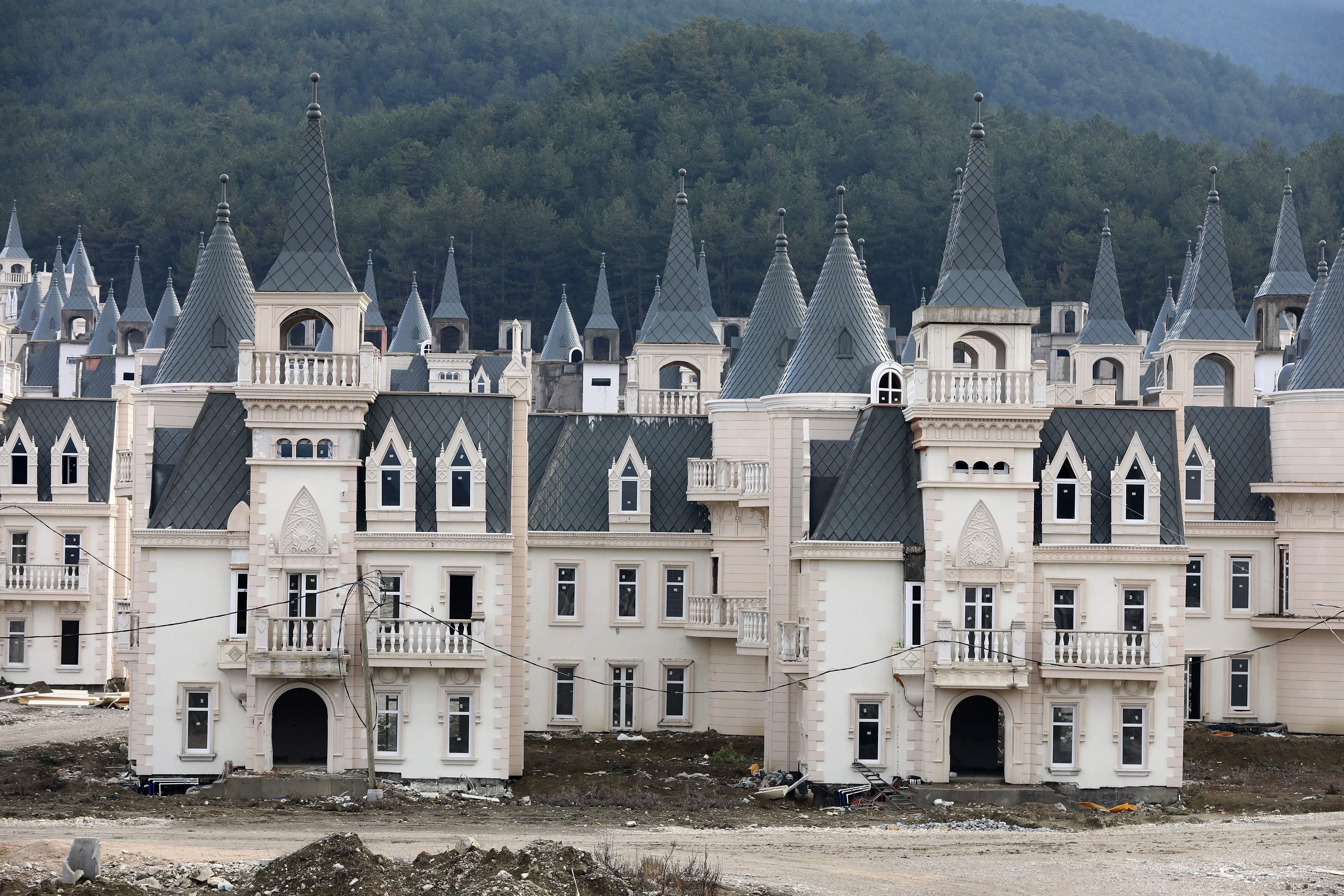 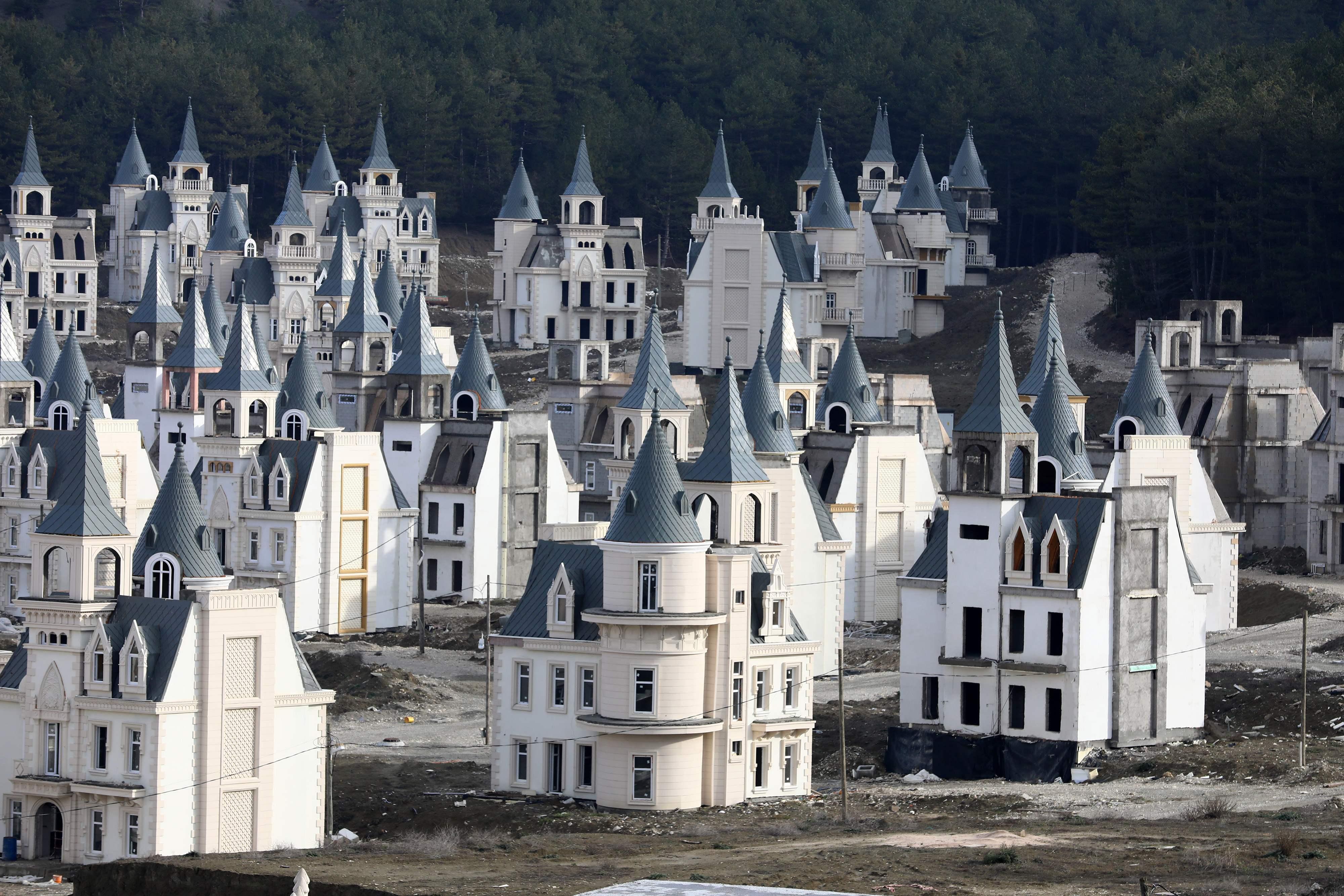 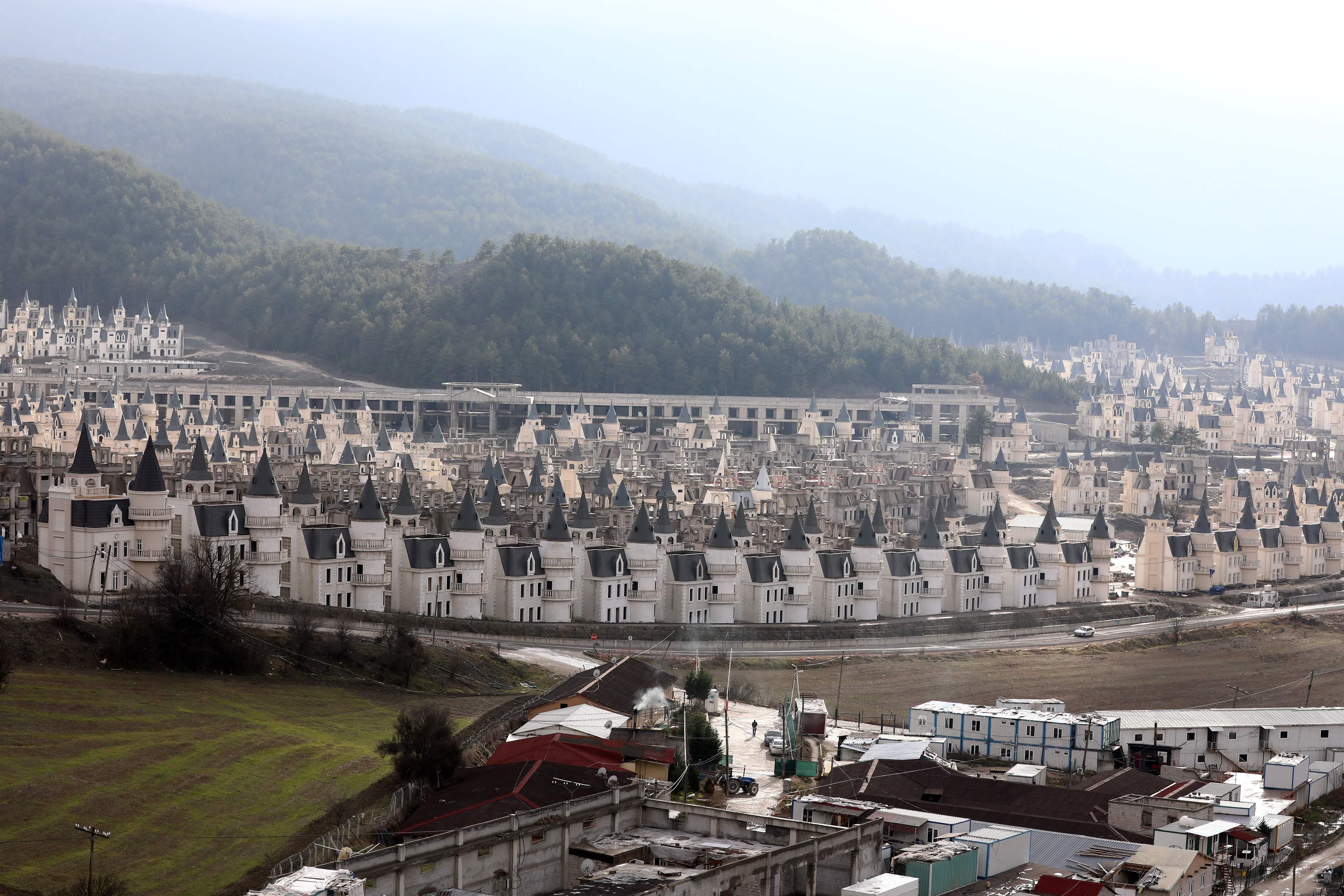 abandoned, Eerie, Inside, the, X
You may also like: