Tsukimi Ayano fashions the scarecrow-like dolls in eastern Shikoku, southern Japan as an eccentric response to the country's increasing depopulation problem by replacing her neighbours when they die. 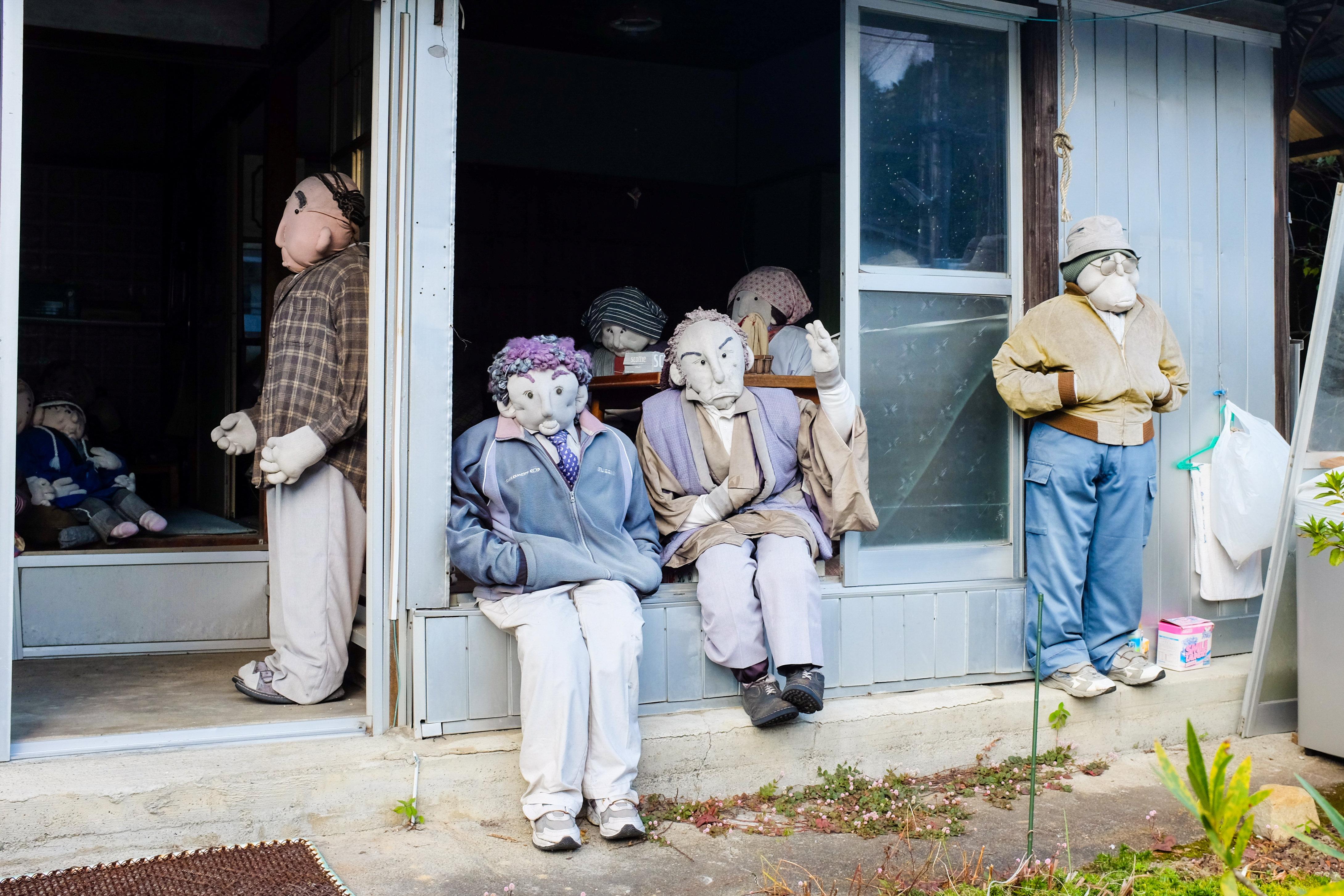 The images were captured by British photographer Trevor Mogg whilst travelling through the mountains in one of the smallest islands in eastern Shikoku, Japan.

The village Nagoro now has fewer than 40 people as the population ages and Trevor revealed he saw around 150 dolls but it is thought that there are at least 350 of them dotted about the one-street town.

The 49-year-old said: "They were everywhere I looked – at the bus stop, outside houses, inside the community centre where they were set up as if they're at an event, I saw them 'working' in the fields, in a car park.

"It definitely felt eerie when I first got there, partly because there was no one else around – the village is so small that you can walk through it in around 10 minutes. 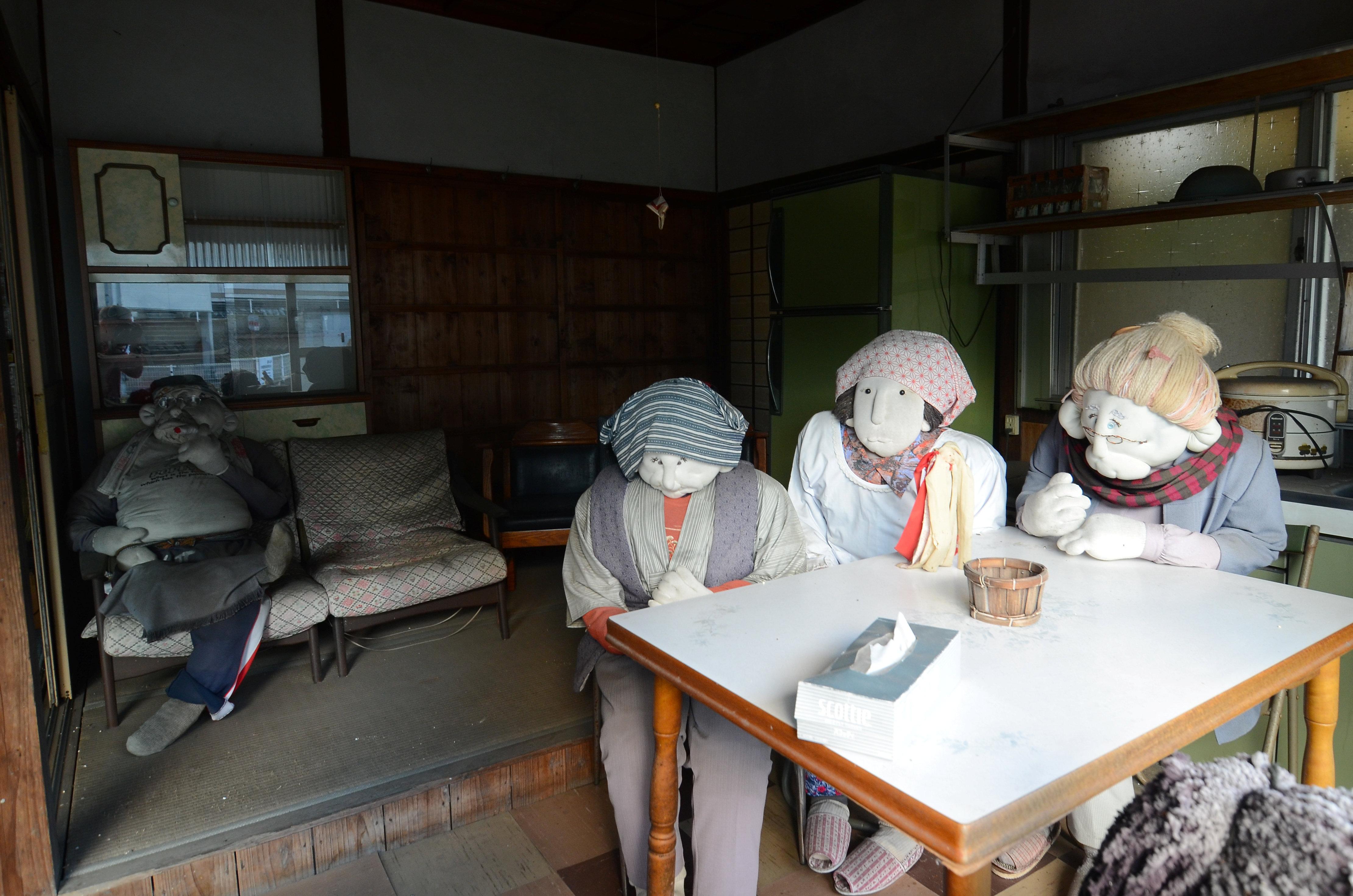 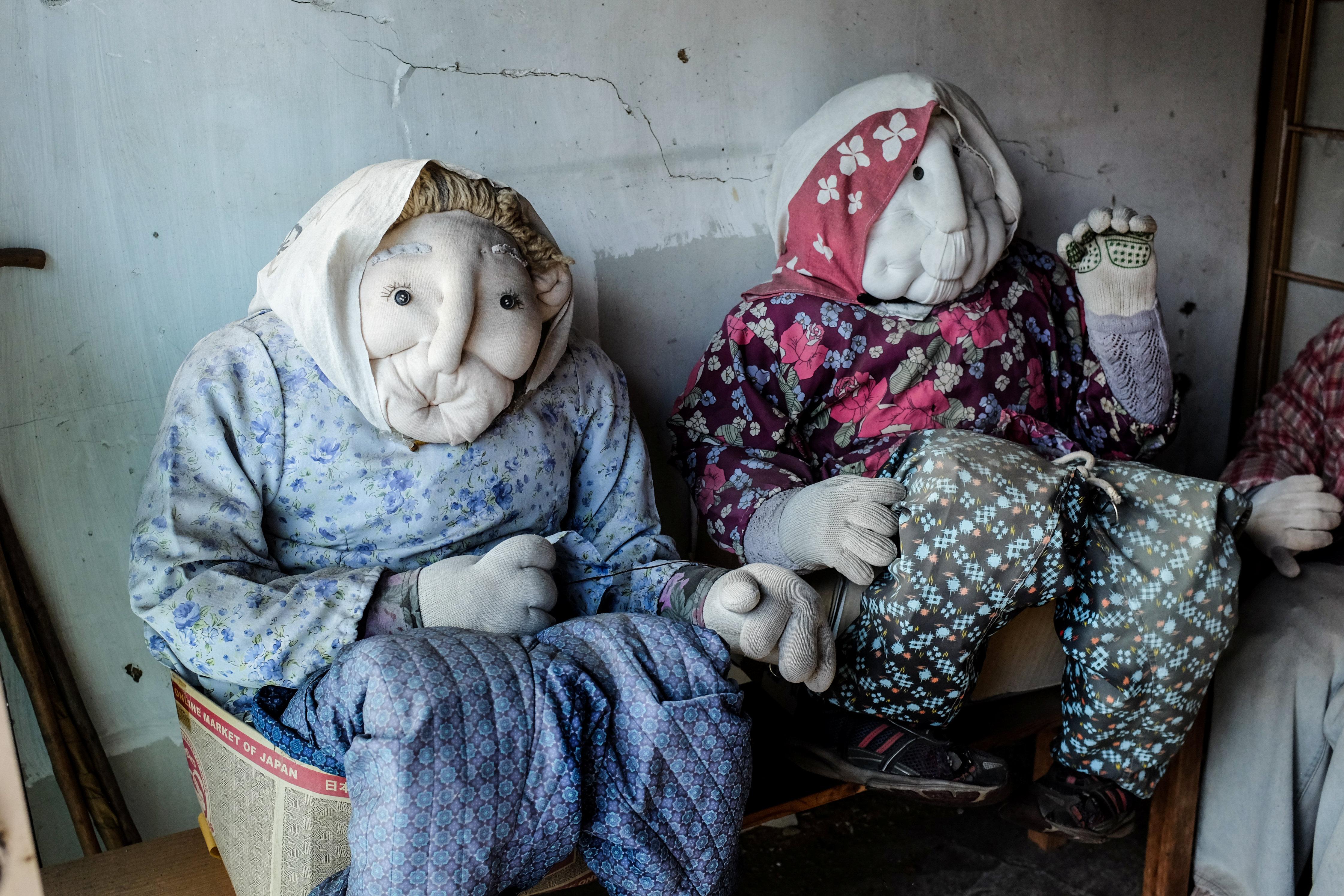 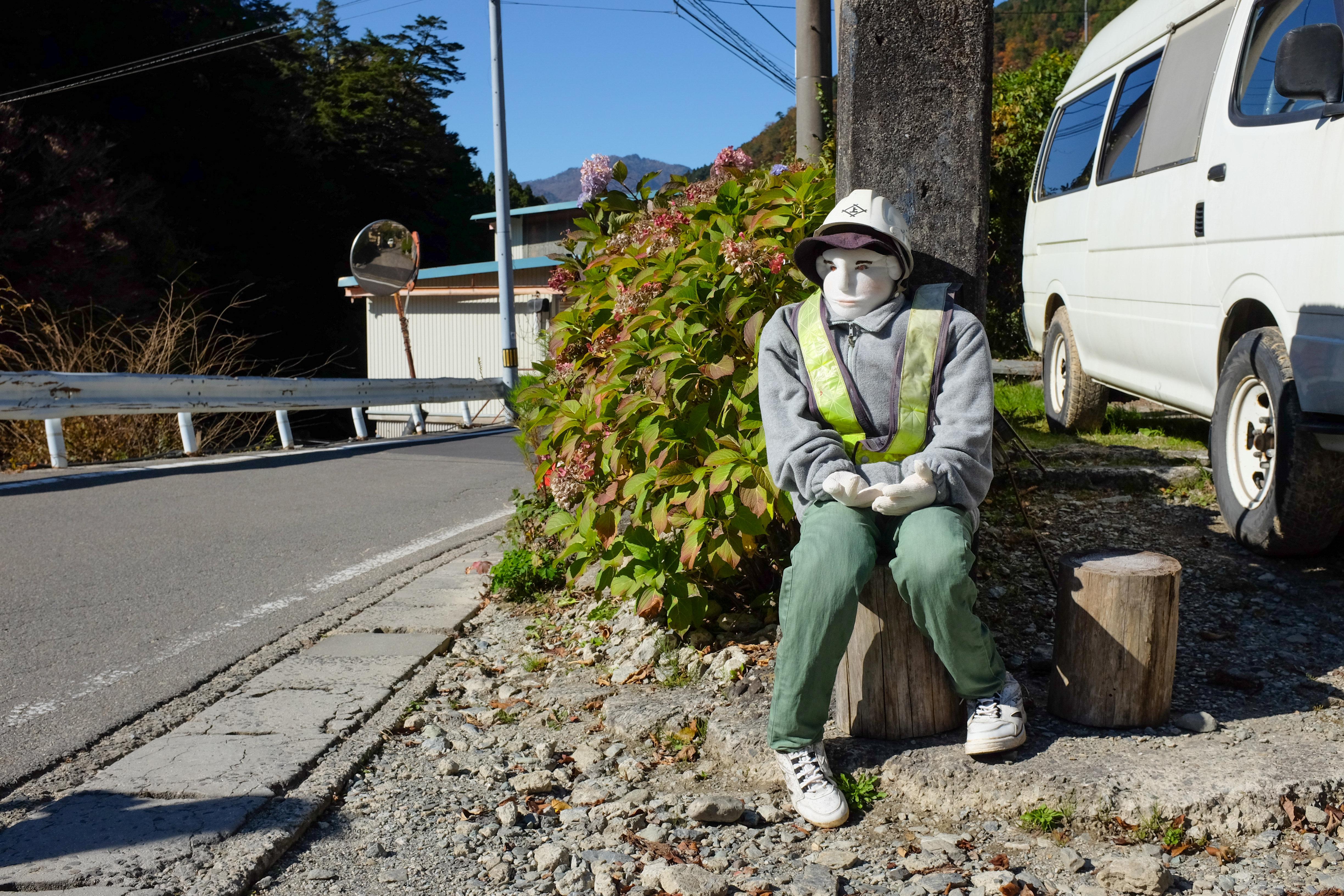 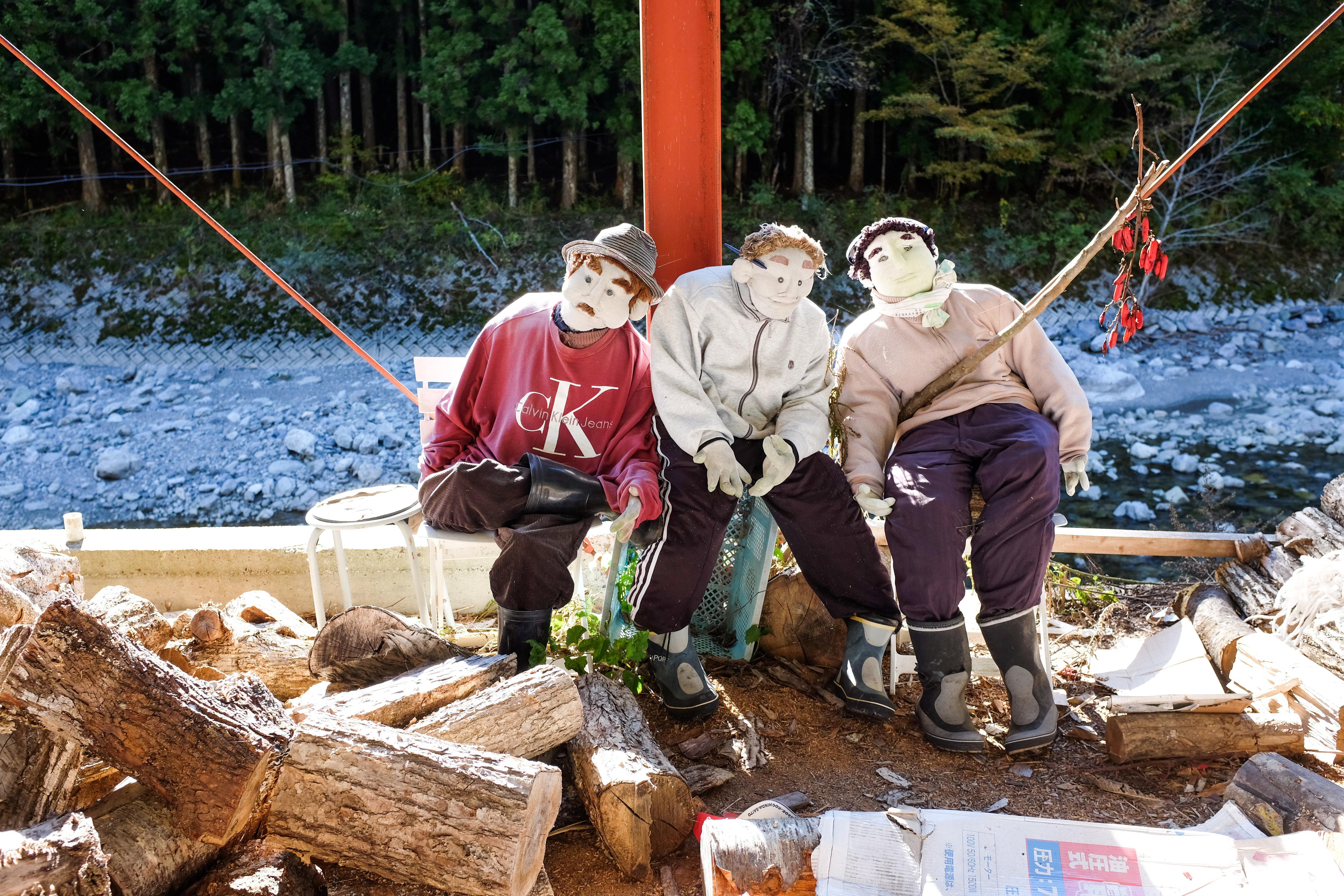 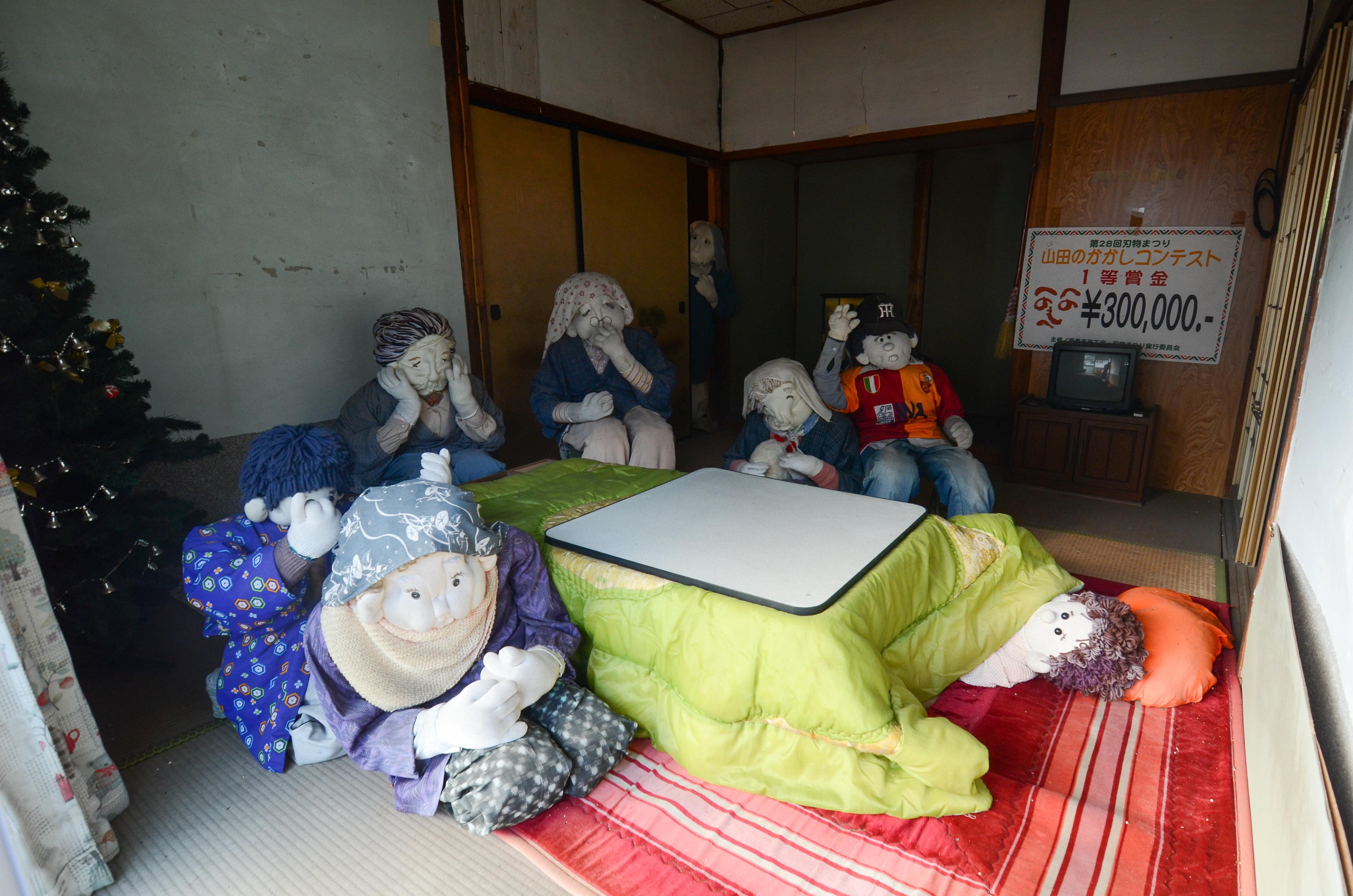 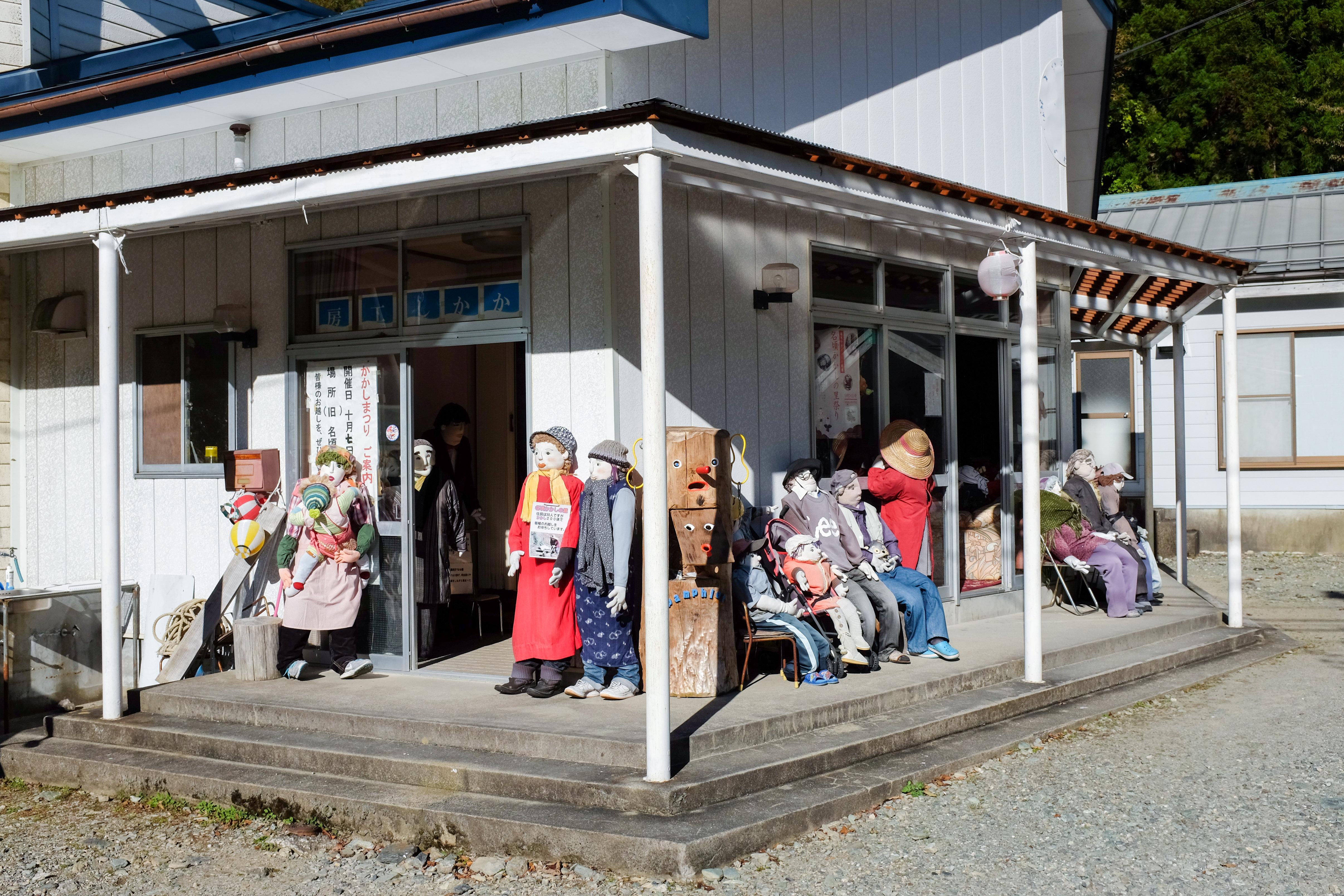 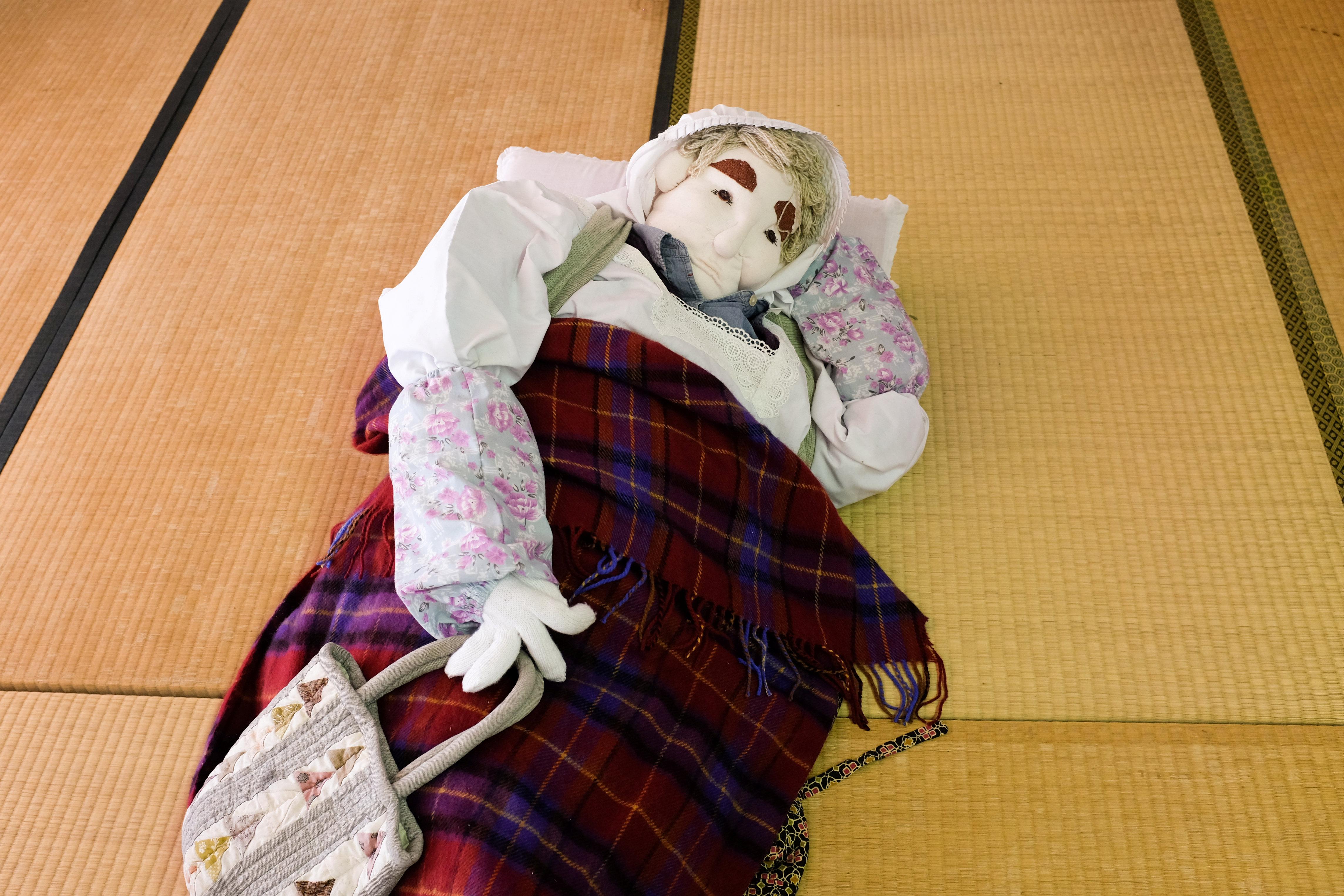 "There were no locals, no tourists, it's really too isolated to receive many visitors, there were just these life-size dolls.

"I was a bit spooked by one of them because it had its back to me, and I really wasn't sure if it was a real person or not until I got right up close – I kept expecting it to turn around at any moment."

The dolls are created by Tsukimi Ayano, one of the youngest residents of Nagoro, who moved back to the area from Osaka in the early 2000s to look after her father, and made a scarecrow in his likeness that she placed in a field.

Many of the other dolls are also likenesses of residents or former residents, while others are invented people and her eccentric hobby is part of an offbeat effort to keep the village populated. 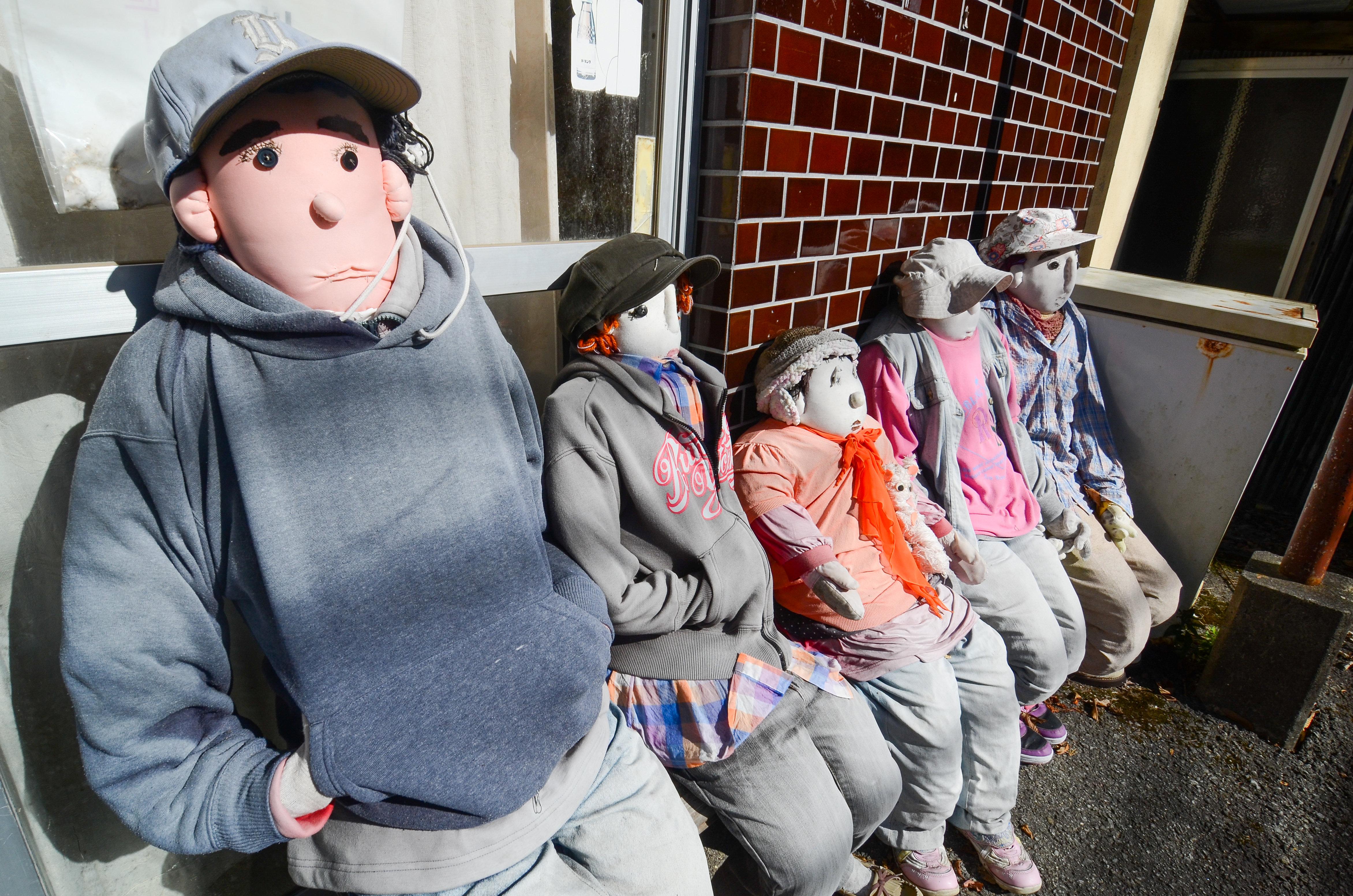 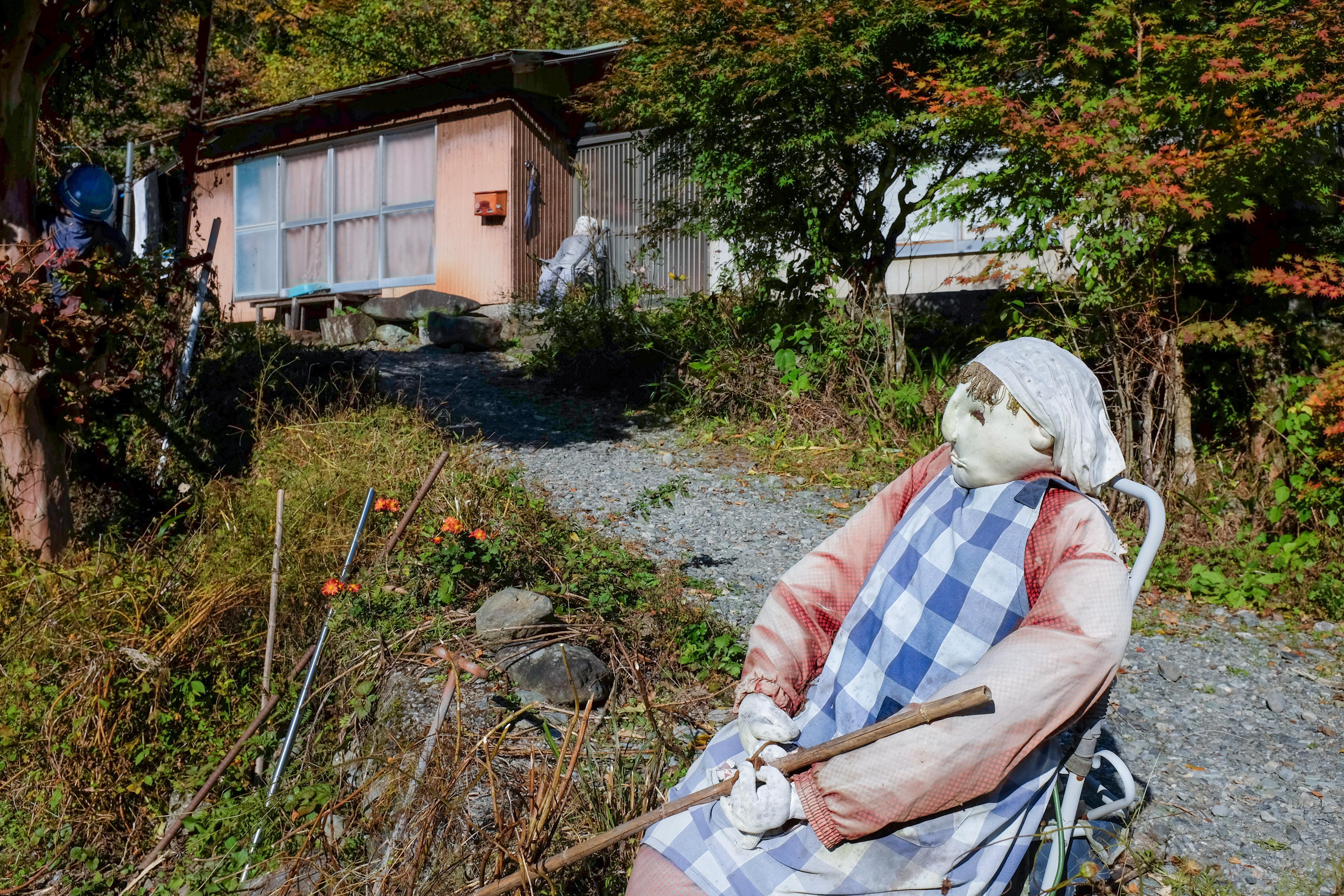 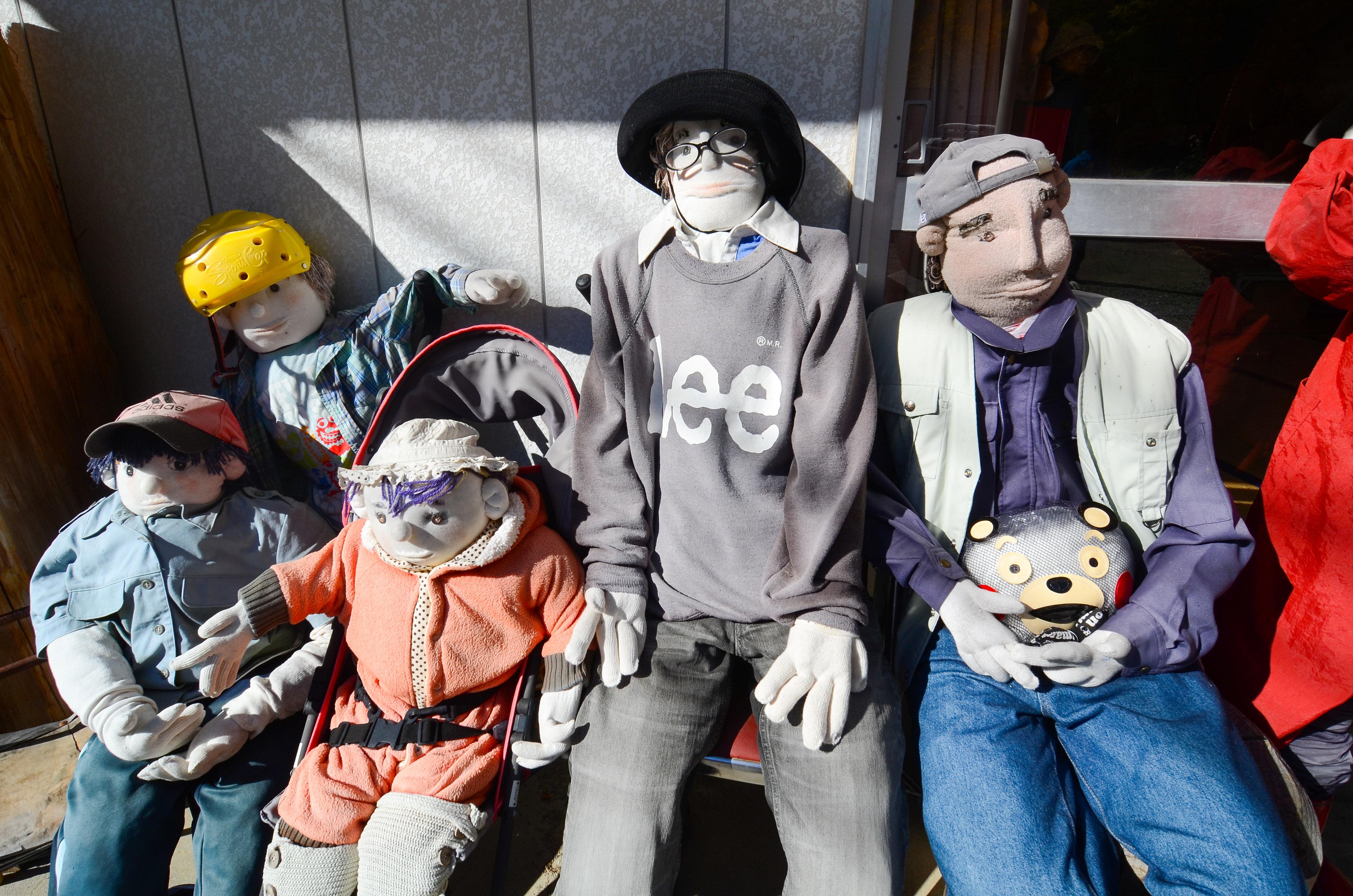 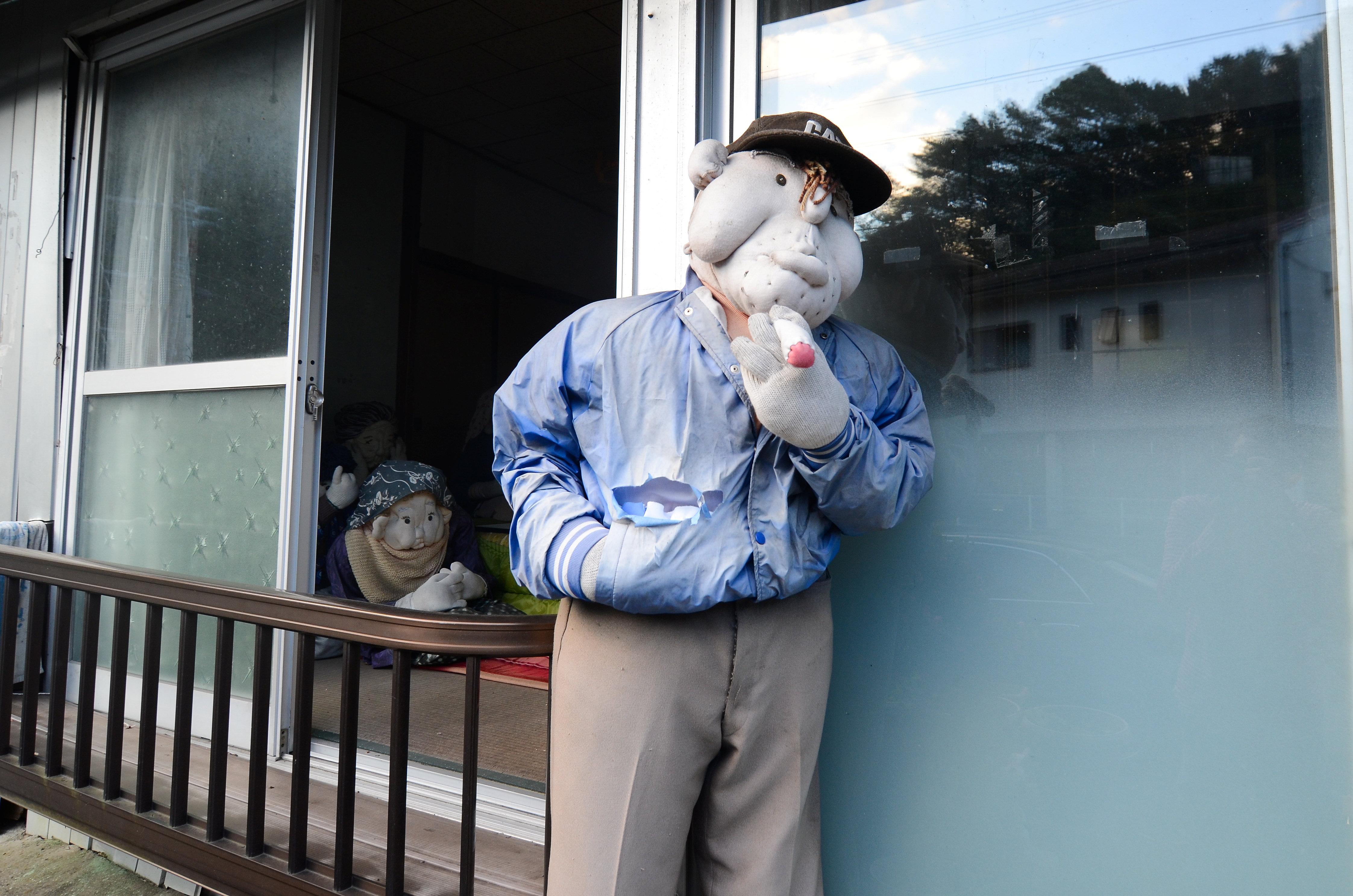 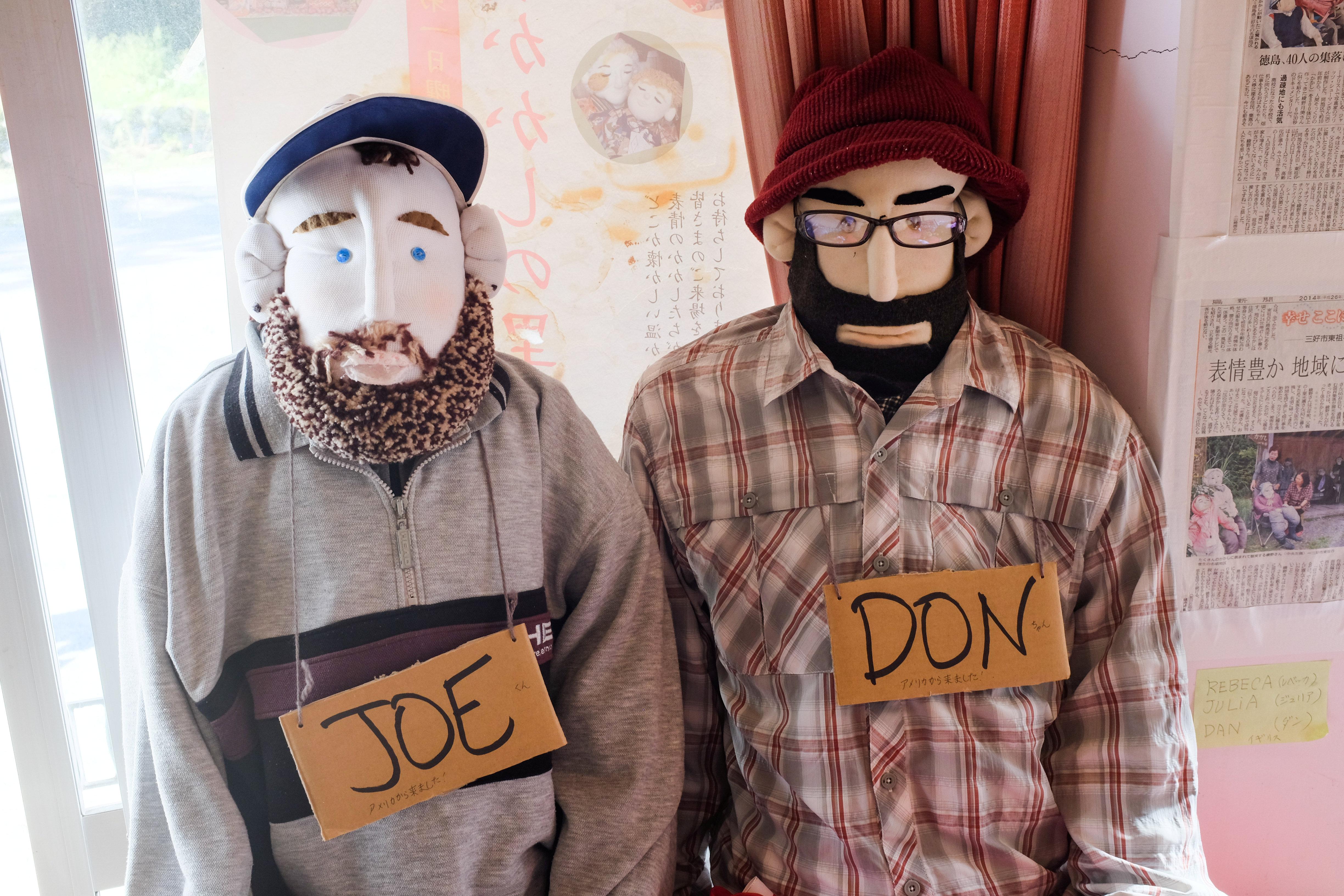 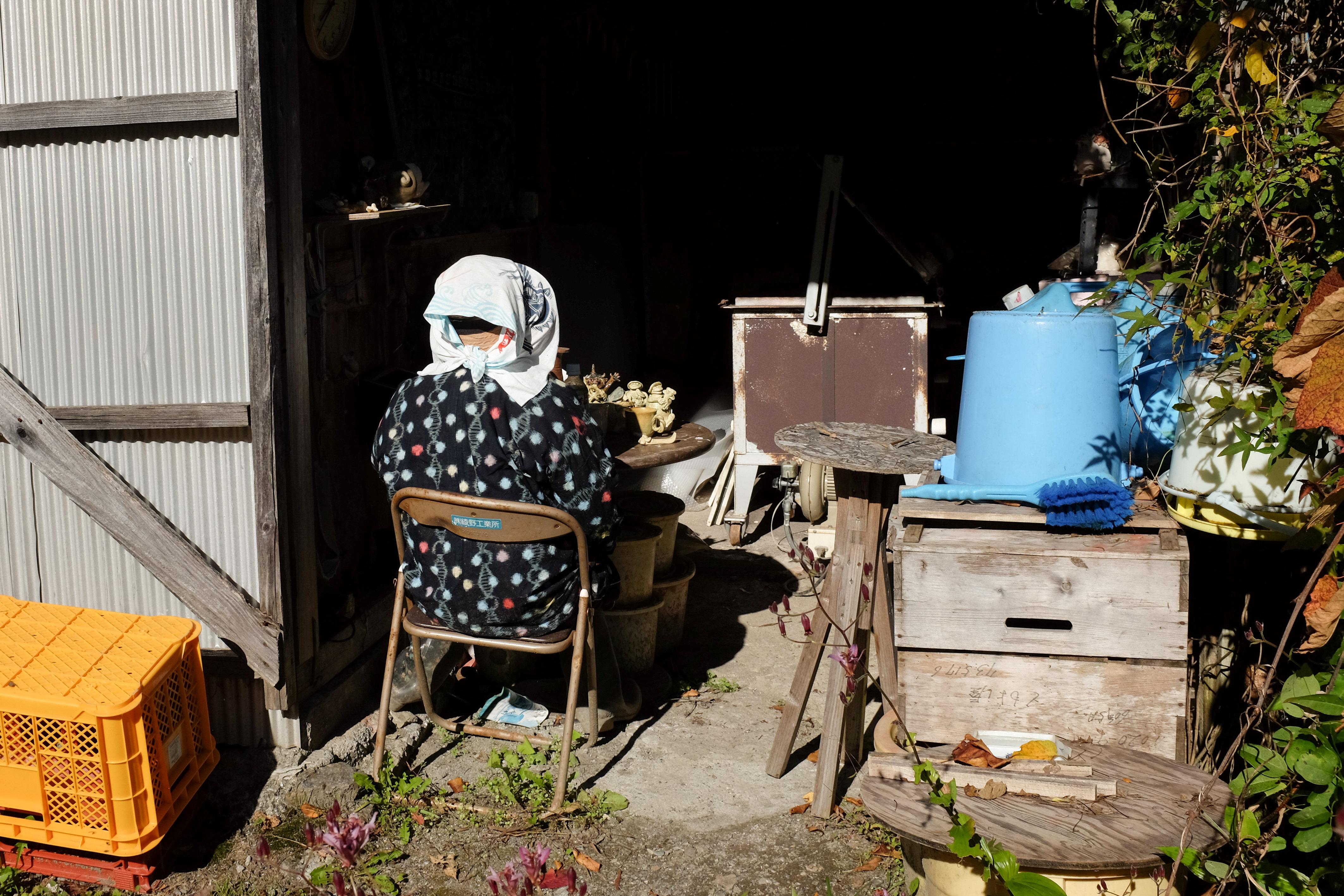 The near-deserted village has no youngsters meaning the local school closed six years ago and the only resemblance left are child-like dolls.

The dolls are crowded into corners of her farmhouse, perched on fences and trees, huddled side-by-side at bus shelters, the community centre – anywhere a living person might stop.

Trevor adds: "A lot of thought and time has gone into the making of each of the dolls, and many are based on villagers that have passed away or who have left the community to start a new life in a town or city.

"They're intricately designed, and each has its own distinct characteristics. 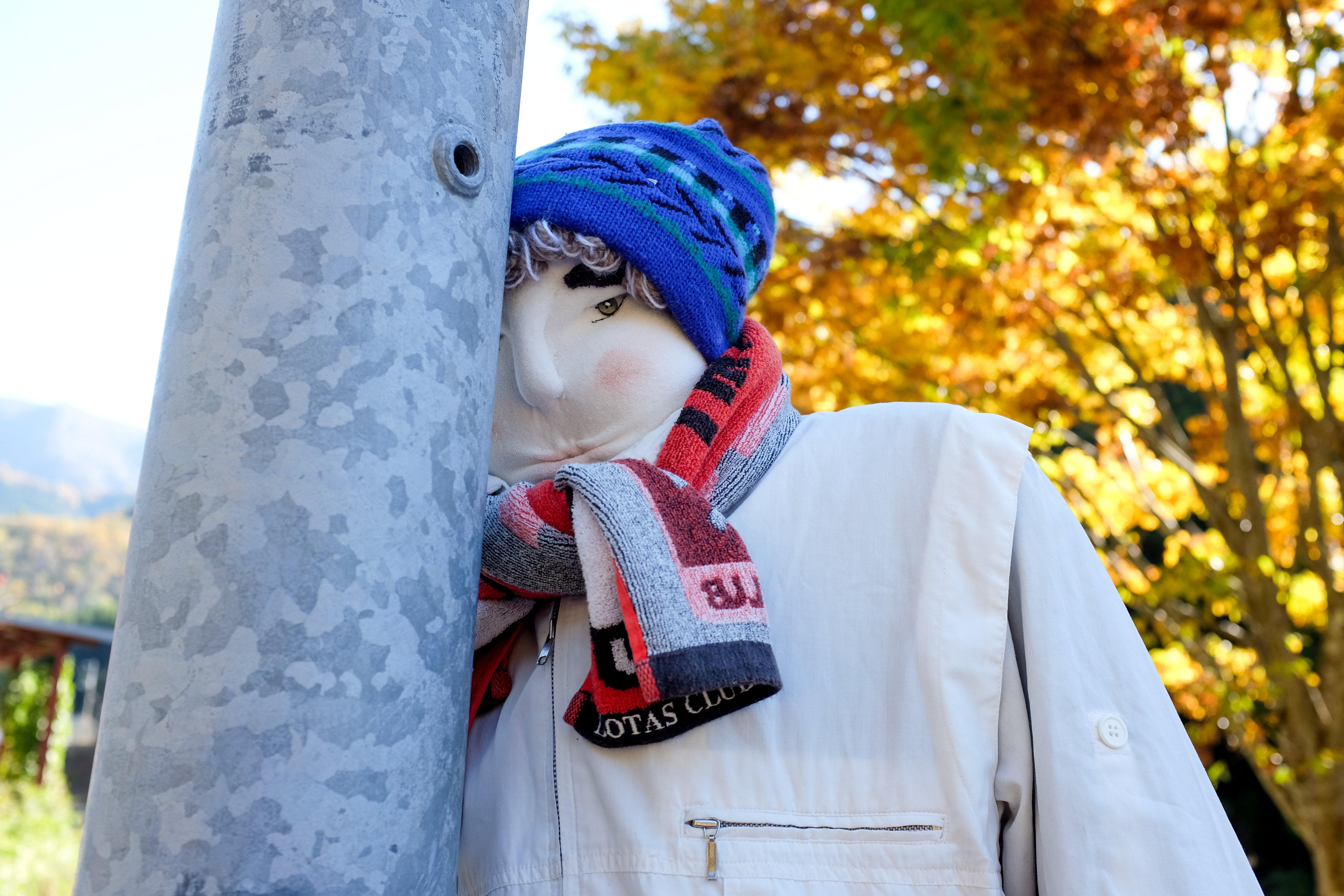 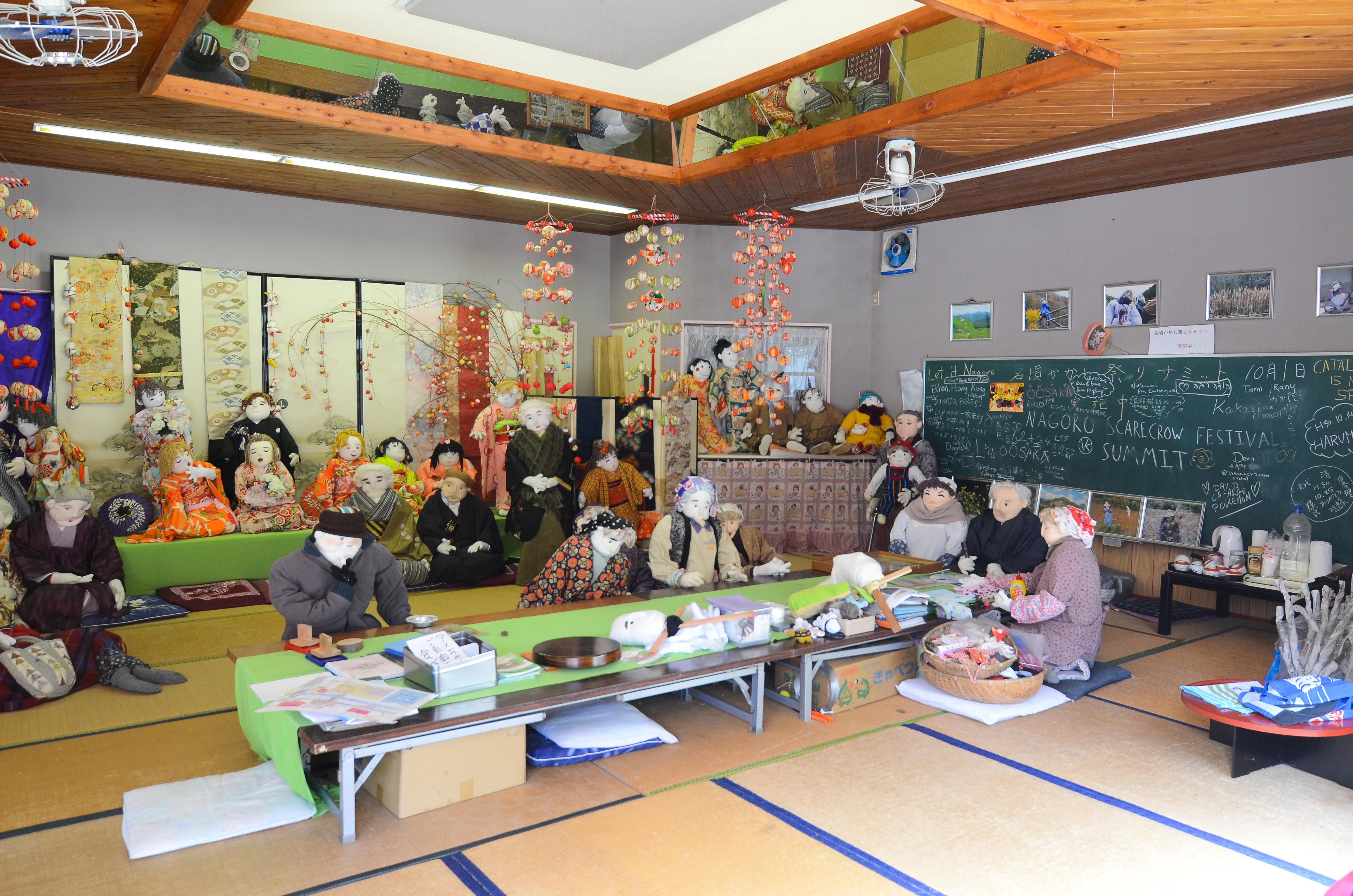 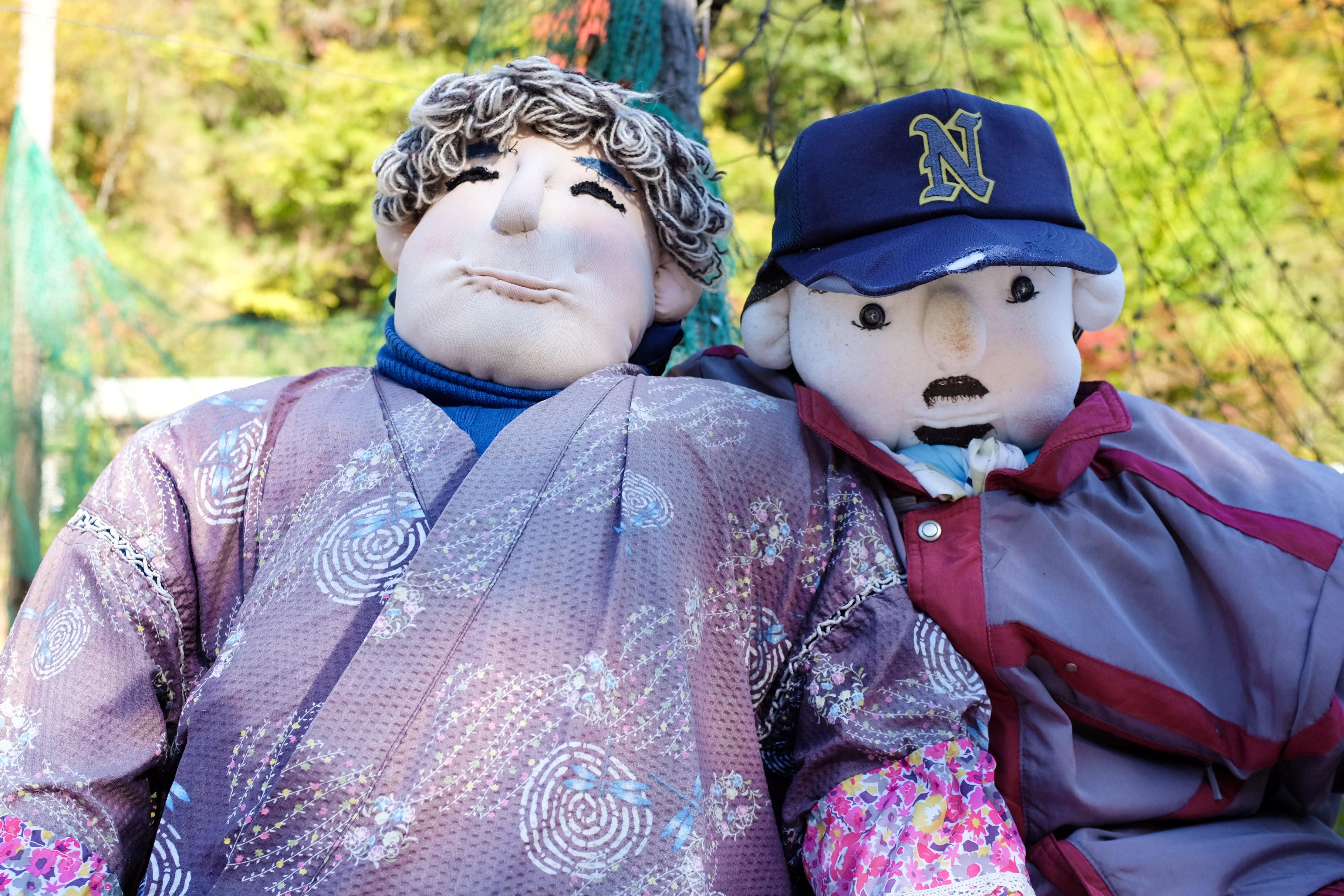 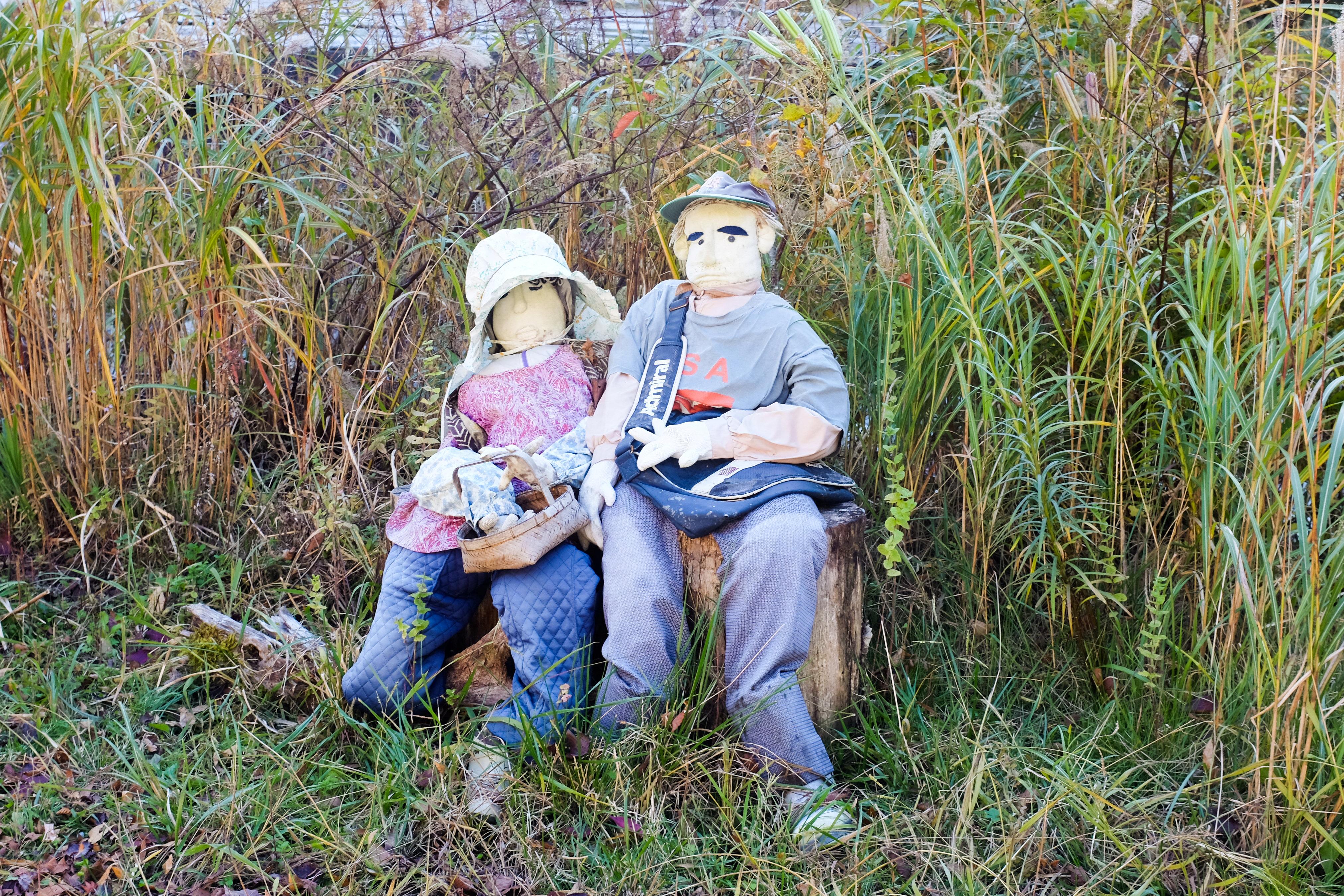 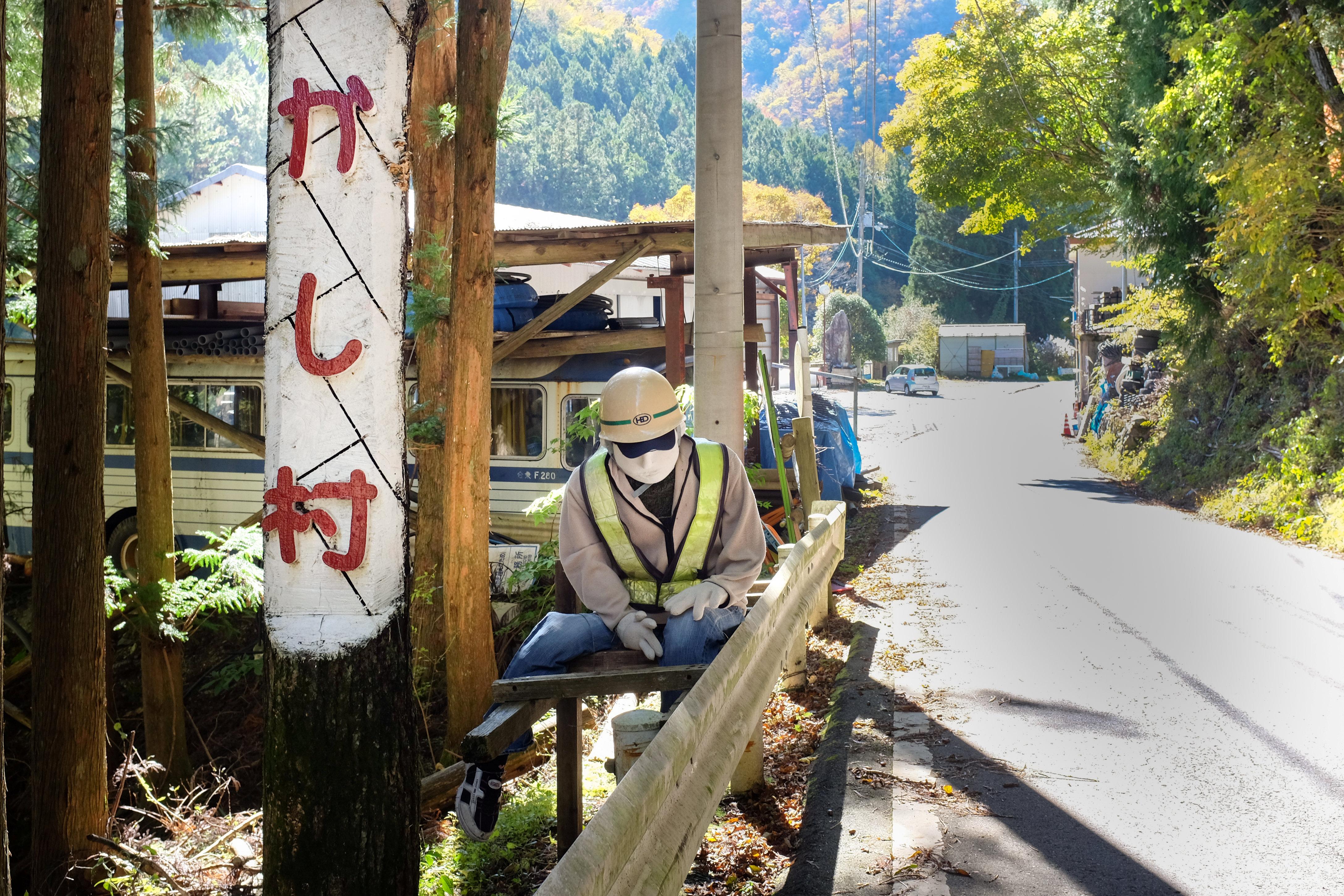 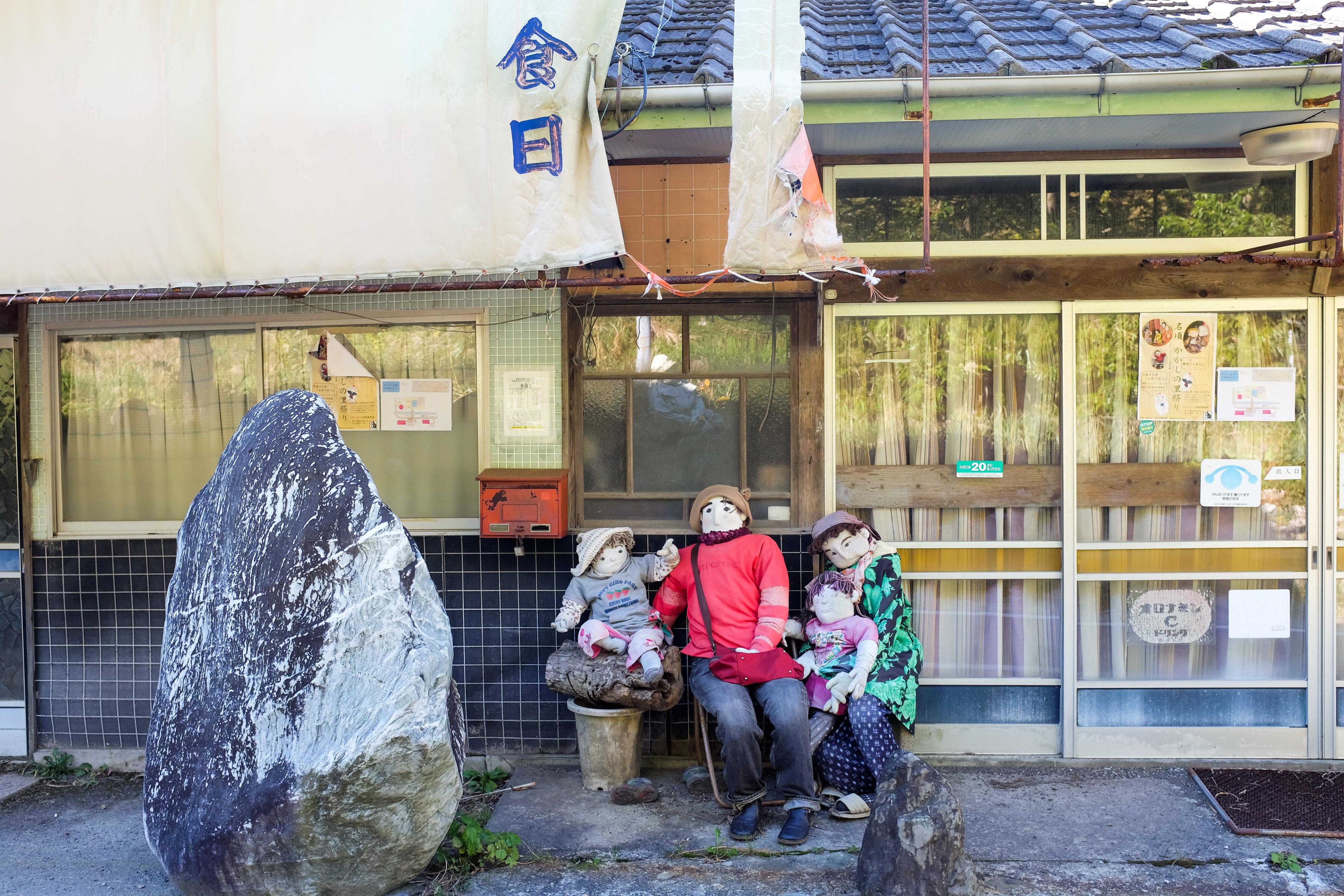 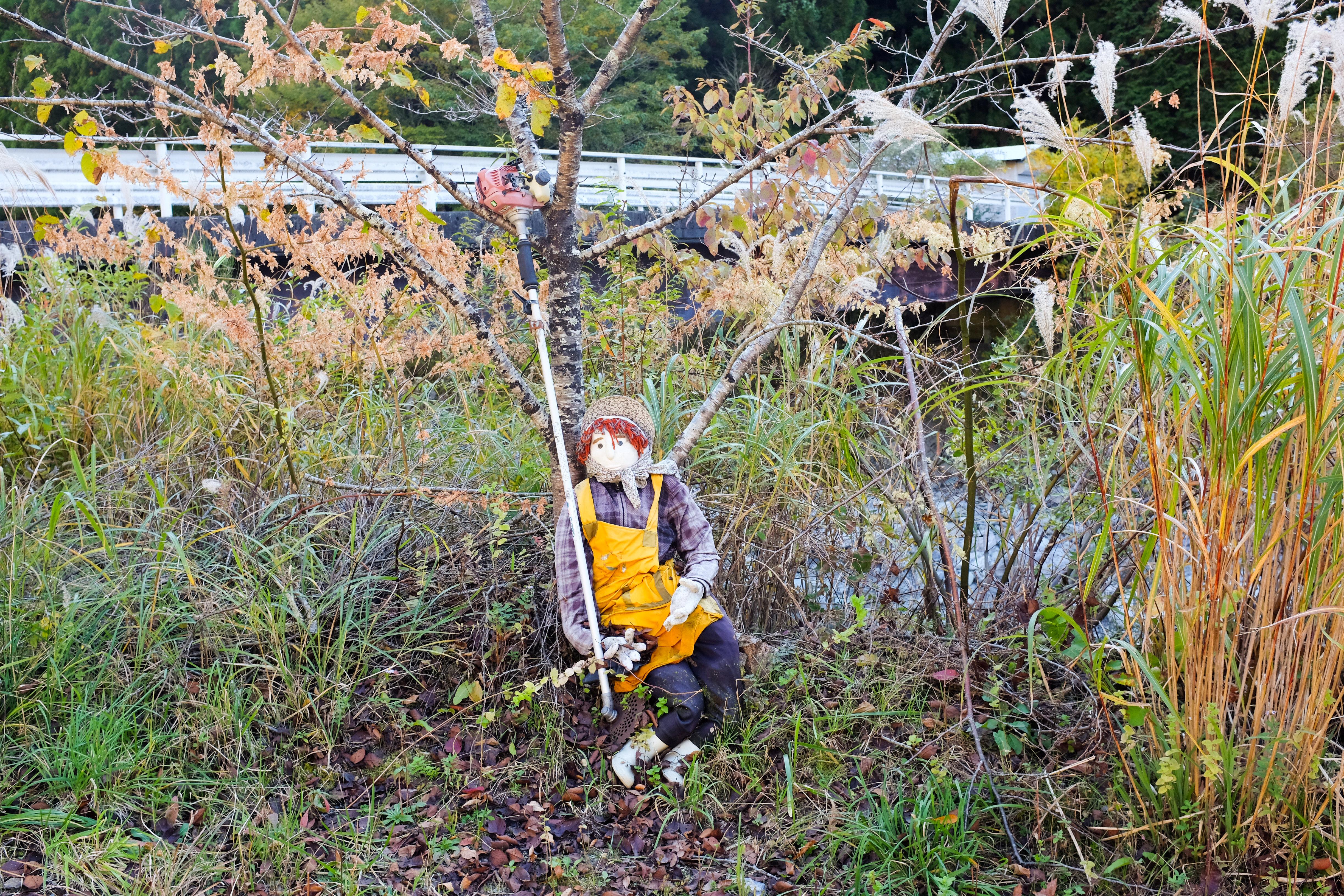 "A few of the dolls are even based on people who have visited at one time or another.

"The one-street village is in many ways a microcosm of Japanese society, with the nation's falling birthrate leading to depopulation, especially in rural communities.

"Tsukimi Ayano is trying to create a representation of the community she once knew, while at the same time offering a quirky way to remember those former residents".

Japan's current population stands at about 127 million, but current trends suggest it could fall to below 100 million within 35 years.

Last month, Japan's Prime Minister Shinzo Abe faced a huge backlash after trying to open the doors to mass immigration for the first time in the country’s history.

The right-wing politician admitted the country will allow up to 340,000 foreign workers in the next five years in a desperate bid to offset its disastrous decline in population.

Trevor added: "The dolls are even starting to show up in nearby villages whose populations are also shrinking."

Eerie, Inside, Japanese, the, vill
You may also like: