An intruder realised he had picked the wrong house when 2017’s winner of the World’s Strongest Man caught him breaking into his garden.

Eddie Hall, from Newcastle-under-Lyme, was in his hot tub when he noticed the man in his garden who then challenged him to a fight.

Eddie was the UK’s strongest man for six years in a row and is nicknamed ‘the beast’ for his massive size at six foot, three inches and 25 stone. 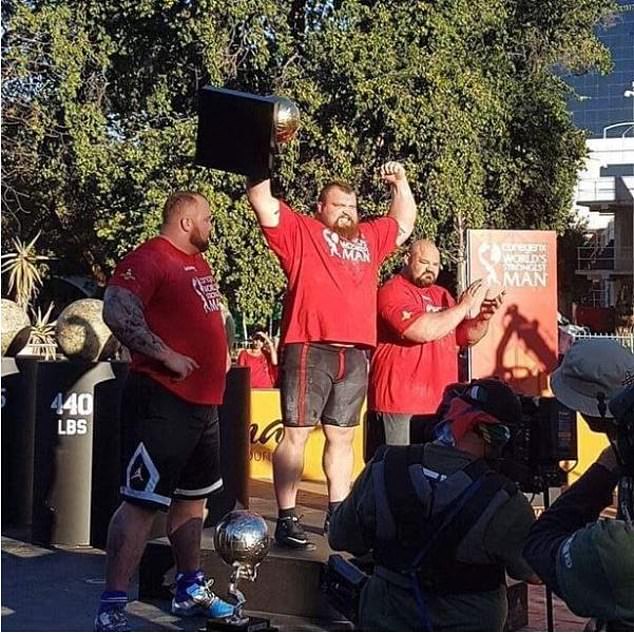 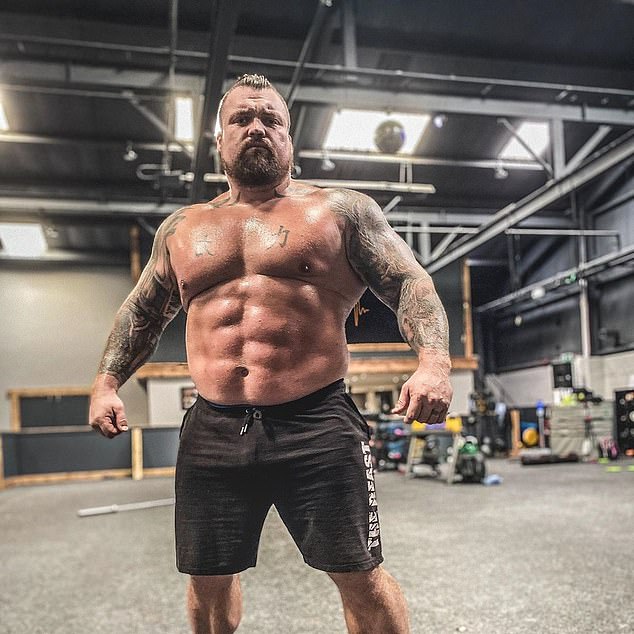 Eddie, from Newcastle-under-Lyme, said he was in his hot tub when he realised there was an intruder in his garden

The father-of-two told The Sun: ‘He put his fists up and was like ‘Let’s do some boxing’. Some crazy old man.

‘It just goes to show being who I am does draw whackos, so the security has been a number one feature for me.’

Since moving to his new house he has installed a hi-tech security system and a cryo chamber to train in.

Eddie’s family have had security issues in the past, especially with overly eager fans.

At their previous house fans would climb over the fence to ask for autographs and photos at early hours of the morning.

‘As innocent as that may sound it’s quite worrying,’ he said.

He mentioned the thick bushes that were on either side of the property that ‘nasty people’ could get through once there was already a hole in them.

Eddie is currently training for a boxing showdown with his rival, Hafthor Bjornsson, in Las Vegas.

People should not fear spread of COVID-19 in food, packaging: WHO

American considering cutting flights to up to 30 smaller U.S. cities