The property in Khomein has since been turned into a museum. Footage shared this morning on social media appears to show parts of the property on fire with demonstrators throwing petrol bombs.

The museum in the centre of Khomein is a favourite location for supporters of the regime, whose spiritual founder overthrew the US-backed Shah in 1979.

Videos appeared to show several fires burning behind the distinctive arches on the museum’s periphery. 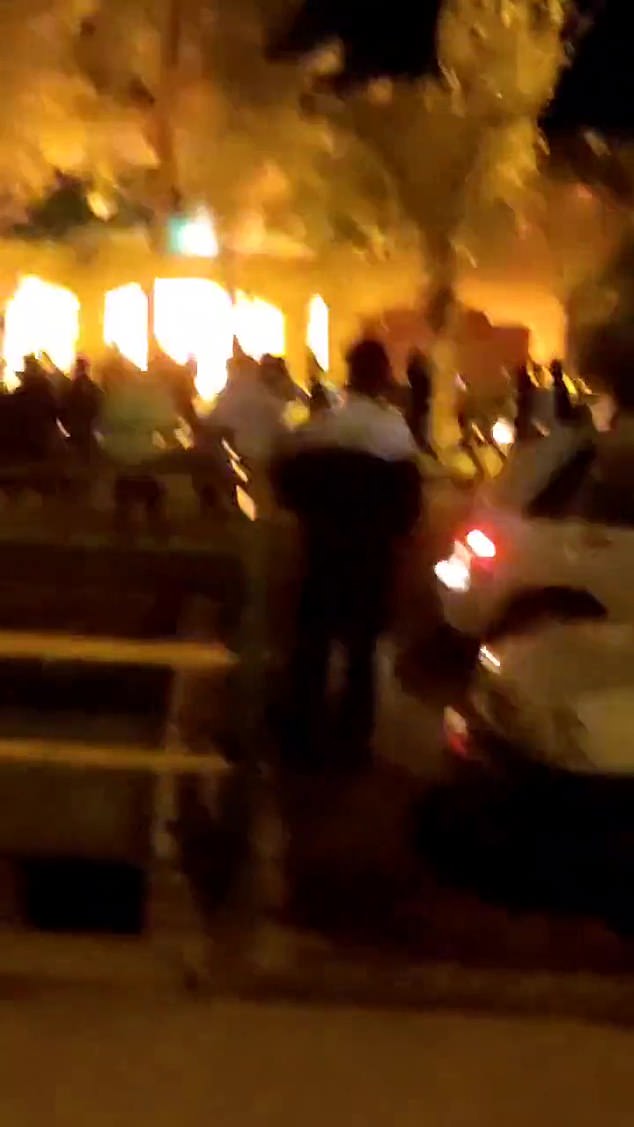 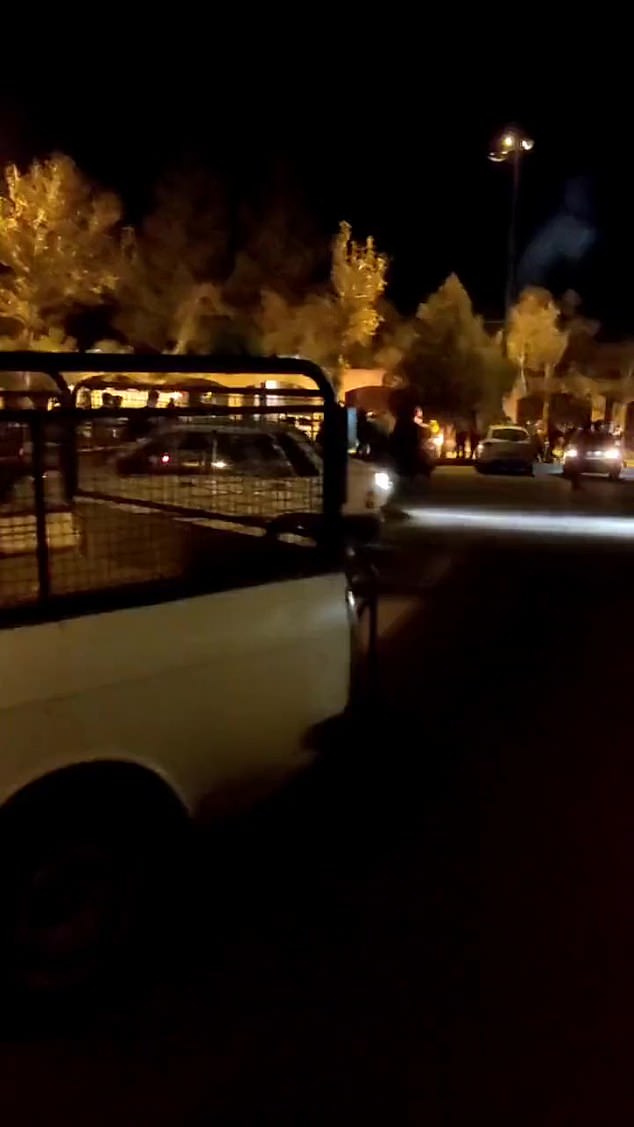 The videos showed a number of small blasts, possibly petrol bombs, exploding around the compound which is now a museum 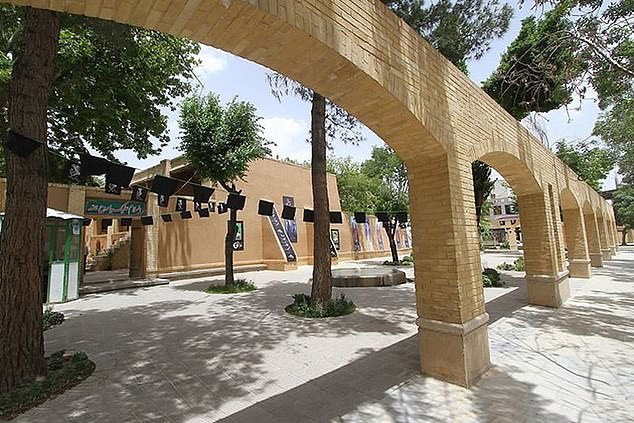 The house in Khomein, pictured, has been a museum dedicated to the former spiritual leader 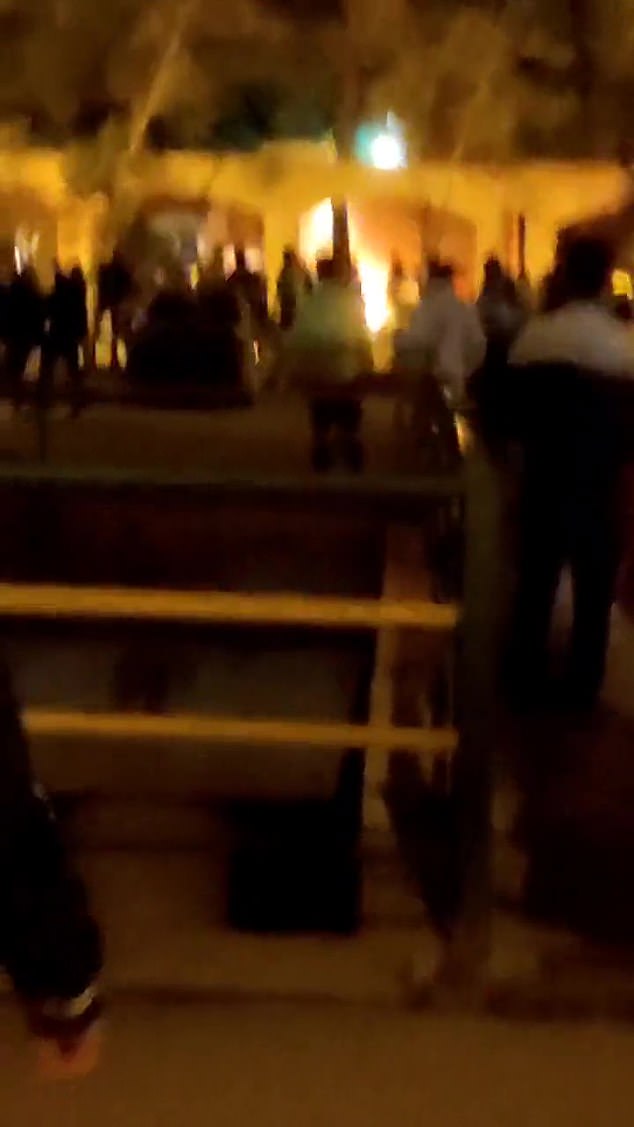 The Iranian regime is facing growing protests as a result of the lethal crackdown following the death in custody of Mahsa Amini’s death.

Saeid Golkar of the University of Tennessee said it is feared the regime is growing ‘more violent after being unable to suppress the people for two months’.

Speculation has mounted that Iran’s leadership has decided to crush the protest movement in the same way that it did in November 2019, when security forces killed at least 304 people, according to Amnesty International.

The demonstrations were sparked by the death of 22-year-old Amini on September 16, after her arrest for allegedly violating Iran’s strict dress code for women.

The unrest has been fanned by fury over the brutal enforcement of the mandatory hijab law, but has grown into a broad movement against the theocracy that has ruled Iran since the 1979 Islamic Revolution. 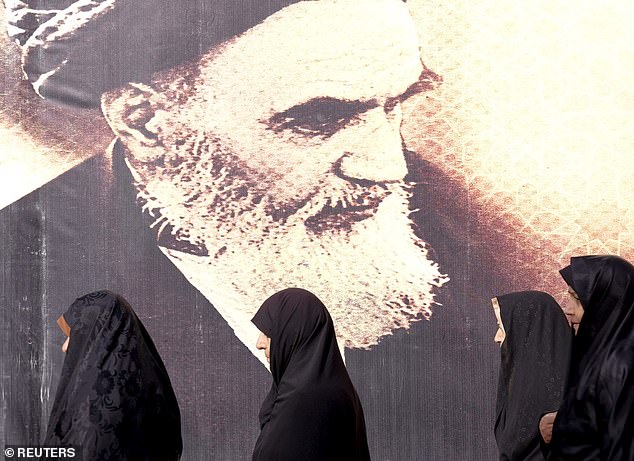 ‘The United States, England, Germany, France, Israel, Saudi Arabia and their allies are preparing to fight God, his prophet and the martyrs,’ Salami said, quoted by Fars news agency.

Iran Human Rights, another Oslo-based organisation, said Wednesday that security forces had killed at least 342 people, including 43 children and 26 women, since the start of protests.

Amnesty International said Iran was seeking the death penalty for at least 21 people in ‘sham trials designed to intimidate’ protesters.

‘The crisis of impunity prevailing in Iran is enabling the Iranian authorities to not only continue carrying out mass killings but also to escalate the use of the death penalty as a tool of political repression,’ Amnesty’s Diana Eltahawy said.