IRANIANS have vowed to retaliate against sanctions re-imposed on the country by Donald Trump, as chants of “Death to America” rang out across the streets of the capital yesterday.

Iran’s president Hassan Rouhani has promised to target core parts of the US economy, saying that Iran would “continue selling oil”. 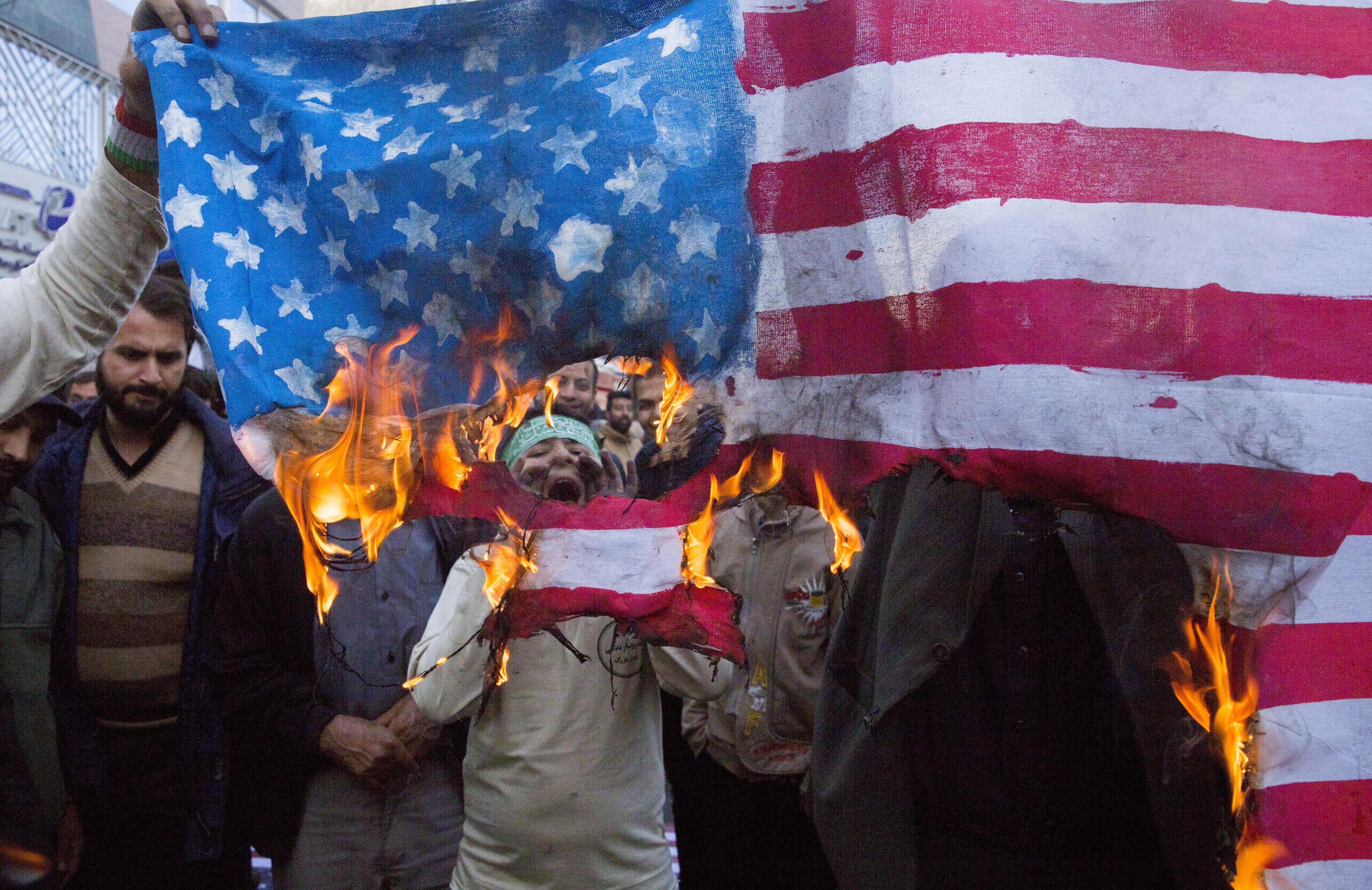 The defiant clapback comes after the Trump administration restored all sanctions previously lifted by President Obama under the 2015 nuclear deal.

Trump's decision effectively crumbled the goodwill between Iran and the rest of the world in a matter of seconds.

The move is set to hit oil exports, shipping and banks the hardest, and will make it near impossible for other nations to do business with the oil-rich nation.

The UK, Germany and France have all objected to the sanctions and have promised to help international businesses continue to do “legitimate business” with Iran. 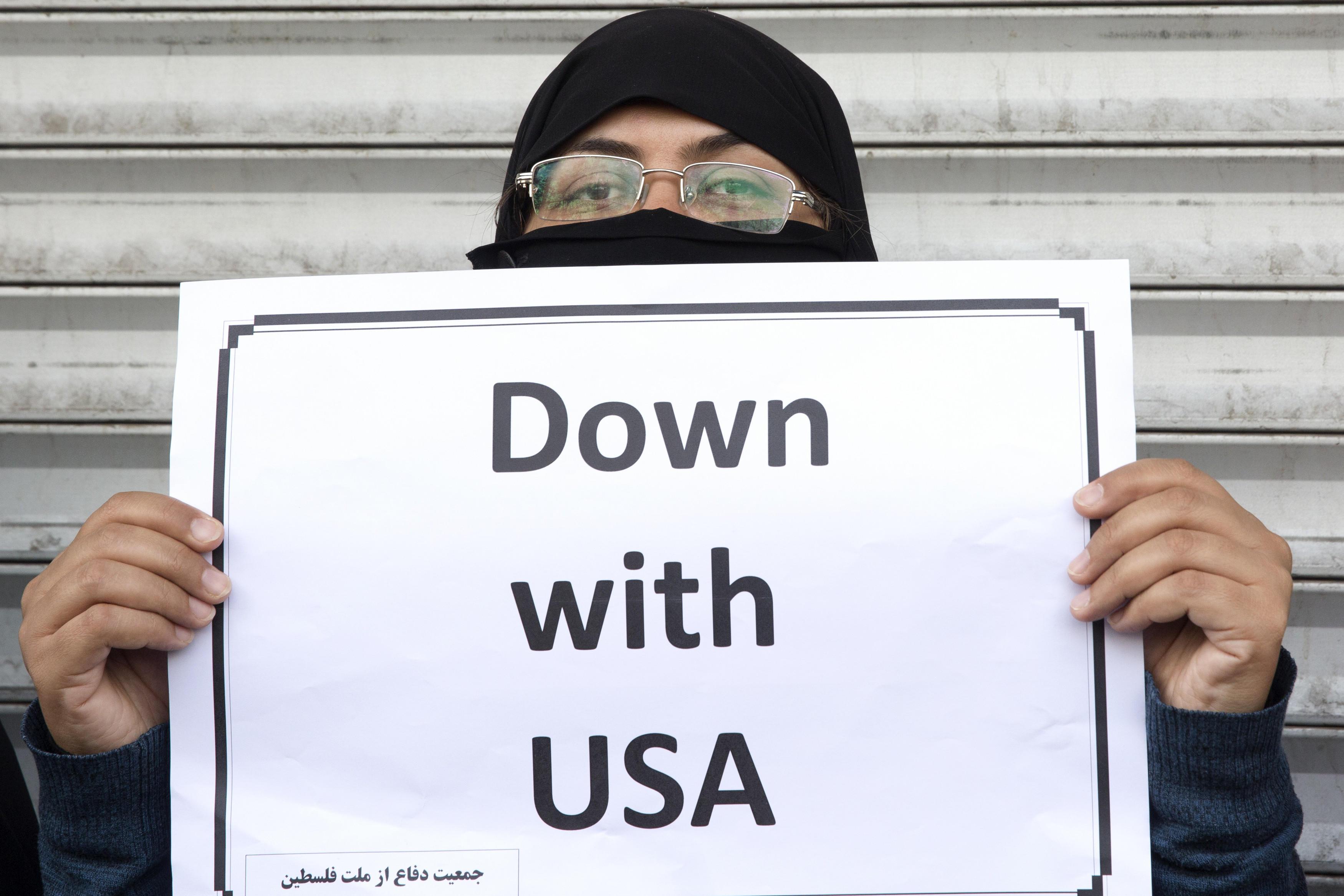 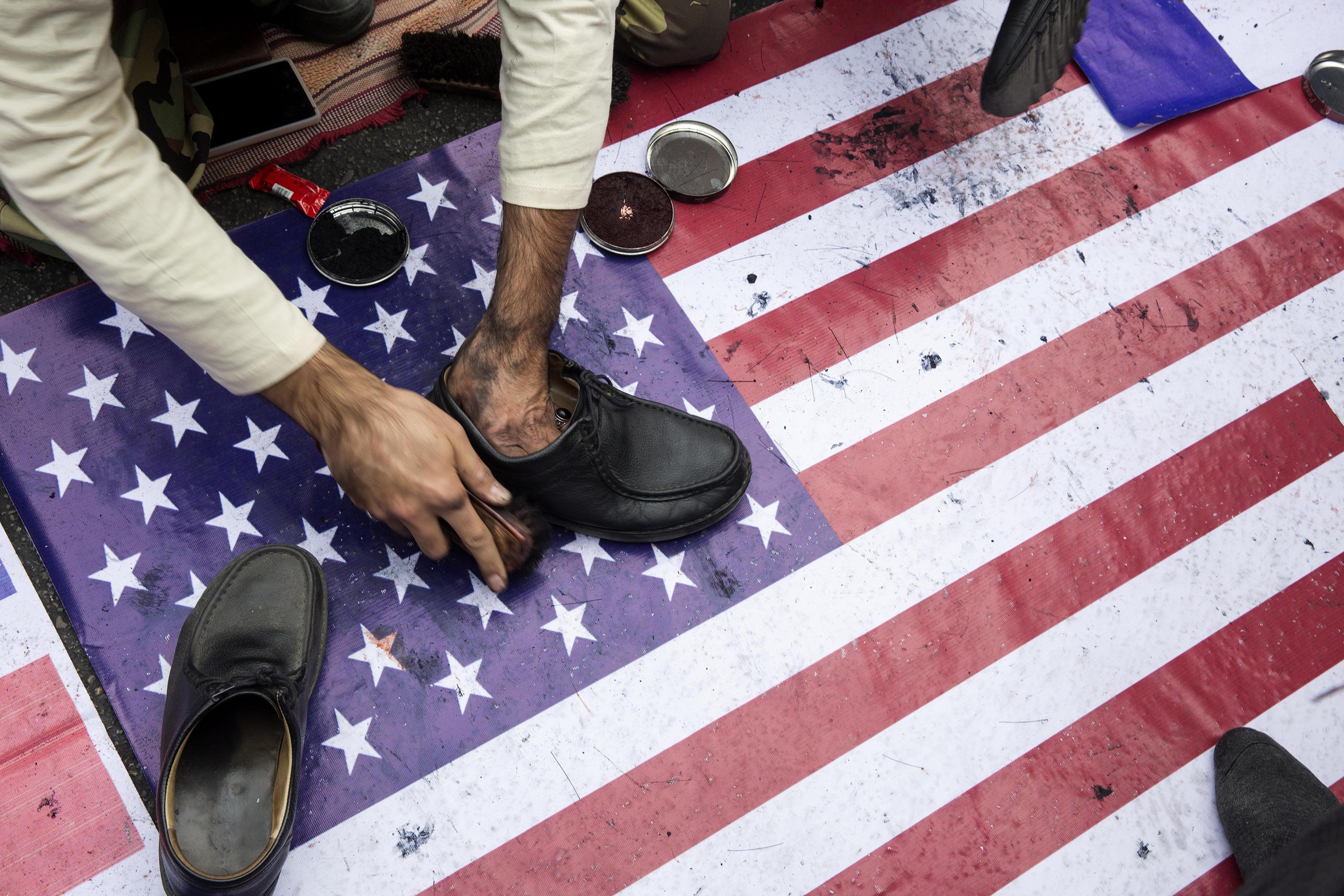 News of the sanctions being slapped on Iran once again came as millions of Iranians took part in the annual anti-American demonstration in Tehran.

As the new sanctions against Iran were announced, chants of “Death to America” filled the air across the capital. 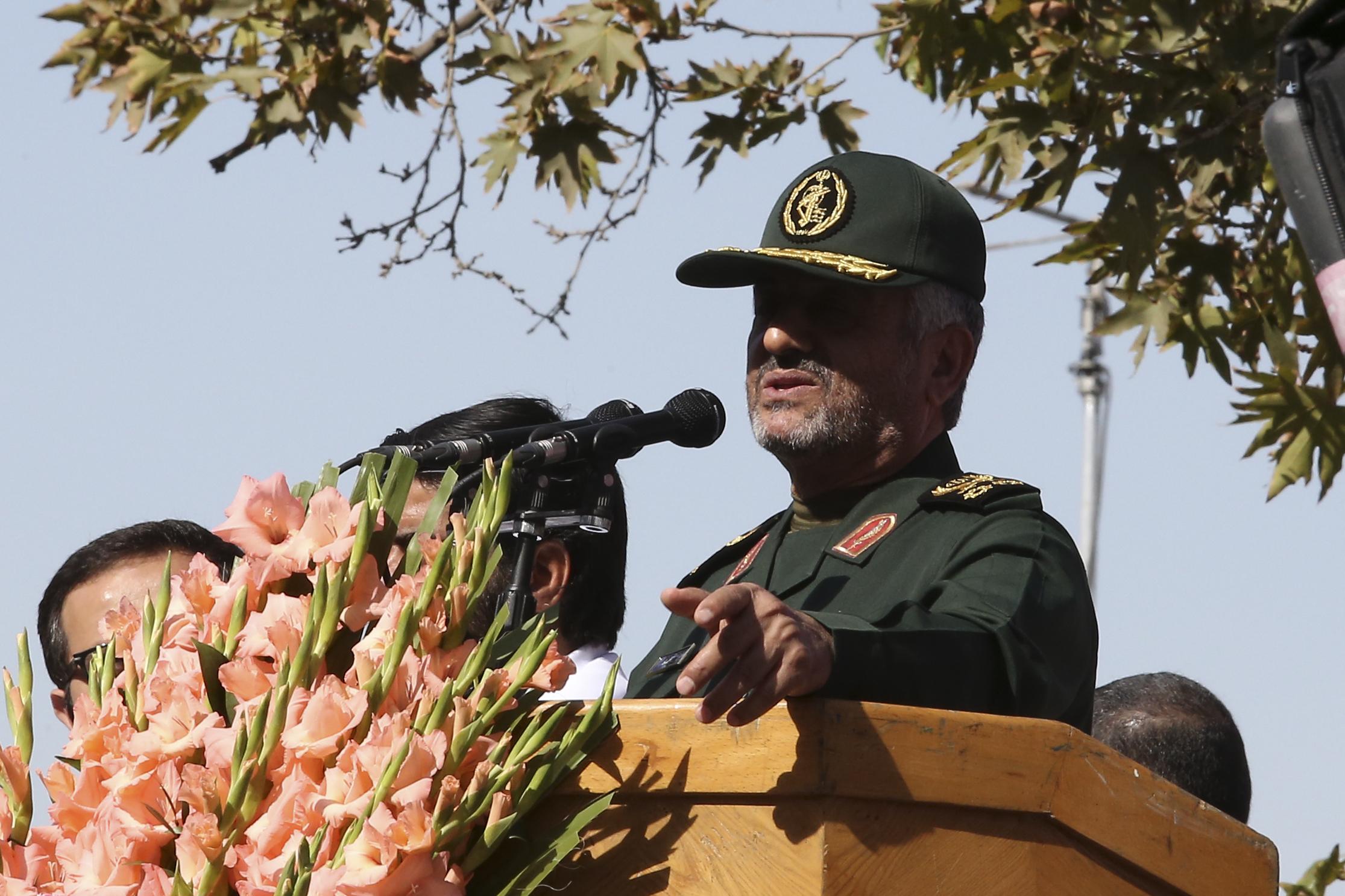 He said: “I want to say something to America and its weird president.

“Never threaten Iran, because we can still hear the horrified cries of your soldiers in the [desert]…

“And you know it better, how many of your old soldiers in American society commit suicide every day because of depression and fear that they suffered in battlefields.

"So, don't threaten us militarily and don't frighten us with military threats.” 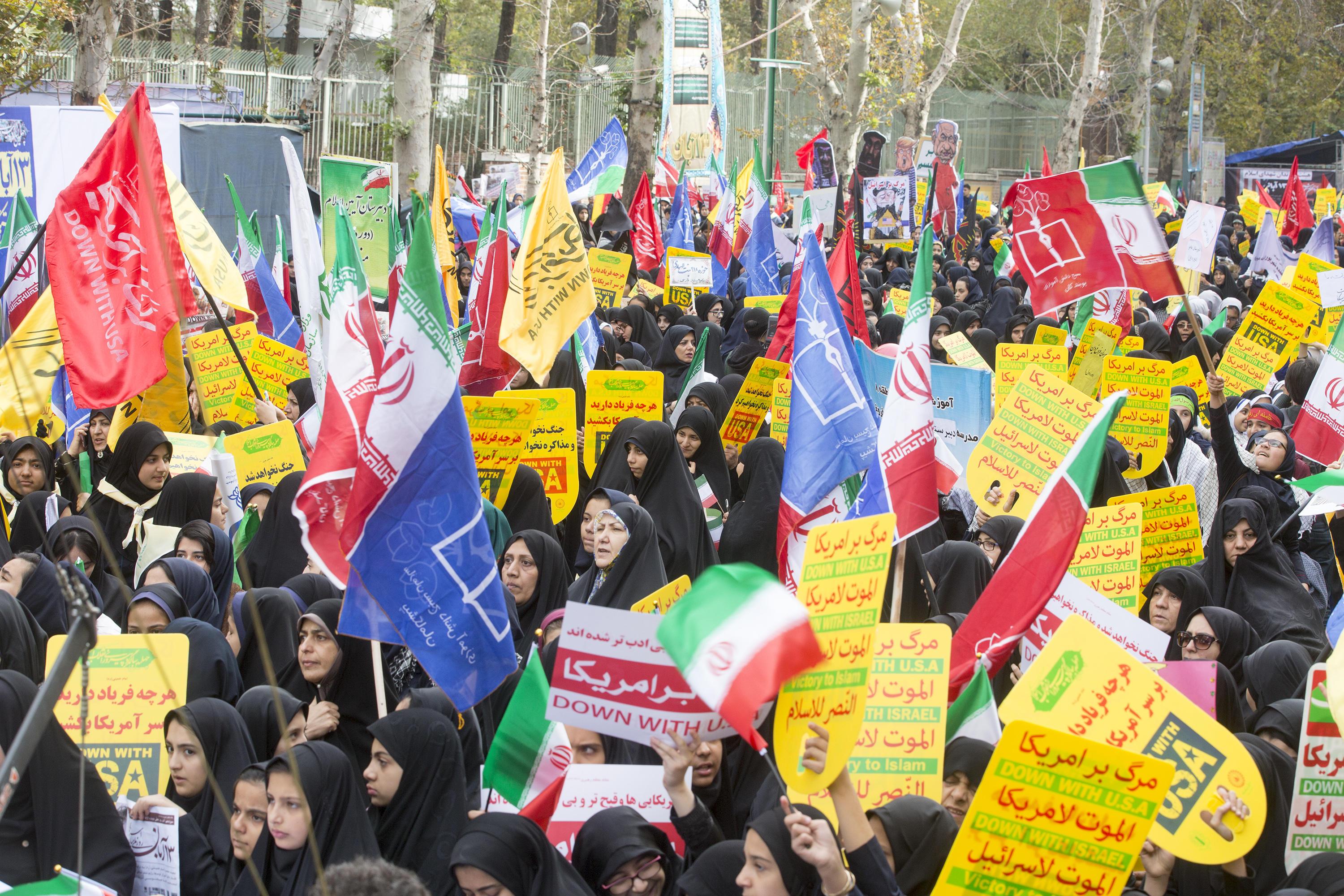 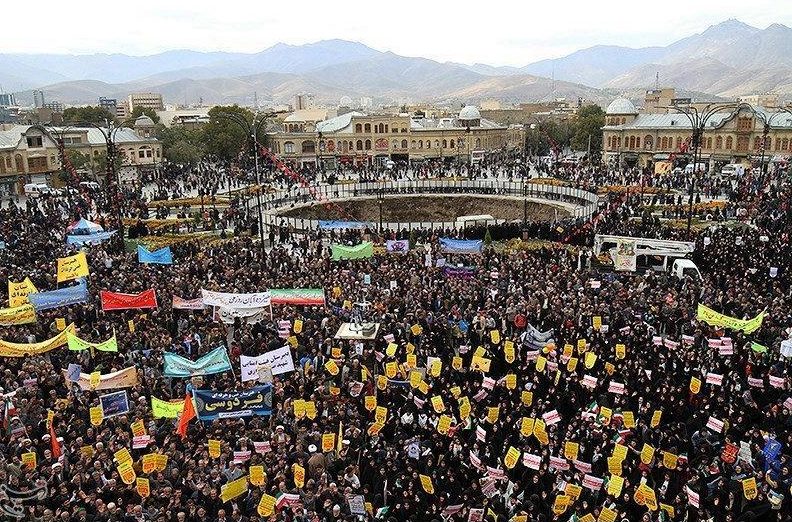 Iran’s military has also confirmed it will hold air defence drills on today and tomorrow as part of efforts to prove the country's capabilities.

Washington re-imposed the sanctions after Trump pulled out of a 2015 accord aimed at curbing Iran's nuclear ambitions in May 2018.

The Trump administration claims it also wants to stop what it calls Tehran's "malign" activities including cyber-attacks, ballistic missile tests, and support for violent extremist groups and militias in the Middle East. 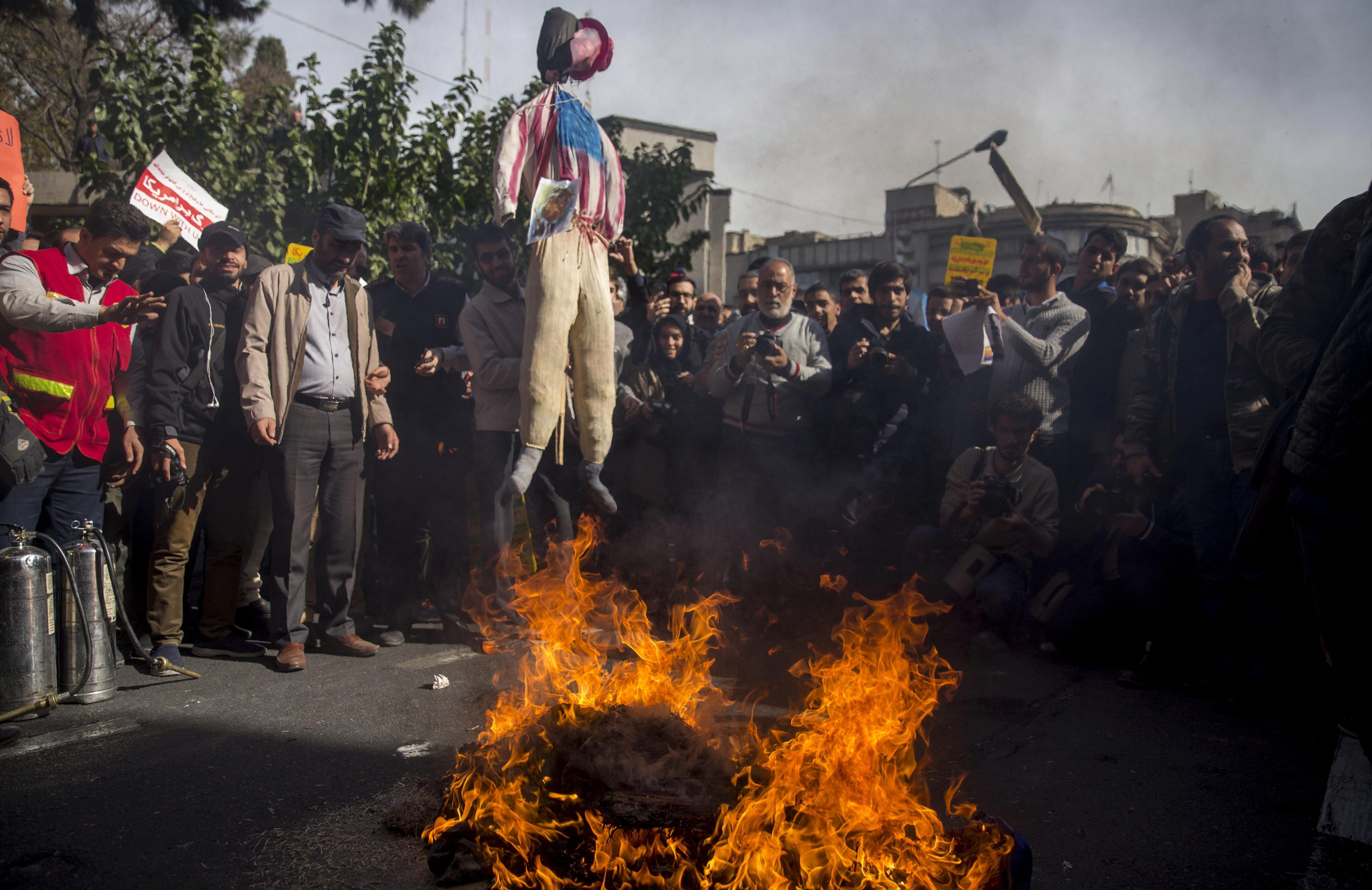 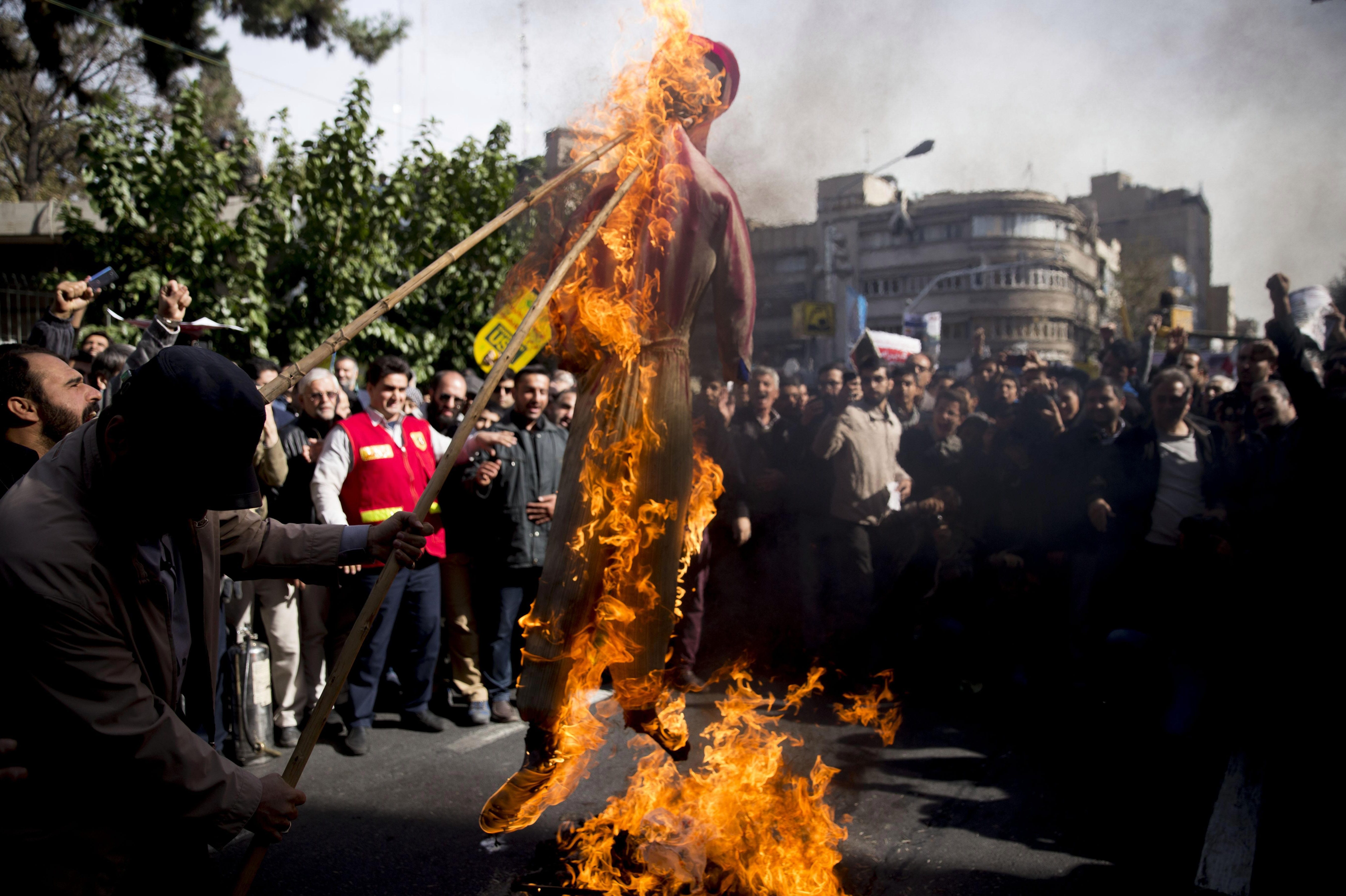 US Secretary of State Mike Pompeo claimed that more than 100 big international companies had withdrawn from Iran in recent weeks due to the looming sanctions, adding that Iran’s oil exports had already fallen by one million barrels a day. 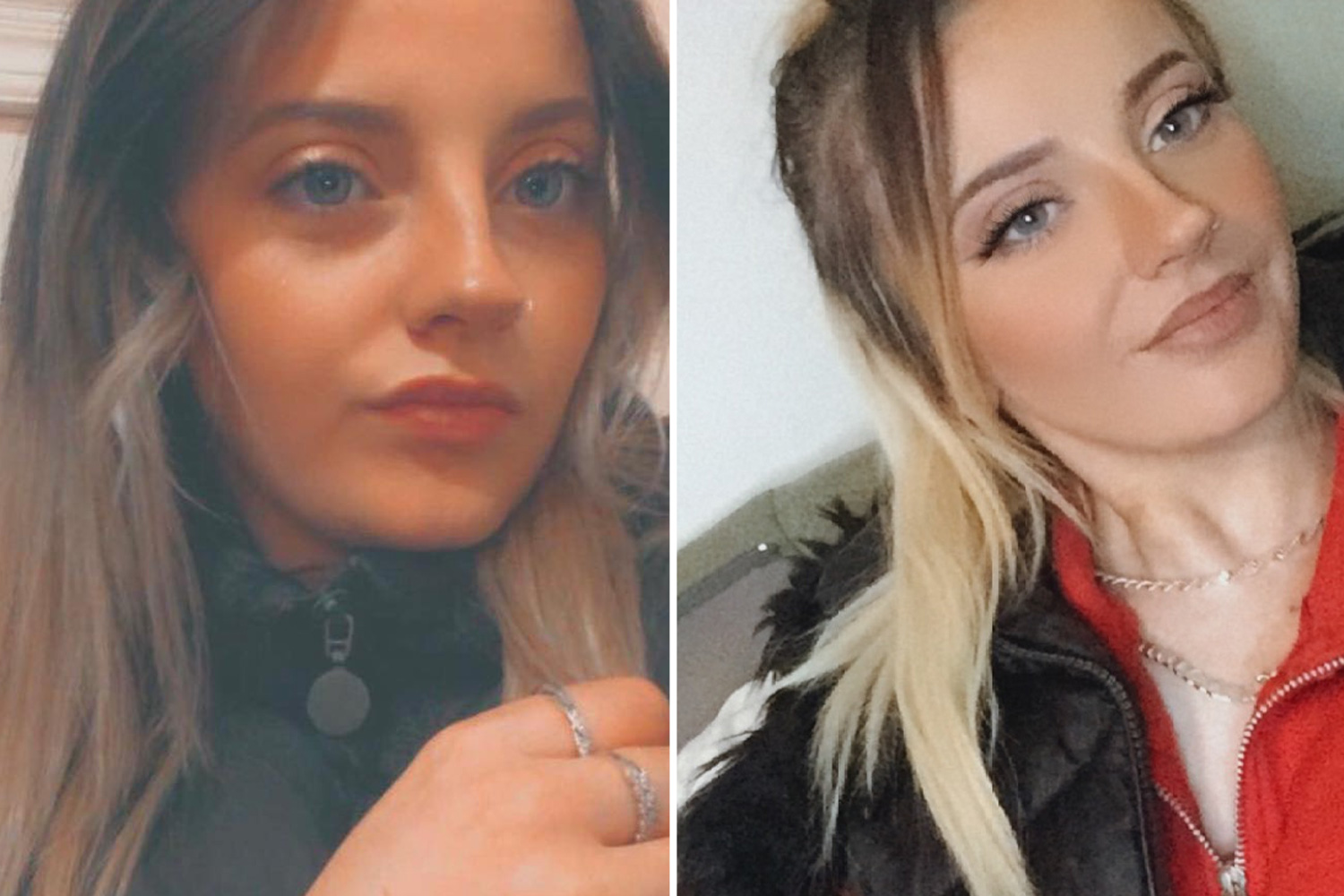 The mass anti-US rally took place on the 39th anniversary of the occupation of the US embassy in Tehran.

The incident ultimately resulted in four decades of mutual hostility between the nations which continues today.