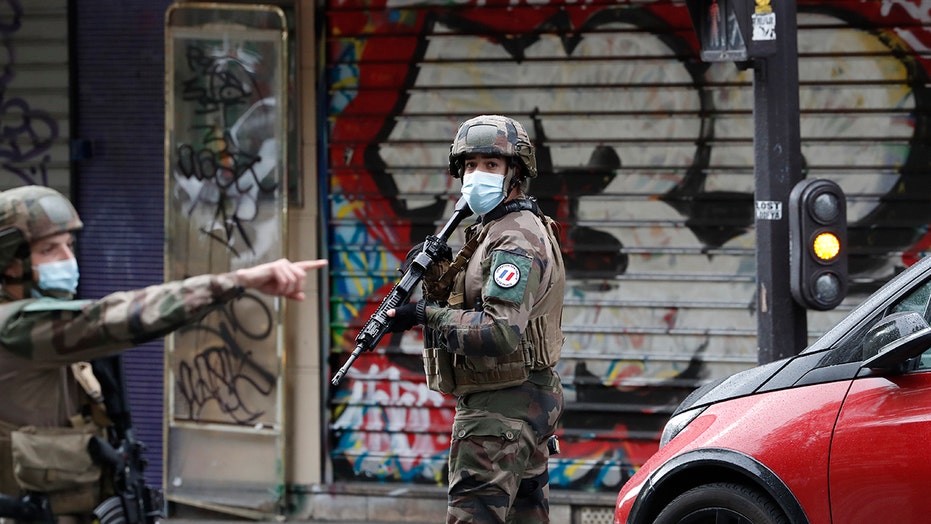 PARIS — The fugitive widow of an Islamic State gunman and a man described as his logistician on Wednesday were convicted of terrorism charges and sentenced to 30 years in prison in the trial of 14 people linked to the January 2015 attacks in Paris against the satirical Charlie Hebdo newspaper and a kosher supermarket.

The verdict ends the three-month trial linked to the three days of killings across Paris claimed jointly by the Islamic State group and al-Qaida. During the proceedings, France was struck by new attacks, a wave of coronavirus infections among the defendants, and devastating testimony bearing witness to bloodshed that continues to shake France.

All three attackers died in police raids. The widow, Hayat Boumeddiene, fled to Syria and is believed to still be alive. The two men who spirited her out of France, who were also tried in absentia, are thought to be dead, although one received a sentence of life in prison just in case.

Eleven others were present and all were convicted of the crime, with sentences ranging from 30 years for Ali Riza Polat, described as the lieutenant of the virulently anti-Semitic market attacker, Amédy Coulibaly, to four years with a simple criminal conviction. 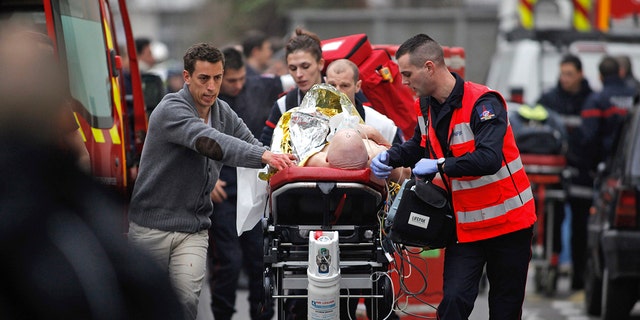 In this Jan. 7, 2015, file photo, an injured person is transported to an ambulance after a shooting at the French satirical newspaper Charlie Hebdo’s office in Paris, France. The terrorism trial of 14 people linked to the January 2015 Paris attacks on the satirical weekly Charlie Hebdo and a kosher supermarket ends Wednesday after three months punctuated by new attacks, a wave of coronavirus infections among the defendants, and devastating testimony bearing witness to three days of bloodshed that shook France. (AP Photo/Thibault Camus, File)

The Jan. 7-9, 2015, attacks in Paris left 17 dead along with the three gunmen. The 11 on trial in a specially formed terrorism court, all men, formed a loose circle of friends and criminal acquaintances who claimed any facilitating they may have done was unwitting or for a more run-of-the- mill crime like armed robbery.

One gambled day and night during the three-day period, learning what had happened only after emerging blearily from the casino. Another was a pot-smoking ambulance driver. A third was a childhood friend of the market attacker, who got beaten to a pulp by the latter over a debt.

It was the coronavirus infection of Polat, who arranged the weapons and vehicle purchases, that forced the suspension of the trial for a month. Polat's profane outbursts and insults drew rebukes from the chief judge. A handwriting expert testified it was Polat who scrawled a price list of arms and munitions.

In all, investigators sifted through 37 million bits of phone data, according to video testimony by judicial police. Among the men cuffed behind the courtroom’s enclosed stands, flanked by masked and armed officers, were several who had exchanged dozens of texts or calls with Coulibaly in the days leading up to the attack.

Also testifying were the widows of Chérif and Saïd Kouachi, the brothers who stormed Charlie Hebdo’s offices on Jan. 7, 2015, decimating the newspaper’s editorial staff in what they said was an act of vengeance for its publication of caricatures of the Prophet Muhammad years before. The offices had been firebombed before and were unmarked, and editors had round-the-clock protection. But it wasn’t enough.

In all, 12 people died that day. The first was Frédéric Boisseau, who worked in maintenance. Then the Kouachis seized Corinne Rey, a cartoonist who had gone down to smoke, and forced her upstairs to punch in the door code. She watched in horror as they opened fire on the editorial meeting. 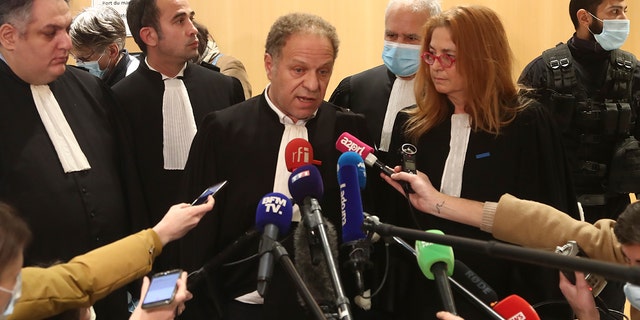 Plaintiffs’ lawyer Mehana Mouhou, center, answers reporters after the verdict in the January 2015 Paris attacks trial, Wednesday, Dec.16, 2020, in Paris. The fugitive widow of an Islamic State gunman and a man described as his logistician on Wednesday were convicted of terrorism charges in the trial of 14 people linked to the January 2015 attacks in Paris against the satirical Charlie Hebdo newspaper and a kosher supermarket. The verdict ends the three-month trial linked to the three days of killings across Paris claimed jointly by the Islamic State group and al-Qaida. (AP Photo/Michel Euler)

"I was not killed, but what happened to me was absolutely chilling and I will live with it until my life is over," she testified.

The next day, Coulibaly shot and killed a young policewoman after failing to attack a Jewish community center in the suburb of Montrouge. By then, the Kouachis were on the run and France was paralyzed with fear.

Authorities didn’t link the shooting to the massacre at Charlie Hebdo immediately. They were closing in on the fugitive brothers when the first alerts came of a gunman inside a kosher supermarket. It was a wintry Friday afternoon, and customers were rushing to finish their shopping before the Sabbath when Coulibaly entered, carrying an assault rifle, pistols and explosives. With a GoPro camera fixed to his torso, he methodically fired on an employee and a customer, then killed a second customer before ordering a cashier to close the store's metal blinds, images shown to a hushed courtroom.

The first victim, Yohan Cohen, lay dying on the ground and Coulibaly turned to some 20 hostages and asked if he should "finish him off." Despite their pleas, Coulibaly fired a killing shot, according to testimony from cashier Zarie Sibony.

"You are Jews and French, the two things I hate the most," Coulibaly told them.

Some 40 kilometers (25 miles) away, the Kouachi brothers were cornered in a printing shop with their own hostages. Ultimately, all three attackers died in near-simultaneous police raids. It was the first attack in Europe claimed by the Islamic State group, which struck Paris again later that year to even deadlier effect.

Prosecutors said the Kouachis essentially self-financed their attack, while Coulibaly and his wife, Hayat Boumeddiene, took out fraudulent loans. Boumeddiene, the only woman on trial, fled to Syria days before the attack and appeared in Islamic State propaganda.

One witness, the French widow of an Islamic State emir, testified from prison that she'd run across Boumeddiene late last year at a camp in Syria and Boumeddiene's foster sisters said they believed she was still alive. Testifying as a free man after a brief prison term, for reasons both defense attorneys and victims described as baffling, was the far-right sympathizer turned police informant who actually sold the weapons to Coulibaly.

Three weeks into the trial, on Sept. 25, a Pakistani man steeped in radical Islam and armed with a butcher’s knife attacked two people outside the former Charlie Hebdo offices on Nicolas-Appert street long since vacated by the publication.

Six weeks into the trial, on Oct. 16, a French schoolteacher who opened a debate on free speech by showing students the Muhammad caricatures was beheaded by an 18-year-old Chechen refugee.

Eight weeks into the trial, on Oct. 30, a young Tunisian armed with a knife and carrying a copy of the Quran attacked worshippers in a church in the southern city of Nice, killing three. He had a photo of the Chechen on his phone and an audio message describing France as a "country of unbelievers."