Israel defies the odds to flourish

Today marks 70 years since Israel’s founders took a leap of faith and declared the independence of the modern state of Israel, in the ancient Jewish homeland. There had been Jewish kingdoms there in ancient times, and, for thousands of years, a significant Jewish presence, despite various exiles, and multiple overlords.

The right of the Jews to their homeland was acknowledged by the League of Nations when the British Mandate over Palestine was established following World War I, and formalised by the 1947 UN partition of Palestine into Jewish and Arab states. Unfortunately, while the Jews accepted a partition with far less land than they aspired to, the local Arabs and surrounding Arab nations rejected any Jewish state, immediately invading from all sides. Israel survived with the loss of 1 per cent of its population.

Defence against annihilation and terrorism and the search for peace have been constant themes of Israel’s 70-year history. There were further wars for survival in 1967 and 1973, before the historic Camp David Accords of September 1978 saw peace between Israel and Egypt, with Israel withdrawing fully from Sinai, dismantling its settlements there. Peace with Jordan followed in 1994. 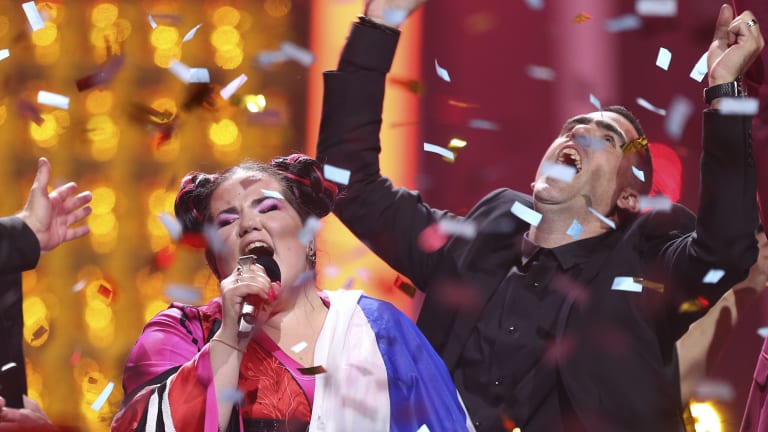 The Palestinian issue has been a continuing challenge for Israel. The War of Independence led to the Palestinian refugee issue, with approximately 700,000 Arabs leaving or, in some cases, being forced out of Israel. In a prime example of the frequent international discrimination against Israel, Palestinian refugee status, uniquely, became hereditary, meaning the 700,000 have increased to more than 5 million.

Since the 1993 Oslo Accords, Israel has striven to reach a two-state peace with the Palestinians. There were generous offers of statehood in 2000-01 and 2008, with a capital in east Jerusalem, and a total withdrawal from Gaza in 2005. The offers were summarily refused, while a terrorist intifada took more than 1,000 Israeli lives between 2000 and 2005. The Gaza withdrawal led to well over 10,000 rockets, infiltration tunnels dug under the border, and three wars, as the terrorist group Hamas took over. Peace initiatives since 2008 have been similarly rebuffed. The current Gaza protests, depicted as peaceful, are actually an attempt by Hamas to breach the border and threaten Israeli communities under the cover of protests, while the baseless “right of return” they demand would end Israel as Jewish state.

Despite the constant threats, today most notably from the Iranian axis, with Iran now on Israel’s Syrian border, Israel has defied the odds to flourish. Perhaps its greatest achievement is remaining a liberal democracy in the true sense, the only one in the Middle East, with equal rights for all citizens, regardless of ethnicity or religion. Economically, it has become a powerhouse, with its innovation and start-up culture widely admired, making it a greatly sought after trade partner. It has become appreciated for its many contributions to the international community, including life-saving medical and agricultural technology, and disaster aid. It has even won Eurovision four times.

Diplomatically, despite continuing wildly disproportionate focus and unjustified criticism in international bodies, including the UN, and the world’s media, Israel has better international ties than ever. Many Asian, African and Latin American countries, previously reflexively hostile, are establishing warm relations, and even Saudi Arabia and Gulf States are, for the first time, affirming its right to exist and defend itself.

The welcome US decision to move its embassy to Jerusalem – heavily criticised even though President Trump made it clear it does not prejudice the chance of a Palestinian capital in east Jerusalem – simply acknowledges the reality that Jerusalem has been Israel’s capital since 1948, and that Israel has the same right as any country to choose its capital. It is an appropriately symbolic way to mark the anniversary. Other countries are already beginning to follow suit.

Israel obviously still has many challenges, but its brave founders could never have anticipated the modern, vibrant state it has become in 70 years, and would undoubtedly be delighted with its many achievements.

defies, flourish, israel, odds, the, to
You may also like: