ISRAEL Prime Minister Benjamin Netanyahu has branded a Last Supper-style art exhibition of him as a "shameful threat of crucifixion."

The mock statue of him in Tel Aviv shows a chubby Netanyahu enjoying a huge meal all to himself in the style of Leonardo da Vinci's Last Supper painting. 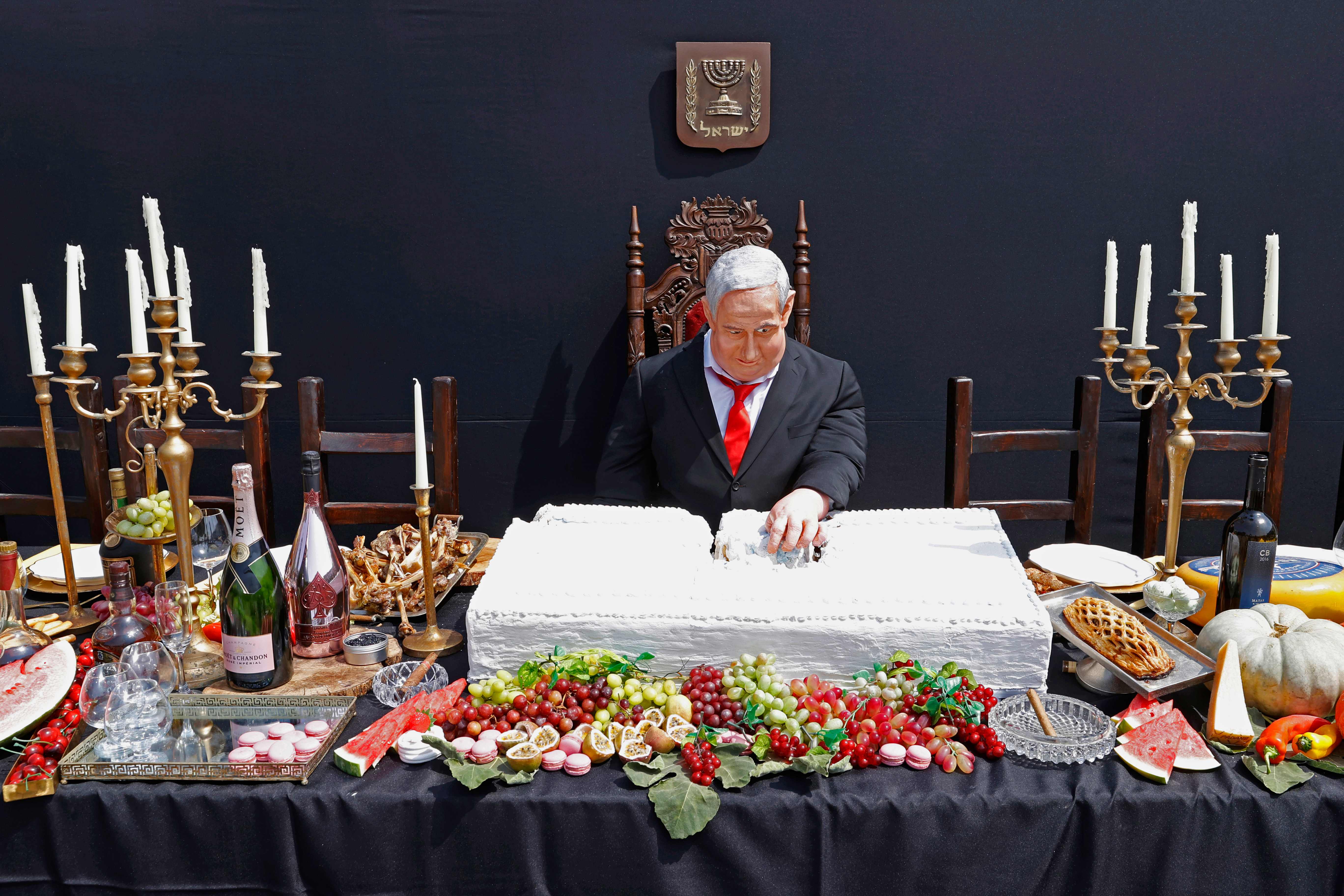 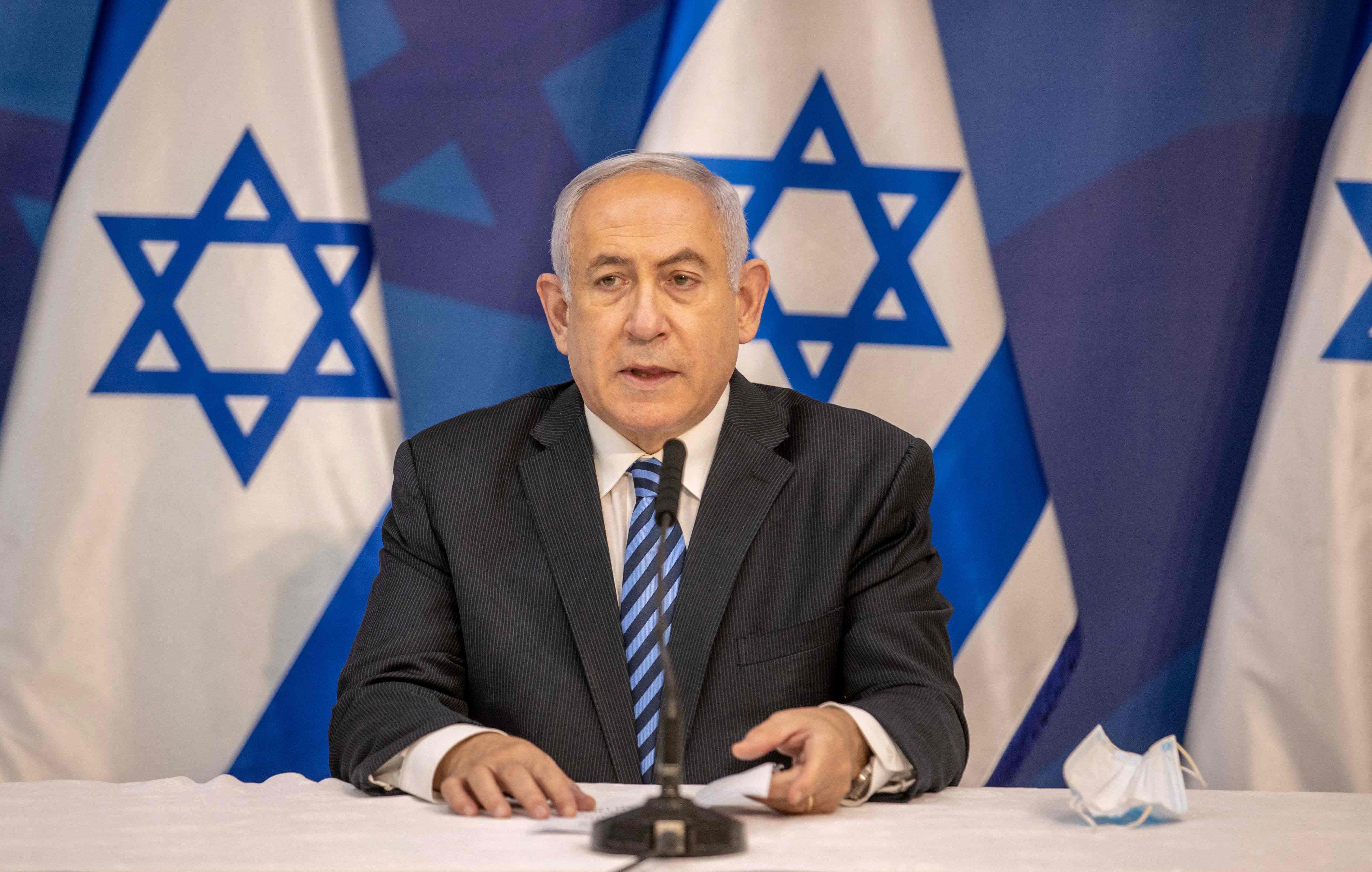 The unflattering art exhibition references the Prime Minister's alleged corruption charges for which he is on trial for.

But Netanyahu sees it as amounting to a threat following Jesus' crucifixion after his 'Last Supper'.

The artist responsible, Itay Zalait, said the installation in the city's Rabin Square was meant to symbolise the "last supper of Israeli democracy."

The 32ft table where the Netanyahu figure sits is loaded with large fruit and he is seen grabbing at a huge cake resembling the Israeli flag.

He is also accompanied by piles of cash and empty bottles of alcohol and a cigar.

This is believed to be a reference to the expensive gifts Netanyahu is accused of improperly accepting from wealthy associates.

The Prime Minister is joined by empty chairs and is alone at the dinner.

Mr Zalait said: "You have the prime minister of Israel sitting in the centre of the table and grabbing and sucking all this rich food to himself.

"Now he's practically finished this meal and he's now at the stage of the dessert, which is referring to the last minutes of time we can do something to save Israeli democracy."

Netanyahu has seen his popularity plunge in opinions polls as he faces criticisms over his handling of the coronavirus crisis and the economic fallout.

He is also standing trial on multiple corruption charges – including allegations that he accepted gifts of champagne and cigars from wealthy businessmen – which he strongly denies.

The art exhibition comes amid protests where his critics demand he resign. 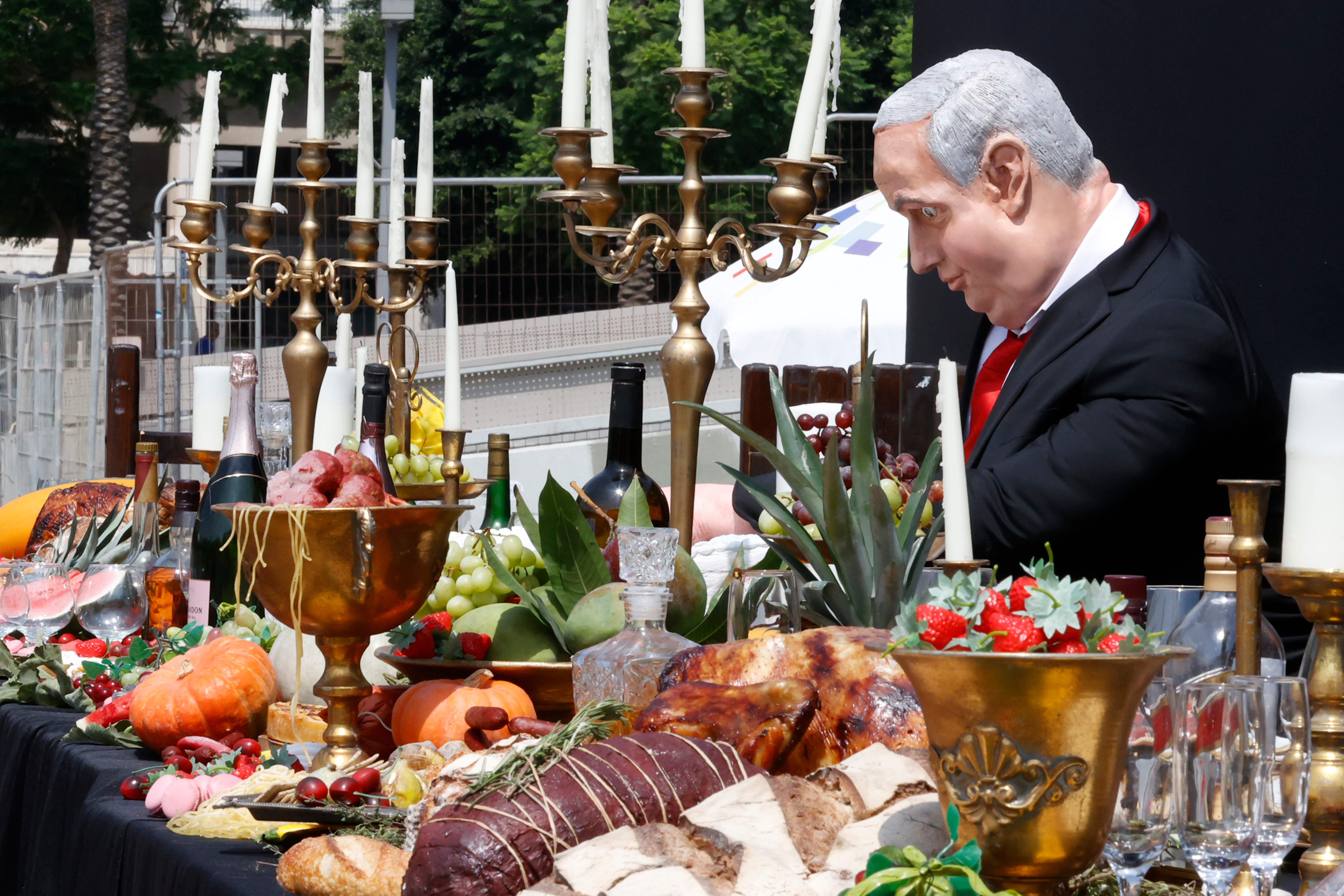 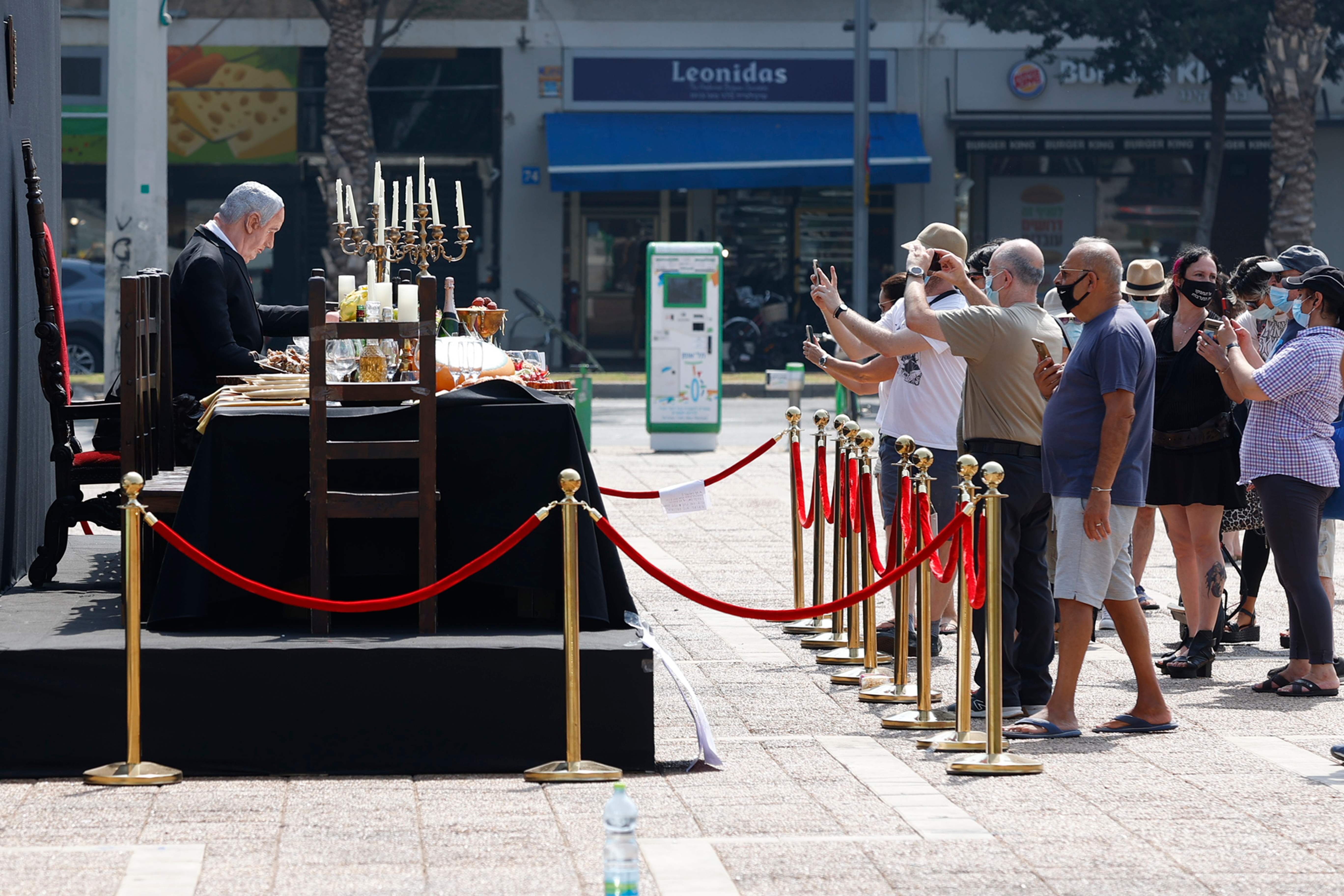 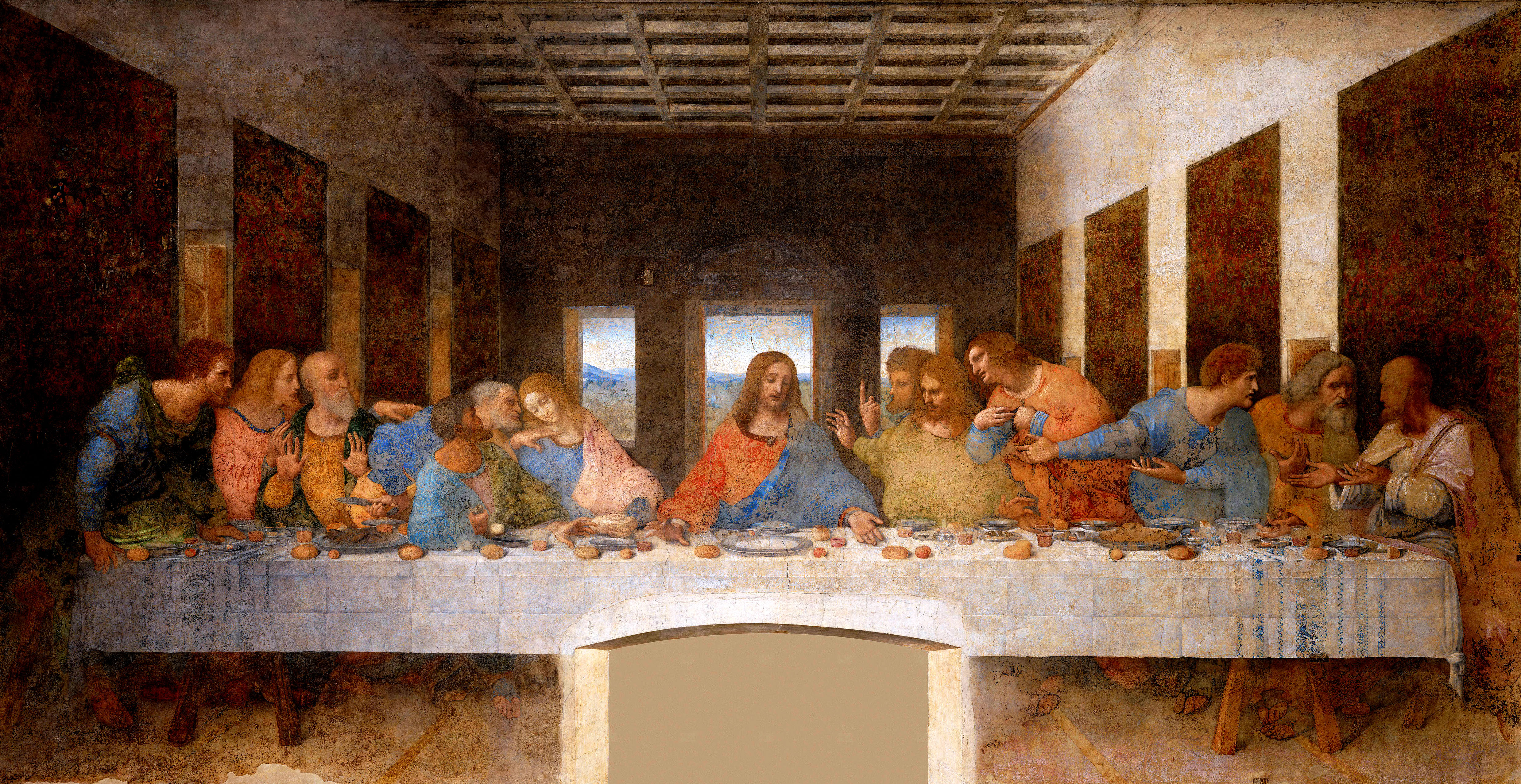