Israel’s Netanyahu to get COVID vaccine on Saturday

Jerusalem: Israeli Prime Minister Benjamin Netanyahu will get the coronavirus vaccine on Saturday, according to a statement from his office.

Netanyahu wants to be the first Israeli to receive the shot in order to encourage more citizens to get inoculated.

In Israel, some ultra-Orthodox communities have struggled to contain the virus. 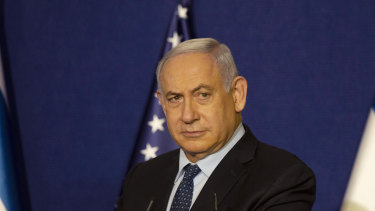 Medical professionals will be first in line to get the vaccine, followed by the elderly and their caregivers, then people over 60 years old, according to the statement.

They will be followed by those with pre-existing medical conditions, and finally the rest of the population.

Medical experts estimate that Israel's ultra-Orthodox have accounted for about one-third of the country’s coronavirus cases, despite making up just 12 per cent of the population. 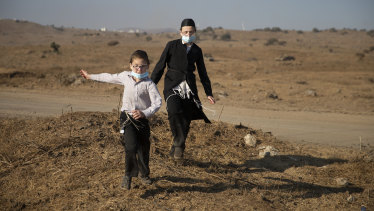 And many middle-class Israelis have participated in mass demonstrations against Netanyahu as the economy has suffered and unemployment has soared.

The flouting of nationwide safety rules in ultra-Orthodox areas has reinforced a popular perception that the community prioritises faith over science and cares little about the greater good.

It also has triggered a backlash that threatens to ripple throughout Israeli society for years.

“Many Israelis understand that there is a serious challenge and we cannot just sort of allow time to pass and hope that this issue will go away,” said Yohanan Plesner, president of the Israel Democracy Institute, a think tank that studies Israeli society and politics.

covi, Get, Israels, Netanyahu, to
You may also like: