Italy has recorded its highest daily death toll from coronavirus with 993 fatalities in the last 24 hours, despite a downward trend in infection rates.

The previous grim record of 969 deaths was set on March 27, when Italy was under national lockdown after becoming the first European country to be hit by the global pandemic. 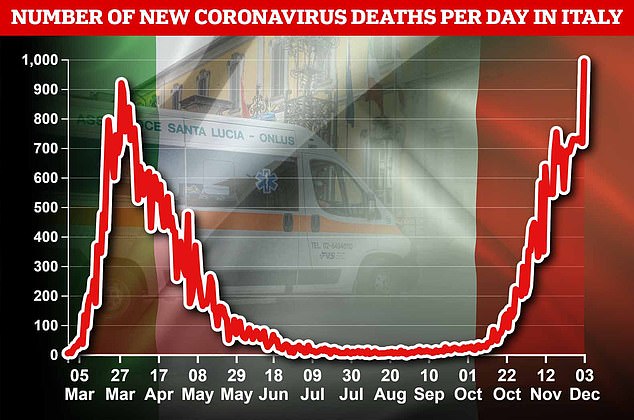 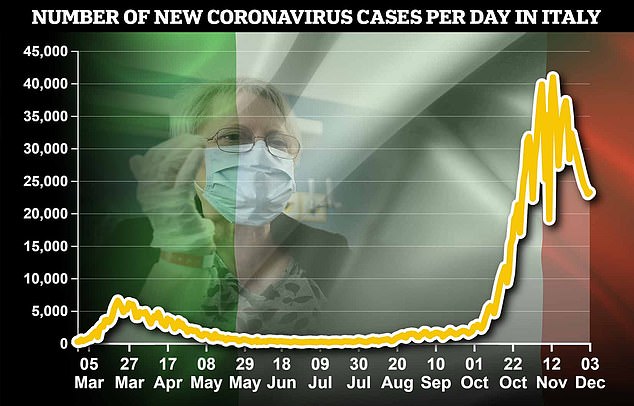 Italy has recorded its highest daily death toll from coronavirus with 993 fatalities in the last 24 hours, despite a downward trend in infection rates

But the daily number of deaths reported has been below 800 for the past five days, while the number of new infections is falling.

The health ministry reported 23,225 new cases on Thursday, compared to 40,902 on November 13. The number of people currently infected has also been falling since the end of November.

The government imposed a nationwide shutdown when coronavirus first hit that brought infection rates under control, but had the effect of crippling the economy. 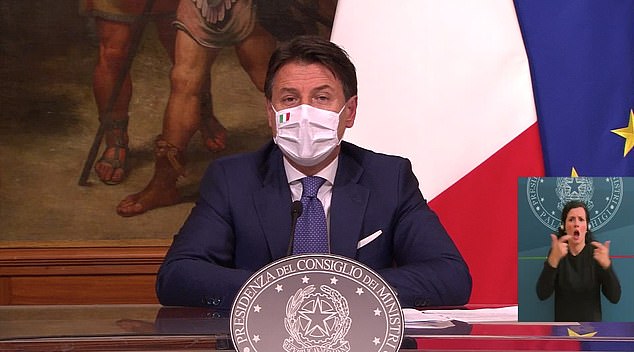 After cases began to rise again in October, bars and restaurants were shut in the early evening and a nationwide night curfew imposed, with tougher measures in the hardest-hit areas.

Ministers say this regional approach is working, but have warned Italians not to let down their guard.

New measures covering the Christmas holidays, a time when most Italians would travel to see family, are expected shortly.

Co., Daily, highest, Italy, reports
You may also like: