Ivanka Trump says developing countries must do more to empower women to get U.S. aid 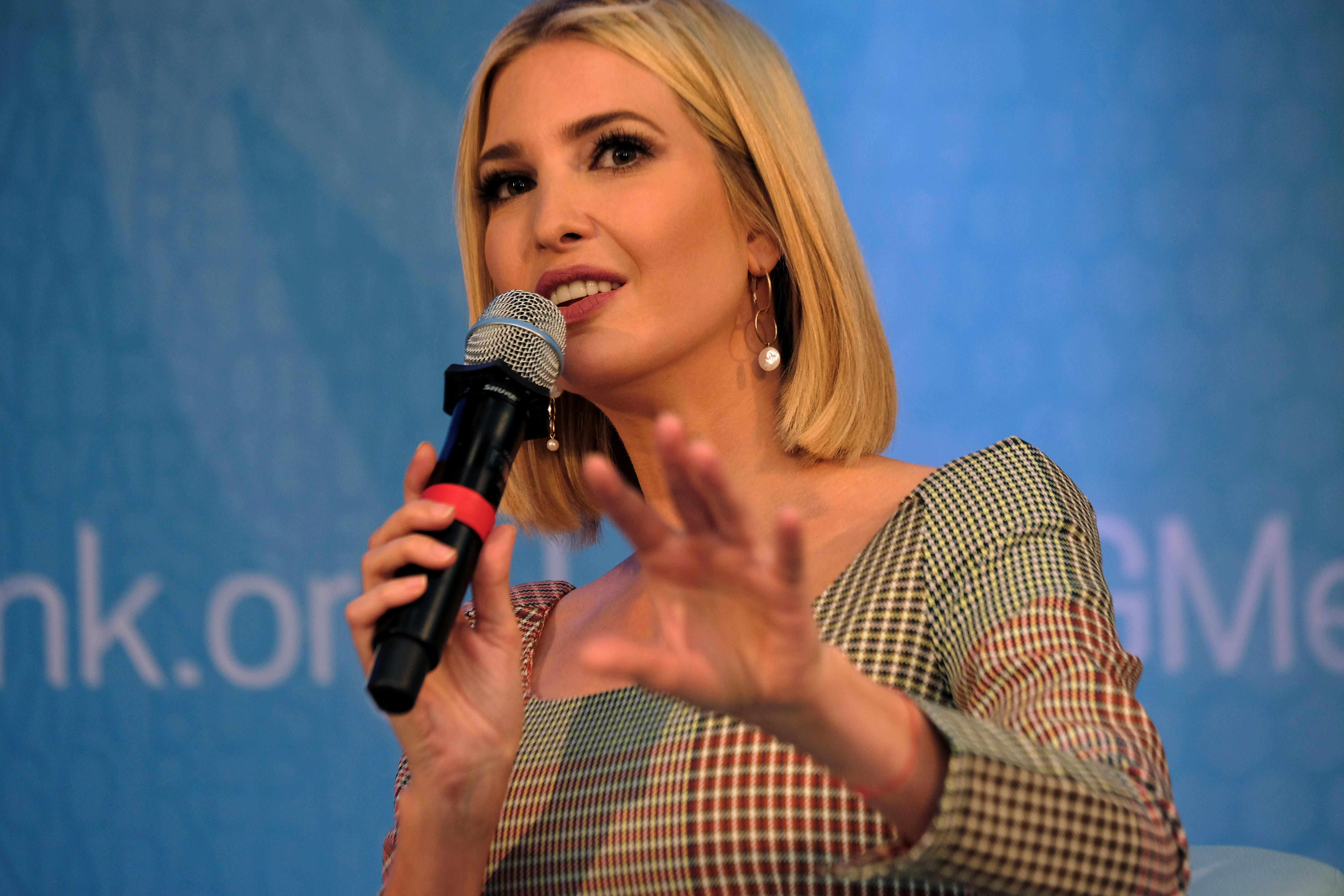 WASHINGTON (Reuters) – Developing countries that want to do business with the United States must do more to empower women and give them better access to the workforce, education and legal protections, White House adviser Ivanka Trump said on Friday.

Trump, the daughter of President Donald Trump, outlined initiatives to bolster the economic status of women at a panel during the IMF/World Bank annual meetings. She appeared to tie future U.S. development aid and trading relations to improvements on these issues by developing countries.

“We in the United States think about our development assistance through the lens of achieving the goal for countries of self-reliance,” she told an audience of hundreds.

“And you cannot achieve self-reliance and the ability of a country to become a trading partner if you are not fully realizing the potential of 50 percent of your population, and in fact have barriers against them to realizing that potential.”

Trump in 2017 launched a women’s entrepreneurship fund with the World Bank and 13 other countries, followed this year by a $50 million project that aims to reach 50 million women by 2025. It is urging countries to change laws that bar women from owning property, using transportation, accessing legal structures and gain access to credit.

These efforts come amid criticism by civil rights groups that the Trump administration is disempowering women at home and abroad. The administration has backed curtailing abortion rights for women in the United States and limiting contraception requirements in health insurance, and it refuses to fund agencies globally that even mention abortion.

Georgieva on Tuesday vowed to fight for greater gender equality at the IMF and around the world, telling a packed audience: “Buckle up. It’s going to come.”

IMF, Ivanka, Us, World, WORLDBANK
You may also like: