Wellington: New Zealand Prime Minister Jacinda Ardern will be taking a seat on comedian Stephen Colbert's couch as she goes on a media blitz in the United States. 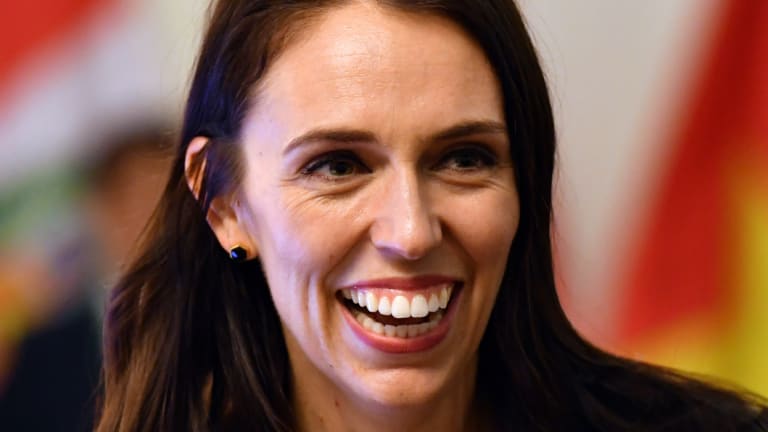 Ardern is heading to New York to speak at the United Nations General Assembly next week and while she says she'll be meeting other leaders, and talking multilateralism and climate change, she's now also confirmed a line-up of high-profile appearances to promote her country.

She'll be showing up on the Today Show and sitting down with journalist Christiane Amanpour for a long-form interview.

But it is her appearance on Late Show with Stephen Colbert on Wednesday that will likely garner most attention.

"Promoting New Zealand on the world stage is a key role of every Prime Minister," Ms Ardern said on Thursday.

The shows, between them, are estimated to have a viewership of about 7 million people, compared to New Zealand's population of about 4.7 million.

Ardern isn't the first Kiwi prime minister to make a showing on American late-night TV, with Sir John Key popping up on the Late Show with Colbert's predecessor, David Letterman, in 2009.

Since meteorically rising to power and sparking the phenomenon dubbed "Jacindamania" last year,  Ardern has gained rock-star status among the world's political left.

The visit will also be the first overseas trip for her daughter, Neve, who was born in June.

Ardern on Thursday told TVNZ while her status as only the second woman to have a child while in office would draw much of the attention during the trip, she was adamant about keeping other issues in focus.

"I absolutely accept the interest that exists," she said.

"(But) I certainly make sure when those opportunities arise, though, I come squarely back, not to my personal issues, but to the role New Zealand can play on the international stage."