Japan’s adults become younger: Country will legally recognise coming of age at 18 instead of 20 (but they still can’t smoke or drink)

Japan is set to change its coming of age from 20 to 18 as part of measures aimed at revitalising the country’s ageing population.

The new law, which is set to take effect in 2022, will see millions of Japanese youths declared adults by statute two years earlier than their elders.

But unfortunately for the new wave of grown-ups – the change still won’t leave them eligible to drink or buy cigarettes.

Japan’s ruling Liberal Democratic Party said the move is intended to spark a population boom amid fears of an age crisis on the island nation. 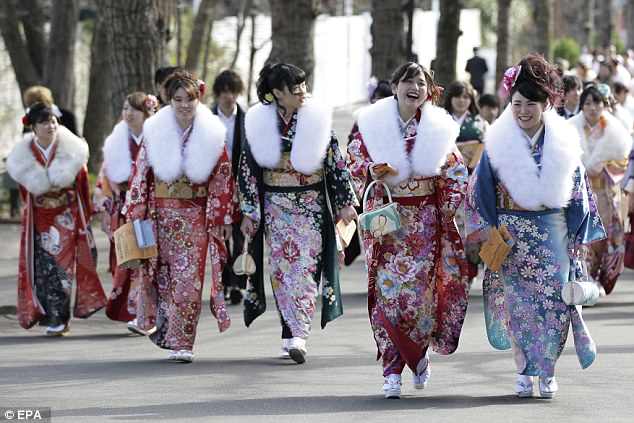 The law aims to combat this by allowing Japanese to get married from the age of 18 without parental consent.

Under the new rules, they’ll also be able to apply for credit cards and make loans without parental approval and, if they want, they can obtain a passport valid for 10 years – all moves aimed at making youngsters more independent.

Commentators have claimed Japan is sitting on a ‘demographic time bomb’ as fewer and fewer marriages and births are recorded every year.

Mary Brinton, a Harvard sociologist, told Business Insider that the nation is facing ‘the death of the family’. 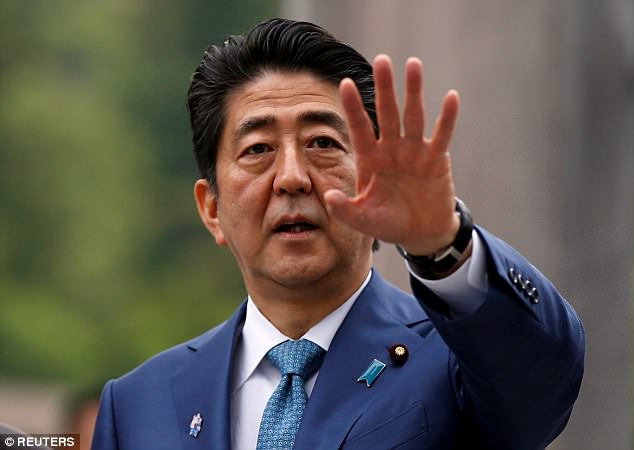 Worrying figures have sparked a frenzy of activity among the Japanese political class as the government, under Prime Minister Shinzo Abe, tries to fight back the tide of the declining populace.

Currently, males over the age of 18 and females 16 and over can marry – but only with the say-so of their parents. Otherwise you need to be 20.

As part of the lowering of the adulthood age, revisions have been made to more than 20 laws, including those on nationality and certain professional qualifications such as being a chartered accountant.

According to politicians, the change represents first time the age of adulthood has been altered since it was set in 1876.