Shop workers armed themselves with a metal pole and barricaded themselves inside a sportswear store during a violent confrontation with a gang of shoplifters.

The botched raid took place at an Ilford branch of JD Sports in East London and saw the alleged thieves running away with stolen clothes.

They could be seen flinging the clothes at a group of shop assistants who tried to confront them, before knocking a woman and her male colleague to the ground.

The alleged thieves could be seen getting more and more violent as staff members were shoved, kicked and threatened.

At one point, a member of JD staff can be seen using a metal pole to try and stop the gang.

Eventually, the staff retreated into the store, along with a few terrified customers,  and managed to fight the angry gang off enough to lock themselves in.

However, the gang continued pounding on the front door in an effort to get at the staff.

The police were called as the terrified staff huddled behind the door. 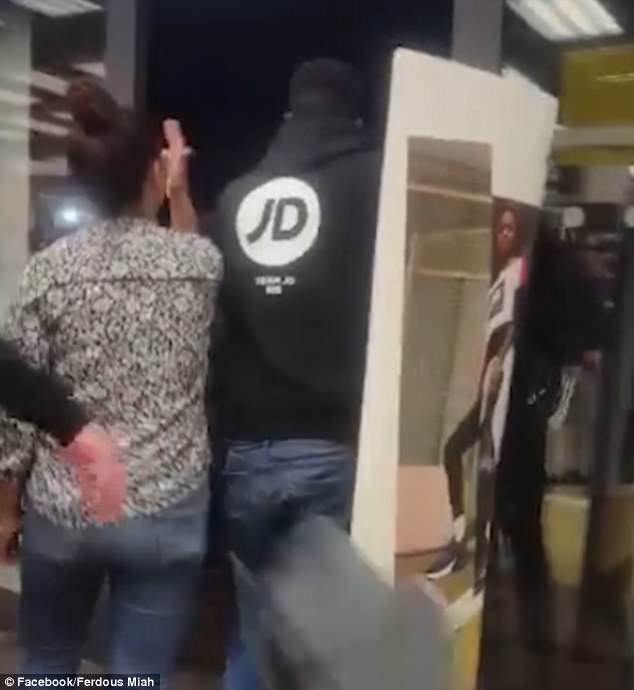 Shop workers at the JD Sports branch in Ilford, East London, trying to fight off the gang 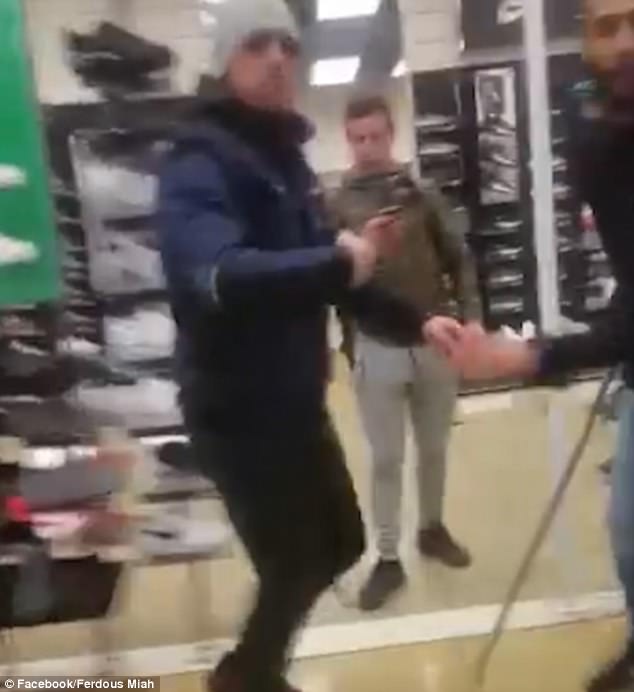 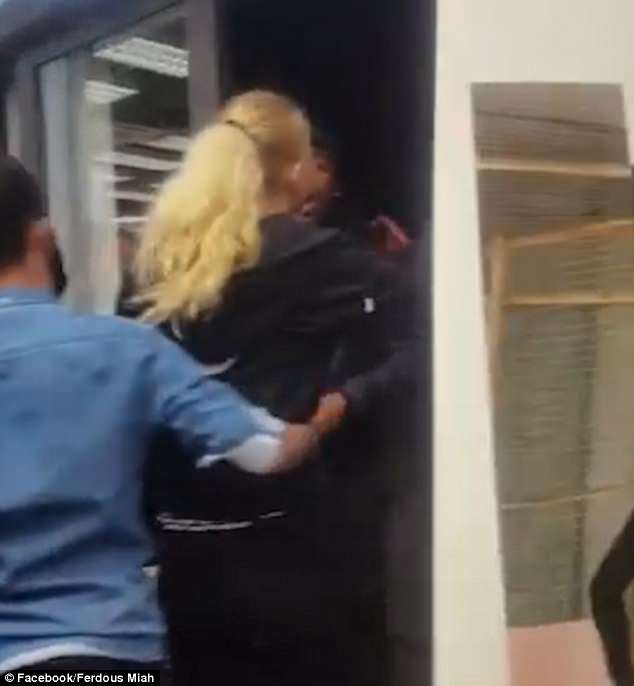 Boiling point: A woman tried to usher the group outside the store away from the doors

The Metropolitan Police said no arrests had been made but an investigation was ongoing.

‘Officers were called to a sportswear shop in Eastern Avenue, Ilford at 19:50hrs on Tuesday, 20 March following reports of a group of up to 10 males entering the store, grabbing items and then leaving’, a spokesman said.

‘Officers attended spoke to staff and a full shoplifting report has been taken. Some staff suffered minor injuries as they attempted to prevent the group leaving.

‘Local CCTV footage has also been recovered. No arrests have been made. Enquiries continue. Police in Redbridge continue to deal.’ 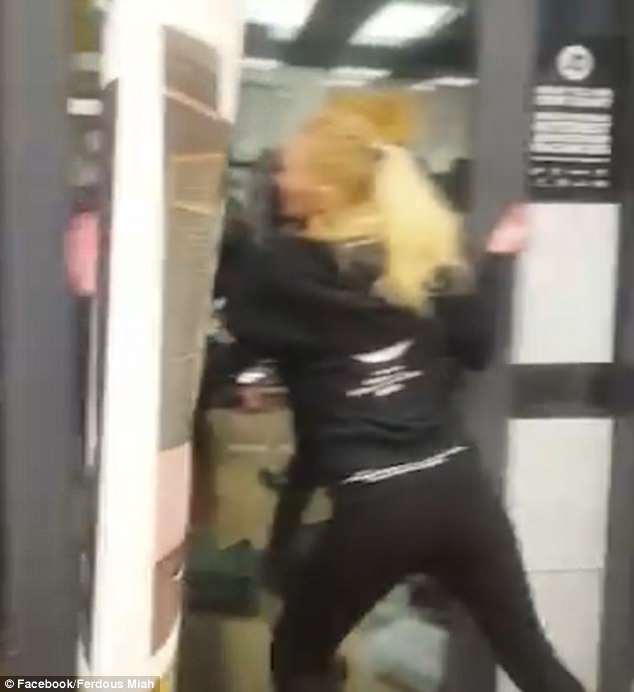 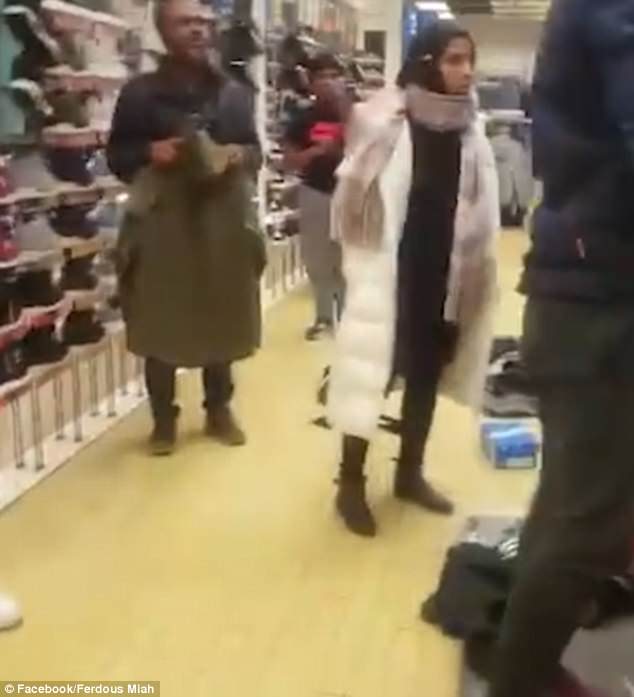