CHILLING bodycam footage reveals the moment a crazed sister gave away her guilt using a "whiny voice" after knifing her sister 68 times to steal her husband. 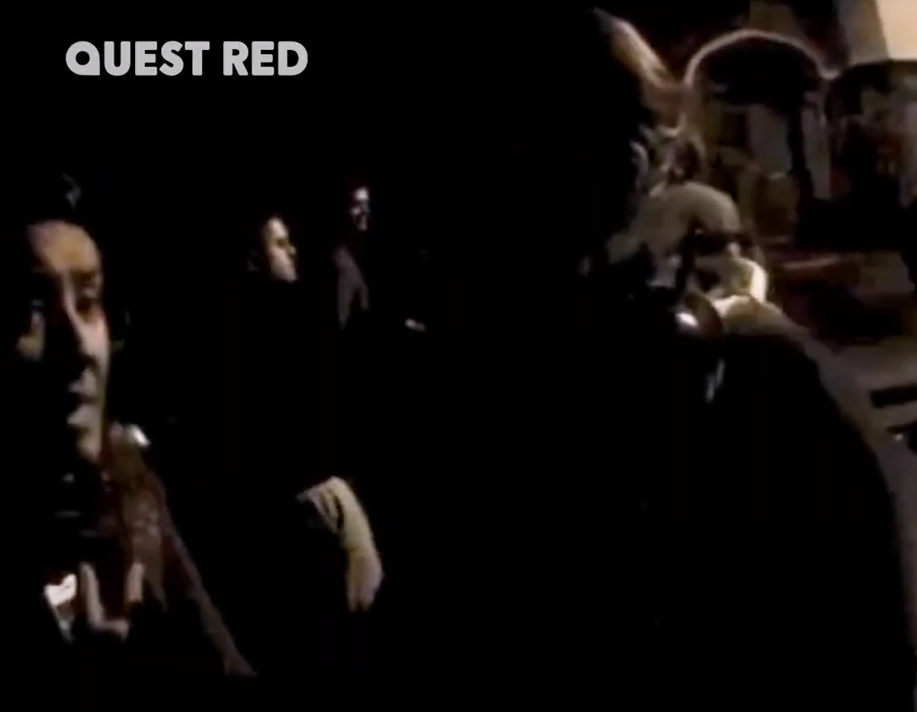 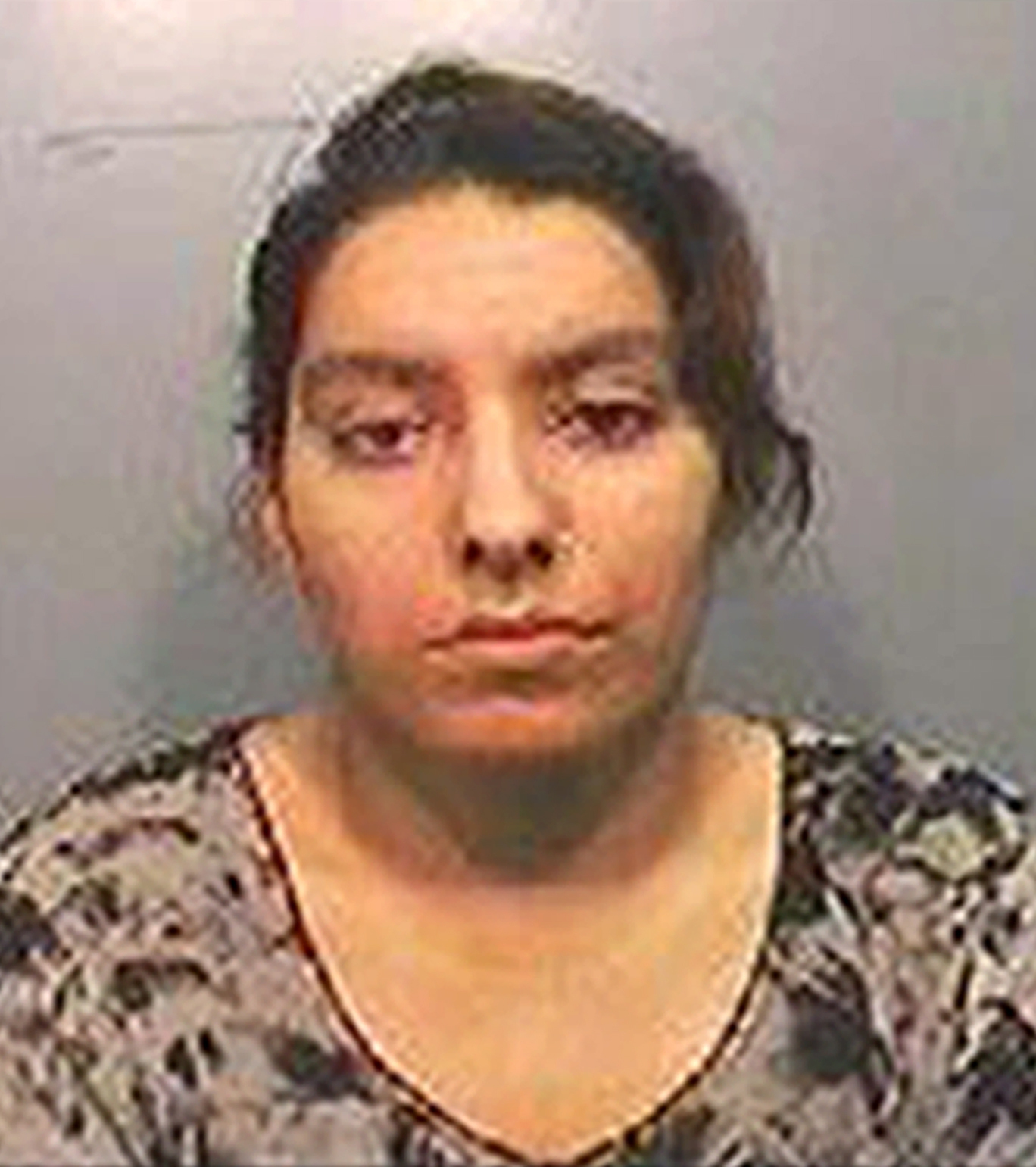 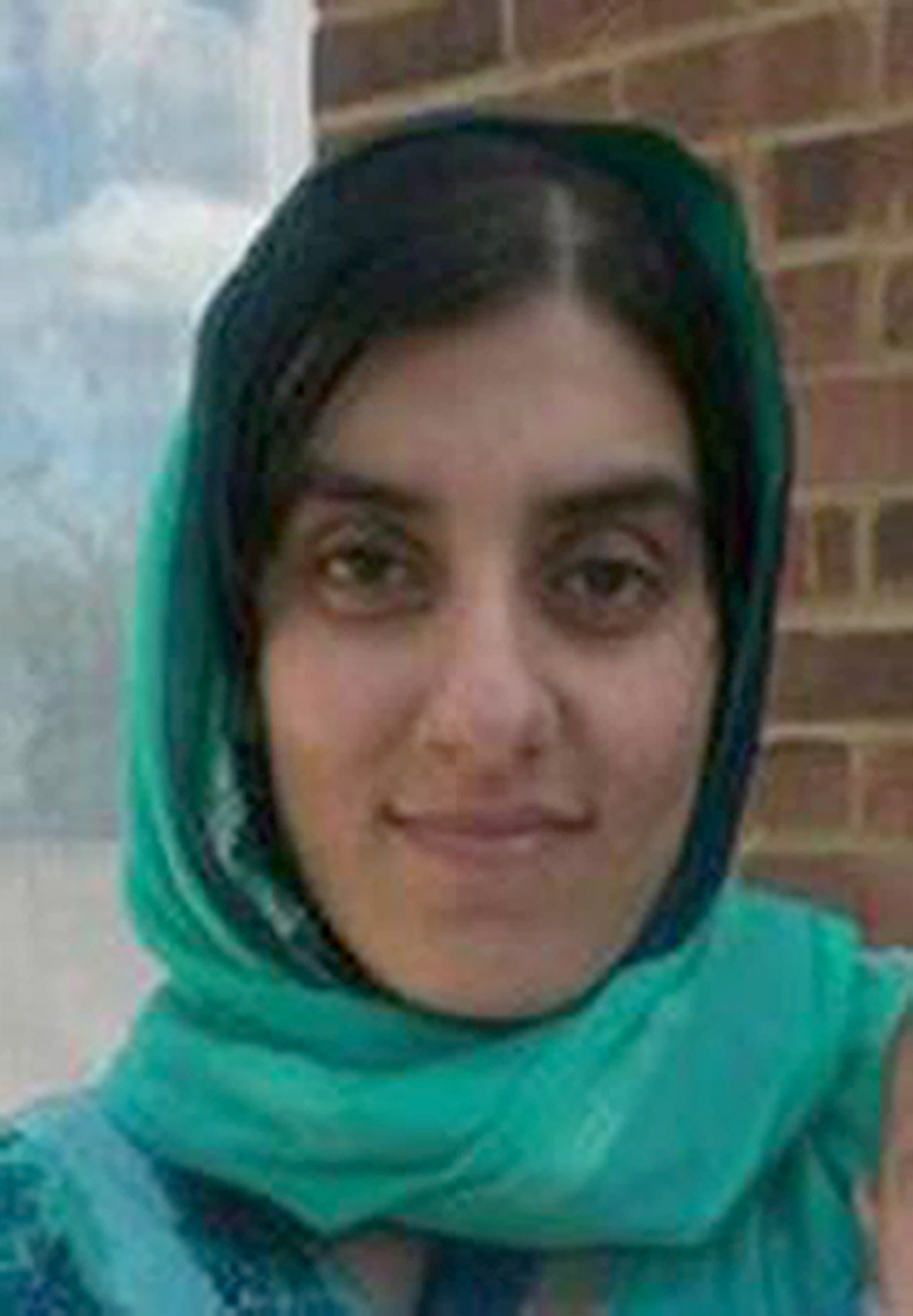 She delved into gruesome methods for killing Saima – including buying poison, venomous snakes and researching black magic – because she "wanted him for herself".

The sicko eventually settled on buying a knife from Tesco before butchering the 34-year-old in a frenzied attack in 2016 as her four young children slept upstairs.

Khan stabbed Saima 68 times and slit her throat as her seven-year-old niece chillingly shouted down the stairs: "Are you killing a mouse?"

After leaving her sibling's butchered body in the Luton home they all shared, Khan then spun a web of lies as she played the role of the grieving sister.

But TV show Faking It: Tears of a Crime shows the moment Sabah revealed her guilt while trying to cover up the gruesome crime in police bodycam footage.

The killer can be seen getting breathless as she describes the grisly bloodbath that greeted her in the hallway.

She says: "When I came down I literally saw her there with glass lying around her.

"I literally just ran over there, and I took a scarf to cover it because I was going to, you know when you cover the wound and like, stop it from bleeding."

At one point an officer asks "what have you done to your hand?" to which she replies: "She had glass so I took the glass out and there was glass everywhere so I was just hugging her to me and then I don't know."

But body language expert Cliff Lansley tells the show: "She's using a forced, whiny voice which is higher-pitched than the normal baseline.

"It's pitched in a way she thinks will project she's sad when really this is just a false sad voice. Sad people don't sound like that unless they're crying and she's clearly not crying."

Taxi driver Hafeez was 21 when first met Sabah – then aged ten – with the pair later engaging in secret romps at the family home while Saima was at work.

Khan began developing a deadly obsession with her brother-in-law and began researching murder methods online to get her love rival sister out of the picture.

She came across a witch doctor in Pakistan and handed over £5,000 for him to "put a spell" on Saima to "bring about her early death".

In haunting texts, Khan told him: "Sorry to bother you again and again. My friend is really upset now Hafeez does not even look at her ….he says he realises his mistake … You finish off Saima as quick as possible so Sabah can get her Hafeez back."

But when the "fixer" failed, Khan took matters into her own hands and bought a knife from a supermarket as she hatched a sadistic plan to murder her sister.

On May 23, 2016, Saima was attending a late-night funeral at a local mosque with Hafeez and other family members, while Khan looked after her four nieces and nephews.

But she sent a text to Saima saying she needed to come home quickly as the children were crying in a plot to lure her back alone.

LURED TO HER DEATH

Khan then switched off the lights and lay in wait in sheer darkness for her sister to walk through the front door.

Within 45 seconds of Saima stepping into the pitch black hallway, Khan had pounced on her – knifing her in the skull and face and severing her jugular.

After nearly slicing off Saima's hand, the monster continued hacking at her sister and even inflicted more blows after she had died.

She then left the butchered mum-of-four slumped over in the blood-splattered hallway and staged a burglary as horrified neighbours rushed to the home after hearing Saima's screams.

Khan was arrested after cops found bloodstained clothing and a knife stashed in her bedroom.

She was caged for life with a minimum of 22 years in 2017 after pleading guilty to murder at the Old Bailey.

Speaking after his wife's death, Hafeez said the family's hearts had been "torn apart" and their four children deprived of their mother.

Jealous, lover, Own, sist, stabbed
You may also like: