Jeff Sessions won't recuse himself from probe Into Trump lawyer

Washington: Attorney General Jeff Sessions has decided against recusing himself from the investigation into President Donald Trump's personal lawyer, Michael Cohen, but will consider stepping back from specific questions tied to the probe, according to a person familiar with the matter.

By contrast, Sessions recused himself from the investigation into Russian interference in the 2016 election that's now led by Special Counsel Robert Mueller, a decision that angered Trump and left Deputy Attorney General Rod Rosenstein in charge of the inquiry. 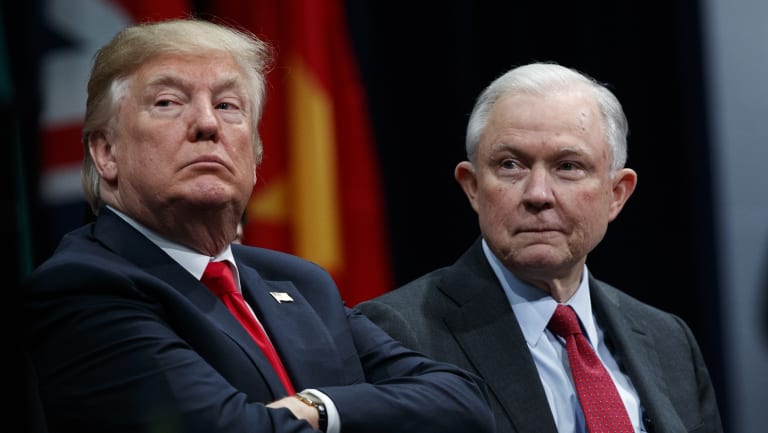 Sessions, who was a top adviser to Trump's presidential campaign, announced in March 2017 that he had decided he should steer clear of "any matters arising from the campaigns" for president. Trump has called Sessions weak for doing so and said he never would have named him as attorney general had he known the recusal would follow.

By staying involved in the Cohen probe, Sessions is entitled to briefings on the status of the investigation, which is being conducted by the US Attorney's Office of the Southern District of New York. That could put Sessions in the position of being asked by Trump, who strongly condemned the FBI's raid on his longtime lawyer, to divulge information about the Cohen investigation.

Sessions could also weigh in on specific decisions by prosecutors, including whether to pursue subpoenas and indictments.

The attorney general is expected to be asked about his role in the Cohen investigation when he testifies before congressional panels on Wednesday and Thursday, as Democrats argue he should recuse himself and Republicans contend he shouldn't.

The Justice Department declined to comment specifically about decisions on recusal in the Cohen investigation, saying only that Sessions follows appropriate procedures.

"The attorney general considers his potential recusal on a matter-by-matter basis as may be needed," the department said in a statement. "To the extent a matter comes to the attention of his office that may warrant consideration of recusal, the attorney general would review the issue and consult with the appropriate Department ethics experts." 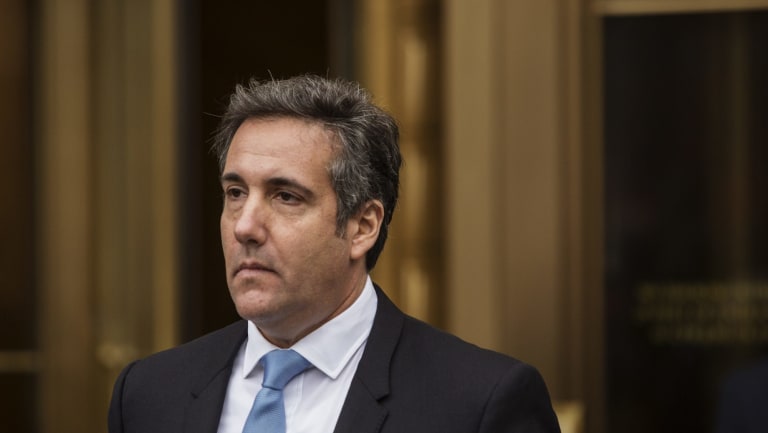 Rosenstein, as the No. 2 official at the Justice Department, is responsible for coordinating and resolving any conflicts between the Mueller probe and the Cohen investigation. The investigation into Cohen's finances and past work was opened based in part on a referral from Mueller.

In a sign of how senior Justice Department officials can become involved in investigative matters, Rosenstein approved the FBI raid earlier this month on Cohen's home, office and hotel room that seized a trove of information.

Trump denounced the raid as "an attack on what we all stand for" and repeated that it was a "terrible mistake" for Sessions to recuse himself from the Mueller probe.

Five Republican House members asked Sessions in a letter released Tuesday why he left up to Rosenstein the decision to raid Cohen's office.

"In light of the fact that the action was not directly related to the Russian investigation, and the subject was the personal attorney of the president of the United States, it would appear that the attorney general should have been involved," Representatives Jim Jordan, Mark Meadows, Lee Zeldin, Ron DeSantis and Matt Gaetz wrote.

But Senator Patrick Leahy, the top Democrat on the Appropriations Committee, took the opposite tack in advance of Sessions's testimony before one of the panel's subcommittees on Wednesday.

He suggested in a letter to Sessions dated April 20 that the attorney general's recusal from campaign-related investigations should apply to the Cohen probe. He said the lawyer's $US130,000 payment to the adult film star Stormy Daniels to keep her from disclosing her allegations of an affair with Trump during the 2016 campaign may have "violated federal campaign finance law."

Absent a full recusal from the Cohen investigation, Sessions can weigh in on certain matters related to the investigation that reach Justice Department headquarters, said Stanley Twardy, a former US attorney for Connecticut who's now a white-collar criminal defense lawyer at the law firm Day Pitney LLP.