Backers of Sir Keir are urging him to stamp his authority on the party by replacing Ms Formby as well as removing party official Karie Murphy, a former chief of staff to outgoing leader Mr Corbyn.

Current party chairman and key Corbyn ally, Ian Lavery, is also expected to be sacked, with insiders saying that the new leader will need his own ‘enforcer’ to begin the process of ridding the party of ‘lunatic Lefties’. 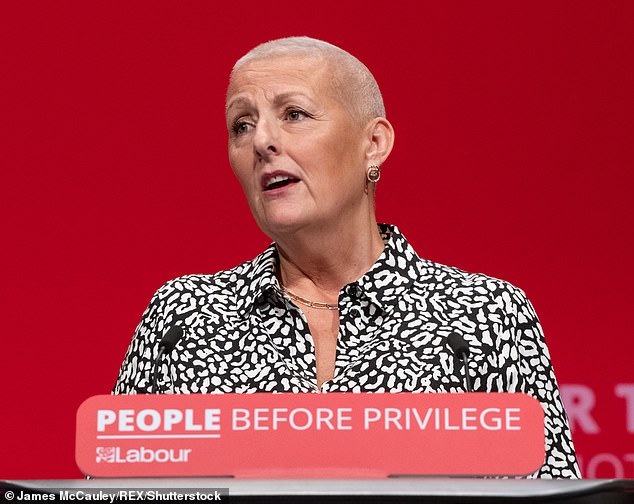 But one senior frontbencher loyal to Mr Corbyn warned last night that a Starmer purge of the Left would make a mockery of his claim to be the unity candidate.

The frontbencher said: ‘If Keir comes in with a plan to settle scores, he will immediately alienate the Left.

‘That won’t bring us together – it’ll split the party even further apart.’

With less than two weeks to go in the leadership race, Sir Keir is seen as the clear favourite ahead of so-called Corbyn continuity candidate Rebecca Long Bailey and former frontbencher Lisa Nandy. 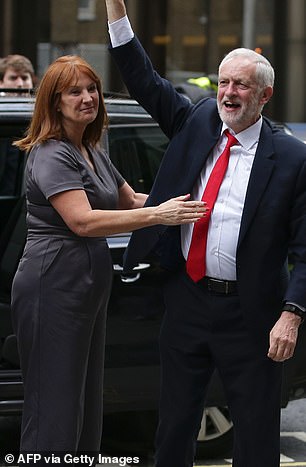 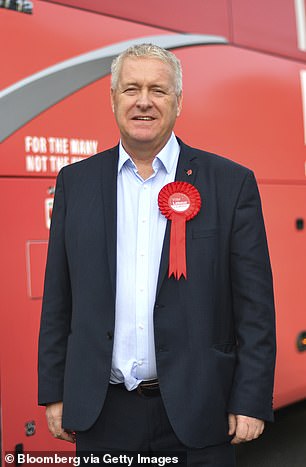 Backers of Sir Keir are urging him to stamp his authority on the party by removing party official Karie Murphy (left) as well as current party chairman and key Corbyn ally, Ian Lavery (right)

Labour insiders say that Sir Keir has been careful not to ‘trash’ Mr Corbyn’s record in order to woo the support of those of the party’s 500,000-plus membership who are still loyal to the outgoing leader.

But one moderate MP said last night: ‘That will have to change in one respect if and when he wins. ‘He must remove key people who are too associated with the Corbyn era and put us back on the path to winning.’

The MP said that must include replacing general secretary Ms Formby and Ms Murphy as the two party officials too closely linked with the ‘disaster’ of the Corbyn era. 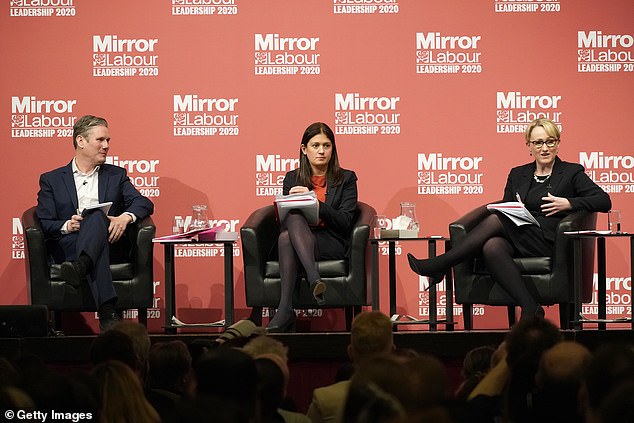 He added that it was up to the party’s ruling National Executive Committee to decide on replacing Ms Formby but that if Sir Keir won the leadership contest, the NEC would soon have a ‘pro-Starmer majority’.

Chester MP Chris Matheson has been mentioned as a possible candidate as the new party chairman who would act as Sir Keir’s ‘enforcer’ within the party structure. Sir Keir could not be reached for comment last night.

But one supporter doubted that he would begin his leadership if he won by ‘picking fights with colleagues’.

The result of the contest is announced on April 4.