At least 65 foreign invitees blocked from participating in meeting in Ramallah organised by the Palestinian Authority. 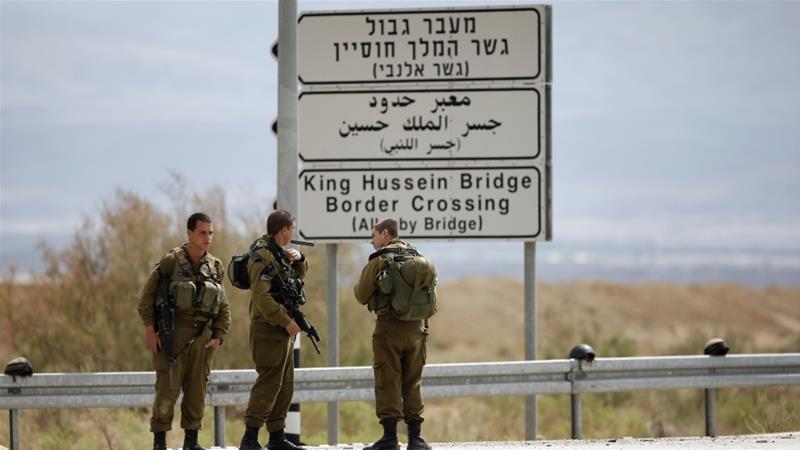 A number of international religious figures and politicians, including a Ghanaian legislator, have been denied entry by Israel after they were set to attend a conference in the occupied West Bank city of Ramallah.

The 9th International Conference on the Holy City of Jerusalem kicked off on Wednesday, but there was a glaring absence of attendees, including a 13-member Indian delegation, a mufti from Sri Lanka, a Bosnian Muslim scholar, and the head of Australia’s Islamic Council.

Ras Mubarak, the Ghana MP, was due to deliver a speech at the conference but was turned away twice at the Allenby border crossing.

“I arrived on Tuesday but was denied entry and told to return this morning only to receive the same harassment and be denied entry once again,” Mubarak told Al Jazeera, adding that he was honouring an invitation by the Palestinian Authority to speak at the conference.

“The Israelis asked me what I was going to do in Palestine,” he continued. “They had given me permission to enter, and then they revoked this authorisation.

“They didn’t give me any reasons for denying me entry.”

Mubarak, a member of the National Democratic Congress party, said the Israelis turned away two buses of people, including academics and Muslim scholars, who had arrived at the border.

Mubarak described the ordeal at the border as “unfortunate, but not surprising”.

“It is not the first time they have prevented a politician or activist from entering the West Bank,” he said. “It is part of an attempt to harass friends of Palestine.

“It is incumbent upon all of us to show solidarity at the African Union and UN level to ensure that this doesn’t keep happening.”

‘There is no Palestine’

Ami Mehl, Israeli ambassador to Ghana, told Ghana’s Starr News radio that Mubarak’s claims of being denied entry for no reason were “just not true”.

“He came without a visa to the border, [and] was asked to wait,” Mehl told radio host Naa Dedei Tettey.

“I was in the middle of a conversation with Israeli authorities about his case and when I was notified he had decided to turn back and go back to his hotel in Jordan.”

When Tettey mentioned that Mubarak said he had Israeli clearance to visit the West Bank, Mehl said that was a “complete lie”.

Mehl then lost his cool after Tettey quoted Mubarak as saying he had permission from Israel to enter the OPT (Occupied Palestinian Territories).

“If you want to talk to me, you will use the terminology I use,” he shouted. “There is no OPT; there is no Palestine, there was never a Palestine. It is Israel.”

“It’s bullsh**, it’s propaganda,” the Israeli ambassador went on. “[Mubarak] came to Israel without a visa. He is a propaganda machine for the Palestinians, so we do not take him seriously”.

Mahmoud Hamad, who is responsible for receiving the conference’s guest delegations after they cross the Allenby border, told Al Jazeera that all the participants were issued Israeli travel permits to enter the West Bank.

“The Israeli border authorities told them all that as participants of the 9th International Conference on Jerusalem, they cannot enter.”

Arrangements, including accommodation, were made for the invitees in Amman instead, and they participated in the conference through satellite video.

Jerusalem cause ‘alive and well’

The first conference was held in 1931 by Jerusalem’s Mufti Hajj Amin Husseini to counter the British Mandate policies affecting the status of Jerusalem.

The second conference was held in 2011, and has been hosted annually since then, with invitations extended to numerous delegations, mostly from across the Arab and Muslim world, “to discuss the importance Jerusalem holds among the three Abrahamic religions in the face of Israel’s intransigence and occupation”.

Khalil Karajeh, a member of the conference’s preparatory committee, said this year’s conference was under the theme of “Jerusalem is the capital of Palestine”.

“It was a challenge to US President Donald Trump’s decision to recognise the city as Israel’s capital,” Karajeh told Al Jazeera.

“The conference is a message to the world that the Jerusalem cause is alive and well in the hearts of people.”

Karajeh said “a lot of our Muslim brothers, especially the Turkish people, feel that visiting Jerusalem is obligatory since it holds Islam’s third holiest site,” referring to al-Aqsa Mosque.

For Ras Mubarak, it was his first attempt to visit the West Bank. He confirmed that he would file a complaint with the Ghanaian parliament.

“What happened is unacceptable,” he said. “Israel is erroneously described as the only democracy in the Middle East, but when I see the gross violation of the rights of Palestinians and friends of Palestine, there is no way it can be described as so.

“If Israel wants its citizens to be treated with respect and dignity, it must reciprocate.”