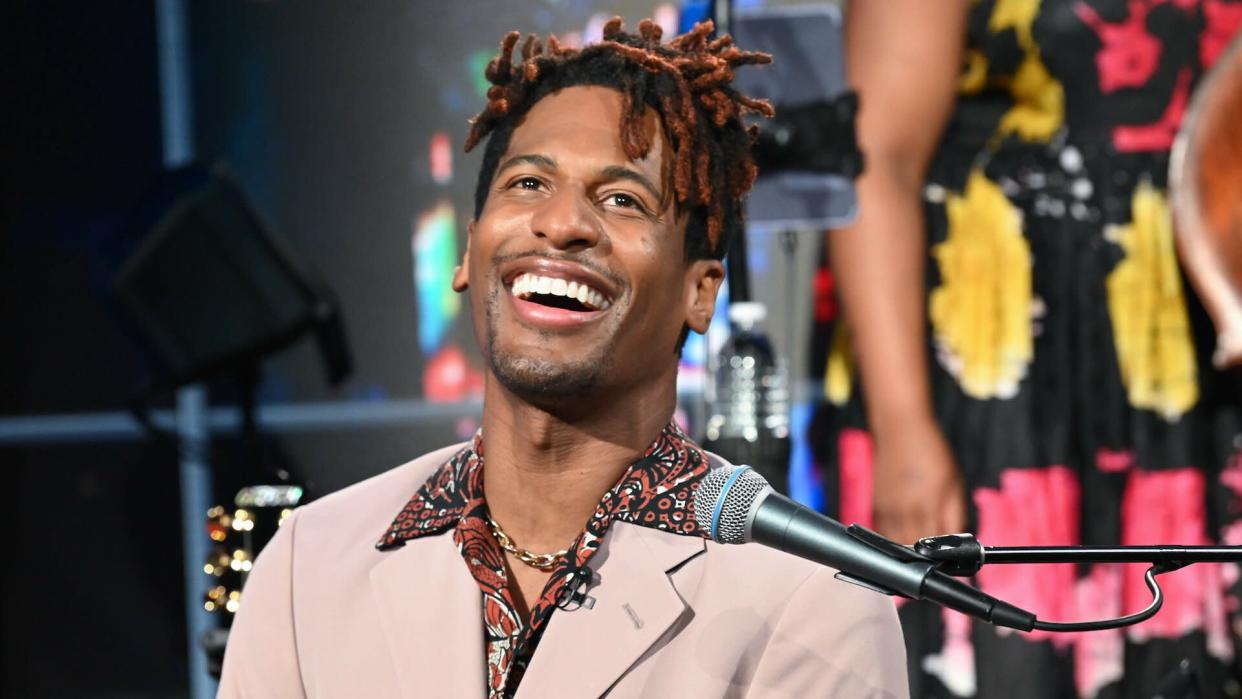 It’s official: Jon Batiste is leaving his role as bandleader at The Late Show after seven years.

The multi-Grammy-winning, Album of the Year artist has led his Stay Human band for Stephen Colbert’s show since it re-launched in 2015. The news was announced by Colbert himself on air on Thursday.

“Jon has decided to leave the show,” he said. “But it’s for all the best reasons, including to continue sharing his art with the world.”

Louis Cato is taking over the role of The Late Show bandleader. The Grammy-nominated artist has been interim bandleader over the summer, and already played in Batiste’s Stay Human band with fellow members Nêgah Santos, Endea Owens, Louis Fouché, Jon Lampley, and Joe Saylor.

Tweet may have been deleted (opens in a new tab)

Batiste has been taking a break from The Late Show since June. It was a well-earned break after both cleaning up the Grammys and spending seven years playing on air — Batiste has been a crucial part of the show every night, through the show’s memorial for Prince, through lockdown shows, to bringing authenticity and genuine love to silly musical bits with Colbert and guest stars.

Colbert explained Batiste was out of town for the announcement, so couldn’t be present on Thursday.

“We’ve been so lucky to have a front row seat to Jon’s incredible talent for the past seven years. And will we miss him here? ‘Yeaaah!’ But we’re happy for you, Jon, and I can’t wait to have you back on as guest with your next hit record. I love you,” Colbert said.

Batiste hasn’t yet commented on his departure publicly, but we’ll update this story when and if he does.