Six years later, he tracked down personal trainer Neil Laybourn via social media and the two became friends. Now they use their compelling story to encourage openness about mental health issues. 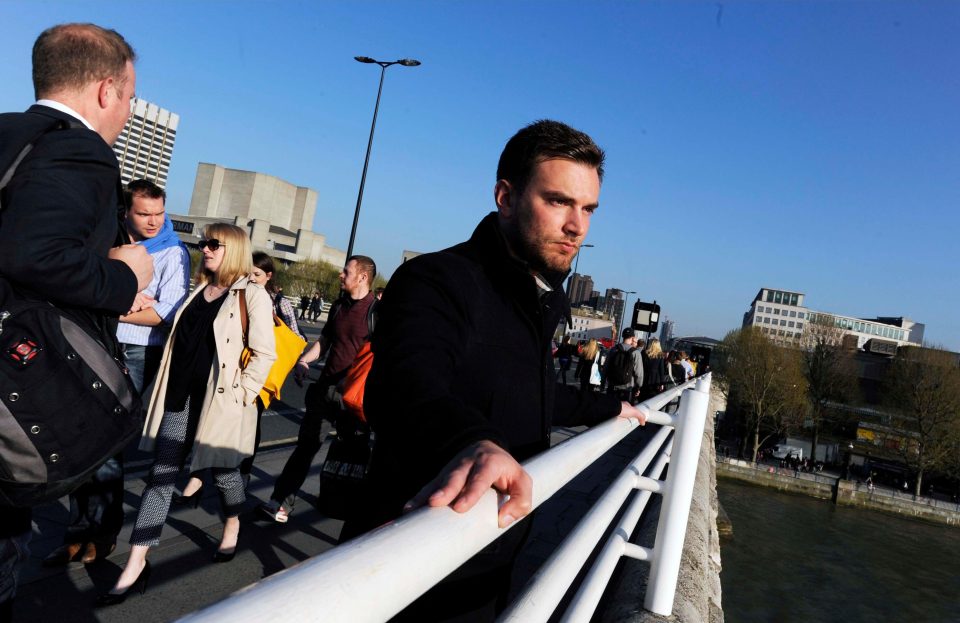 Last year, Prince William presented Jonny with an MBE and has written the foreword for his autobiography The Stranger On The Bridge, out on May 3.

Jonny Benjamin doesn’t look like someone who has repeatedly considered suicide and once almost managed it.

After all, he’s good-looking and articulate with a loving family. . . everything to live for, right?

Just like superstar DJ Avicii who, despite his fame and fortune, reportedly took his own life last month because, according to his family, “he wanted to find peace”. 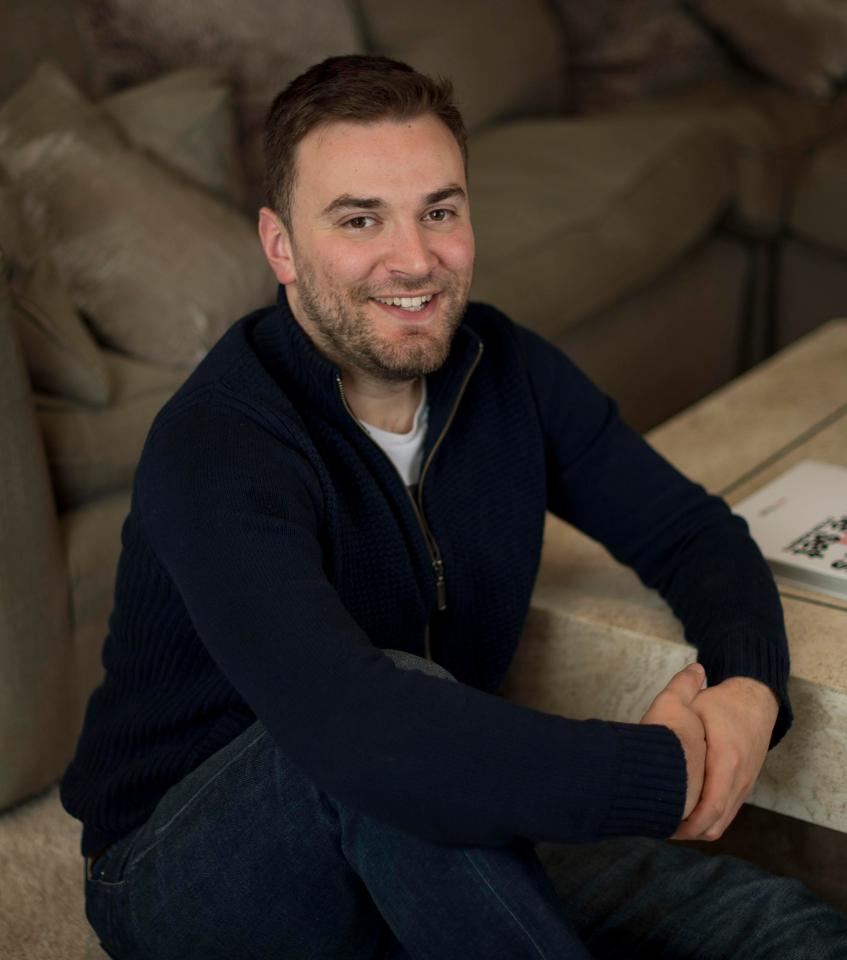 “It doesn’t matter how successful or talented you are, it could happen to anyone,” says Jonny ruefully.

“I can’t speak for Avicii, but all you experience is that intense pain in your head. You’re so desperate to stop it, to end being a burden, and that’s the only way you know out of it.”

On January 13, 2008, Jonny felt an “overwhelming, desperate need to find peace”. The 20-year-old climbed over the barrier of Waterloo Bridge and sat staring at the churning waters below as a stream of seemingly oblivious commuters trudged past him. 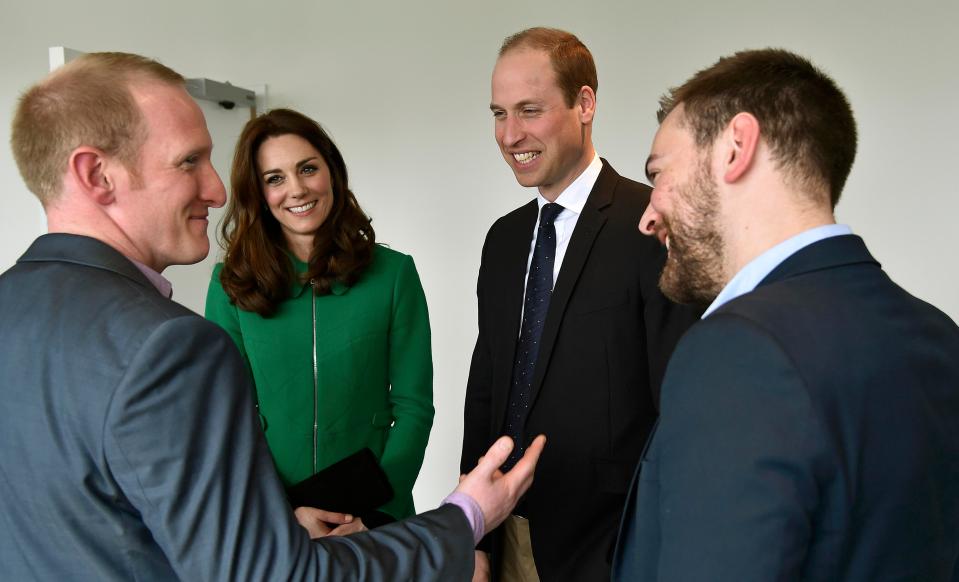 “Why are you sitting on the bridge?” said a male voice.

Jonny told him that he was going to jump, that he’d been diagnosed as schizophrenic and that, up until that point, he thought everyone heard voices in their heads.

“It was the first time I’d opened up so frankly,” says Jonny, now 31, who lives in South London.

“Somehow I felt safe with this stranger. There was no judgment there.”

The stranger, Neil Laybourn, suggested they go for a coffee but, just as Jonny had climbed over the railings, the police arrived and handcuffed him.

He was taken to hospital and sectioned. 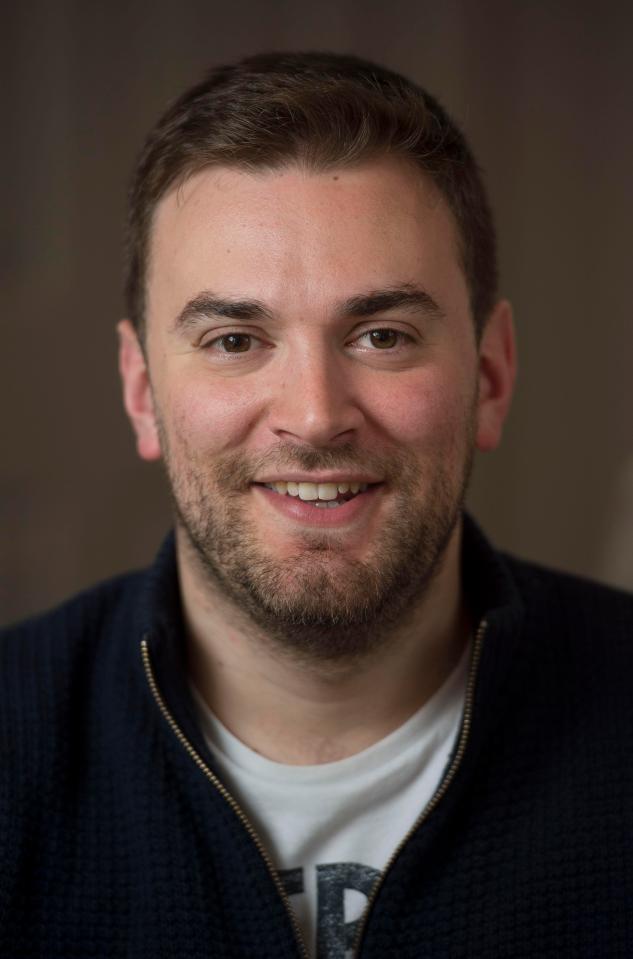 It was the latest chapter in a torturous journey of mental health issues that started when he was four years old and a friend brought round the BFG film about a “friendly giant”.

“I now know these weren’t just night terrors but my first hallucinations.”

Someone once described mental illness as “like having a washing machine in your head” and Jonny, who takes pills daily to suppress anxiety, depression and psychosis and sees a therapist, identifies with this.

As a teenager, he became convinced he was starring in The Truman Show, the Jim Carrey movie about a man who unwittingly lives under surveillance as part of a reality TV show. 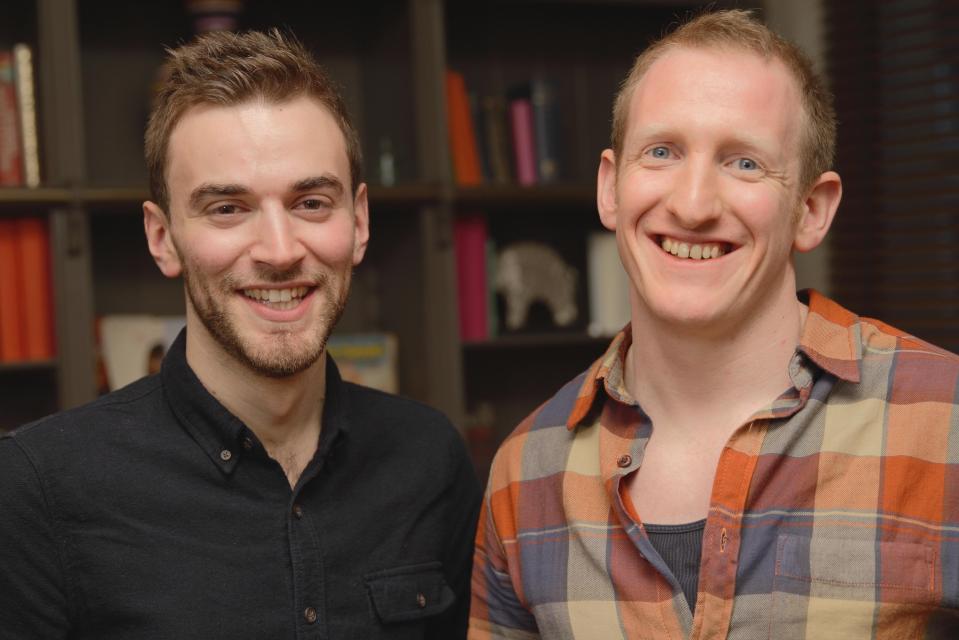 He freely admits that, to this day, he occasionally still struggles to suppress this delusion as well as the voices of self-criticism.

“Last February, I relapsed. I was back in The Truman Show, shouting at Neil, ‘You’re an actor’. It was awful. He handled it brilliantly.

“In the early days, it was like an angel, and I thought I was blessed.

“Then it became devil-like saying, ‘If you don’t do this, I’m going to punish you’.” 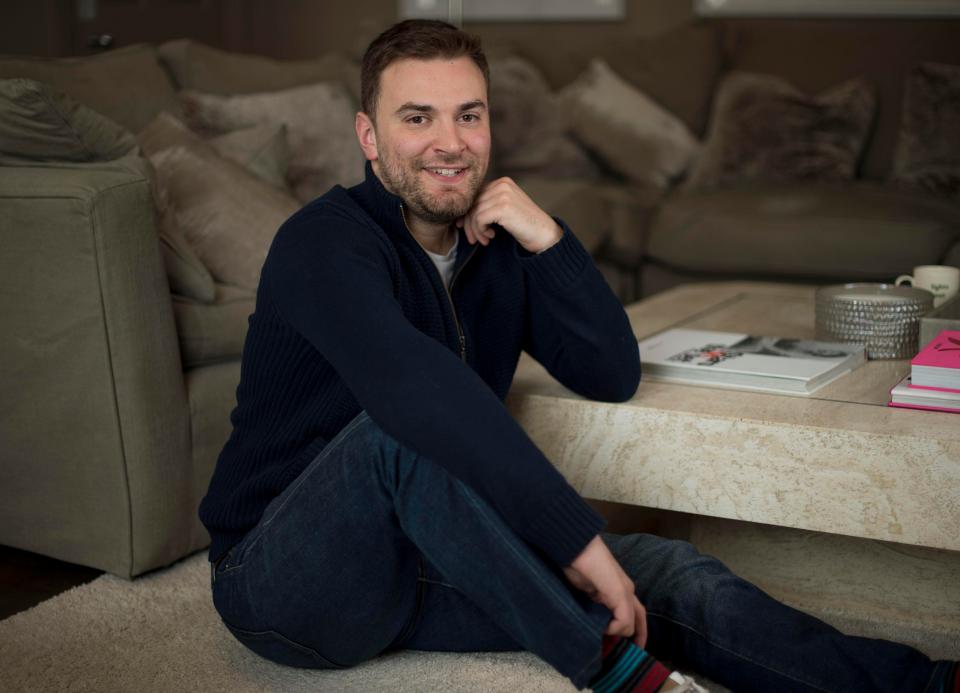 Jonny’s exact diagnosis is schizo-affective disorder, a combination of schizophrenia and bipolar disorder with symptoms such as psychosis, mania and depression.

In the book dedication, he thanks his mum Helen, and dad Michael, who live in Bushey, Herts, and adds: “Please don’t blame yourselves”. What does he mean by this?

“My mum, in particular, felt that she should have known, but I tell her that I hid it so well,” he smiles sadly.

“I meet mums who have lost sons to suicide and there is so much guilt, it’s so sad.” 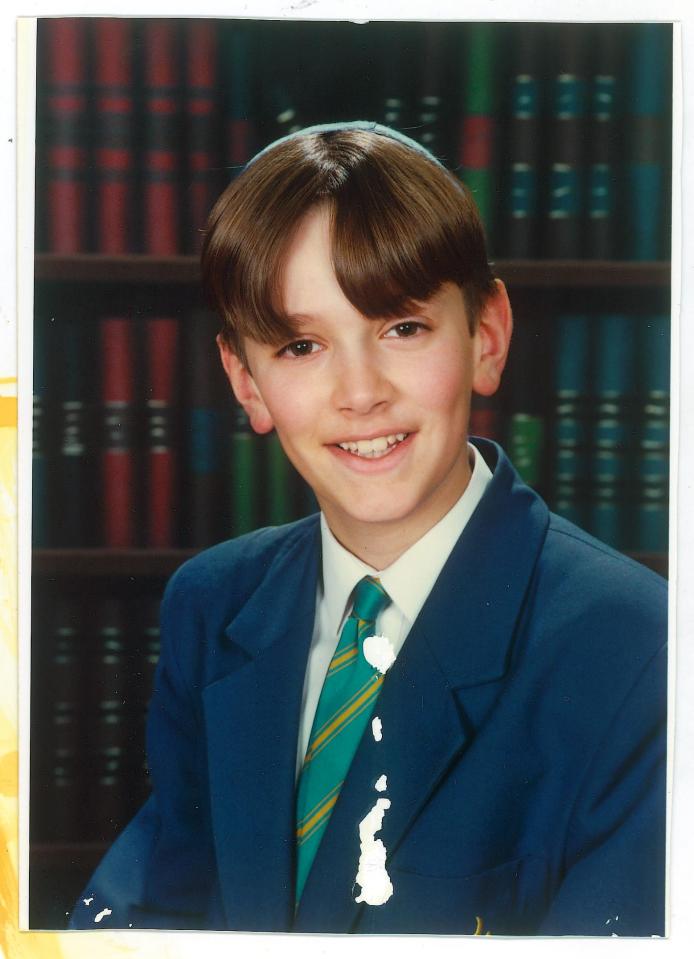 He talks about standing with a mother at the grave of her son, who had killed himself, and her saying: “One of the hardest gifts to buy a child is a headstone. It’s the final gift.” Standing on the bridge all those years ago, he thought his family’s lives would improve by not having to deal with the rollercoaster ride of his breakdowns and hospital stays.

When the police called his mother to say he’d tried to kill himself, he says: “I heard Mum’s scream from the back seat of the car. I can still hear it to this day.”

Does he think that, without Neil’s intervention, he would have gone through with it?

He considers the question for some time, clearly torn between not wanting to cause further hurt and a need to tell the truth, not least about his sexuality. 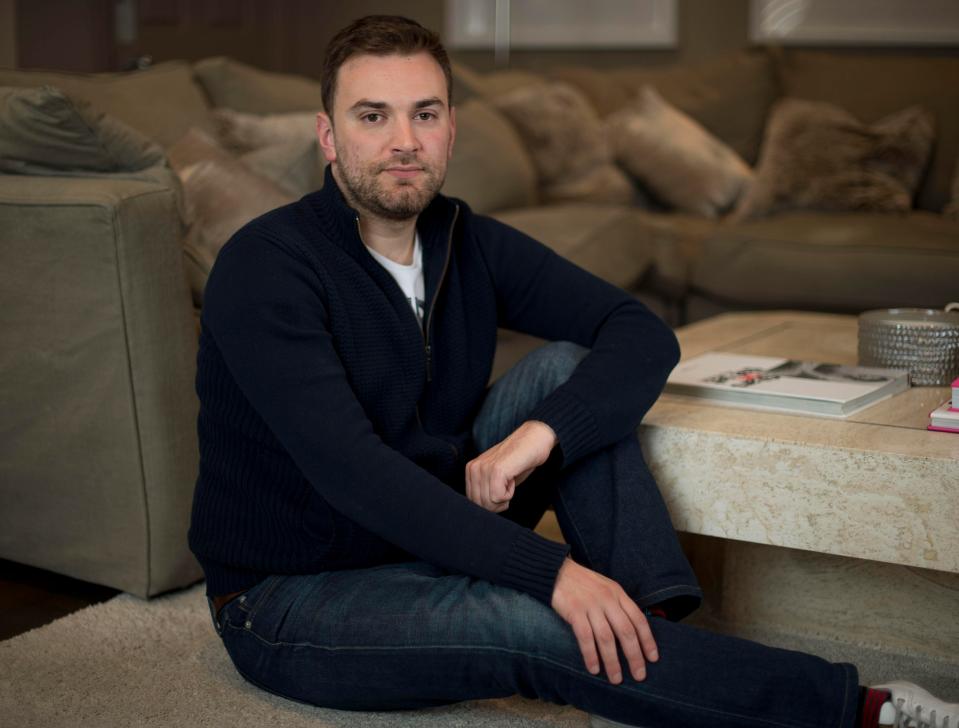 “I know I wasn’t planning to come back because I’d torn out the pages in my diary, which said I had been with a man.

“I wanted to die without people knowing I was gay. So yeah, I had made up my mind.”

Brought up in the Jewish faith, Jonny felt ashamed of his sexuality for many years, but when he eventually told his parents at the age of 21, “they were amazing”.

However, dealing with their son’s mental illness diagnosis proved tougher.

“My dad was diagnosed with prostate cancer a couple of years ago. Everyone understood it. You’re going to have a month of radiotherapy, then laser treatment, etc. All positive and spoken about. 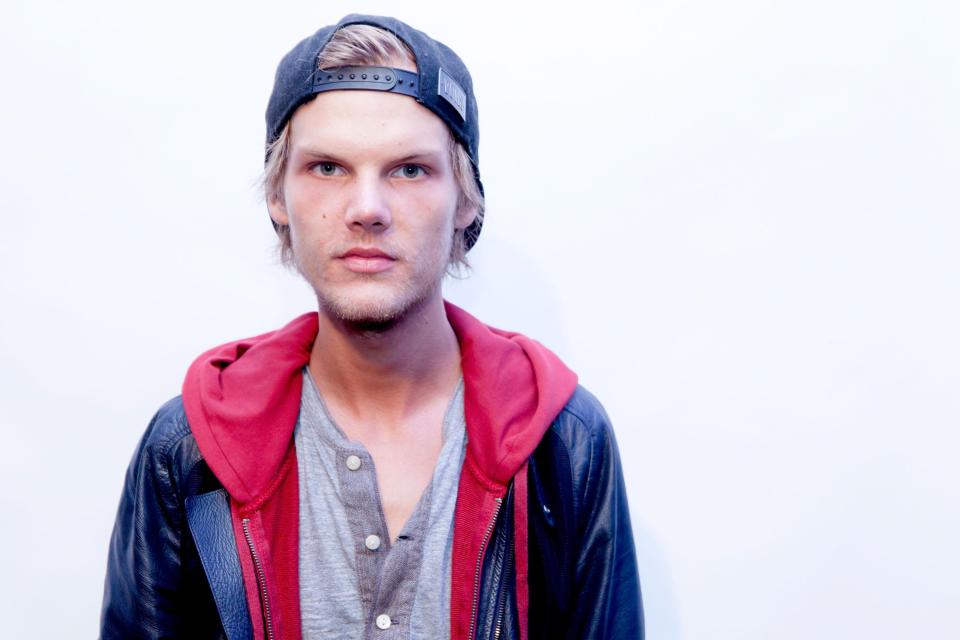 “Whereas, when I was ­diagnosed, me and my family couldn’t say the word ­schizophrenia for a few years.

We told loved ones, ‘Oh he’s really exhausted,’ or ‘he’s having a depression’. It took a while to say schizoaffective because of the stigma.” It’s a stigma that, with his “guardian angel” Neil’s help, he’s determined to try to remove.

The pair are setting up a charity, Beyond Stigma, Beyond Shame, and visit schools and prisons to try to promote understanding of mental illness. He says teachers have told him they are seeing four-year-olds with symptoms of anxiety, so it’s crucial to start early. He wants it in the school curriculum.

Jonny says: “The Department of Education has submitted a Green Paper on more mental health education in schools and it’s going through consultation, so hopefully that will result in a change. 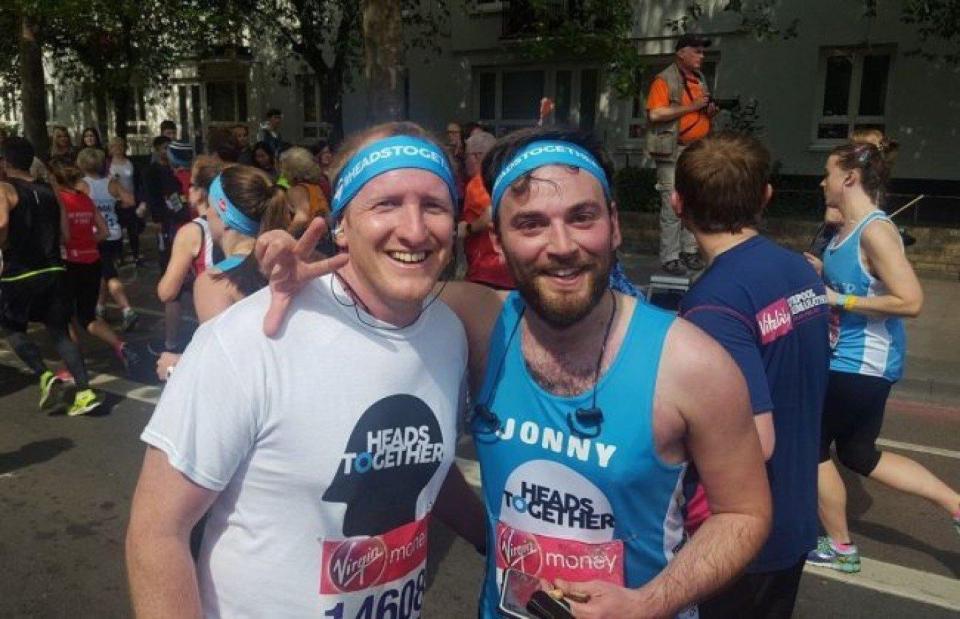 “Around 1,600 young people take their lives every year, many of them while waiting for vital treatment. And three quarters of them are male. We’re told we have to ‘man up’, that ‘big boys don’t cry’ and we need to remove that stigma.”

“That’s why it’s so great that sportsmen like Freddie Flintoff are talking about their problems. And Prince Harry talking about going for counselling over his mother’s death.”

Last year, the Princes persuaded Jonny and Neil to run the London Marathon in aid of their charity, Heads Together.

Nine years after he had been close to jumping off Waterloo Bridge, Jonny ran under it alongside the man he credits with saving his life. 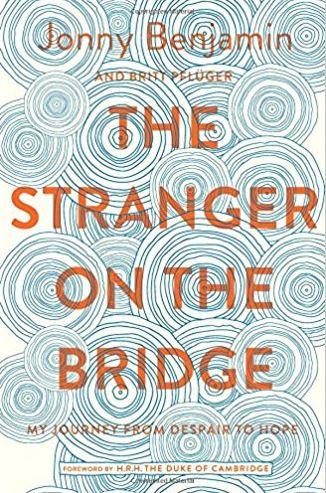 Just like Jonny and his “stranger on the bridge”.