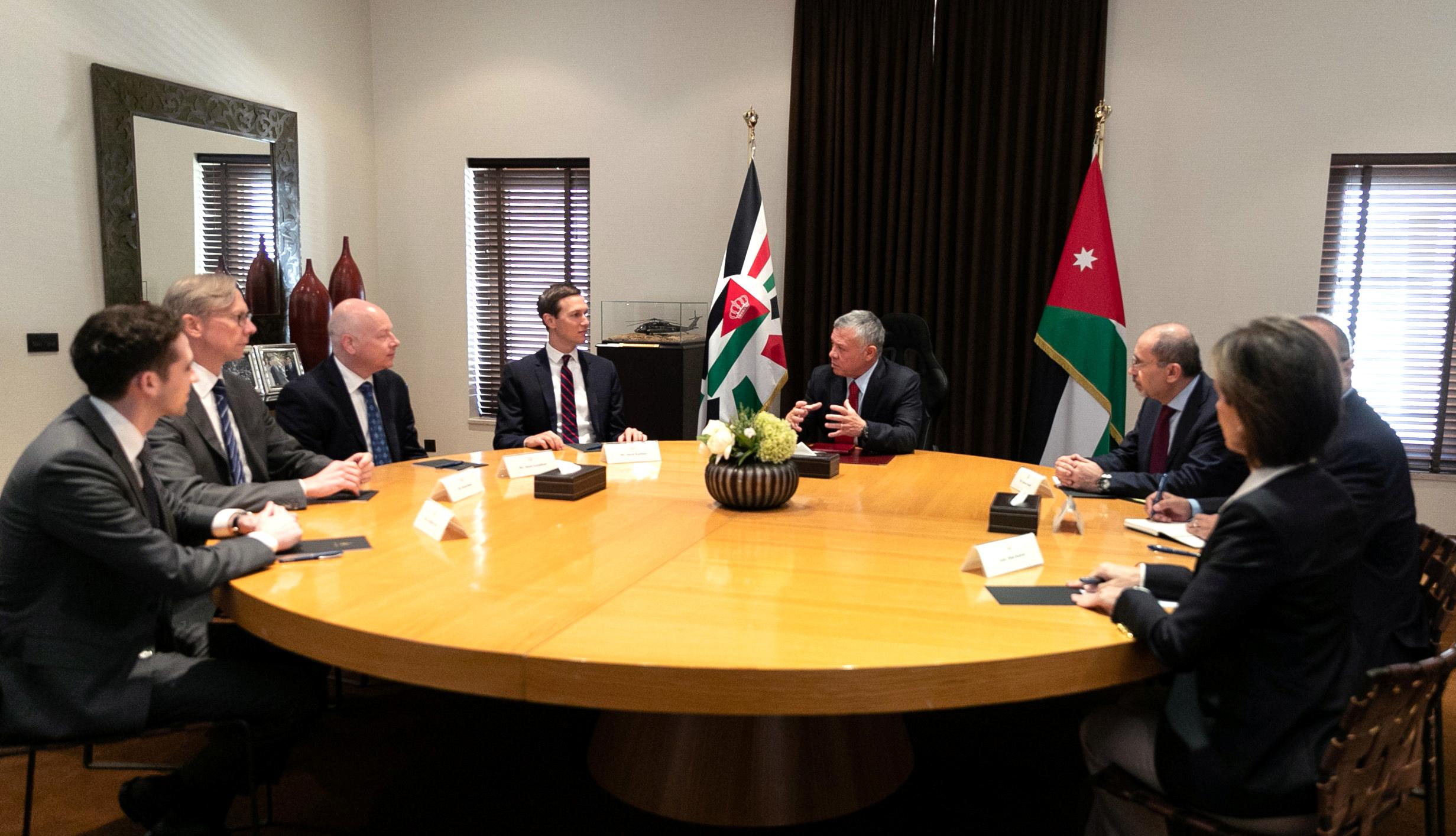 AMMAN (Reuters) – Jordan’s King Abdullah told U.S. President Donald Trump’s adviser Jared Kushner on Wednesday that a lasting Middle East peace can only come with the creation of a Palestinian state on land captured by Israel in a 1967 war and with east Jerusalem as its capital.

Kushner is leading a U.S. delegation to the Middle East this week seeking support for a late June workshop aimed at helping the Palestinians, a White House official said on Tuesday.

A palace statement said the monarch, who aides say has been deeply concerned about the still-secret U.S. plan to end the Arab-Israeli conflict, told Kushner Israel had to withdraw from the West Bank that was under Jordanian control which Israel captured in the 1967 Arab-Israeli war.

“His Majesty stressed the need for a comprehensive and lasting peace based on a two-state solution, leading to an independent Palestinian state on 4 June 1967 lines with east Jerusalem as its capital, the palace statement said.

Jordan is worried the plan could jettison the two-state solution – the long-standing U.S. and international formula that envisages an independent Palestinian state alongside Israel in the West Bank, east Jerusalem and Gaza.

U.S. officials have said the trip, which began in Rabat and will include Jerusalem, was to bolster support for a June 25-26 conference in Bahrain, in which Kushner is to unveil the first part of Trump’s long-awaited Israeli-Palestinian peace plan.

The plan, touted by Trump as the “deal of the century,” is to encourage investment in the West Bank and Gaza Strip by Arab donor countries before grappling with thorny political issues at the heart of the conflict.

israel, Jordan, MIDEAST, P, Us, USA
You may also like:

NJ casino-goers using Waze are getting stranded on a wildlife reserve 45 miles away, police say

Woman is reunited with her long-lost father, 72, after 56 YEARS