Jakarta: Indonesian authorities have arrested a US journalist and detained him for more than a month for travelling on the wrong visa.

Thirty-year-old Phil Jacobson was detained on December 17 as he was preparing to leave Palangkaraya, a city in Central Kalimantan province, a day after attending a meeting with an indigenous rights advocacy group.

Jacobson works as an editor for Mongabay, a respected online environmental news outlet with offices around the world and which publishes in nine languages.

He was detained by immigration officials at the airport for travelling on a business visa rather than a journalists' visa. Indonesia maintains strict laws for foreign journalists who wish to work in the country. 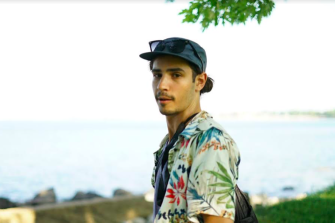 Mongabay editor Phil Jacobson was detained on December 17 after preparing to leave a city in Central Kalimantan on the island of Borneo.Credit:Twitter

The US citizen, who was due to fly back home on December 24, was interrogated by authorities about his activities and remained under city arrest in Palangkaraya until January 21, when he was formally arrested and charged with violating immigration laws.

He is now being held in a jail cell in Palangkaraya and faces up to five years jail if found guilty.

Human Rights Watch Indonesia researcher Andreas Harsono said that "journalism is not a crime" and Jacobson should be released.

"This case is an administrative matter, not a criminal one. In many [similar] cases, the journalists were simply deported [and the] case closed. Immigration is being excessive in prosecuting Jacobson," he said.

"Philip Jacobson’s treatment is a worrying sign that the government is cracking down on the kind of work that is essential to the health of Indonesian democracy."

Mongabay Founder Rhett Butler said the publication was making every effort to comply with Indonesia’s immigration authorities, and that "I am surprised that immigration officials have taken such punitive action against Philip".

Last year, Indonesia Immigration authorities cracked down on academics travelling to the country without the proper research visa in hand and deported, among others, two well-respected Australian academics.

a, crime, e, is, journalism, not
You may also like: