Judge praises Korean War veteran, 85, and his wife’s ‘remarkable bravery’ for SITTING on knife-wielding burglar who tried to steal prized model railway collection as he jails him for two years

A judge praised the ‘remarkable bravery’ of an 85-year-old Korean veteran and his wife who sat on a violent house burglar when he tried to steal his prized model railway collection.

Barnes was carrying a metal butter knife in the front pocket of his jacket and had used a brick to smash his way in to the rural property while the couple slept, a court heard. 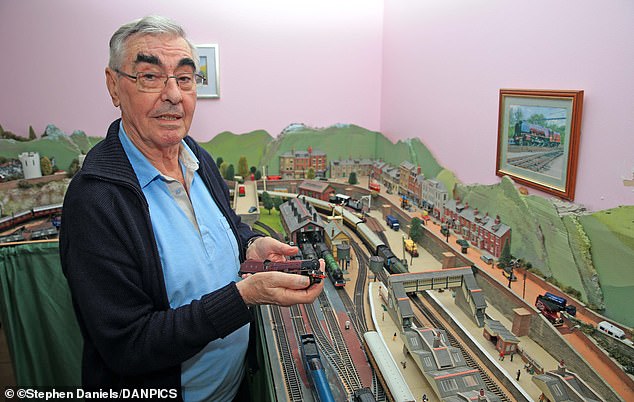 Mrs Headington was woken at 1am by the sound of Barnes breaking in through their kitchen door, Lincoln Crown Court was told.

Andrew Scott, prosecuting, said Mrs Headington saw the light on in the upstairs room where her retired husband kept his prized model railway collection and decided to ring the police.

Mr Headington, who served in the Korean War and has had two hip replacements, got Barnes in a bear hug as he emerged from the room carrying some of his most valuable model trains.

‘As Barnes continued down the stairs he ripped the phone from Mrs Headington but then fell down and rolled on to the floor near some cupboards.

Barnes was found to be drunk and told officers he had to commit the burglary to survive because he was homeless.

A metal butter knife and some of Mr Headington’s train collection were recovered from Barnes on his arrest. 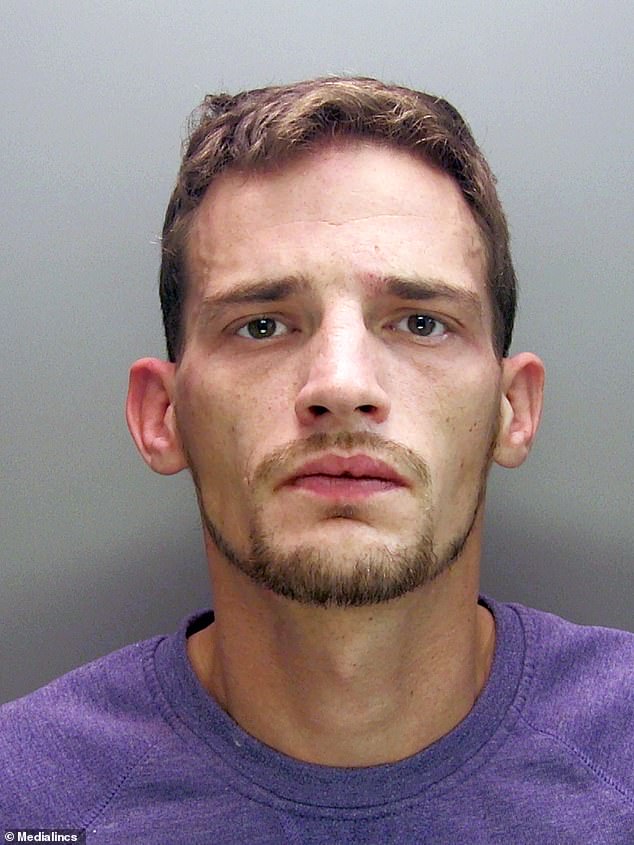 Barnes, 28, was sentenced to two years imprisonment for burglary and an extra four months for the knife offence

During interview, Barnes claimed to have no memory of the burglary after drinking a litre of vodka and whiskey.

Moving victim impact statements from Mr and Mrs Headington were read out during the hearing.

Mr Scott added: ‘Mr Headington was a lifelong railway worker and since his retirement has expressed his affection for his job through two model railways in his home.

‘Four of the engines taken in the burglary were valued at £500 and five of the carriages at £200.

‘The engines were of particular sentimental value as they were models of trains Mr Headington worked on as a young lad.

‘Mr Headington has sought an expert to examine the damage but has been told the parts can not be replaced which has left him heartbroken.

‘Mrs Headington says the couple were both injured during the confrontation and now struggle to sleep.’

Barnes, of no fixed address, admitted carrying out the burglary on November 20 and a second charge of possessing a bladed article.

The judge told Barnes: ‘Mr and Mrs Headington must have been terrified by the presence of you in their home, purporting violence against them.

‘They have behaved with remarkable bravery. It is a testimony to them that they managed to hold you until the arrival of the police.’

Judge Hirst sentenced Barnes to two years imprisonment for the burglary and an extra four months for the knife offence.

The judge added: ‘The occupants were at home, you took highly sentimental items and damaged them beyond repair.

‘Violence was used against the Headington’s. It is right to say it was not punches, but you barged past an 85-year-old man.

‘People who carry knives, even if they are not produced when committing a burglary, must receive a consecutive sentence of imprisonment.’

Neil Sands, mitigating for Barnes, said he did not punch or kick his victims.

‘This was a man who was clearly very drunk,’ Mr Sands added.

judge, korean, praises, veter, War
You may also like: