A railway station in Norfolk is Britain’s quietest station according to the Office of Rail and Road.

Figures revealed that Berney Arms station served only 42 passengers in the past year, between April 2019 and March 2020.

The station, which  was named after a nearby pub, which is now closed, is on a single-track line between Reedham and Great Yarmouth and is only accessible on foot. 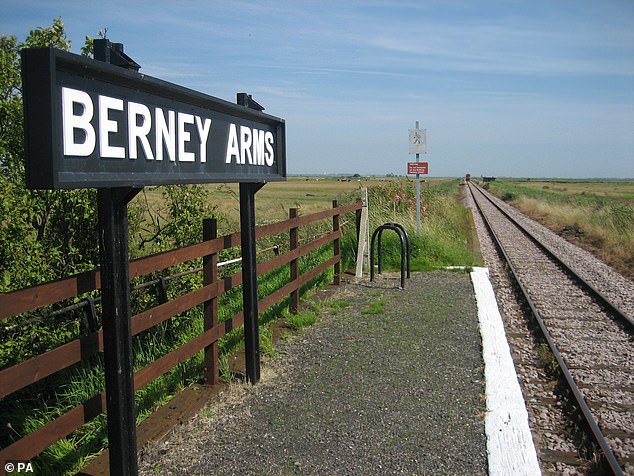 It is three miles from the nearest public road and  passengers who want to get off at the single platform station must make a request to the train crew.

Despite a 7.29 million year-on-year decrease in the number of passengers due to strike action and the coronavirus pandemic, London Waterloo remained the busiest station for the 16th consecutive year. 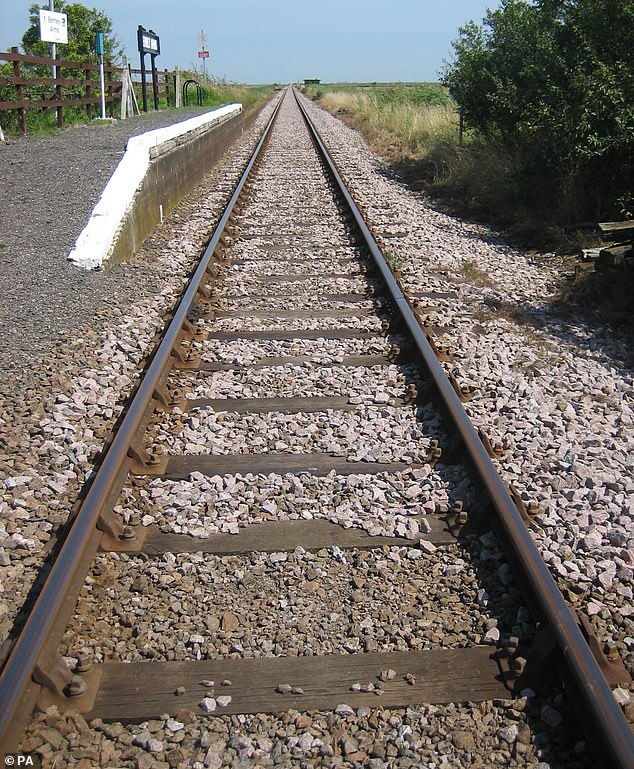 The other five railway stations in Britain with fewer than 100 entries are Elton and Orston, Nottinghamshire (68); Stanlow and Thornton, Cheshire (82); Havenhouse, Lincolnshire (84); Denton, Greater Manchester (92); and Polesworth, Warwickshire (96).

Many stations are kept open despite being rarely used because it is easier to arrange for a train to stop infrequently than obtain permission to close a station.

The busiest station in Wales was Cardiff Central with 12.7 million passengers, a decrease of 260,000 compared with last year.

Jay Symonds, ORR senior statistical analyst, said: ‘The dramatic drop in passenger numbers towards the end of March due to Covid-19 explains much of the drop in usage compared to last year.

‘Despite this, Waterloo remains top but we saw a change in the least used station with Berney Arms taking the spot from Denton and Stanlow & Thornton.

‘With numbers staying at historically low levels during 2020, there is no doubt that next year’s figures will look a lot different.’

Top 10 busiest stations in Great Britain and outside London

Top 5 stations with the most interchanges in Great Britain