Kayaker who lost her camera in the sea reunited with device

Happy snapper! Kayaker who lost her camera in the sea three years ago is reunited with device and the pictures were still intact

A kayaker who lost her camera in the sea three years ago was reunited with the device – and all the pictures were still intact.

The 22-year-old dropped her camera in the sea in 2016 near Fliquet, Jersey, was amazed when she was reunited with it three years later with all her photos still visible.

She was out on the water with a friend, Baz Le Seeleur, when they got into difficulty and were caught in a rip tide. 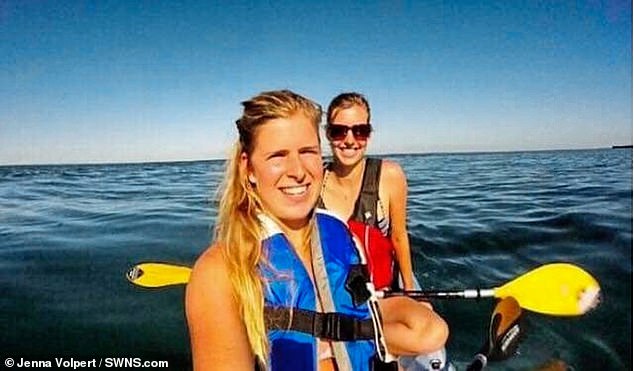 Jenna Volpert (front) and friend Baz Le Seeleur with a photo, recovered from the memory card, shortly before the camera went missing 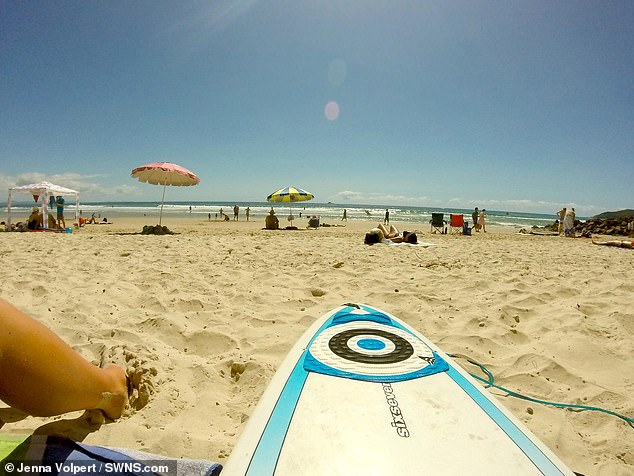 As the pair battled to get to safety the kayak capsized and a GoPro they were carrying was lost over the side when it was ripped off her wrist.

But the camera was found last week and Ms Volpert, from St Clement, Jersey, has managed to retrieve the pictures from the memory card, despite it spending three years in the ocean.

The camera was discovered in rocks by Clive Dunford and the camera was reunited with Ms Volpert when he posted the photos from the device on Facebook in an appeal for the rightful owner.

She said: ‘We went kayaking from Fliquet to La Coupe to have a picnic there but on the way back we got caught in a rip-tide.

‘The kayak capsized and when we tried to pull it back over, the Go-Pro was ripped off my wrist. 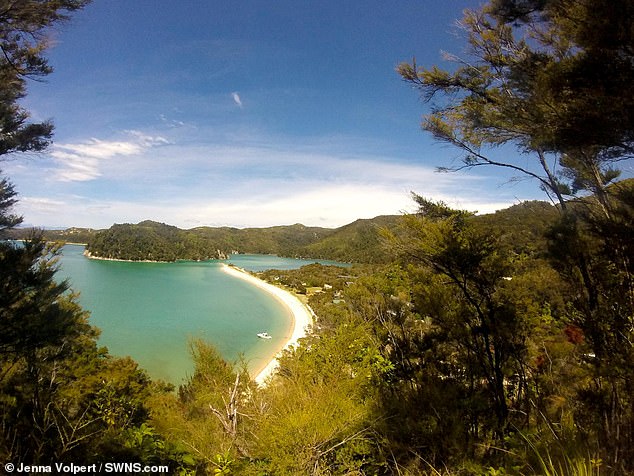 ‘We were eventually able to get close to the rocks, flip it back over and paddle into shore and we kind of knew it [the camera] was gone forever.

‘At the time, I was just happy to have got back to land but over the next few days I realised that I had lost all my photos that I had taken on it from eight months of travelling.’

However, Mr Dunford, a cardiac physiologist at the General Hospital, was out exploring the east coast of the Island with his family at the weekend when he found the camera.

He said: ‘I went down to La Coupe with my wife and two children to look for crabs and fish in the rockpools and I came across a Go-Pro in a rocky, sandy area and took it home. 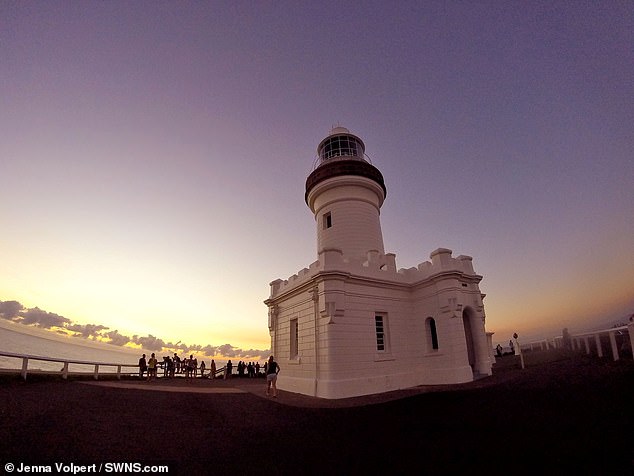 ‘It was absolutely mangled but I managed to get the card out and found loads of photos of people on it and put it on Facebook.

‘Within an hour of putting them up, my son’s school teacher messaged me, saying that she knew who it was. It turns out that it had been missing for two and a half years.’

Clive said that Baz collected the camera and memory card from his home on Tuesday and gave him a bottle of wine as a token of thanks.

He added: ‘I am really happy about it. There are so many bad things on Facebook nowadays so to have this happen is really positive – it is really nice.’

camera, Kayaker, Lost, reunit, Sea
You may also like: